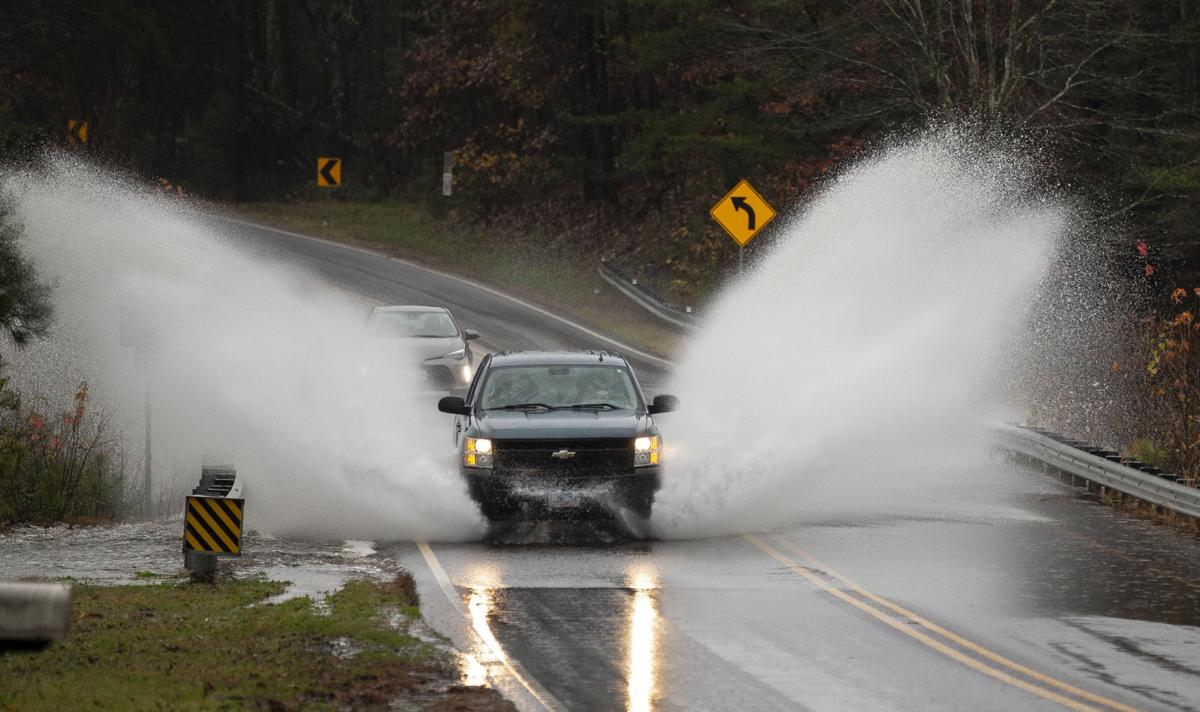 A pickup splashes through water washing over State Route 2 in Caroline County as rain continued to fall on Thursday. 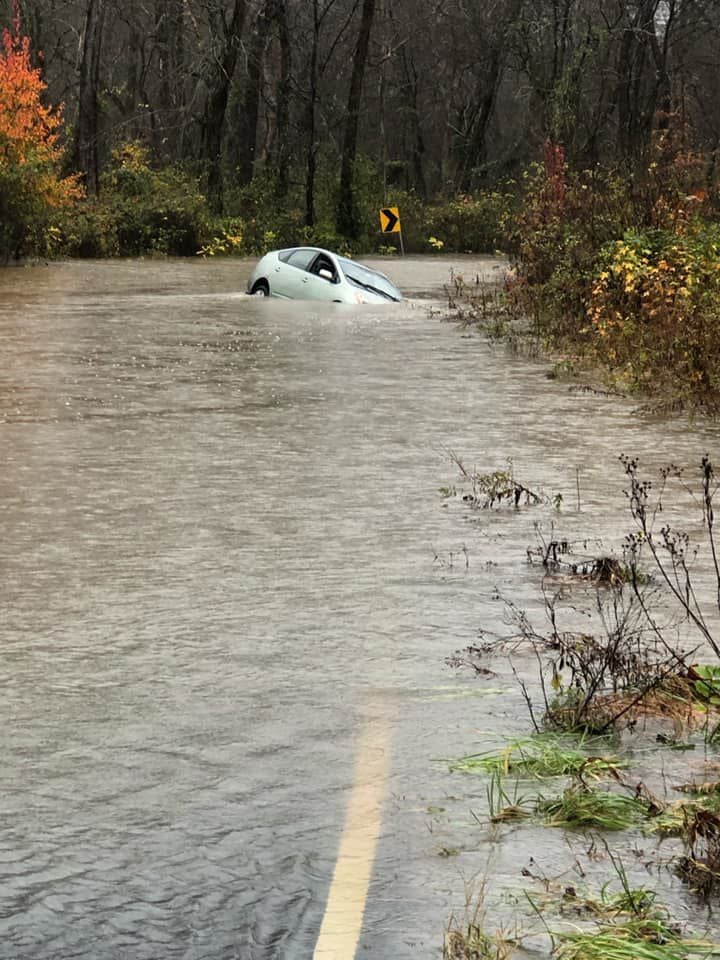 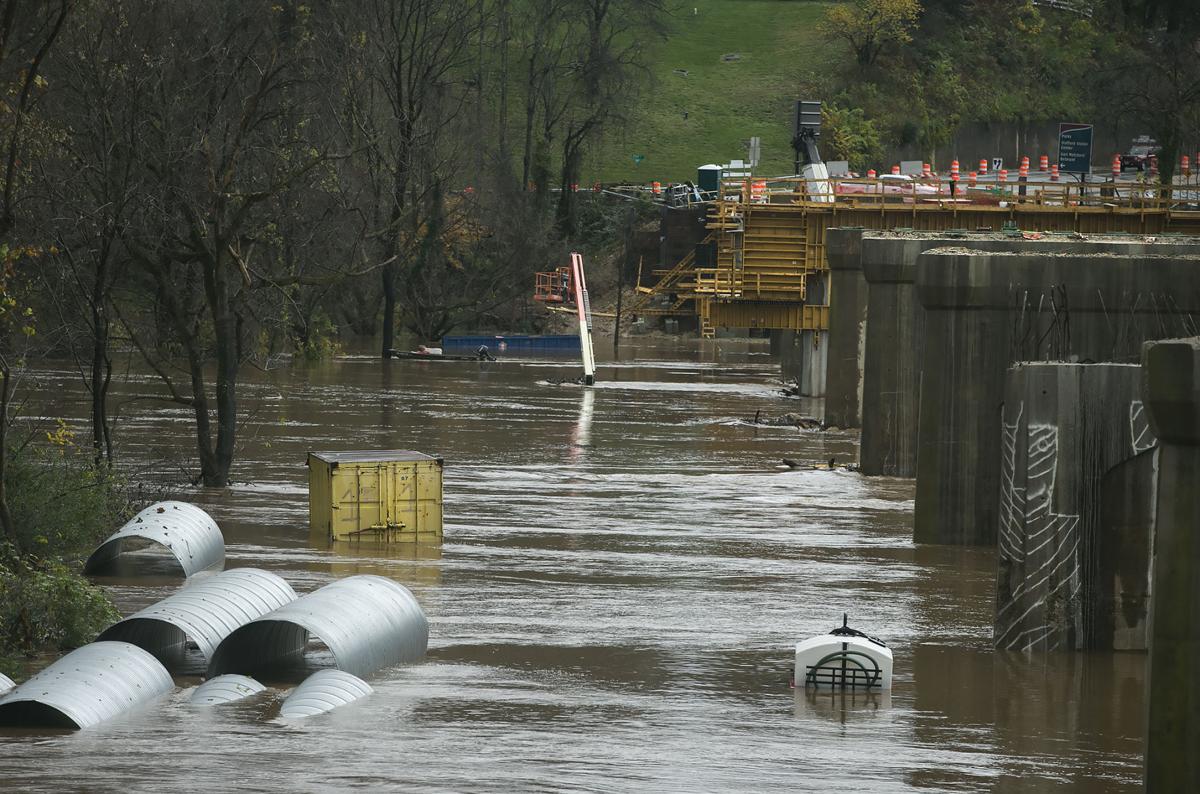 High waters on the Rappahannock flow over and past construction equipment at the Chatham Bridge site. 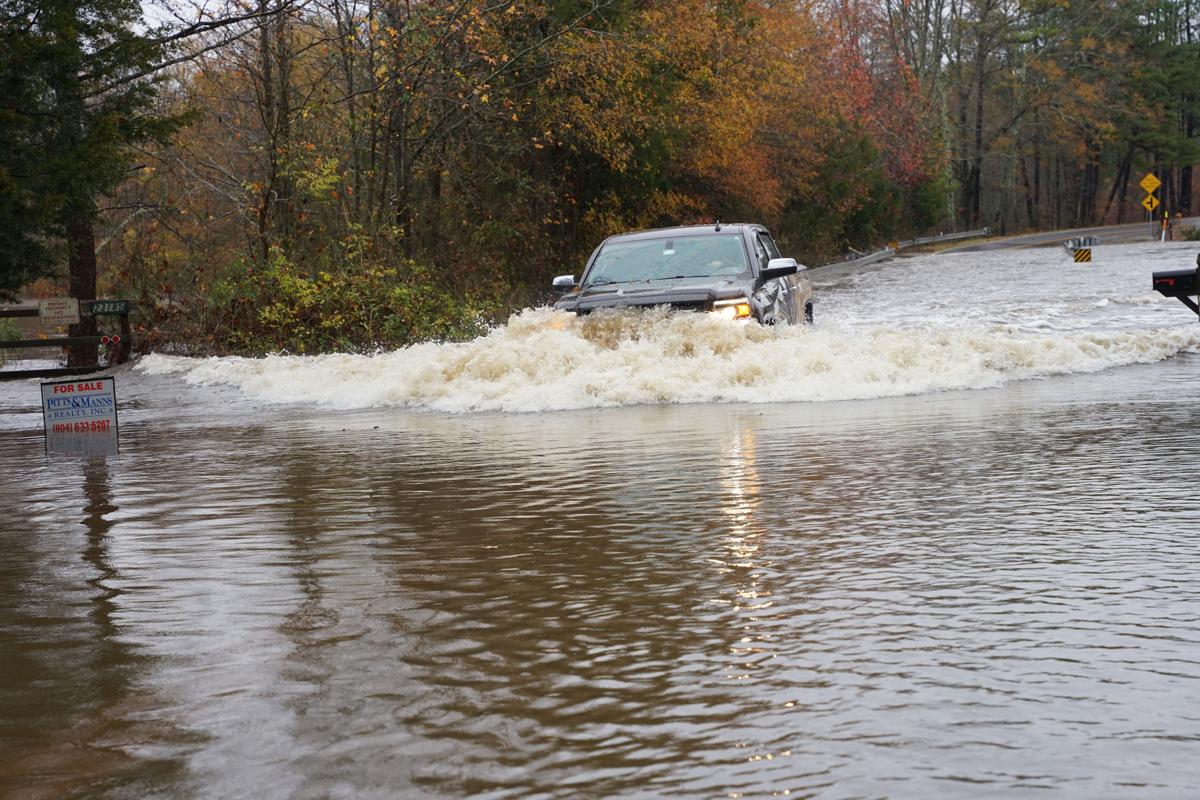 A pickup truck goes through high water on Sparta Road in Caroline County on Thursday. 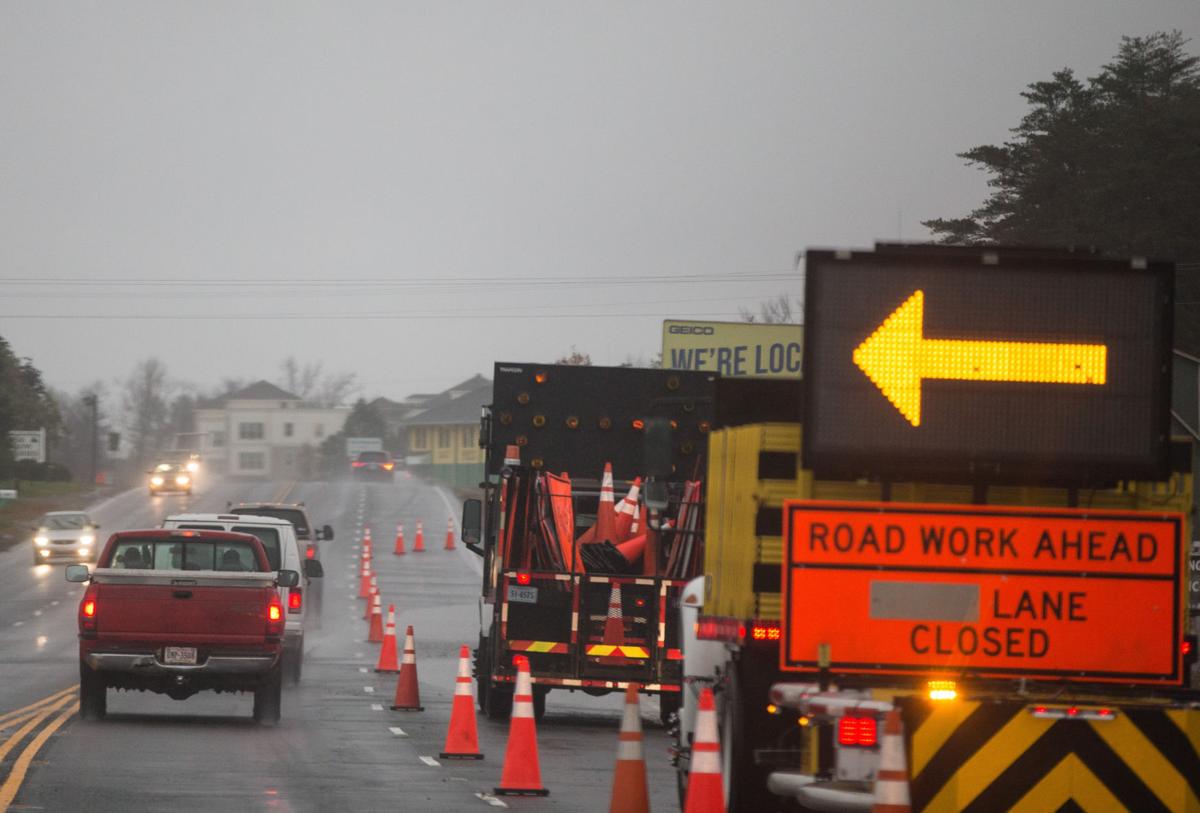 Water blocks a northbound lane on U.S. 1 in Spotsylvania, where several roads were closed due to flooding.

By SCOTT SHENK AND JAMES SCOTT BARON THE FREE LANCE–STAR

The Virginia Department of Transportation crews were being “mobilized overnight as needed to respond to any new reports of standing water or flooding,” said local VDOT spokeswoman Kelly Hannon said Thursday.

As of Thursday evening, about 20 roads and bridges in Stafford, Spotsylvania and Caroline counties were closed because of flooding, according to Hannon. Many other roads have high water advisories posted.

And secondary roads weren’t the only ones affected. Areas of U.S. 1 were still under high water advisories late Thursday. Water wasn’t the only concern. Caledon Road near Cottonwood Court was closed because of a downed tree.

The heavy rains once again plagued residents along a rural southern Stafford roadway prone to flooding.

“People could not get home or make it to work today. It’s sad,” said Kim Farley, of Blossom Tree Court. “We all work, and we’re stranded. What happens if someone has a heart attack? EMS can’t even get through.”

About 300 homes are situated near the flood-prone stretch of Brooke Road that parallels Accokeek Creek from Andrew Chapel Road to the canoe launch at Crow’s Nest Natural Area Preserve.

“It’s like the worst it’s ever been,” said Karen Kalinski of Maplewood Drive. “Today, people in F250s were even saying, ‘No way I’m going through it.’ It’s really bad. The county has got to prioritize this problem.”

By early Thursday evening, Farley said several stranded vehicles had already been removed from ditches along the roadway, and residents still couldn’t pass through safely.

“I’ve lived here 10 years and this is horrible,” said Farley. “We can’t get the county to do anything about this.”

Farley contacted VDOT early Thursday morning seeking help to alleviate the problem, but there was nothing the transportation agency could immediately do.

“They said there’s nothing they can do because there’s nowhere to put the water,” said Farley.

“We do have to wait for the water to recede at this point,” said VDOT spokeswoman Hannon. “We are monitoring the situation, and we will reopen that road as soon as possible.”

Hannon said the road had been closed since shortly after midnight Wednesday.

Last month, Hannon said VDOT has already spent about $500,000 on the stretch of road in recent years to mitigate the recurring flooding, including the installation of a soil retaining wall.

In mid-September, county supervisors tapped into reserve money from the transportation fund to repair culverts in the area, but Hannon said that work has not been completed.

Last month, residents said they ultimately favor a total rebuild of roadway as a permanent solution to the problem, over temporary culvert repairs and water removal. The new roadway residents desire, includes a costly elevation and realignment of the travel lane above the waterline.

“Just replacing the culvert there is going to be a waste of money and we’re still going to have issues,” said Janice Ryan of Blossom Tree Court. “They really need to lift the road.”

As of 5:20 p.m. Thursday, the University of Mary Washington Weather Station reported that 2.6 inches of rain had fallen in the area since Wednesday.

Rain was expected to taper off overnight, with patches of drizzle continuing into Friday morning, the National Weather Service said. The area is under a flood warning through Friday evening.

In-person classes at area schools were canceled on Thursday, Nov. 12, 2020 due to flooding on area roads in the Fredericksburg region. The hig…

A pickup splashes through water washing over State Route 2 in Caroline County as rain continued to fall on Thursday.

High waters on the Rappahannock flow over and past construction equipment at the Chatham Bridge site.

A pickup truck goes through high water on Sparta Road in Caroline County on Thursday.

Water blocks a northbound lane on U.S. 1 in Spotsylvania, where several roads were closed due to flooding.