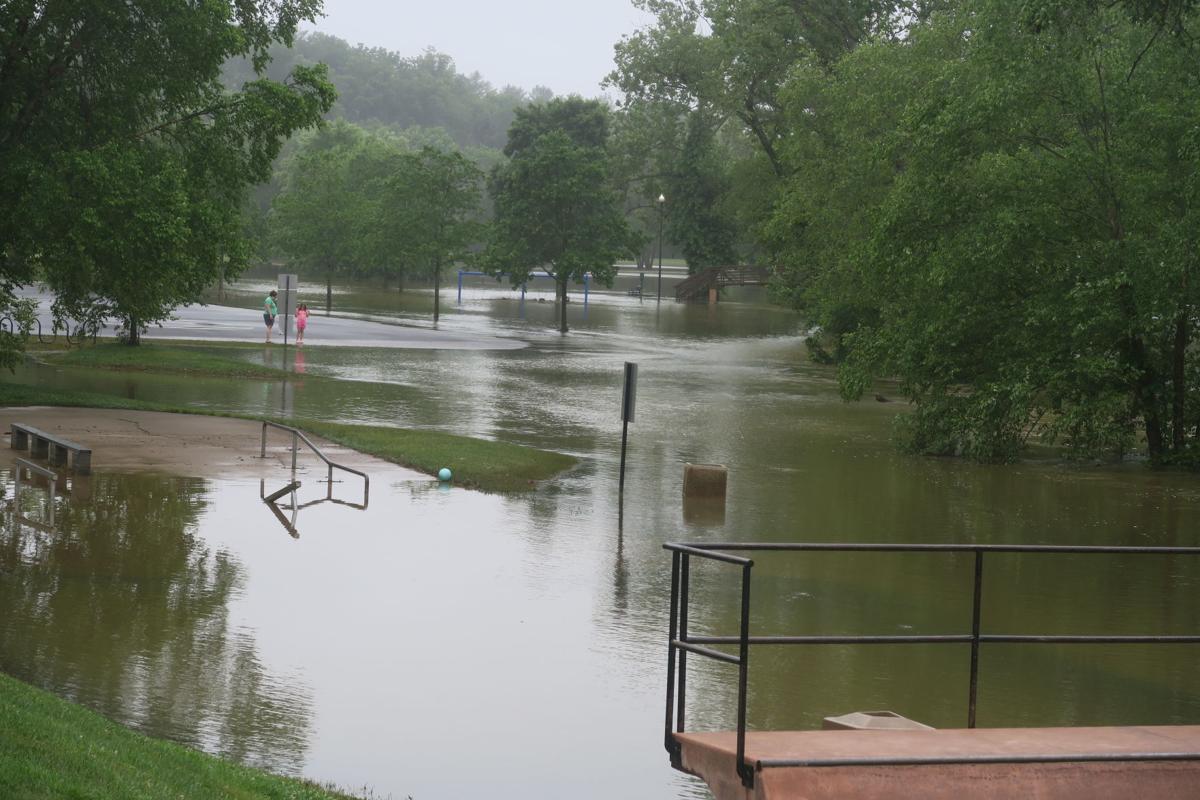 The Yowell Meadow skate park in Culpeper is flooded after nearby creeks spill over their banks. 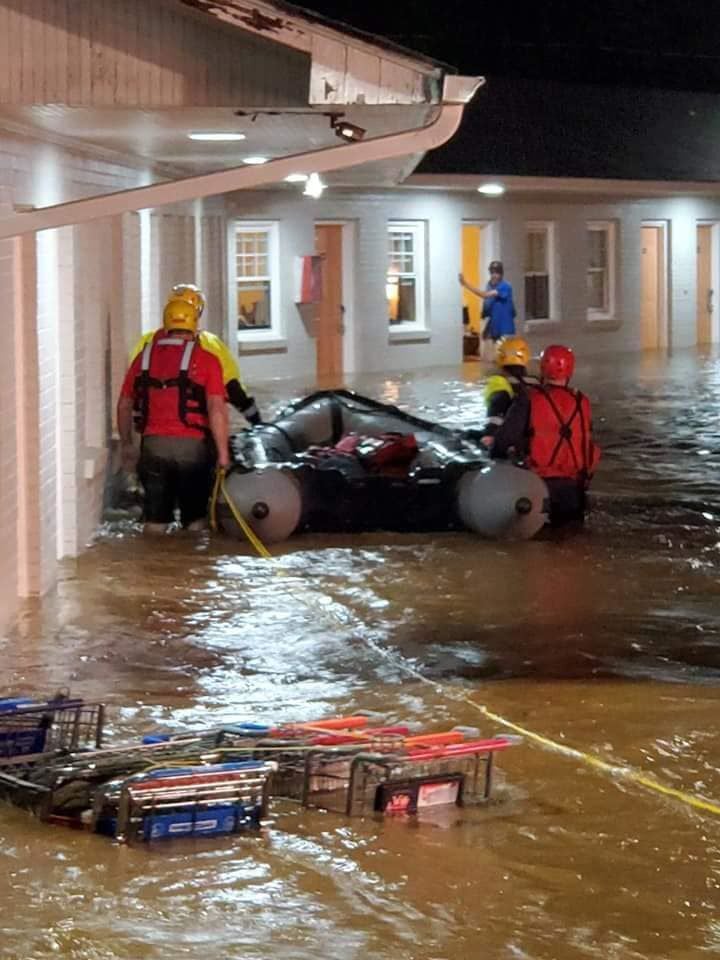 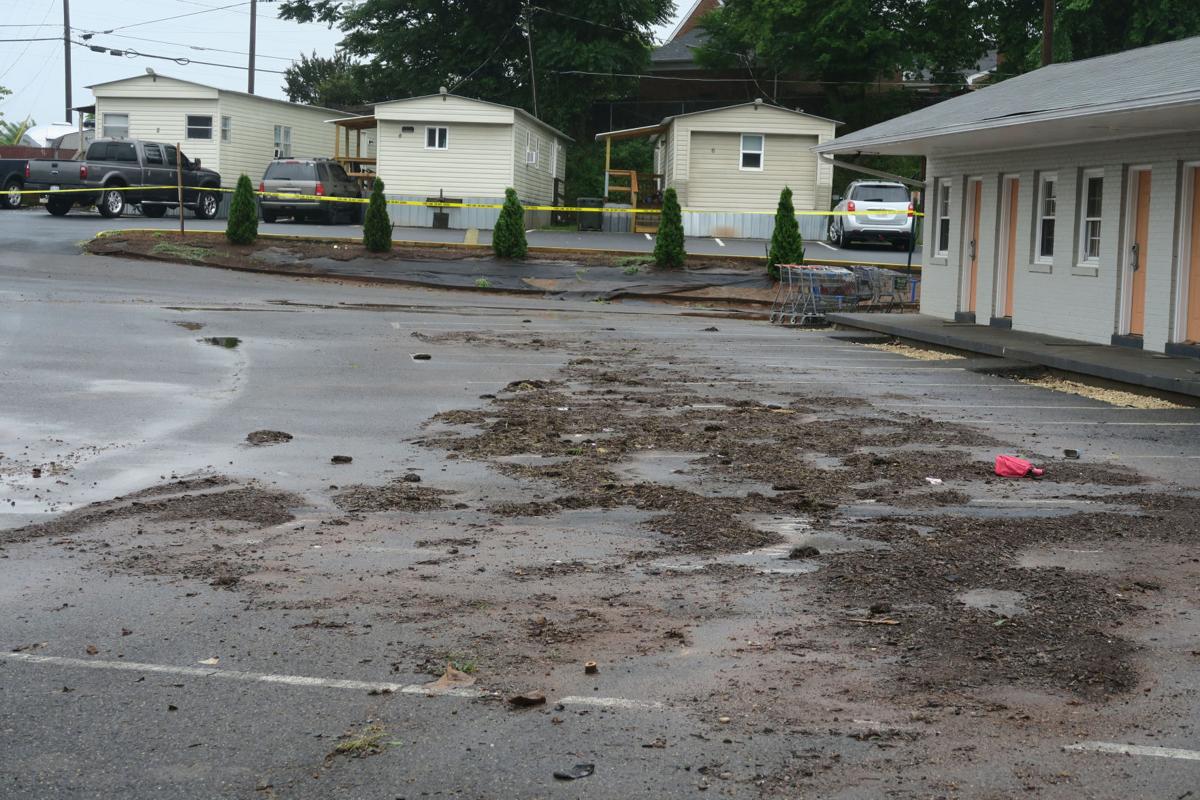 Heavy rainfall overnight Thursday and throughout Friday led to flooded roads across the region, with the biggest issues popping up in the Northern Neck and Culpeper and Madison counties.

More than 50 people, including children, were evacuated Thursday night from 24 rooms at the Sleepy Hollow Motel along James Madison Highway in the town of Culpeper. Water rushed in from nearby swollen creeks, which flooded both Yowell Meadow and Wine Street Memorial parks.

“We encountered swift water due to the flash flooding,” Carpenter told the Culpeper Star-Exponent. “All together, seven were assisted out of their room with the help of a boat or walking them out.”

In Fredericksburg, more than an inch of rain fell late Thursday, followed by about another inch and a half by late Friday afternoon, according to the University of Mary Washington Weather station.

A flash flood alert was issued for the area, and rain was expected to continue falling into Saturday.

The rainfall led to some local road closures Friday, including Brooke Road in Stafford County and Orange Plank Road at the Spotsylvania and Orange county line. High water closed a section of U.S. 17 in Caroline near A.P. Hill.

Fredericksburg closed its City Dock on Friday because of rising water.

By 5 p.m., a half dozen roads were flooded in King George County, including State Route 218. Other roads in Caroline and Madison were also flooded.

In Westmoreland County, high water flooded State Route 3, closing a section of the highway west of Montross, VDOT spokeswoman Kelly Hannon said in a news release Friday. No nearby detour route could be used initially because of secondary road flooding, so drivers had to use State Route 360 and U.S. 17 and go through Tappahannock. A closer detour route was opened later Friday afternoon.

“There is potential for more road closures this evening and weekend, either from downed trees or additional rain, especially for locations east of the Fredericksburg area in the Northern Neck, where some locations remain under a flash flood watch,” Hannon wrote. “Our crews are posting barriers and road closed/high water signs as needed, as well as responding to reports of debris.”

VDOT warned drivers to avoid high water, pointing out that two feet of water “is enough to float most vehicles, including trucks and SUVs, and when a road is submerged a driver may not be able to tell whether the road is damaged or washed out.”

Allison Brophy Champion of the Culpeper Star–Exponent contributed to this story.

Scientists may finally know why Pluto has snowcapped mountains

Scientists may finally know why Pluto has snowcapped mountains

The Yowell Meadow skate park in Culpeper is flooded after nearby creeks spill over their banks.