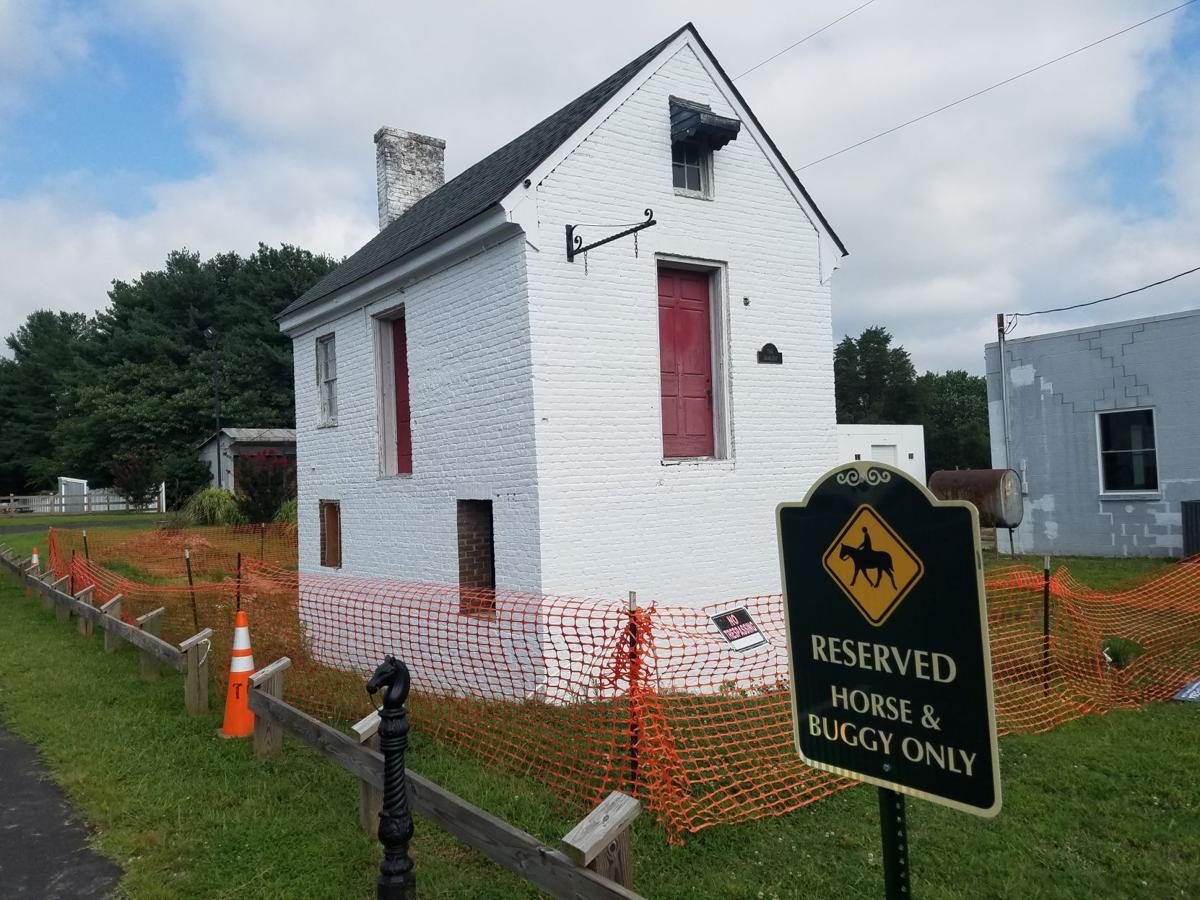 A historic building where a saddlery once operated was preserved by moving it adjacent to a town park. 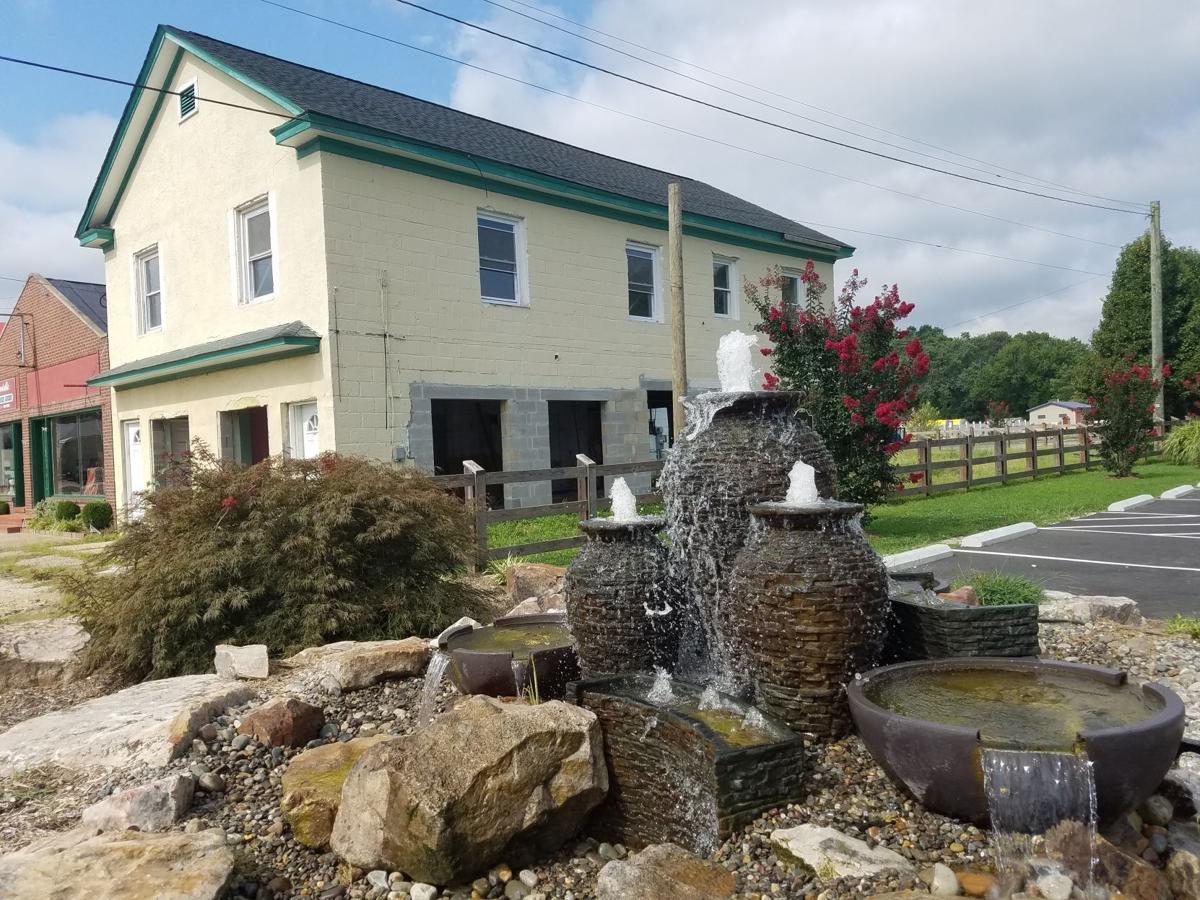 A tranquil water fountain display was added at the entrance to a new park in the middle of Warsaw.

THE BUSINESS renaissance continues in Warsaw, the little town in the Northern Neck where I grew up.

Amazon will open a distribution center in the building that was the lifeblood of the town when it served as a Levi Strauss plant that employed more than 300 people.

The plant closed in 1999, when much of the company’s manufacturing was sent overseas. It was a blow to many families suddenly without work, and to the pride and well-being of the town.

Since the day the plant was shuttered after operating there for 46 years, small businesses such as restaurants, an insurance office and a bargain store have used part of the space. But none lasted long or used the lion’s share of the building.

I got in touch with Town Manager Joseph Quesenberry in Warsaw to find out how the locality managed to attract the giant online retailer.

He said a while back, the owner of the 300,000-square-foot building made it clear he wanted to sell, and another businessman in the region stepped in to purchase it.

That opened the door to an earlier client, a company that had been operating in nearby Lancaster County called Abundant Life Foods, that needed more space for its distribution center.

Not long after that, Abundant Life was bought out by Herbalife, which now employs some 80 people in the distribution center.

A few weeks back, Quesenberry announced the town had landed another big tenant in the former clothing plant, an Amazon “last mile” distribution center that will handle the retailer’s orders for the Northern Neck region. Goods will be received from larger distribution centers in Richmond and Charlottesville and will then be processed, handled and delivered from the Warsaw facility.

Quesenberry noted that some 100 people will eventually be employed at the distribution center—with the workforce being largest during holiday stretches. That could bring total employment in the building to over 200.

He noted that while some small changes will be made to the building and parking lot, no expansion of the 30,000-square-foot structure is anticipated.

This latest boon comes on the heels of grants that improved the town’s streetscapes and infrastructure, and investment by new businesses, such as a brewery and restaurant in the middle of town. These developments prove Warsaw is in the midst of a major expansion. Nearly a dozen new business have located there in the past year or two.

That’s sweet news to the many residents who saw the town fall on tough times when the Levi’s plant closed. Subsequent business departures left a broken-down shopping center that became a symbol for the downturn.

Thanks to millions in grant money, the deserted shopping center known as “The Bottom” was replaced by a nice pond, walking trails, sidewalks and—soon to come—an amphitheater that will allow the town to use the space for events such as concerts and farmers markets.

I’m more than a little bullish on the place I grew up, still a proud Rappahannock High School Raider who enjoyed the things that a sweet small town can offer.

Quesenberry said the business expansion is continuing, with more than 15 additional commercial and residential developments crossing his desk in recent months.

Add to that a town park that opened a while back and the preservation of the old “Saddlery” building (which was relocated when an Ace Hardware was built where the structure once stood)—and Warsaw is truly on the move.

Those successes won’t totally erase the sad memories of the day the Levi’s plant closed.

But they are enough to replace them with better days, thanks to the hard work of the town council and staff, who have turned Warsaw into a place where businesses want to open up shop.

A Spotsylvania man is in custody after being charged with killing an older man Sunday at a gathering in Caroline County.

A Spotsylvania man was arrested following a high-speed pursuit through Stafford early Saturday in which speeds reached more than 100 mph, poli…

Like many kids, Maya Wallach went through a dinosaur phase when she was very young.

The first Wednesday of October is National Coffee with a Cop Day.

New I-95 bridge gets final touches in Fredericksburg

On Tuesday, crews worked on final preparations to the new Interstate 95 southbound bridge over the Rappahannock River in Fredericksburg.

A Spotsylvania County woman has been charged with second-degree murder as the result of the death of her infant son earlier this month, police said.

A historic building where a saddlery once operated was preserved by moving it adjacent to a town park.

A tranquil water fountain display was added at the entrance to a new park in the middle of Warsaw.