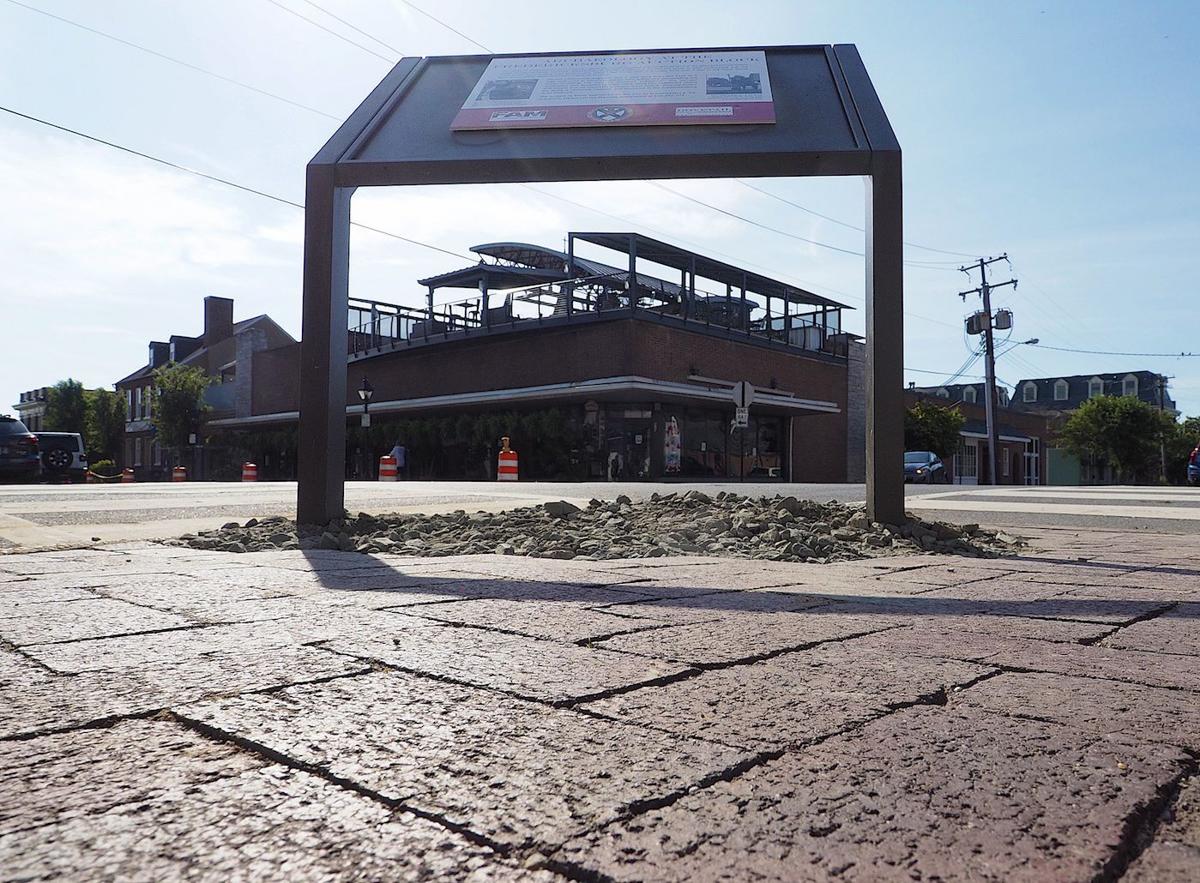 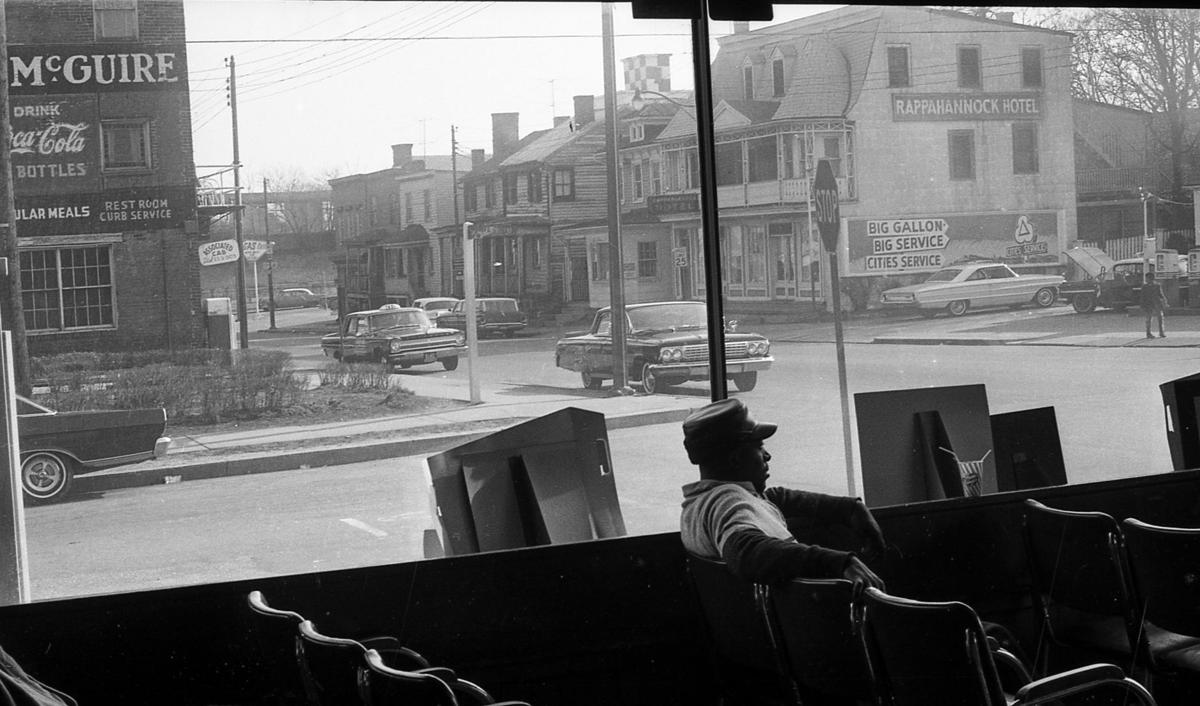 The Greyhound Bus Depot that was downtown in the 1960s was an early stop for the Freedom Riders. 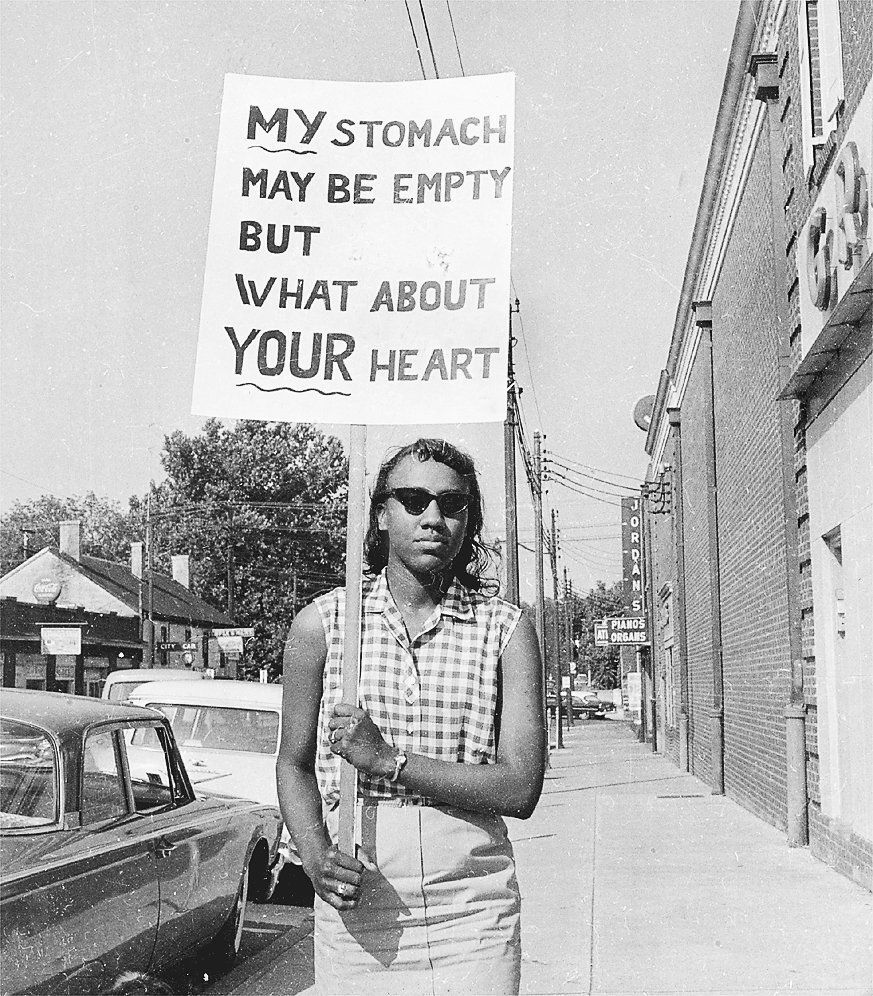 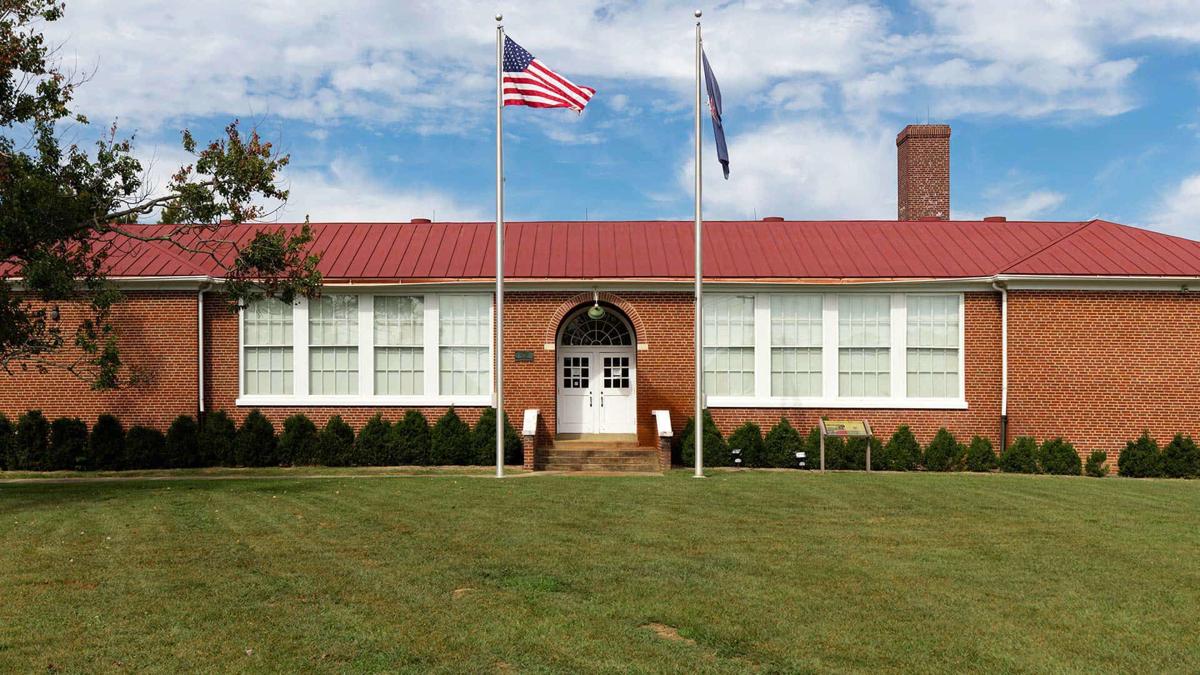 Moton High School and Museum in Farmville is one of two Virginia stops now on the U.S. Civil Rights Trail. The city of Fredericksburg and University of Mary Washington want to create a similar local trail. 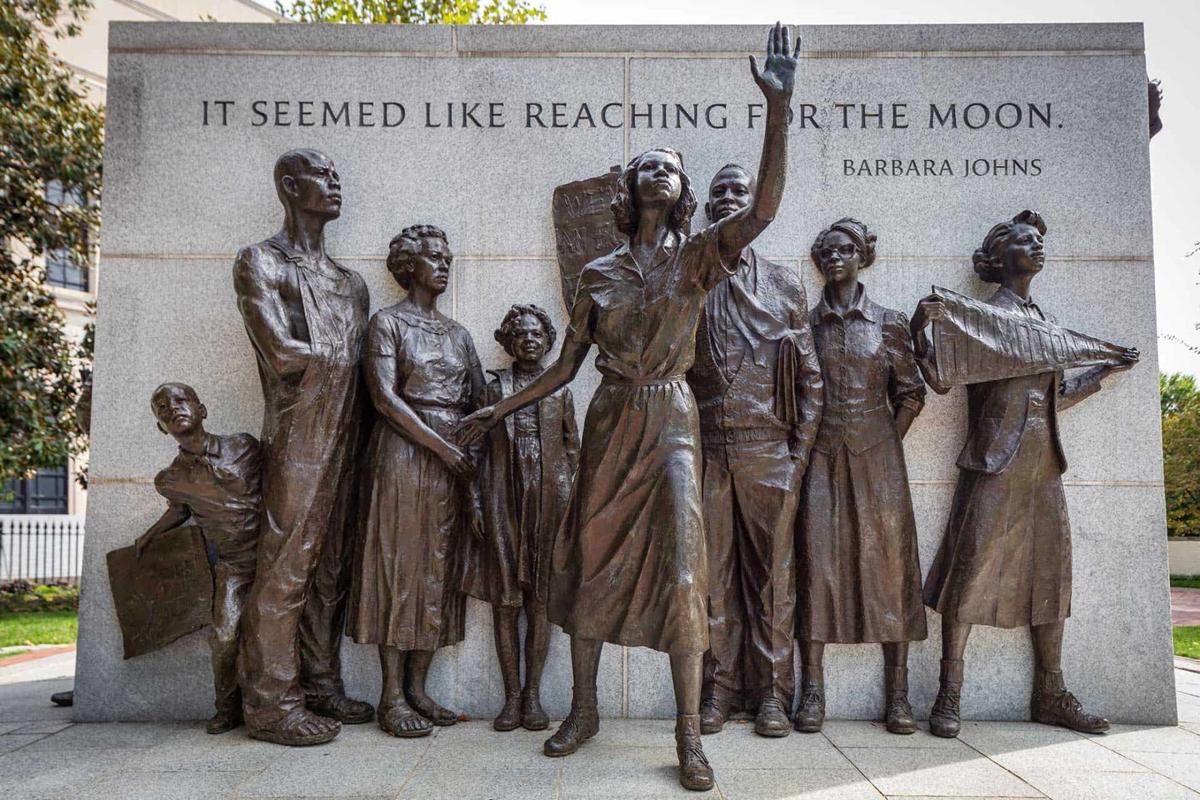 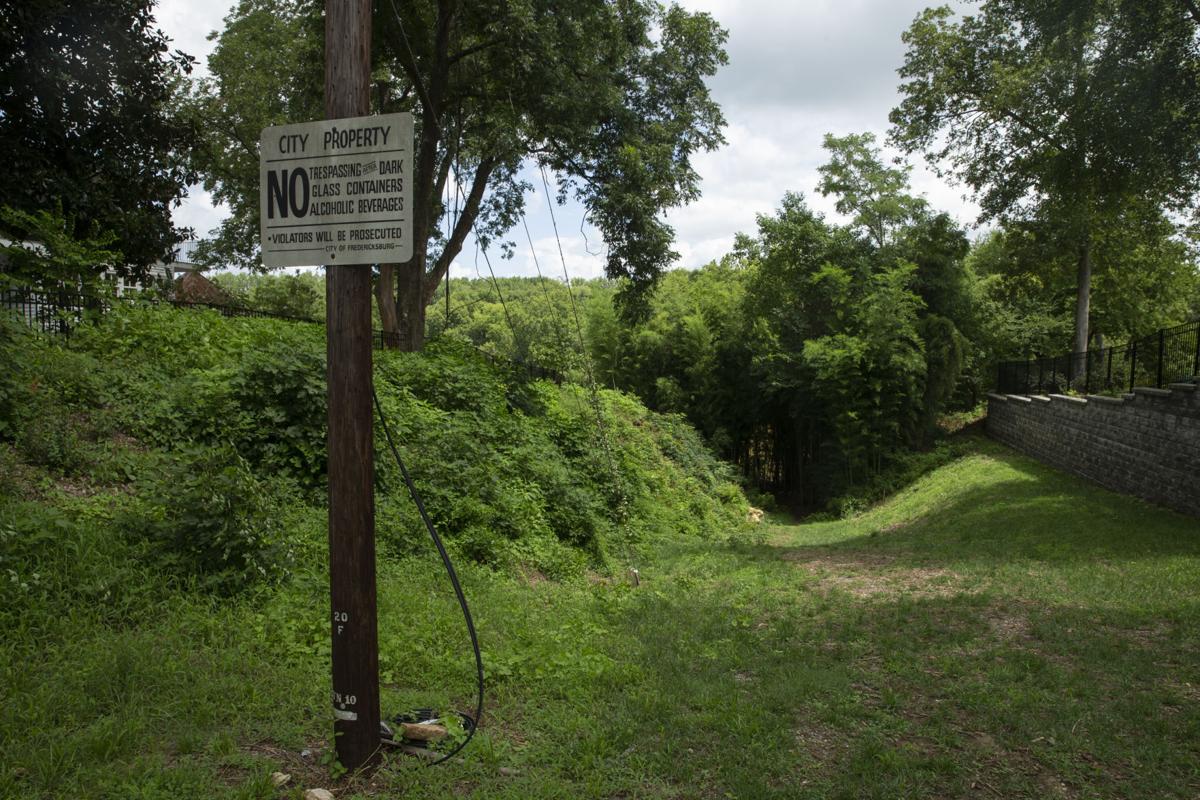 Volunteers recently cleared the alley that runs between the site of French John’s Wharf on the river and the corner of Caroline and Canal streets. 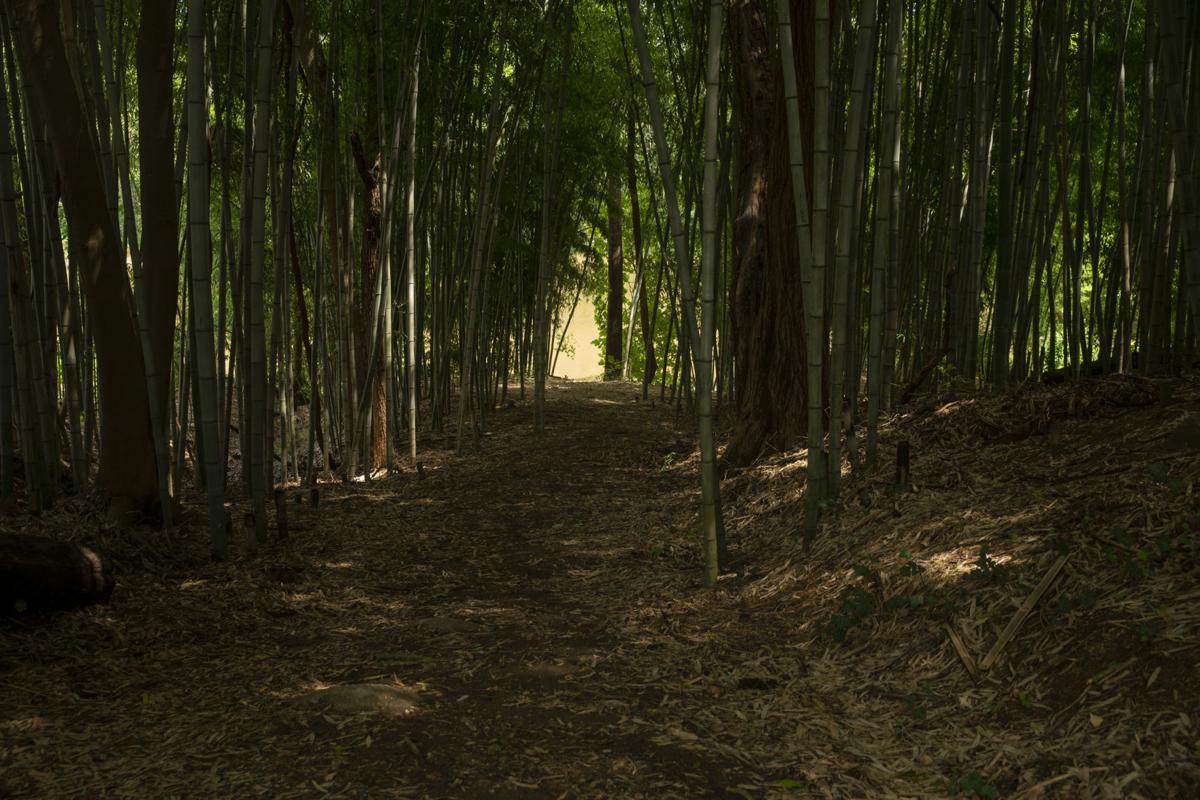 This path leads to where French John’s Wharf was. The site has ties to the Underground Railroad.

Students and professors at the University of Mary Washington will assist Fredericksburg officials in efforts to more fully tell the story of the local civil rights movement.

Fredericksburg City Council last week approved spending $205,000 on multiple projects focusing on local Black history. In addition to installing two new historical markers and reinterpreting the site of the slave auction block at the corner of William and Charles streets, the work will include an oral history project and a civil rights trail—both of which will involve collaboration between the city and UMW.

“This is a wonderful partnership all the way around,” said Christopher Williams, assistant director of UMW’s James Farmer Multicultural Center. “This work is so important to the city of Fredericksburg. I can’t overstate that enough.”

Victoria Matthews, the city’s tourism sales manager, said she has been interested in putting together a civil rights trail for the city since 2017, when she learned about the U.S. Civil Rights Trail, which traces the movement through 100 sites across 15 states.

“I took a look at what the state of Virginia had on the trail and it was not well represented,” she said.

The two Virginia sites on the national trail—in Farmville and Richmond—both relate to the 1951 walkout at the all-Black Robert Russa Moton High School in Farmville, which was organized by 16-year-olds Barbara Johns and John Arthur Stokes to protest poor conditions at the school.

A lawsuit born from that event was later incorporated into the Brown v. Board of Education lawsuit. Barbara Johns is memorialized with a statue in Richmond for her role in paving the way for school integration in Virginia.

After years of debate, the city removed the auction block from its longtime site at the corner of Charles and William streets early in June, creating space for other Black history projects, such as the local civil rights trail and oral history project, to come to fruition.

Williams immediately wanted to bring UMW professors Christine Henry and Erin Devlin on board to help with the projects.

“What I do is get students to rethink what preservation is,” Henry said. “I get them to think about how preservation has been done in the past—and what they have been learning about for several years now—and I ask, ‘What is the problem with that? Whose stories aren’t being told? Why is that?’ And we think about new methods and new ways of [telling those stories].”

Williams and Matthews have identified several possible sites that could be part of the trail, and Henry’s students will use available resources such as the university, regional library and newspaper and city archives to identify others. They’ll also look at racial covenants—legal contracts embedded in deeds that prevented people of color from buying property—that existed in local neighborhoods, Henry said.

“That’s what we’re doing this semester. In the spring, we’ll take on two independent study students to carry that work through and polish it,” she said. “All the students are excited about working on this and I’m really thrilled this is something the city is working on and they’ll have impact on.”

Williams and Matthews have also begun identifying local figures within the Black community who lived in the area during segregation to interview for the oral history project. Williams, who also works as a freelance music journalist, will conduct the interviews over the phone, to protect subjects from any possible exposure to COVID-19.

Devlin, assistant professor of history and American studies at UMW, teaches a spring course in oral histories and said students in that class might work on transcribing the interviews and processing them for long-term preservation.

“We’ll see how things go in the fall and where the projects are,” she said.

Matthews said the goal is to have the oral history and civil rights trail projects completed in a year.

The work will run simultaneously with the city’s other work on the auction block site and the installation of new historic markers, including one to the Freedom Riders, Matthews said.

The Greyhound Bus Depot that was downtown in the 1960s was an early stop for the Freedom Riders.

Moton High School and Museum in Farmville is one of two Virginia stops now on the U.S. Civil Rights Trail. The city of Fredericksburg and University of Mary Washington want to create a similar local trail.

Volunteers recently cleared the alley that runs between the site of French John’s Wharf on the river and the corner of Caroline and Canal streets.

This path leads to where French John’s Wharf was. The site has ties to the Underground Railroad.