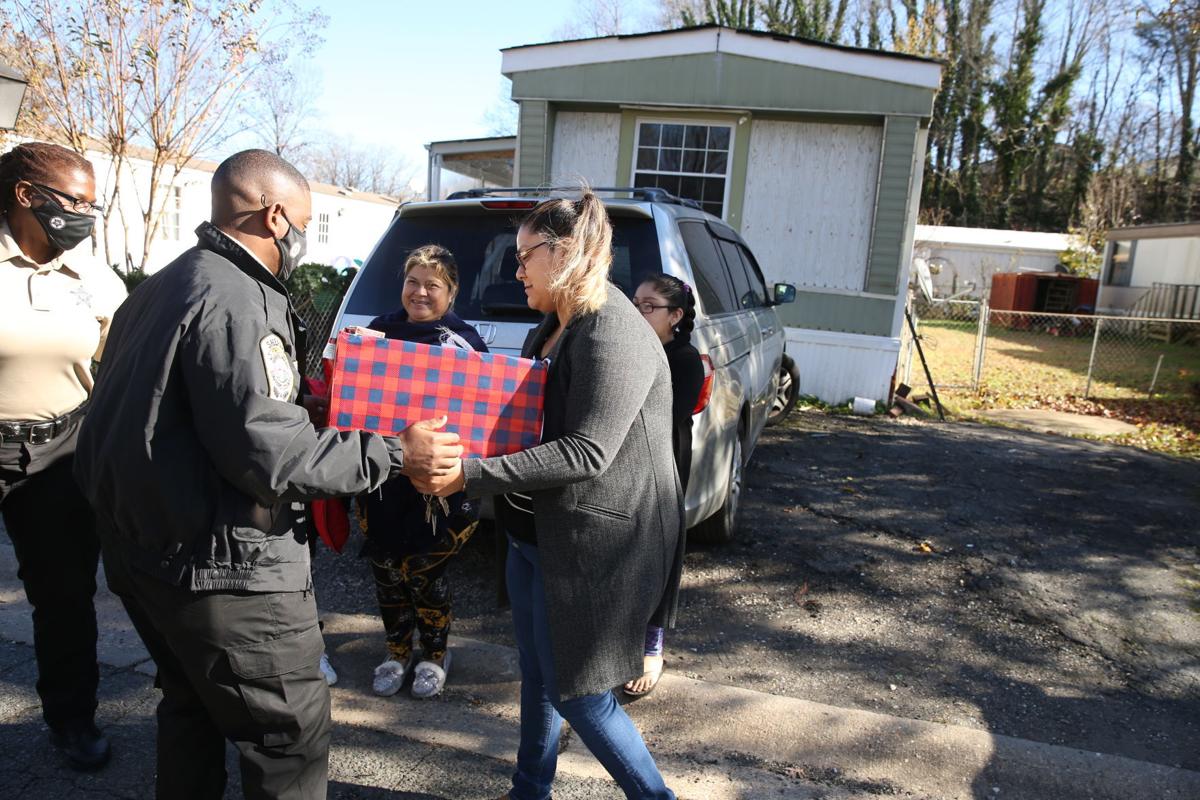 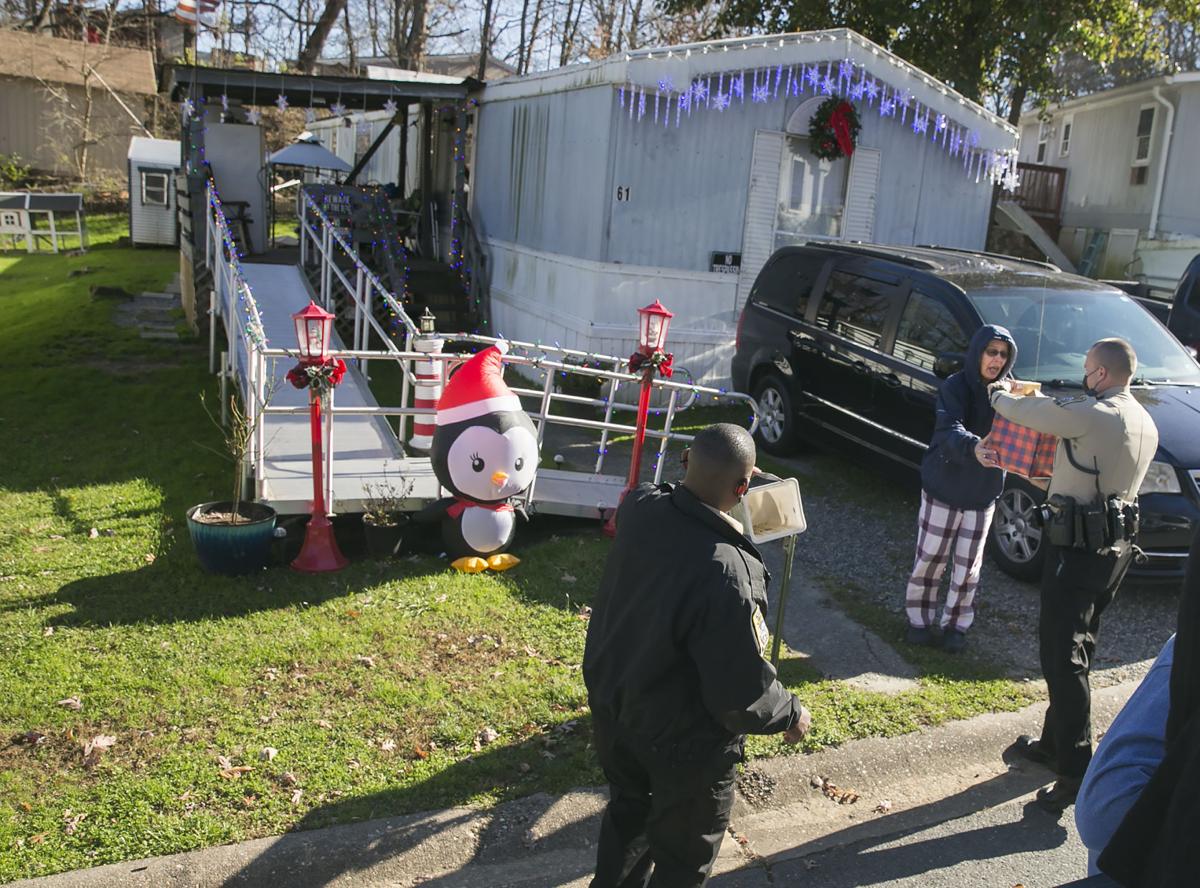 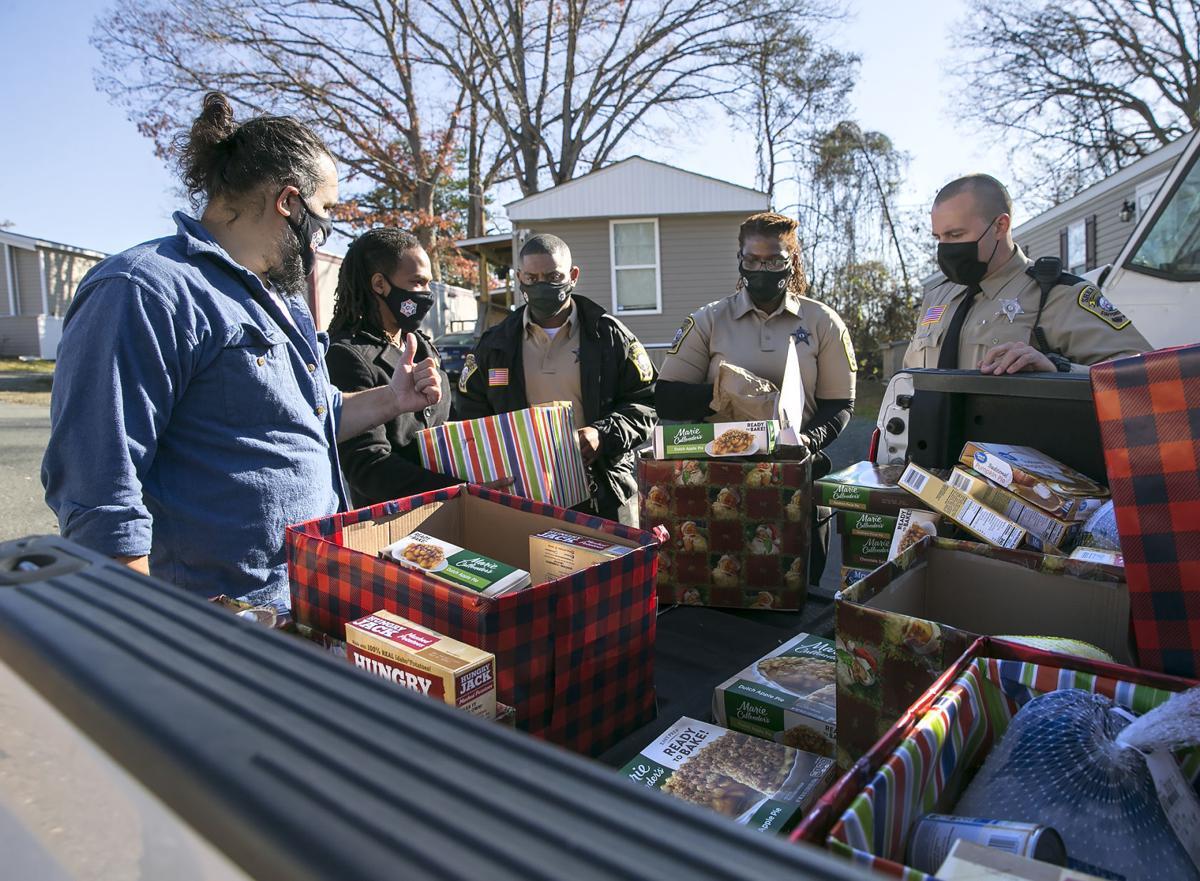 The Stafford County Sheriff’s Office and G3 Community Services teamed up Monday to deliver Thanksgiving food baskets stuffed with 15-pound turkeys and all the trimmings to more than 50 needy families.

Stafford County Deputy John Harrod said the joint effort was all about supporting friends and family in the community.

About 11:30 a.m., Harrod delivered his first basket of holiday cheer to a young mother and her children.

“It felt amazing. You never know who needs it,” said Harrod. “This is truly the essence of what the Sheriff’s Office is all about.”

It was the second straight year the Sheriff’s Office has worked with G3—a local nonprofit involved in community, after-school and veterans assistance programs—to help families. Before partnering with the Sheriff’s Office, G3 provided holiday meals on its own for two years.

“There are families who are now underemployed or completely unemployed, who weren’t expecting to find themselves in those positions,” Shores said. “There are elderly folks, or folks who are otherwise indisposed that can’t make it to the grocery store, or can’t afford the food for delivery.”

Deputy Sgt. Carol Burgess of the Crime Prevention and Community Engagement Unit said the nature of her team’s work helps identify families who need additional assistance, both during the holidays and throughout the year.

“There are a lot of families that need help; they miss out on social services, or they miss out on other programs,” said Burgess. “Through neighborhood watch, just being out in the community, being in this position, it gives us an opportunity to identify those families who are in need.”

Baskets were assembled at G3’s headquarters in North Stafford Monday morning, then loaded into the bed of a Sheriff’s Office truck for distribution to two area mobile home parks. Shores said his organization gathered all of the money needed to purchase the food through donations within the first 24 hours of posting the community notification.

“That was exciting for us to see. It was very uplifting,” Shores said. “It’s certainly been a negative year, but it’s encouraging that there’s still in this community, a huge, huge feeling of generosity.”

By late Monday morning, the team of about a dozen volunteers was walking the streets of Paradise Estates Mobile Home Park, knocking on doors, distributing the over-stuffed holiday baskets, each containing a $25 gift card for something a little extra.

While many of the families who received holiday baskets Monday are feeling the pinch economically due to unemployment, some are facing health issues because of the pandemic.

“COVID’s hit us pretty hard,” said Victoria Flick. “There’s sick people in the family and I’ve had to stop my job because my daughter’s not in school. This means a lot.”

Later in the day, the team descended upon Crystal Lake Mobile Home Park to bring even more holiday cheer.

“Today is kind of a culmination of what we do all year,” McMillian said. “We love to take care of our community and help where we can. We love to be out in the community making a difference.”

Next month, G3 and the Sheriff’s Office will team up again to provide Christmas gifts for Stafford families.

Burgess said she currently has 20 bicycles to give away for Christmas, as well as arts and crafts kits and various games for children up to age 16.

Shores said with children remaining home from school during the ongoing coronavirus pandemic, G3 is looking for donations of educational toys as basket-stuffers, especially ones involving science, technology, engineering and mathematics.

“Toys to make them curious,” Shores explained, “anything educational, like robotic kits, drones. Fun and entertaining, but also educational.”

Donated gifts for the upcoming joint Stafford Sheriff's Office–G3 Christmas campaign can be dropped off at the Stafford County Sheriff's Office or at Cornerstone Baptist Church at 56 McWhirt Loop. For more information, call 540/658-4030.

The Free Lance–Star will continue to highlight ways to help throughout the holiday season. Send information about your organization’s efforts to help others this season to localnews@freelancestar.com. Include a brief description, the project deadline and a contact person’s name and phone number.

Mexico City prepares for Day of the Dead parade