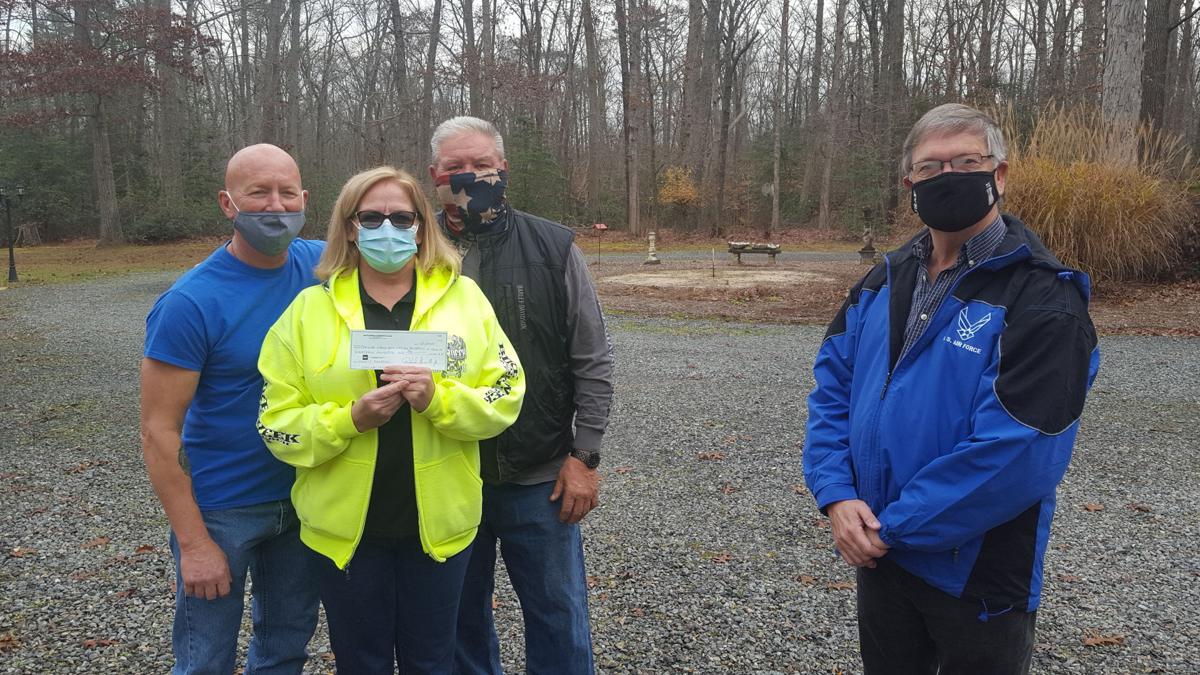 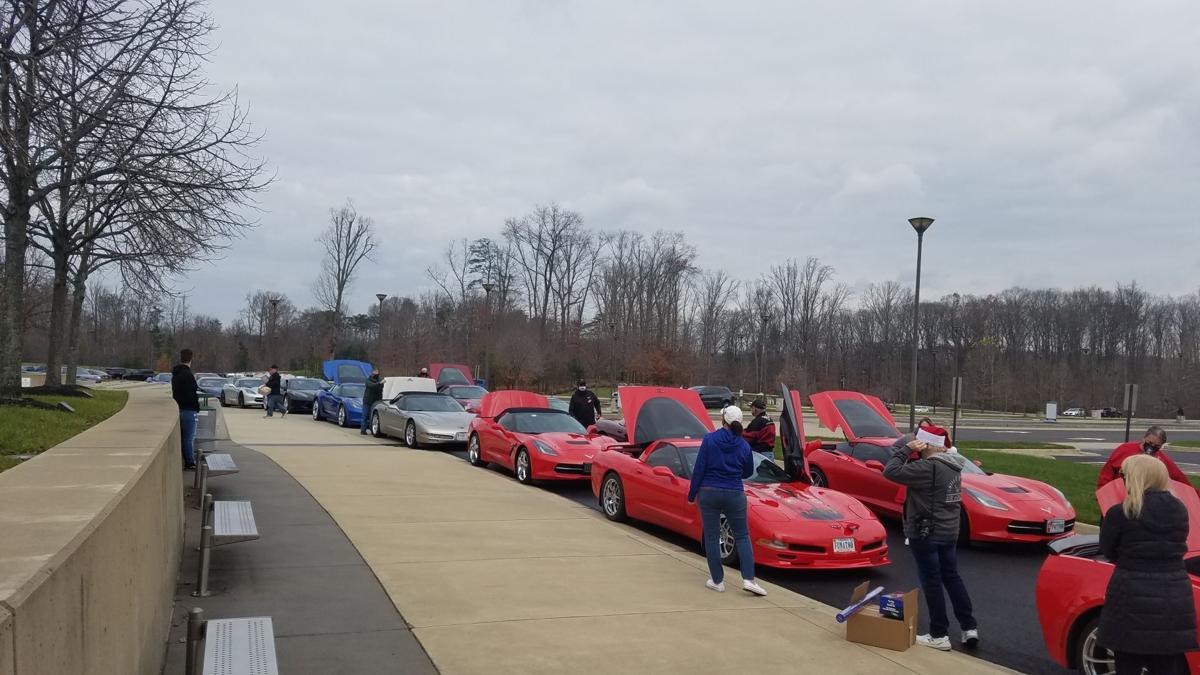 Members of the Battlefield and Aquia Corvette Clubs drop off donations for Toys for Tots at the National Museum of the Marine Corps on Dec. 5.

This has been a year full of political and social issues that have driven the nation further apart.

But for the members of the Battlefield Corvette Club, love of the classic sports car is stronger than all of those issues—and it fuels a desire to give back to the community.

“During this crazy year of COVID and political issues, there’s been no divisiveness in the club, which is a major statement,” said club President Roger Austiff. “We all know that everybody has their own beliefs and it takes a lot of fruit to make a fruit basket and we respect that fact.”

“The [Corvette] is the centerpiece that brings us all together,” he continued.

The car is also what inspires club members to raise funds for local charities all year.

“We’re always looking to figure out how we can give back,” said Rino Pivirotto, the club’s membership director. “Our cars are very nice cars. Some of us have had [Corvettes] since maybe our first or second car, and others are relatively new owners, but we feel blessed to have one of the world’s best sports cars, so we try to give back.”

Battlefield Corvette Club wrapped up the tumultuous year 2020 recently with formal donations to the two charities it fundraised for this year—the Frazier–Mason Some Gave All Foundation and the Mary Washington Hospital Cancer Research Fund.

Though the club had to cancel its main fundraiser—an annual Corvette show—due to the pandemic, it was still able to raise a total of $1,800 for each charity through donations from its members, who number about 88.

“I feel really good about what we were able to do,” Austiff said.

The club, which was formed in 2008, has supported the Frazier–Mason foundation for many years.

The foundation was established in 2007 by the fathers of two local service members—Marine Sgt. Joshua Frazier of Spotsylvania, and Virginia Army National Guard Sgt. Nicholas Mason of King George—who were killed in Iraq. It supports local service members who have been wounded or disabled as a result of injuries sustained during the recent conflicts in Iraq and Afghanistan.

According to its website, the Frazier–Mason foundation has raised more than $305,000 for its cause.

Pivirotto said club members have Corvettes representing almost every year of the car’s existence, from 1953 to 2019, when the most recent model came out.

“Our membership appreciates all those years, representing the evolution of the car over 67 years and the variations of upgrades,” Pivirotto said.

For many owners, the cars are a form of stress relief, which has been greatly needed this year.

“Our average age is closer to 65 than 45,” Pivirotto said. “So for us, when we were 13, 14, 15, our adventures all involved not social media or computer games, but a vehicle taking us somewhere. When we get in these cars, it takes us back to that time frame. When we’re stressed out, the car takes us away from that and back to a time when we had no obligations or responsibilities, just young kids looking forward to hanging out on Main Street in our cars with the radio blasting.

“Cars can become a very positive memory,” he continued. “And the fact that we have been able now to buy the cars of our dreams—that really motivates us to give back.”

The Free Lance–Star will continue to highlight individuals and groups who are lending a helping hand this holiday season. Send information about you or your organization’s efforts to help others this season to localnews@freelancestar.com. Include a brief description, the project deadline and a contact person’s name and phone number.

These child handprints could be the oldest human art ever discovered

Pepsi to slash plastic use in sustainability push

Pepsi to slash plastic use in sustainability push

More than 5,000 Fredericksburg-area students have been quarantined since start of school year

More than 5,000 public school students and staff in the Fredericksburg area have been quarantined due to exposure to COVID-19 since the 2021–2…

Two people in the same car were charged with driving while intoxicated Sunday after the car was wrecked in Stafford County during an argument,…

When the Some Gave All Foundation was established, there were just four people who conducted a motorcycle ride and festival that featured more…

Spotsylvania schools recognized as one of Virginia's best employers

For the second year in a row, Forbes magazine has recognized Spotsylvania County Public Schools as one of Virginia’s best employers.

Fredericksburg schools to require students playing sports to be vaccinated

Fredericksburg City Public Schools will require that all student–athletes be vaccinated for COVID-19 by Nov. 8.

The Fredericksburg area outpaced the state of Virginia in population growth over the past decade, with minorities driving much of that increas…

The 12-hour standoff ended just before midnight Thursday when the man came out and surrendered peacefully.

Members of the Battlefield and Aquia Corvette Clubs drop off donations for Toys for Tots at the National Museum of the Marine Corps on Dec. 5.