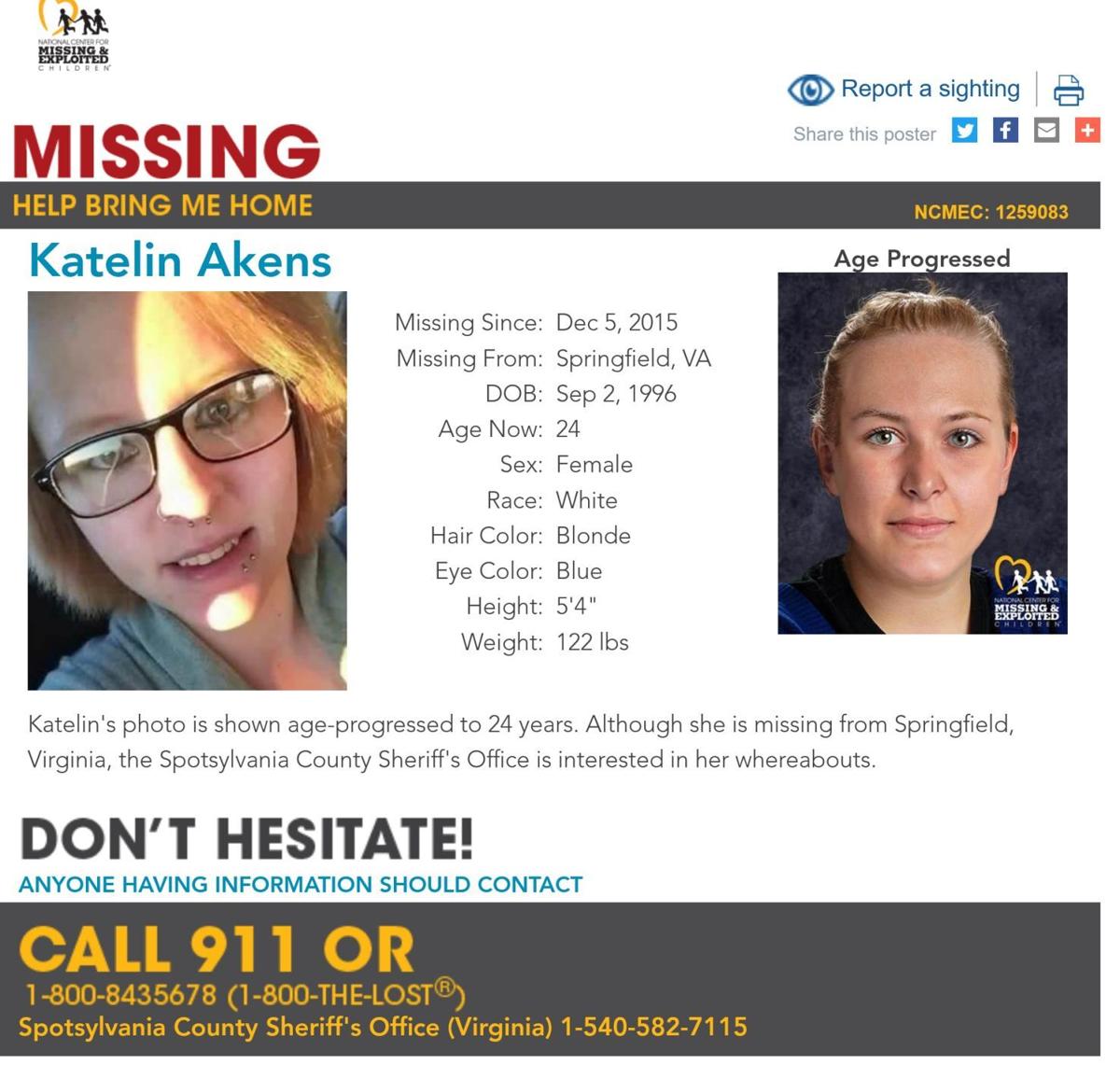 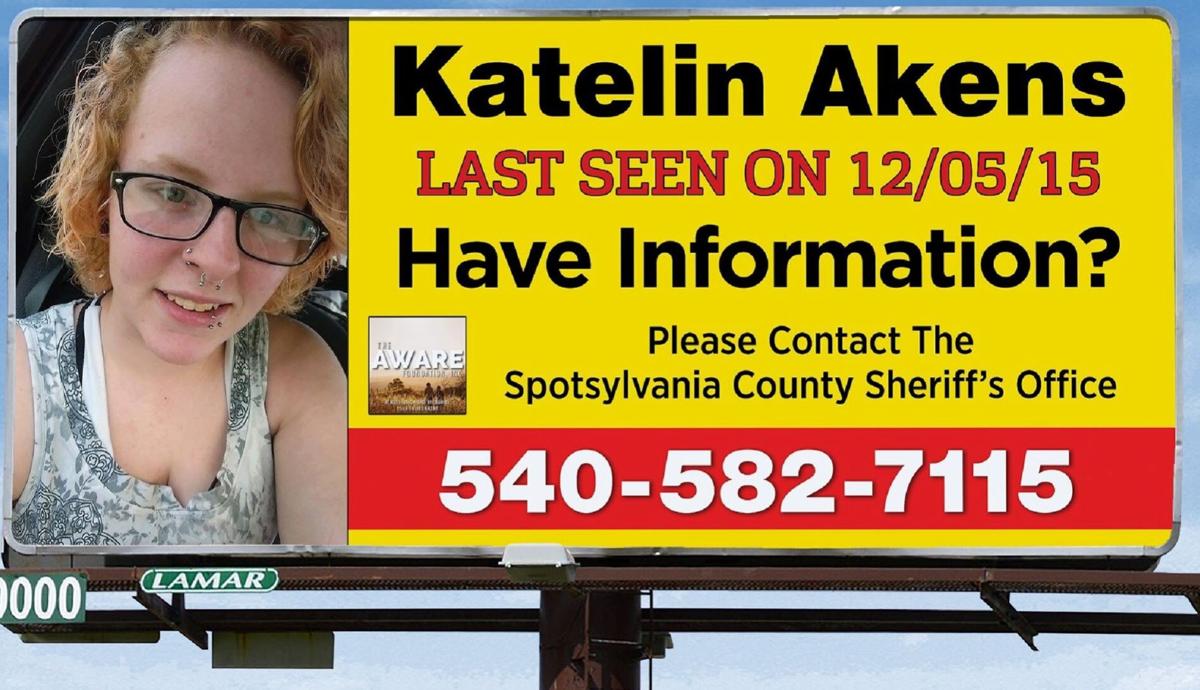 The mystery of a young Spotsylvania County woman who disappeared nearly six years ago will be broadcast worldwide Wednesday evening.

A segment on 19-year-old Katelin Akens, who went missing during a trip to Reagan National Airport with her former stepfather, will be featured on the Investigative Discovery channels’ “In Pursuit With John Walsh” program, beginning at 10 p.m. The program will also be streamed on Discovery+.

Akens’ mother, Lisa Sullivan, said she has never lost hope in trying to find her daughter, who was born 25 years ago last Thursday. She believes her former husband, James Branton, of Partlow, was probably the last person to see Akens.

Branton had agreed to drive Akens to the airport on Dec. 5, 2015, for her flight home to Lake Havasu, Ariz. Akens had flown to Virginia to visit her newborn nephew.

Sullivan dropped off Akens at Branton’s home and 4 1/2 hours later, Branton texted Sullivan, saying he had dropped Akens off at the Springfield Metro station. But investigators later said the young woman never made it to the airport, and her phone never left the Fredericksburg region.

“I can tell you, her phone was never there at 2 o’clock,” said Spotsylvania Sheriff’s Detective Sharon Williams. “Her phone was in Fredericksburg; it was in Spotsy, and it never went farther north than Stafford.”

Two days later, Akens’ suitcase was found in a Stafford County ditch, along with her wallet and identification card. Her clothing and high school diploma were missing.

The case remains unsolved. On Friday, Sullivan said although there have been no recent leads in the case, she hopes the notoriety of television personality and anti-crime activist John Walsh will help bring some closure to the unsolved mystery.

“I was so excited, especially when I heard it was John Walsh,” said Sullivan. “I hope he gets something out of it. He’s a big name.”

Spotsylvania Crime Solvers is offering a $2,500 reward for information leading to an arrest in the case. Contact the Spotsylvania Sheriff’s Office with information or tips on this case by calling 540/582-7115.