Hospitals in crisis as US nears high for coronavirus cases; one vaccine resumes testing 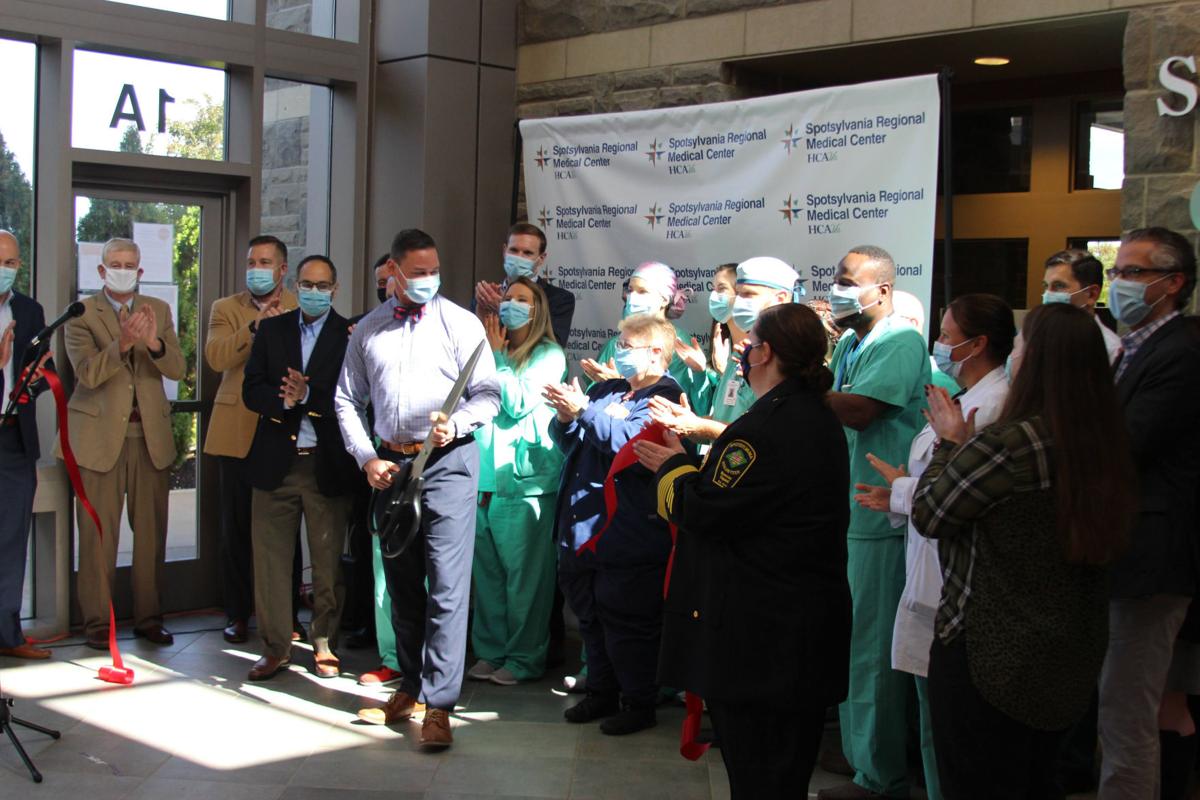 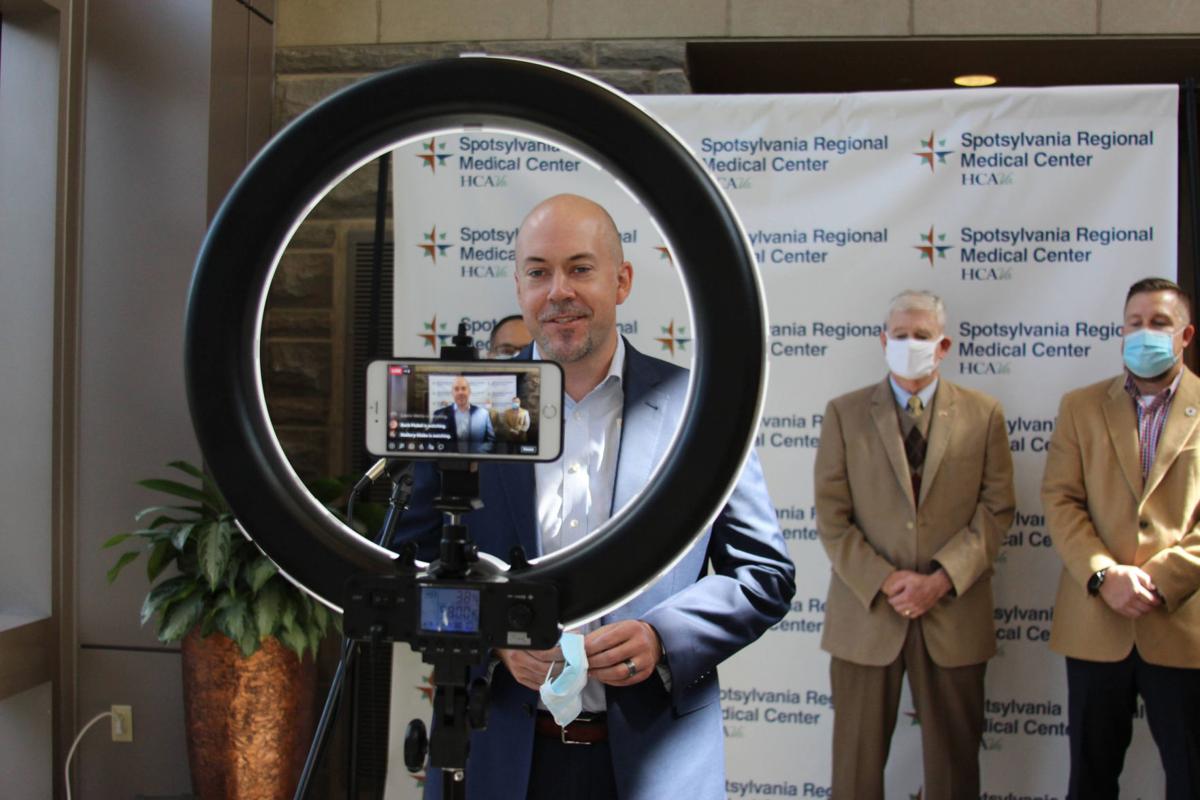 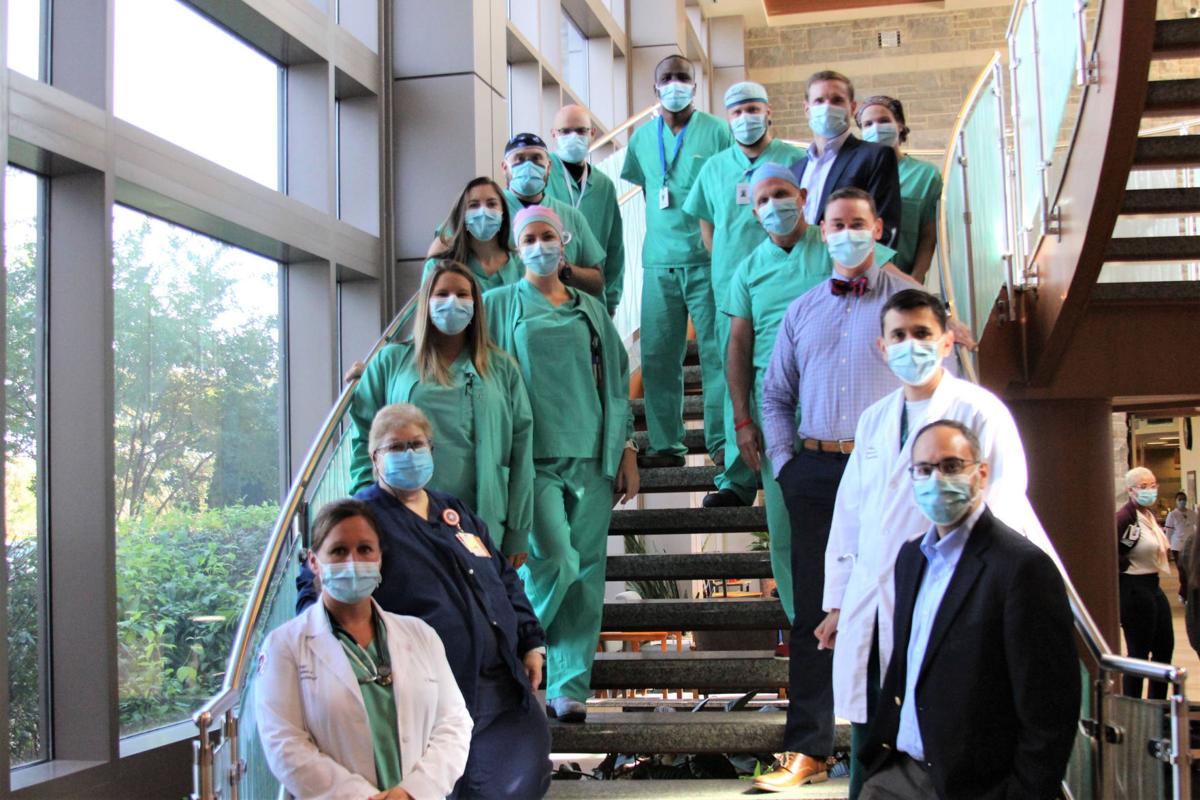 Nurses, technicians and doctors who work in the cath lab gather for a photo.

The place where magic happens—at least from the viewpoint of a doctor who takes care of the intricacies of beating hearts—is the catherization laboratory, or “cath lab,” and the one at Spotsylvania Regional Medical Center just got a $1.3 million upgrade.

During ribbon-cutting ceremonies last week, Dr. Samad Zaheeruddin, an interventional cardiologist with Cardiology Associates of Fredericksburg, expressed his gratitude for having updated equipment when dealing with issues of blood flow to and from the heart. He mentioned more than 530 cardiac procedures done in 2019—and about 50 times when doctors have been called to the lab in the middle of the night after patients have suffered heart attacks.

With cath lab nurses and technicians, doctors have been able to open up blocked arteries and save lives, Zaheeruddin said.

“It’s really magic and that’s why it’s important that we have the best equipment available at our fingertips,” he said.

The new and improved cath lab features upgraded equipment that makes it easier for doctors to look at images, in real time, around the heart and determine the necessary approach to treatments, said Shane Bittinger, who directs cardiovascular services at the hospital. The data is used to diagnose and treat a variety of patients, including those identified as high risk or obese, according to a hospital press release.

“These advancements meant we are able to care for a wider variety of patients with less radiation and contrast media while actually providing the physician with better images,” Bittinger said.

The new lab opened Oct. 1, and officials from Spotsylvania County and the Fredericksburg Regional Chamber of Commerce participated in a ribbon-cutting ceremony Tuesday. Joel Griffin, a Chamber of Commerce director, described the Spotsylvania hospital as a “critical component of our region,” both in terms of employment it provides and as one of the features people seek when they choose a community in which to live.

Gary Skinner and Kevin Marshall, members of the Spotsylvania County Board of Supervisors, also thanked hospital officials for their continued work. Both talked about a new facility on the horizon—the U.S. Department of Veterans Affairs outpatient clinic in the county—and the new partnerships with Spotsylvania Regional that will develop as a result.

Heart disease is the leading cause of death for men and women in the United States, with one person dying from it every 36 seconds, according to the Centers for Disease Control and Prevention. Being able to receive timely cardiac care is important to patients throughout the community, said David McKnight, Spotsylvania Regional’s CEO for five years.

“The advancements we have made highlight the importance we continue to place on ensuring we have the best technology to safely and efficiently care for patients as if they were our family,” he said.

The retired soldier drove to Orange twice to get the new title, tags and registration for the Ford Mustang he bought from his neighbor.

A barrage of shots were fired into a Spotsylvania County townhouse early Sunday, but no one was injured, authorities said.

Six new deaths reported in one day is the local health district's highest total since the pandemic began.

Nurses, technicians and doctors who work in the cath lab gather for a photo.