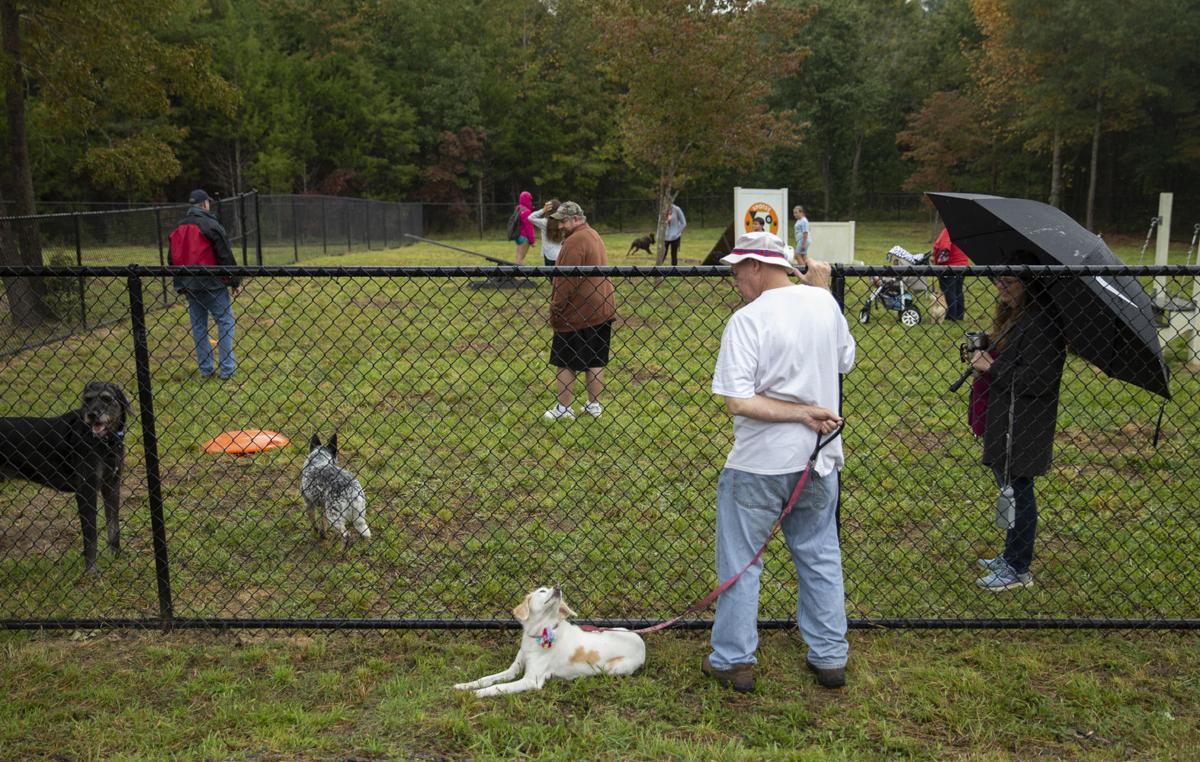 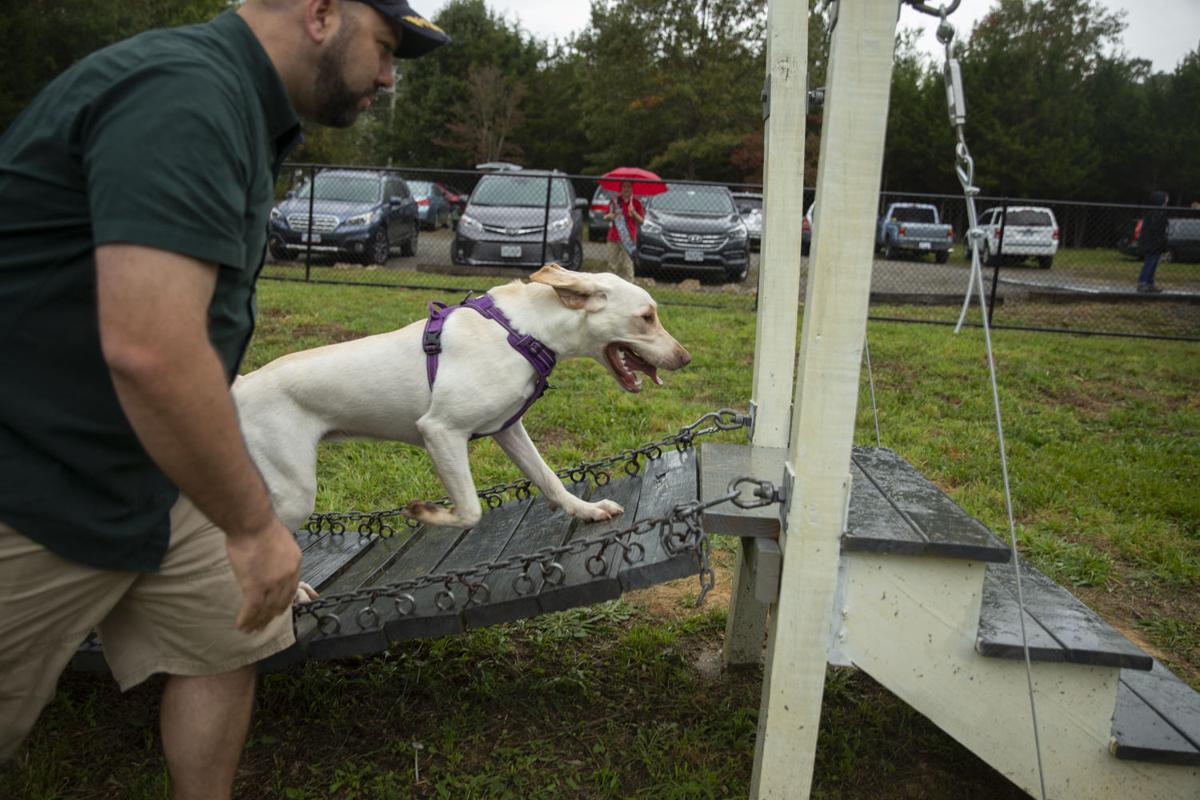 Robert Borka and his dog, Daisy, try out some of the new agility equipment at the park off Gordon Road. 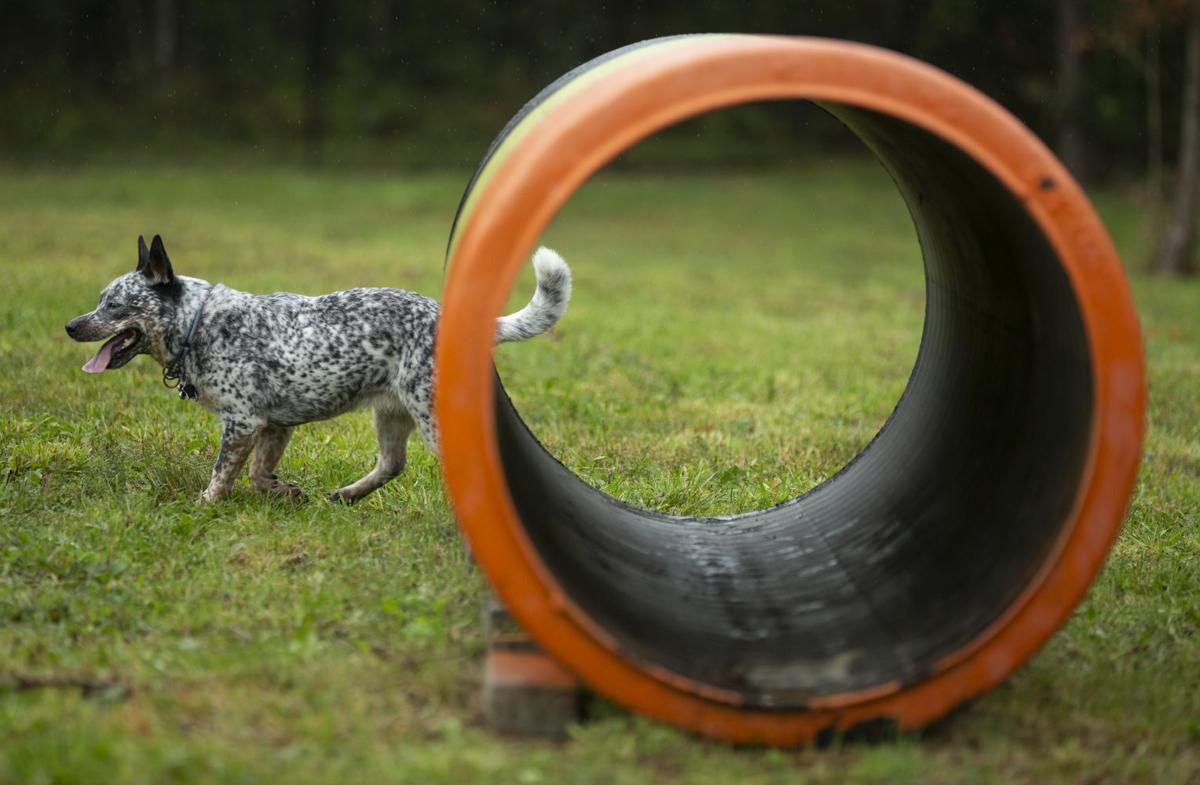 Cheyenne, a blue heeler, trots past a tunnel at the park’s grand opening. Anyone can bring their dogs to the park, which will be open every day from dawn to dusk. 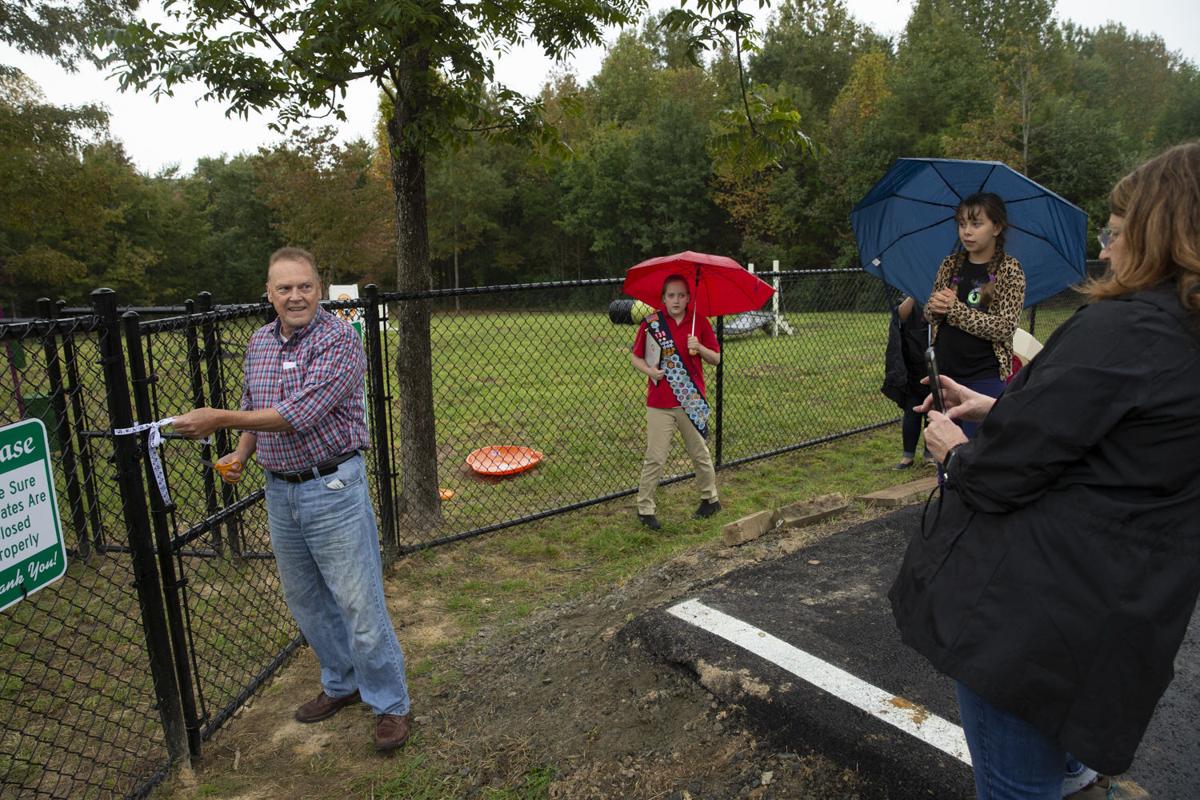 Livingston District Supervisor Barry Jett cuts the ribbon during the opening of the Spotsy Dog Park. 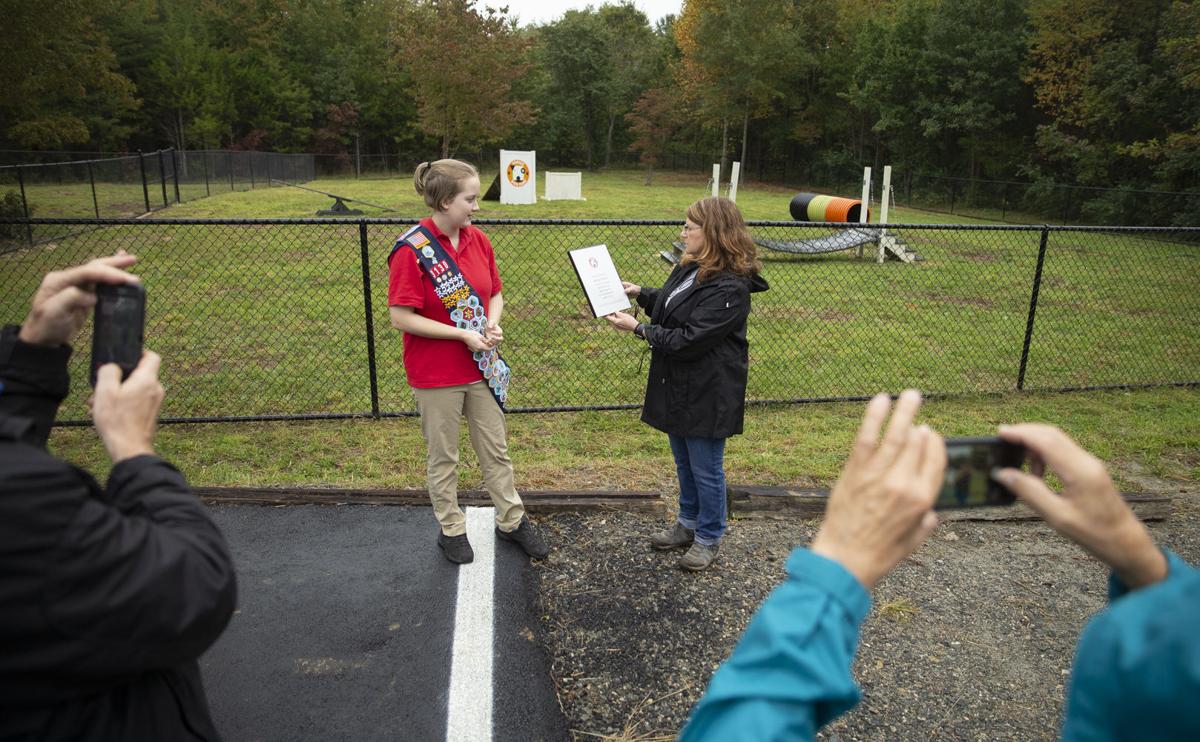 It took about nine years of work but, finally, the Spotsy Dog Park opened on Saturday morning.

“It’s been a work in progress,” Bob Biscoe, one of a group of county residents who dedicated their time during that nearly decadelong push to open a dog park in Spotsylvania County, said shortly after the park officially opened.

A light rain fell, but at least a dozen dogs enjoyed the park in the first hour after it opened.

The dogs ran and played in one of the two fenced-off grassy areas, which includes a tunnel and bridge along with other agility equipment. The other fenced area, which will be for bigger dogs, doesn’t have obstacles but soon will.

“This is just a beautiful piece of land,” Biscoe said, noting that Dollar General donated the 2.9 acres for the park, which is off of Gordon Road, not far from the store. The large fenced areas are surrounded by a landscaped wooded area, and there is a small gravel parking area.

Biscoe said many local people and companies have helped by donating money, work and materials.

Spotsylvania resident Katryna Frith–Walker brought her pug, Neko, to the park after she noticed it on Facebook. Neko jumped right in with the other dogs, many of which dwarfed him.

“He loves dog parks,” she said.

Frith–Walker, who lives in the Massaponax area, said the park will be a regular stop.

She didn’t have a county option like this before Saturday.

There is a large dog park in Stafford County, Duff’s Dog Park, which the county funded. Fredericksburg also has a popular dog park, but that is for city residents.

Biscoe said he has been forced to leave the city dog park before and is glad he, and others, won’t have to worry about that anymore.

He figures the park could be popular. Biscoe found out while handling paperwork for permits that there are 28,600 dogs in the county.

But he and other volunteers said the county hasn’t helped with the park at all, aside from staff who helped them deal with the permitting process.

Livingston District Board of Supervisor Barry Jett showed up for the opening.

Biscoe told Jett they would like to hook the park up to the county water system, but it’ll cost $6,600. He said they also are still finishing up some work on the park and that they hope it will continue to grow.

Jett said he would talk to fellow supervisors to see if the county can help.

The dog park is scheduled to open every day from dawn to dusk, and anyone can bring their dogs to the park.

Robert Borka and his dog, Daisy, try out some of the new agility equipment at the park off Gordon Road.

Cheyenne, a blue heeler, trots past a tunnel at the park’s grand opening. Anyone can bring their dogs to the park, which will be open every day from dawn to dusk.

Livingston District Supervisor Barry Jett cuts the ribbon during the opening of the Spotsy Dog Park.