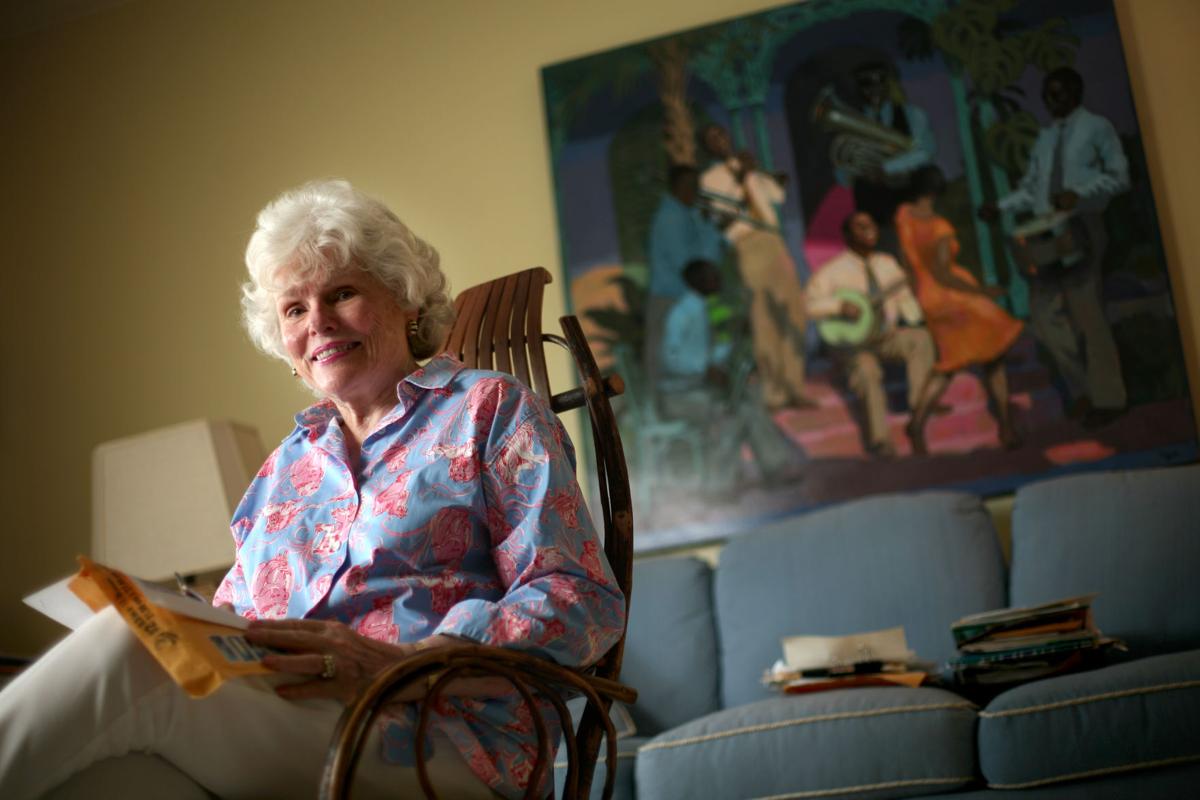 Doris Buffett is pictured in 2007 with letters from individuals asking for money. 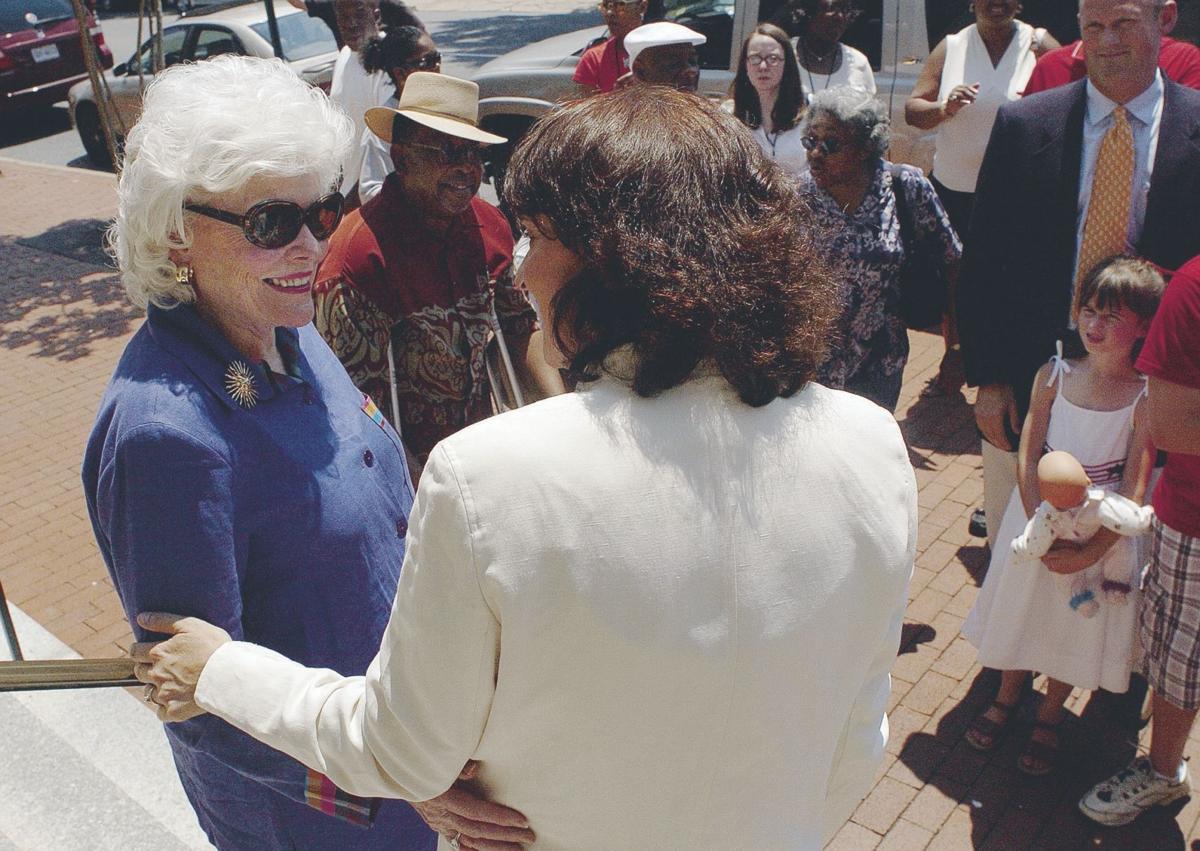 Buffett, 92, passed away Tuesday at her home in Rockport, Maine. The New York Times confirmed her death with her grandson, Alexander Buffett Rozek.

Buffett lived in Fredericksburg until moving to the Boston area in 2016 to be closer to family. Her philanthropic work focused on the underprivileged and her donations led to a city pool in the Mayfield area, a baseball complex near Bragg Hill and a scholarship program at Germanna Community College.

"Doris Buffett's generosity of heart is legendary. Her sincerity of purpose to help the children and families of Fredericksburg is an inspiration to us all," said Fredericksburg Mayor Mary Katherine Greenlaw in a statement. "Her investment in our city and our citizens will provide remarkable opportunities through education, jobs, and recreation for many years to come. She was a beautiful person inside and out. Fredericksburg is proud and grateful to have known her and been her home."

Buffett’s fondness for Fredericksburg was rooted in the childhood years she spent here. Her father, Howard Buffett, was elected to Congress in 1942 from Omaha, Neb., and brought his family east. To ease the culture shock between Omaha and Washington, he rented a house in Fredericksburg for his family to live in.

Unlike her younger, homesick siblings Warren and Bertie, Doris loved Fredericksburg and her years at James Monroe High School. She was disappointed when the family moved to Washington, where her father was still in Congress, in 1947.

Decades later, she returned to Fredericksburg because it was where she wanted to live.

In 1943, 15-year-old Doris and her 13-year-old brother, Warren, were living in a house at Chatham and attending then-segregated James Monroe High School.

One fall day, Doris was walking down Caroline Street with two JM classmates when they passed a black woman who worked as a maid in her home. Doris said hello. “You never speak to them outside the house!” the two horrified white girls informed her. She never forgot that, and years later recounted the story to a reporter.

That was just one of the events in her life that fueled her philanthropy as an adult.

Because of the racial prejudice that bothered her when she was a student at James Monroe High School, she donated money to cover fees so kids who live in the nearby Mayfield neighborhood of Fredericksburg and other city kids could swim free at the Dixon Park pool now named for her.

Because she herself had been told she was “less than” and unworthy in her childhood, she spent millions funding the Women’s Independence Scholarship Program that has put thousands of physically and emotionally abused women—who had finally found the courage to leave their abusers—through college.

Because she felt too many are being sucked down by unfair disadvantages, she wanted to offer a second chance. She funded a prison education program for inmates that helped prisoners at 20 institutions across the nation—including Coffeewood Correctional Center locally—earn college degrees.

When she read in The Free Lance–Star about mentally ill homeless people living in tents in woods around Fredericksburg, she thought of her own family’s mental health issues and built the Sunshine House in Fredericksburg. There, the mentally ill who had fallen upon hard times would have a place to stay while they receive care.

Because she herself might have lost her house after the stock market crash in 1987, she donated $1 million to Micah Ministries to help the homeless.

Because she wanted to let kids know someone believes in them even though she felt worthless and hopeless as a girl, she donated $1 million to build Sunshine Ballpark in a low-income neighborhood in Fredericksburg and another $100,000 so kids there could play free in the Sunshine Baseball League. There, those kids would get mentoring and plenty of encouragement and positive feedback.

For that same reason, she committed $2 million to a Germanna program that reaches out to local young people who need help and are willing to work hard to succeed.

Philanthropist Doris Buffett, 92, died at her home in Rockport, Maine on Tuesday, Aug. 4, 2020. Buffett lived in Fredericksburg for many years…

Doris Buffett is pictured in 2007 with letters from individuals asking for money. 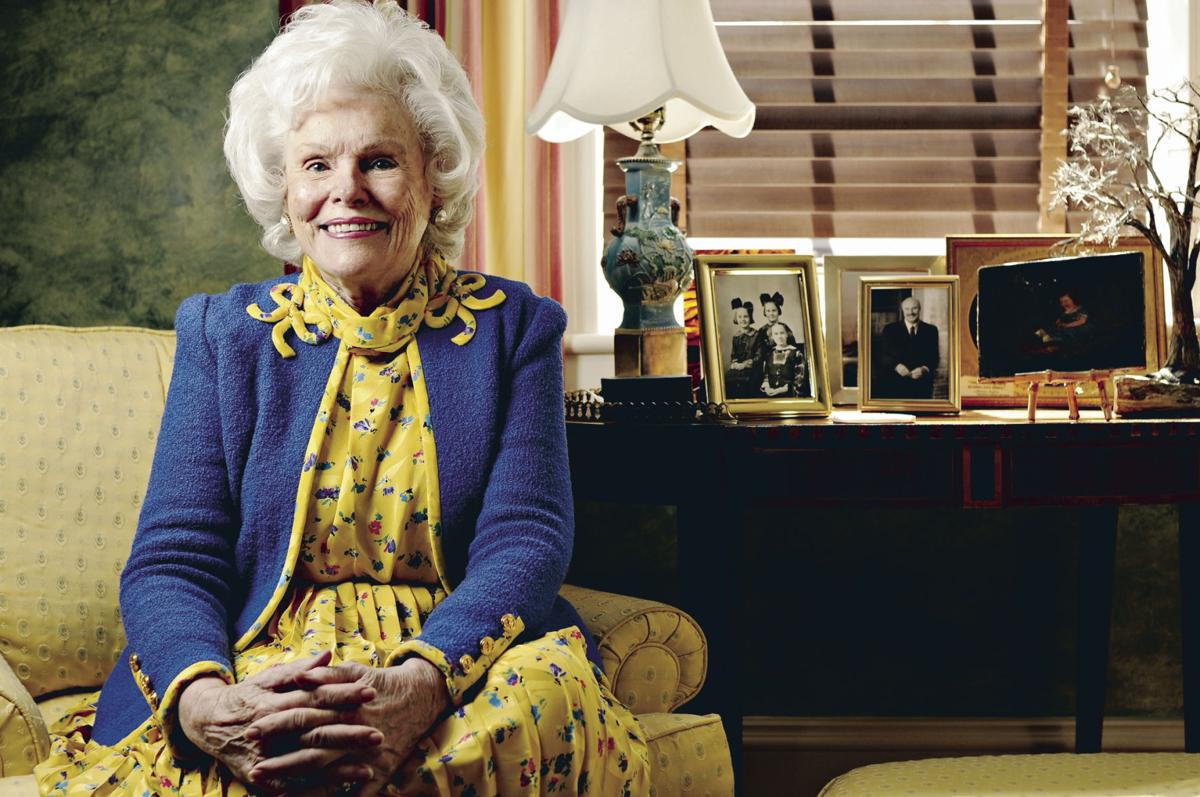