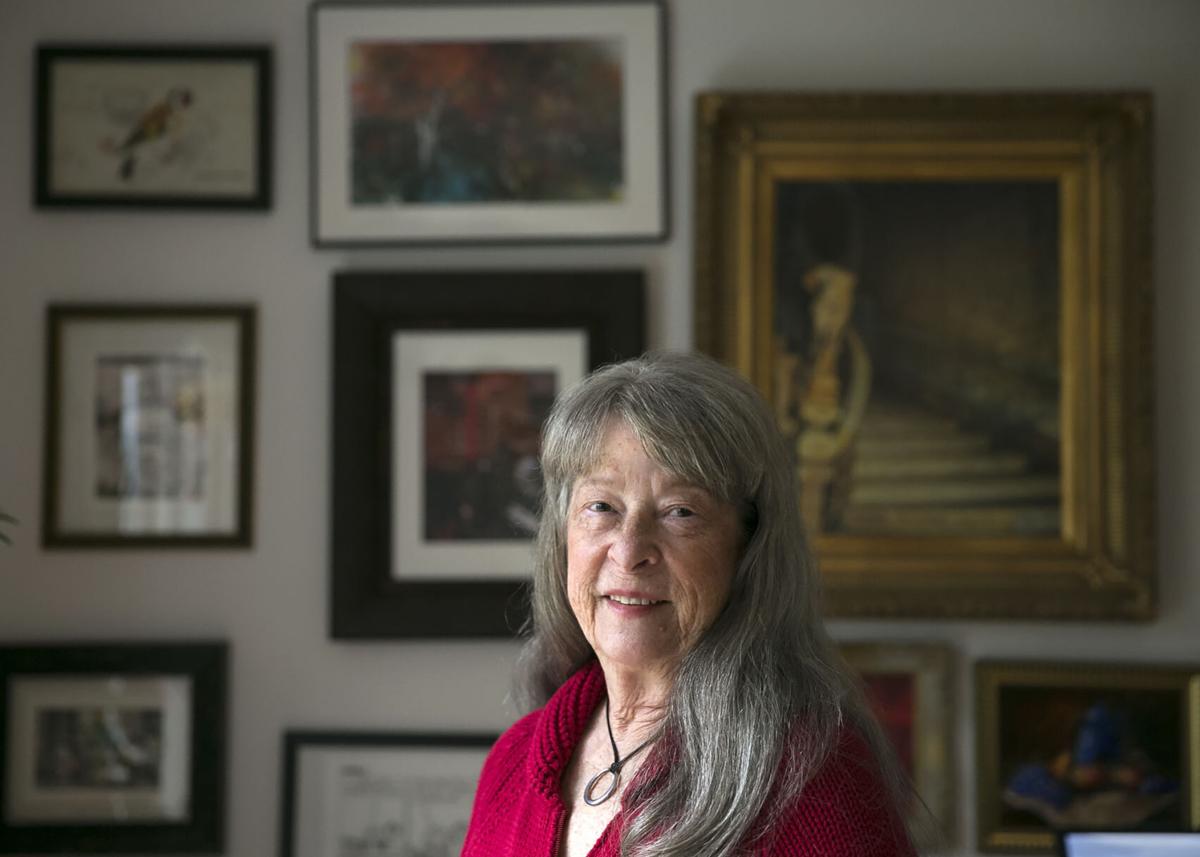 To help combat misunderstanding about the media, Penny Parrish of Stafford County has established a scholarship for UMW journalism students that includes an internship at The Free Lance–Star. 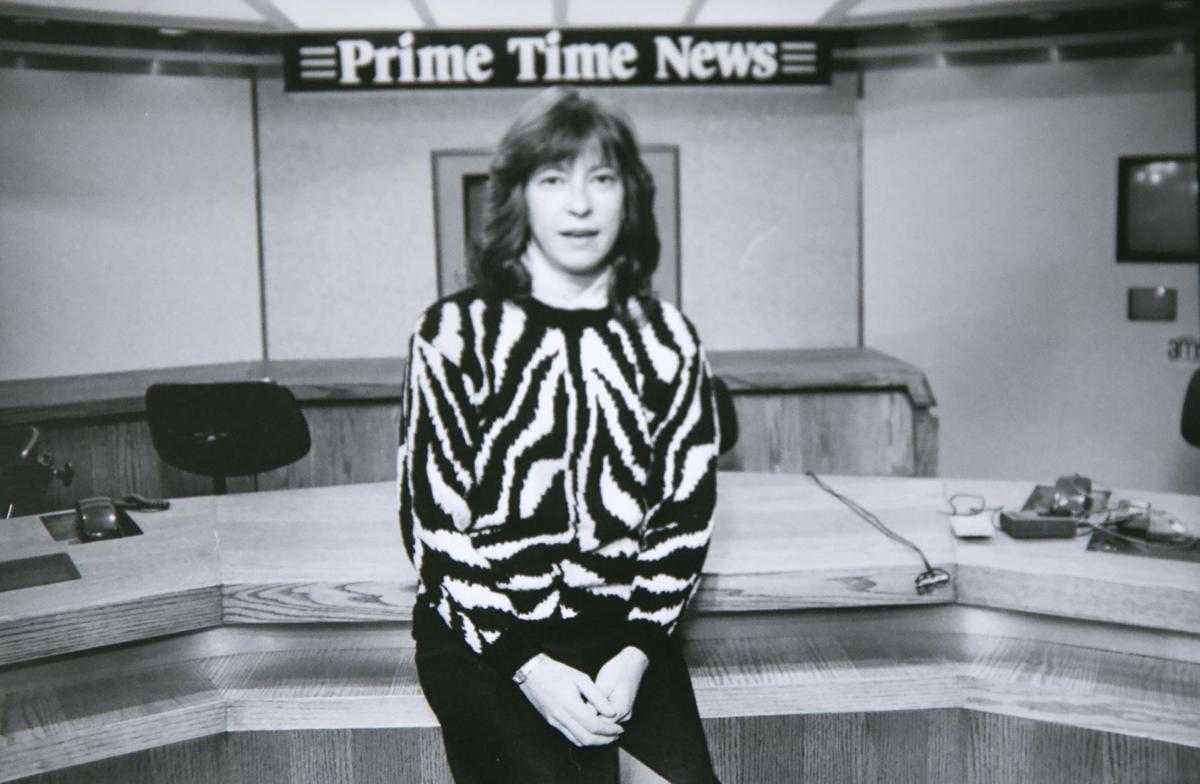 Parrish had a long career in news, including about a decade as a broadcast journalist in Minneapolis.

At one point last year, Penny Parrish grew so tired of the term “fake news,” she decided to do something about it.

“To me, there is no such thing,” said Parrish, who retired in 2012 from a career that included stints as a TV news reporter, producer, editor and director. “There is misinformation, bias and lies, but ‘news’ reflects what is going on in the world around us.”

Feeling strongly that the best way to combat misunderstanding about the media is by supporting local news, Parrish decided to take some of the proceeds from the sale of property she owned in Florida and establish a yearlong journalism scholarship at the University of Mary Washington and an internship at The Free Lance–Star.

Both will be open to UMW students who are taking journalism classes or who have an interest in local journalism. Students will be selected for the scholarship and internship this spring and the funds will be available in the fall.

UMW does not have a journalism major and Parrish said she considered funding a scholarship through her alma mater or a college or university that does have one, but ultimately decided she wanted her gift to support local news.

“Where better to help local journalism than at the local university and the local paper?” Parrish said. “I was adamant that the internship must be with FLS.”

Parrish said local newspapers “inform and advocate for the community” and that communities where they have closed have “lost their souls.”

With a background in education and criminal justice as well as journalism, Parrish came to the Fredericksburg area in 1999 for a job with the FBI Academy.

“I’ve had a wonderful, fascinating career path,” she said.

Returning after summer vacation one year, she found the school principal had installed a television studio and expected her to teach students how to use it.

“He figured that if I taught drama, I could also teach TV,” Parrish said.

She knew nothing about television, but she didn’t want her students to know that. So she “hounded” local television stations until they gave her an internship.

The internship, with WINK, the local CBS affiliate, led to a part-time job that Parrish held in addition to her teaching position. After two years, she decided to make the leap to a full-time career in television news, accepting a job in 1983 as a reporter with KMSP in Minneapolis.

Just six months later, Parrish was promoted to news director—the first female news director hired by the station. She was in charge of staffing, overseeing story assignments, writing and editing scripts and budgeting. She was also elected to the board of the Radio and TV News Directors Association and appointed Minnesota state president of the Society of Professional Journalists.

After 10 years in that position, Parrish wanted a new challenge, so she got a degree in criminal justice and took a job as the first public information officer for the Minneapolis Police Department.

Finally, in 1999, a job offer from the FBI Academy brought Parrish to Virginia. The job—teaching media relations and crisis communication to state and local police officers—combined all the different parts of her career.

“It was my dream job,” Parrish said.

Among her students over the 14 years she taught at the Academy were David Decatur, who is now the Stafford County sheriff, and Shawn Kimmitz, the Stafford sheriff’s chief deputy.

Parrish said many of her students would start out the course with “a hesitation to trust me because of my background in TV news.”

“Most of the officers had extremely negative feelings about local news because they felt they had been burned,” she said. “I tried to help them understand that the local news is a tool in their belt.”

Parrish trained the officers in interview techniques and took them on field trips to the Newseum, which she said was often an emotional and eye-opening experience for them.

“One of the things they could see there was a mangled TV tower from the 911 attacks,” she said.

Six TV engineers who worked at transmitter sites located in the North Tower died while trying to keep news broadcasts going during the attack.

“If anything was going to change a cop’s mind [about the media], it was that,” Parrish said.

Parrish said she would see her students’ attitudes toward the media change by the end of the course and that she would often receive letters from the officers thanking her for what they’d learned.

Following her retirement from the academy in 2012, Parrish took up fine art photography.

One of her personal favorite pieces was completed following the 2015 shooting at the offices of the French satirical weekly newspaper Charlie Hebdo, during which 12 journalists, cartoonists and editors were killed.

“Looking at this piece—it just makes me angry that journalists are being targeted and accused of misleading the public,” she said. “There is a fine, definite line between journalists and commentators.”

Parrish’s desire to educate the public about the difference between the two—and to fight back against the term “fake news”—is part of what led her to establish the scholarship and internship.

“I just feel good about what I’m doing and I feel grateful to be able to do it,” she said.

Parrish encourages those who care about local news and who have the means to consider establishing their own journalism scholarships or internships.

She said the public can also support local journalism by subscribing to their local newspapers.

“[And they can] call out lies and misinformation on social media and stand up when they know something is not true,” she said.

Parrish said that though the format of local news might change, “the need for truth” will not. She hopes those who benefit from her gift will be inspired to become truth-seekers.

“I think journalism is a calling rather than a career,” she said. “I hope it gets in their blood and keeps them going forever.”

To help combat misunderstanding about the media, Penny Parrish of Stafford County has established a scholarship for UMW journalism students that includes an internship at The Free Lance–Star.

Parrish had a long career in news, including about a decade as a broadcast journalist in Minneapolis.