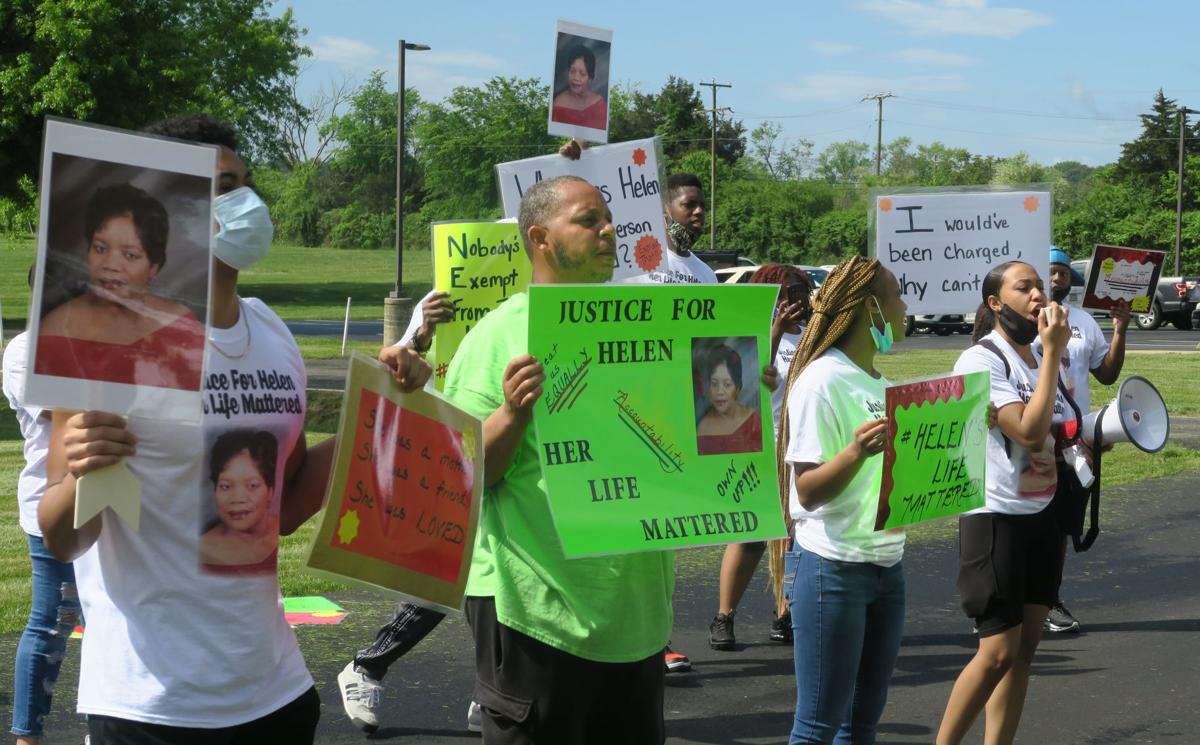 Lee Braxton (center) protests his mother’s death with friends and family in May outside of Culpeper Division Office of Virginia State Police. 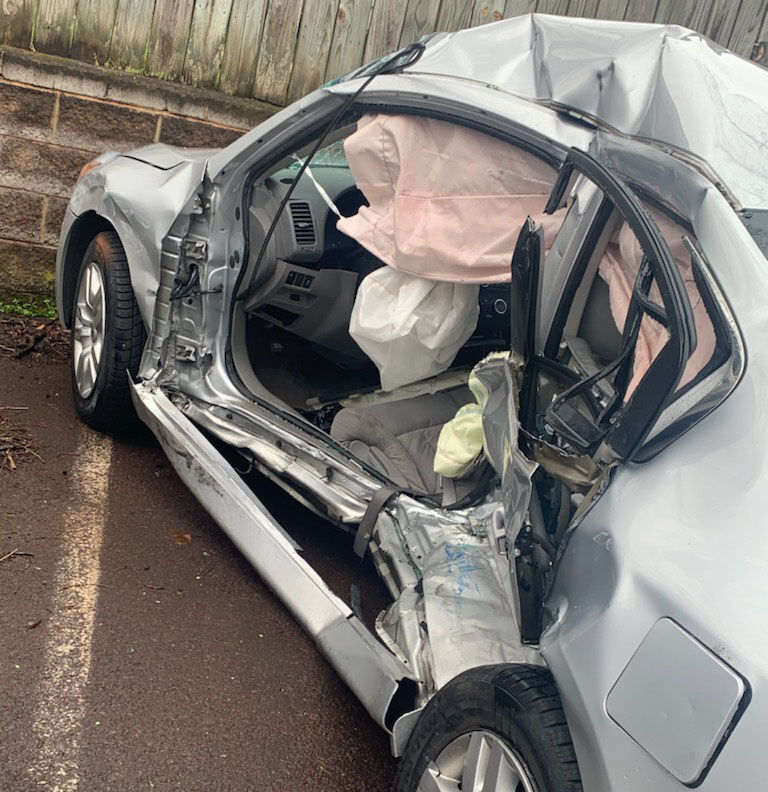 Helen Marie Quarles died at the scene of crash March 30 on Route 3 after she was struck on the driver’s side of her Nissan Altima by a Culpeper County Sheriff’s Office SUV driven by Lt. Ashleigh Baughan. 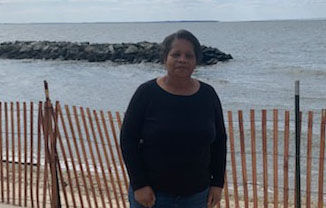 The son of a Locust Grove woman killed in a March 30 crash involving a Culpeper County Sheriff’s Office vehicle has filed a $5.35 million lawsuit against the lieutenant driving the unmarked SUV and the local sheriff who hired her.

The lawsuit claims the high-ranking officer had a history of unsafe driving, which the sheriff either knew about or should have known about.

Helen Marie Quarles, 65, died in her Nissan Altima at the scene of the crash at State Route 3 and Carrico Mills Road in Culpeper in the collision with a CCSO-issued Chevy Tahoe SUV driven by Lt. Ashleigh Baughan.

Quarles, months away from retirement, was on her way home from work in the state probation office in Manassas at the time of the wreck. She was attempting to make a left-hand turn onto eastbound Route 3 when she was struck.

Both vehicles were totaled.

According to the accident report from Virginia State Police, the lieutenant was driving 75 mph in a 55-mph zone at the time of the crash. Baughan was not responding to an emergency or in pursuit of another vehicle at the time of the fatal wreck and her emergency lights and sirens were not activated.

She has been employed with the CCSO since 2013 and was one of a few female employees to be on the SWAT team.

Attorney John Ayers of Marks & Harrison in Richmond filed the civil suit against Baughan and Sheriff Scott Jenkins Friday in Culpeper County Circuit Court on behalf of Lee Braxton, Quarles’ only child and administrator of her estate.

The complaint alleges that Baughan has “a long history of prior unsafe driving violations … [which] includes several speeding violations, at least one of which was for reckless driving.” It also claims the sheriff was aware of that history—or should have been—and therefore is also liable in the death of Quarles.

The lawsuit claimed the law enforcement officer was driving distracted in the crash that killed Quarles. She was a veteran officer who should have known the danger of speeding and driving in a careless manner, the suit said.

Baughan did not respond to an email request Monday for comment from the Star–Exponent about the lawsuit, and has not replied to at least two other previous requests for input about the crash.

Jenkins also did not respond Monday to the email. In a follow-up call to his office, a receptionist answering the phone said he was out this week.

A CCSO spokesman contacted about the lawsuit was also out of town this week.

Virginia State Police turned over its investigation of the crash more than a month ago to the Culpeper County Commonwealth’s Attorney’s Office.

Investigative materials were then turned over to a special prosecutor, Fauquier County Commonwealth’s Attorney Scott Hook, because Sheriff Jenkins has a relative working in the Culpeper prosecutor’s office. Hook did not immediately respond to an email request and phone call Monday from the Star–Exponent.

State Police initially said Quarles pulled out into the path of SUV on the four-lane divided highway and the lieutenant could not avoid the collision. The issue of her speed at the time of the crash came out later, after Braxton shared the police report listing Baughan’s speed as 75 mph—20 miles over the posted limit.

Braxton said he wants answers and is tired of waiting for the local legal system to get back to him. That’s why he filed the lawsuit.

“It seems like no one has reached out, or apologized,” Braxton said Monday in a phone call. “They are trying to brush it under the rug. I’m just trying to get some attention. Maybe it will help someone else.”

The lawsuit seeks jointly, from Jenkins and Baughan, $5 million in compensatory damages and $350,000 in punitive damages and demands a trial by jury. It seeks damages for sorrow and mental anguish, loss of Quarles’ income, loss of protection, care and assistance she provided to the family and reasonable funeral expenses.

Lee Braxton (center) protests his mother’s death with friends and family in May outside of Culpeper Division Office of Virginia State Police.

Helen Marie Quarles died at the scene of crash March 30 on Route 3 after she was struck on the driver’s side of her Nissan Altima by a Culpeper County Sheriff’s Office SUV driven by Lt. Ashleigh Baughan.