A handful of drivers, dressed in teal, attended Monday’s School Board meeting and three spoke to the board during a public hearing on the upcoming budget, offering suggestions for how bus drivers can be more fairly compensated.

School divisions across the country are dealing with a nationwide bus driver shortage that leaves existing drivers completing double and triple runs, leading to delays in getting children to school and home.

In Virginia, a bill introduced in the General Assembly this month attempts to address the shortage by providing an incentive to drivers to stay in the profession. House Bill 351 would allow drivers in school divisions that have been identified as having a “critical shortage” to continue working and receive a retirement allowance from the state.

Locally, bus drivers with both Stafford and Spotsylvania counties spoke publicly this fall about discipline problems on buses and feeling unsupported by parents and school administration.

In November, after hearing from bus drivers, the Spotsylvania School Board voted unanimously to establish a Transportation Task Force under Superintendent Scott Baker to study bus driver pay and work conditions.

She said Director of Transportation Kenny Forrest formed a Transportation Advisory after the November board meeting. The advisory comprises bus drivers and transportation department staff and has held two meetings, in November and December, Daniels said.

Bus drivers who spoke at the November meeting also met personally with Baker, and Baker is planning ride-alongs with some of them in the next few weeks, Daniels said.

“We’ve asked for a step program to be reinstated, but if this is not a viable option, we propose a scaled increase,” Rolka said. “We would like to see this based on tenure, not across the board.”

She proposed that drivers with 20 or more years of service receive a 7 percent pay increase, those with 15 to 20 years receive a 6 percent increase and those with 10 to 14 years, 5 percent.

“Even if this will be hard to budget for, the reality is, if the next jurisdiction over is offering a better deal, that’s where your drivers are going to go,” she said.

In October, about a month after a meeting between division administration and bus drivers, the Stafford County School Board approved a new pay scale for drivers and attendants that included a raise of up to 12 percent for drivers with between six and 11 years experience.

Spotsylvania School Board member Lisa Phelps, who represents the Lee Hill District, said bus driver pay will be a priority for her during the upcoming budget season.

“Without our bus drivers, we cannot function,” Phelps said. “They need to be taken care of. There is always a way to decompress [the salary scale] and bring drivers up to par.”

Baker will present his proposed budget for fiscal year 2021, which begins July 1, on Jan. 27. 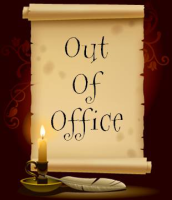 This has been an ongoing issue for over twenty years. Hopefully, it can finally be resolved. I would hate to see the County lose more good drivers.