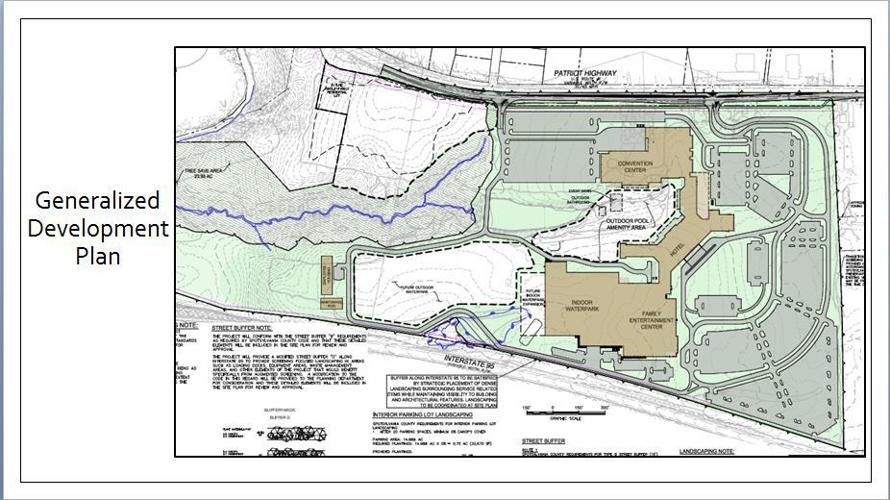 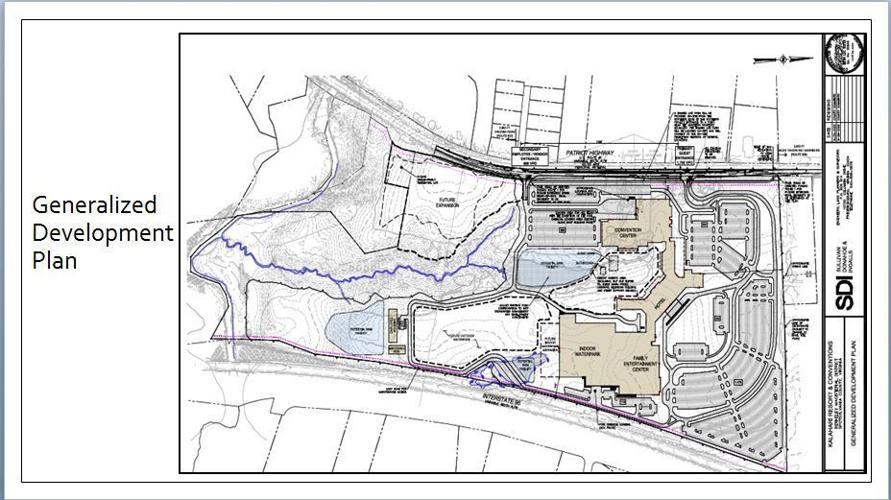 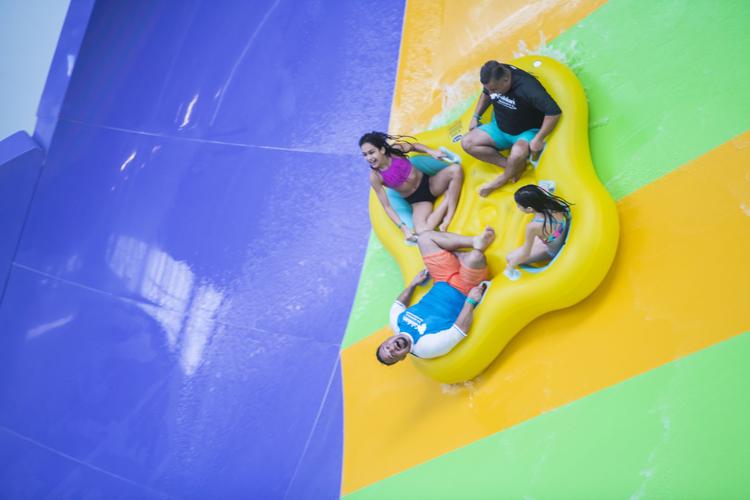 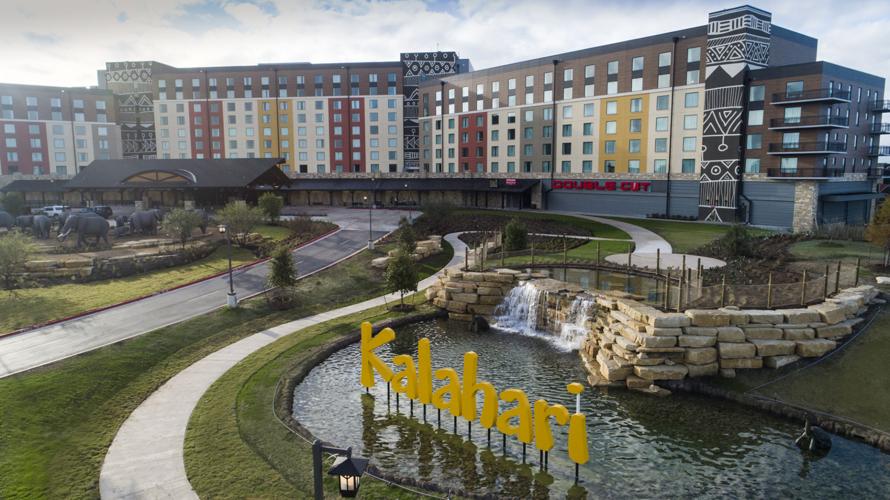 Kalahari Resorts Round Rock opened in November 2020 in Texas. The company eyes a 2028 opening for its local resort. 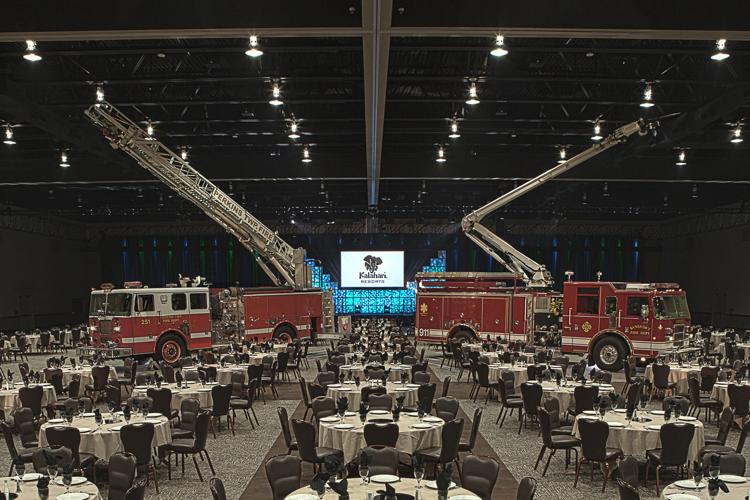 Firetrucks are set up in the convention center at the Kalahari resort in Sandusky, Ohio. The site’s potential as a venue appealed to county supervisors.

The Thornburg area of Spotsylvania County is in for big changes as the Board of Supervisors approved a rezoning for a massive water park resort at Tuesday night’s meeting.

Most of the supervisors touted the Kalahari Resorts & Conventions resort as a game changer and something that will put the county on the map for entertainment venues. Two supervisors, however, weren’t happy about how the process played out, citing a lack of transparency.

In the end, the board voted 5–2 to approve the rezoning of nearly 135 acres between U.S. 1 and Interstate 95 from agricultural to planned development commercial so Kalahari can build the resort. The property is in an area designated for growth, aimed at tourism, near the southernmost I–95 interchange in Spotsylvania.

Plans for the Wisconsin-based Kalahari company’s resort call for more than 1.38 million square feet of commercial space. The company plans to build a 267,429 square-foot indoor water park and entertainment center, a 10-acre outdoor water park, a 900-room hotel and a 156,278 square-foot convention center.

The entrance to the park would be on U.S. 1, just south of the intersection with Mudd Tavern Road.

The new resort will be the fifth opened by Kalahari. The company operates its Africa-themed resorts in Wisconsin, Ohio, Texas and Pennsylvania.

Kalahari flirted with the area in 2007, when the company announced its intention to build a resort and conference center next to the Fredericksburg Expo Center in the city’s Celebrate Virginia South. An economic downturn killed those plans.

Now the company has the green light to build the resort in Spotsylvania.

Local attorney Charlie Payne, who represents Kalahari, said during a presentation Tuesday that the park will be “the most unique place in Virginia. … This is becoming your entertainment center.”

The resort will not be far from the Dominion Raceway, which opened near the I–95 interchange in Thornburg in 2019.

Kalahari, Payne said, will be “an economic stimulator,” bringing in jobs and tax revenue.

The attorney said that in the first 10 years the resort will bring in an estimated $3.5 billion to the county, between tax revenue and jobs.

Payne also introduced several letters sent in support of Kalahari, including from local businesses and from the localities where Kalahari has built its other resorts.

Eight people spoke during the public hearing, with an even split for and against the project. Some who spoke are concerned about traffic impact, primarily at the U.S.1 entrance, which will have a turn lane but no traffic light.

The resort is expected to add more than 4,000 vehicle trips in the area once it opens. Estimated traffic volumes do not meet the threshold for a signal at the entrance, according to Virginia Department of Transportation guidelines.

One man who spoke questioned the resort’s revenue projections and what they mean for county residents.

“Revenue, revenue,” Eric Tucker said. “Well how wonderful it’s going to be to raise revenue. Funny thing is every time this happens and we raise more revenue, I don’t get any revenue back.”

Marshall, who works in the county’s Department of Economic Development that worked with Kalahari on the proposal, called the project a “one of a kind … family-owned” business.

“I think it’ll be a very successful project,” he said.

Frazier said Kalahari would be a great place for locals to hold family reunions and other events. She and others also touted the impact the conference center could have.

Hayes said Kalahari will be a “jewel in our crown.”

McLaughlin said the county has one of the lowest tax rates in the region and still provides top-notch services. He noted that the county also will be getting the VA Clinic along with Kalahari, and bringing in good businesses will allow Spotsylvania to keep tax rates low.

Supervisor Ross praised the deal with Kalahari, saying the county is “blessed” to have the resort coming to Spotsylvania, adding that there are no up-front costs in the agreement.

The agreement the county struck with Kalahari gives the company millions in tax breaks, something Ross downplayed.

“We’re still getting 30% of something we’re not getting any percent of now,” he said.

Two supervisors have issues with a performance agreement between the county and Kalahari, primarily because they said the process was not transparent.

In the performance agreement, the county will fork over up to 69% of tax revenue in the 20-year contract.

The tax incentives issue only came to light Sunday when Matt Strickland, who owns Gourmeltz restaurant in Spotsylvania, posted the performance agreement details on his Facebook page, which drew dozens of responses, many against the incentives.

Yakabouski said he doesn’t have any issue with Kalahari or the incentives to lure the company to the county, which is a common practice. He doesn’t approve of how the county handled the process.

“The process has not been ideal, and it’s been rather shady,” Yakabouski said.

Lane also has issues with the county’s dealings with Kalahari.

He apologized to his constituents, saying he should have pulled the agenda item on the performance agreement on May 24, explaining that he didn’t have a solid grasp on the issue at the time.

Still, he pointed out that Kalahari “could absolutely transform the Thornburg area,” adding that he didn’t vote against the project because of the resort and its plans.

Person struck by train in Fredericksburg

A commuter train struck and killed a 21-year-old Fredericksburg resident on Wednesday morning, according to city police.

The Fredericksburg Area Metropolitan Planning Organization is looking into the possibility of adding another bridge crossing the Rappahannock River.

A Fredericksburg contractor has agreed to pay more than $500,000 to settle a labor dispute with the federal government, according to the U.S. …

Kalahari Resorts Round Rock opened in November 2020 in Texas. The company eyes a 2028 opening for its local resort.

Firetrucks are set up in the convention center at the Kalahari resort in Sandusky, Ohio. The site’s potential as a venue appealed to county supervisors.