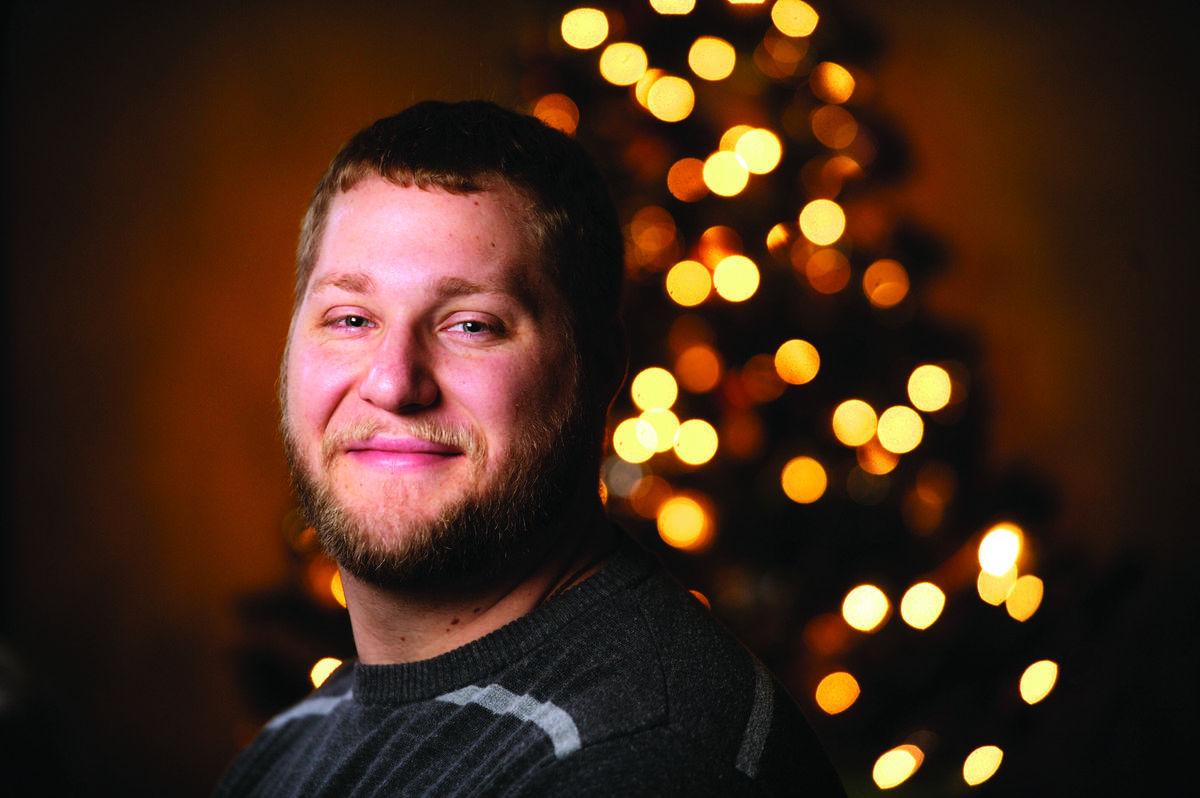 Spotsylvania resident J.D. Green was a match for Terry Les, a Michigan man who needed a kidney transplant. 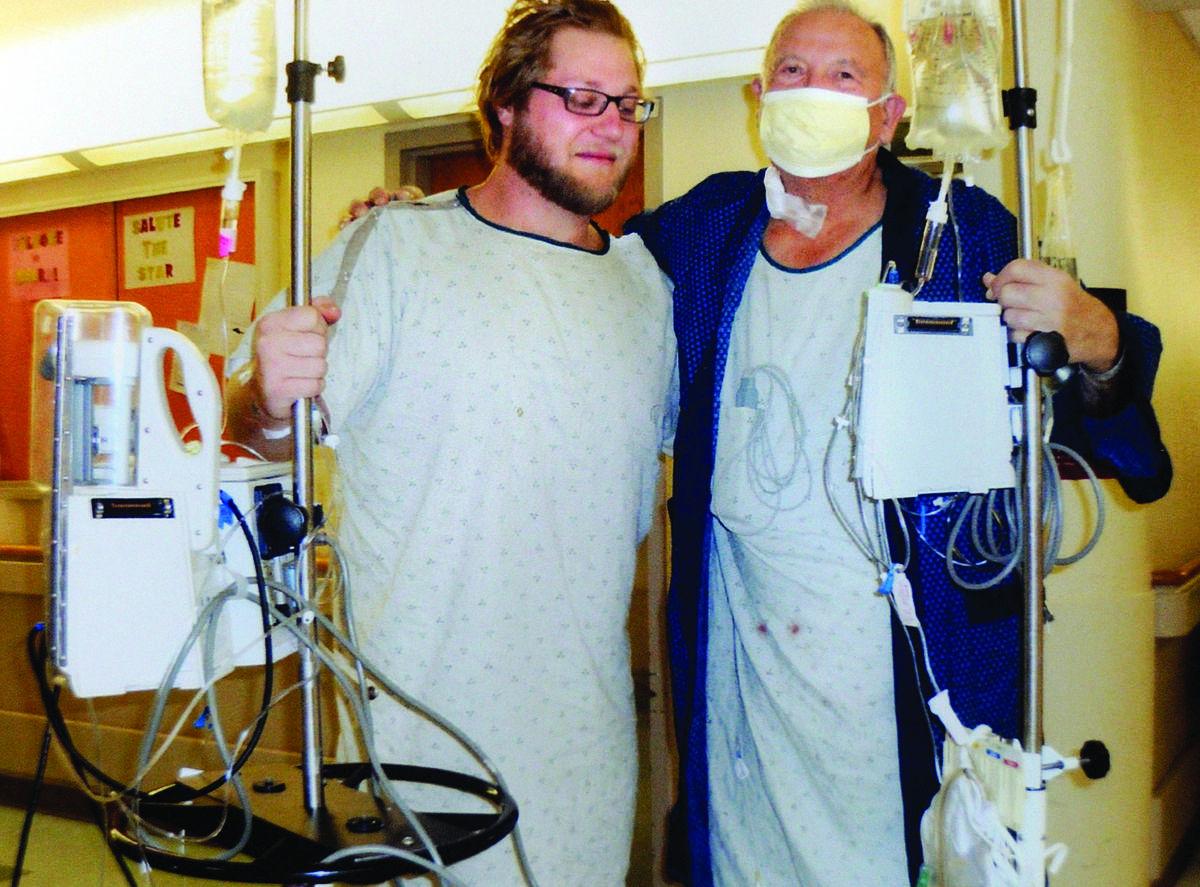 Day in and day out Green fixes what is broken there and breathes life into the estate’s fledgling grape crop, which he tends with his grandmother Jayne White.

So, when Eden Try’s owner, Gary Gratopp, said his longtime friend and former partner on the Detroit police force Terry Les, 72, needed a kidney, Green took care of that, too.

On Nov. 26, the day before Thanksgiving, Green underwent surgery at Beaumont Medical Center in Macomb Township, Mich., and gave one of his kidneys to Les.

“My dad has been injured my whole life,” he said. “In 2003, when he was diagnosed with MS it was too late to do anything. There’s nothing I can do for him, and when I heard I could help Terry, it never occurred to me not to give him my kidney. My football playing days are over, anyway.”

His kidney failure was progressing after being on dialysis almost every day for a year.

He was on a kidney transplant list but the wait was so long that he, and wife Veronica “Roni” Setera, were worried he’d never live to see a new organ.

Gratopp has employed White for three years and knew that she had an extensive group of friends in Spotsylvania who might know of someone to donate a kidney.

But White didn’t have to ask many people. Her grandson, also an A-positive blood type, stepped up as soon as he heard he could be a living donor.

“We didn’t believe it at first,” Roni Setera said.

Ten years after he was first diagnosed with kidney disease, Les’ heart had hardened to the idea there was a living donor who could help.

The couple, married 37 years, lost two children early on and his only other relative with the same blood type, a brother, couldn’t donate because of health problems.

Two other friends tried to be living donors but weren’t matches.

The donation process started in December 2013, with blood tests to make sure that Les and Green were compatible.

Green took five trips to Michigan for various tests and to spend time with Les.

“Even with his kidney problems, he was full of life and never complained,” Green said. “The first time we met, we sat at his kitchen table and talked one-on-one. He’s a big guy but he got so soft-spoken and thanked me. It’s a manner that doesn’t usually become a policeman. They still can’t stop saying ‘thank you’ enough.”

Green had only had one surgery before and said he wasn’t nervous until the plane landed in Michigan a week before the transplant.

There, alone at the Drury Inn between tests at the hospital each day, he had time to think about the nearly five-hour surgery that was conducted by a team of 12 at Beaumont.

But he said it was all worth it after the surgery was completed.

Les’ color had improved from a nearly gray pallor to a healthier, rosy color.

“When you have kidney disorder, you’re emotionally drained,” Setera said. “Dialysis is just maintenance, it doesn’t fix your kidneys.”

She said that Green wasn’t just a help to them at Beaumont.

While Les was getting lab work done before the transplant, Green was there with them in the room, saw an amputee struggling to get to the elevator in his wheelchair, and got up to help.

“He is such a conscientious person,” she said. “It’s still hard to believe that this young person was so altruistic, to think of giving an organ to a stranger.”

Getting a kidney was “the best gift, the gift of time and a gift of love,” he said.

He and Setera say they wish they could adopt Green.

Green’s acts haven’t just formed an extended family in Michigan. The couple, with no heirs, says that they plan on leaving him their Clinton Township home, which has ample outdoor space overlooking the Clinton River. They said that they hope this will give the outdoorsy Green something to look forward to.

Here, at Eden Try, Gratopp said the experience has brought the staff closer together.

The recovery is taking some time to get used to for Green, who in his mid-20s and 6 feet, 3 inches tall, is used to being able to move more easily.

His hobby of weightlifting is put on hold for the time being, and he can’t work as a bouncer for months until his recovery is complete. The Cowboys football fan and movie buff is watching his health to make sure his remaining kidney is healthy.

He has been back to Michigan for checkups, and is planning on returning in the new year to visit Les and Setera.

Les, too, is working toward recovery, and is excited to have a better quality of life that is already changing his outlook. No longer shackled to dialysis every day, he can do more of what he enjoys.

“What he gave me, all that pain and discomfort to help a stranger, it’s amazing,” Les said.

Most Fredericksburg-area localities have 'substantial' rates of COVID-19 transmission

CDC's new recommendation calls for even fully vaccinated people in areas with high or substantial rates of virus transmission to wear masks inside public places.

Spotsylvania resident J.D. Green was a match for Terry Les, a Michigan man who needed a kidney transplant.