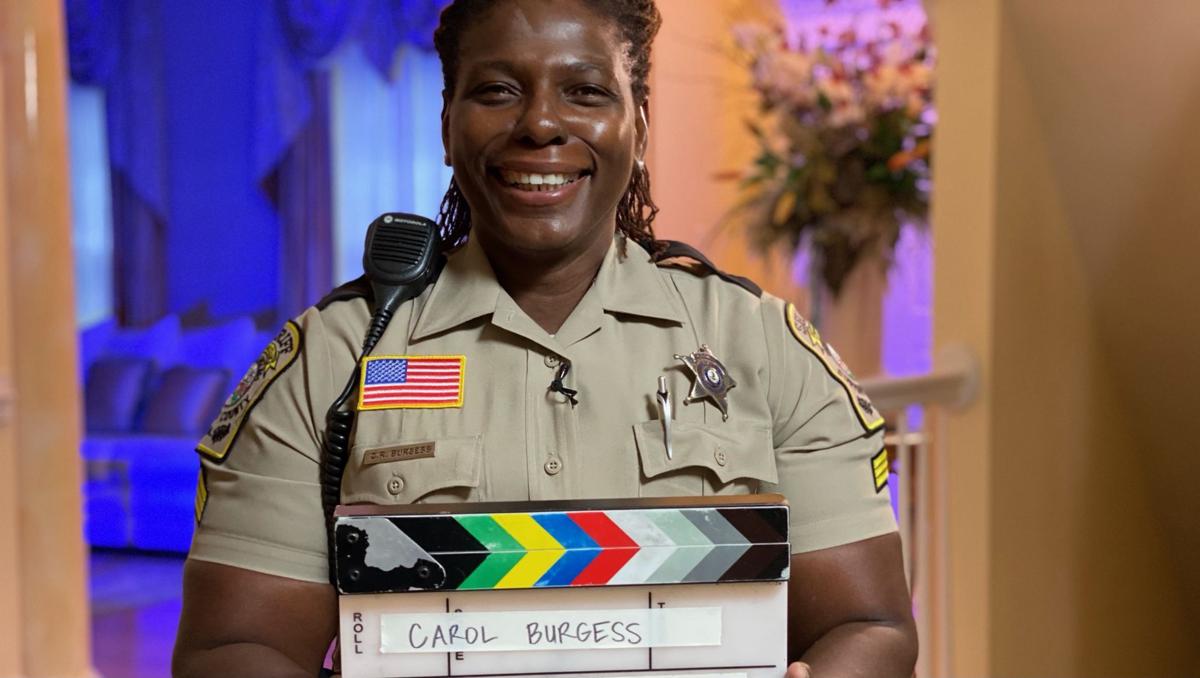 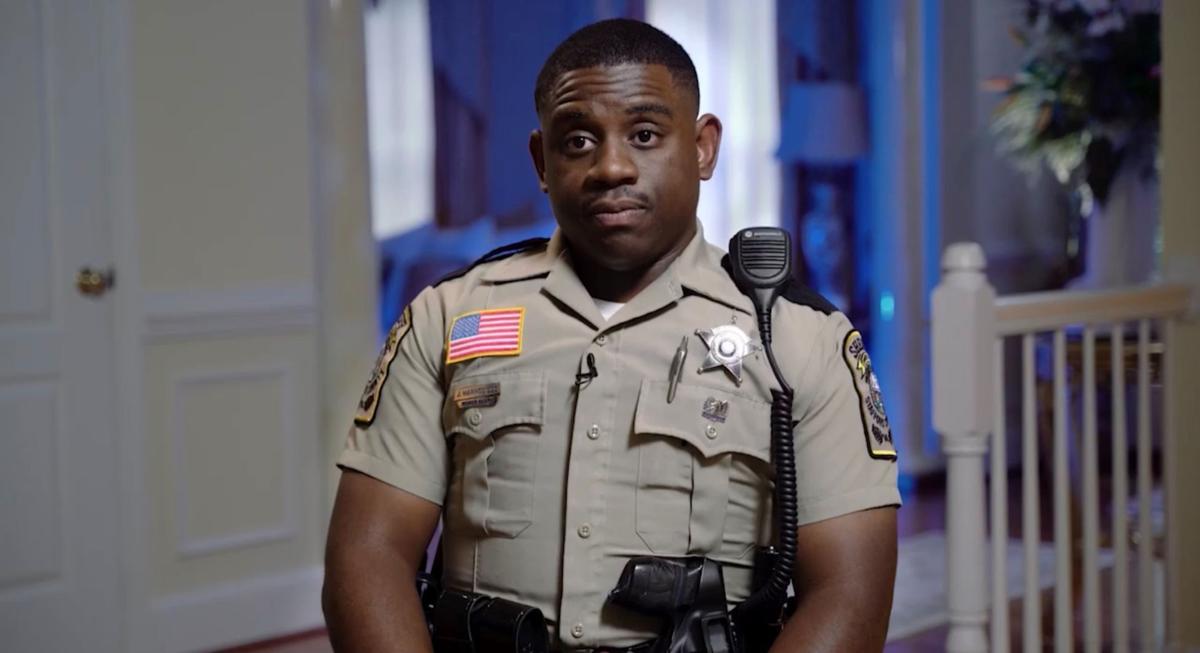 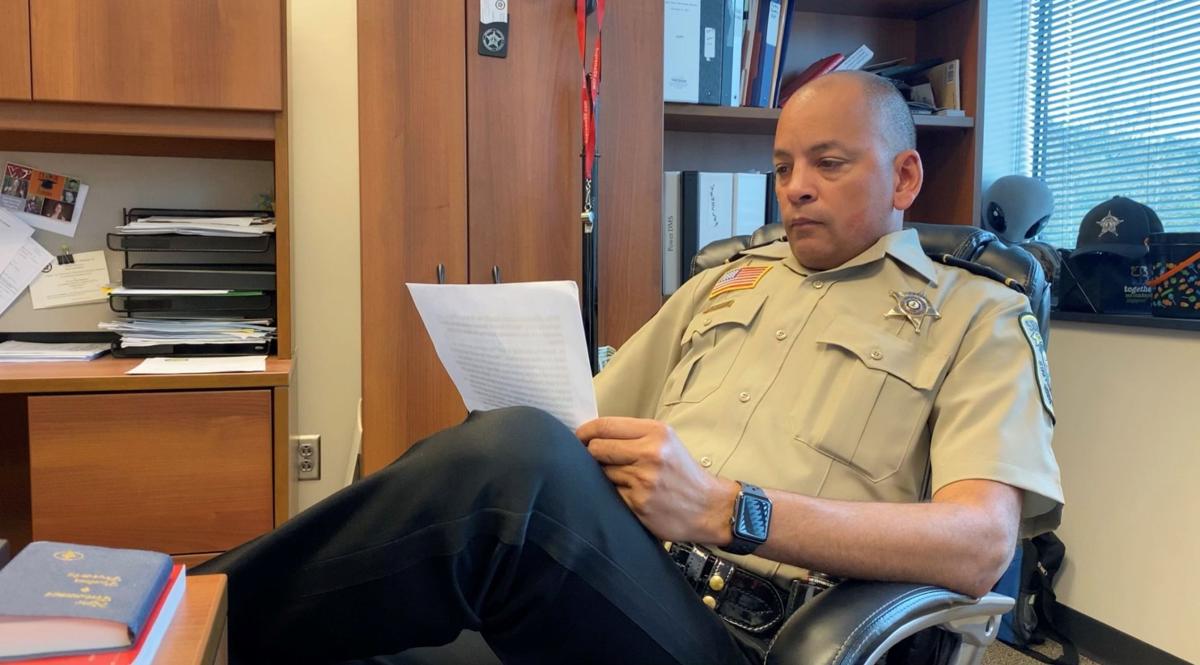 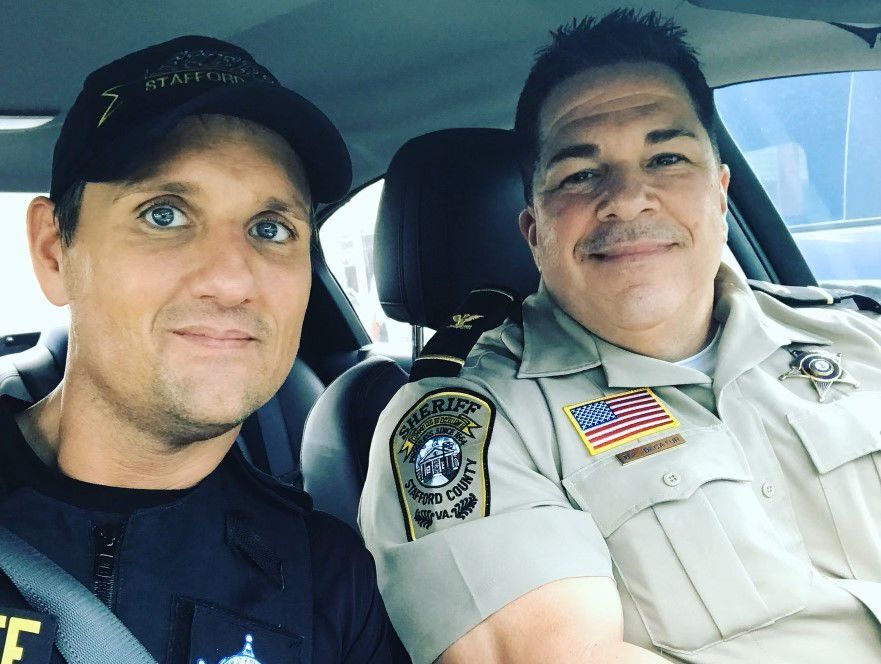 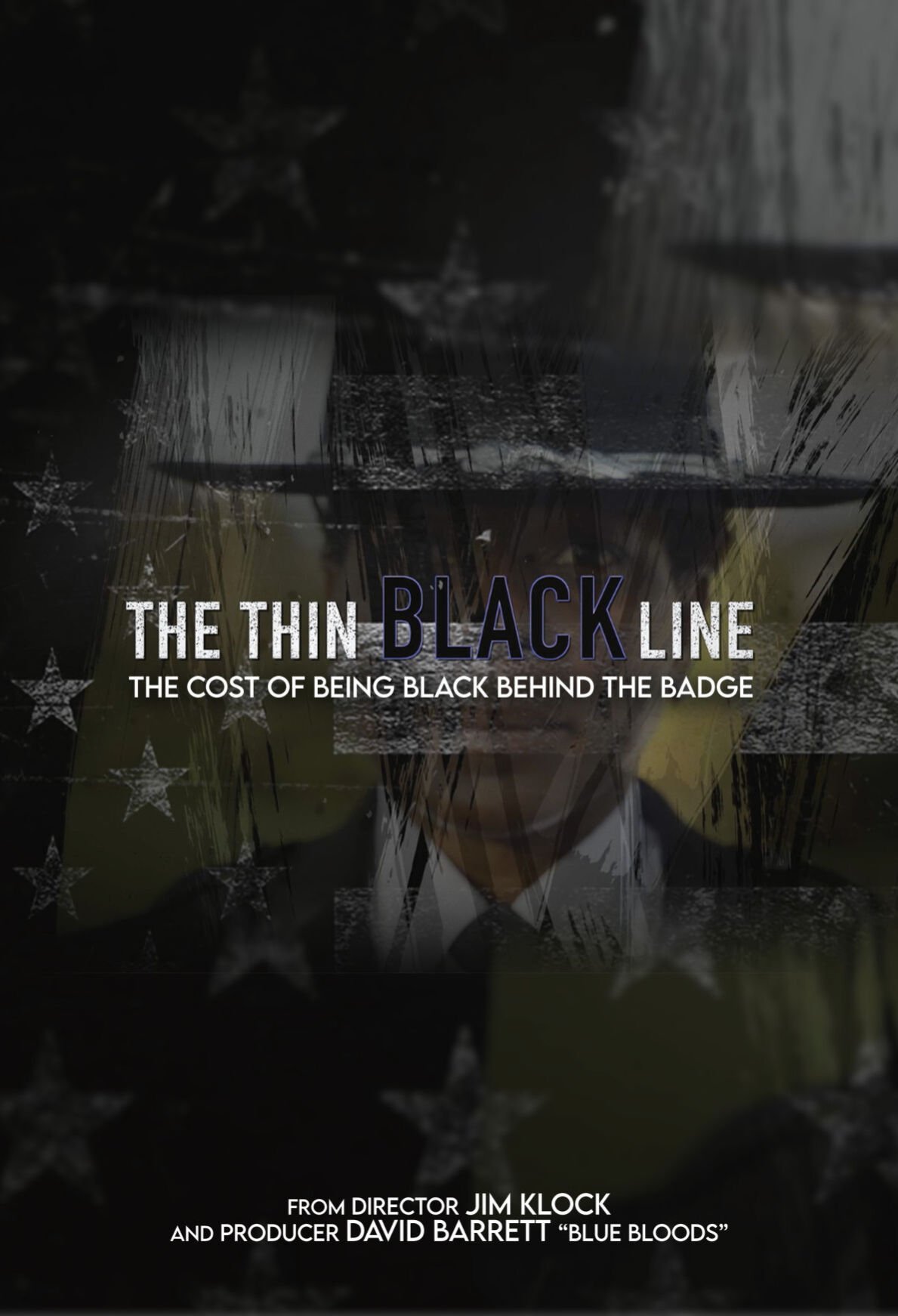 Klock’s documentary was filmed and produced in Stafford.

Several Stafford County deputies will appear this fall in “The Thin Black Line,” an 80-minute documentary that captures what Black law enforcement officers face while serving in a volatile time where tensions over racism have divided the public over their trust in police.

“It’s a very emotional time to be in law enforcement as a Black man,” said Stafford County Sheriff’s Capt. Lee Peters, who is featured in the new film. “It’s an interesting time to be a Black man in America.”

The film’s creator and producer is actor and Fredericksburg native Jim Klock. Years ago, Klock served as a deputy sheriff locally, then in Alexandria, before becoming a narcotics detective in Stafford. Although he changed careers and moved to Los Angeles in 2005, he returned to Stafford last August, spending 10 days near Abel Lake shooting the horror movie “Slayed.”

Klock said he created his latest project, in part, as a tribute to his former partner, Alexandria Police Sgt. Gerald Ford and other African American officers.

“I just feel like this was an opportunity for me to be able to honor some of those men and women and give light into a subject that maybe people weren’t aware of, or maybe had never taken the time to listen,” said Klock.

Another deputy featured in the documentary is Sgt. Carol Burgess, who has 21 years of law enforcement experience, with 18 of those in Stafford.

About 10 years ago, Burgess put on her workout clothes and got into her police cruiser to drive to the Sheriff’s Office to use the gym. While she was driving, a call came in regarding a Black woman driving a police car wearing civilian clothing.

“They didn’t think I was a law enforcement officer because I’m Black driving a marked cruiser? Really?” said Burgess.

But it’s not just Burgess who has felt slighted, harassed or ignored while wearing a badge.

Stafford Deputy John Harrod said he’s lost about 85 percent of his friends and has been shunned by a large portion of his family since becoming a law enforcement officer.

Last year’s deaths of Breonna Taylor, George Floyd and others at the hands of law enforcement officers sparked protests against police, and Black officers were among those targeted by crowds.

“And when I have these encounters and I’m put in that box, sometimes it feels like you can’t get out,” said Harrod.

Burgess said other Black people are sometimes quick to jump to the conclusion she’s either “sold out” or is “working for the white man.” They don’t understand what lies behind her badge, she said.

“It’s about protecting and serving those who can’t speak for themselves,” said Burgess. “That’s what it’s about. It’s about helping the community.”

Klock said the idea to tell the stories of these Black officers was formed years ago when he was a young police officer serving with Ford. While on a patrol in a large public housing area, Klock said Ford set him straight on a misconception he carried for years: that most people living in those communities were criminals.

Ford told his rookie partner that the number of criminals in those communities is low, and most of the residents are good, honest and hard-working.

“That changed my way of policing,” said Klock.

Last year, during the height of the anti-police protests, Klock watched in horror as a young white teenager harassed and berated a uniformed Black police officer during a demonstration.

“I started thinking about Gerald [Ford] a lot,” said Klock. “I was really upset. That just really hit me.”

“In this time with everything happening, I thought how courageous, to be a person of color to put that uniform on,” said Klock, who returned to Stafford to capture more footage and conduct interviews to produce his documentary.

Local businessman Vernon Green, one of the producers of the new film, said he became involved with the project because the answer to the community’s law enforcement challenges is more minority involvement, not less.

“From a place of community policing, responsible policing and minority involvement, anywhere there’s going to be a challenge that involves minorities and the community, I want to be part of it,” said Green.

During local protests last year, Green stood with law enforcement officers where he witnessed minority officers trying to keep the peace among people of their own race. He also understands the pain Black officers endure when another minority civilian loses their life at the hands of the law.

“It tears them apart because they feel divided,” said Green. “All those things, I just feel, need to be heard. I’m not saying their struggle is any harder than their counterparts’, I’m just saying that we should be aware.”

Stafford Sheriff David Decatur said he hopes the documentary will help persuade minority men and women to consider serving as law enforcement officers to help make their own communities better places to live and raise their own families.

“Minorities in our organization are very important to us and I think we just need to listen and be present and try to have empathy and understand what it is like to be in their shoes,” said Decatur. “We need you in this profession. We need you to be a part of the solution.”

Klock said he believes the film will leave viewers inspired, encouraged and full of hope in what he said some believe is a “dark, ugly universe.”

“There’s beauty, there’s hope, there’s amazing men and women who are doing amazing work and they’re minorities first, they have struggles that I will never have, that I will never understand,” said Klock. “And then they put on these uniforms and they run into the fire.”

In addition to Klock and Green, “The Thin Black Line” is produced by David Barrett, who helped produce the television police drama “Blue Bloods.”

To view a trailer of “The Thin Black Line,” visit TheThinBlackLine.net.

Klock’s documentary was filmed and produced in Stafford.