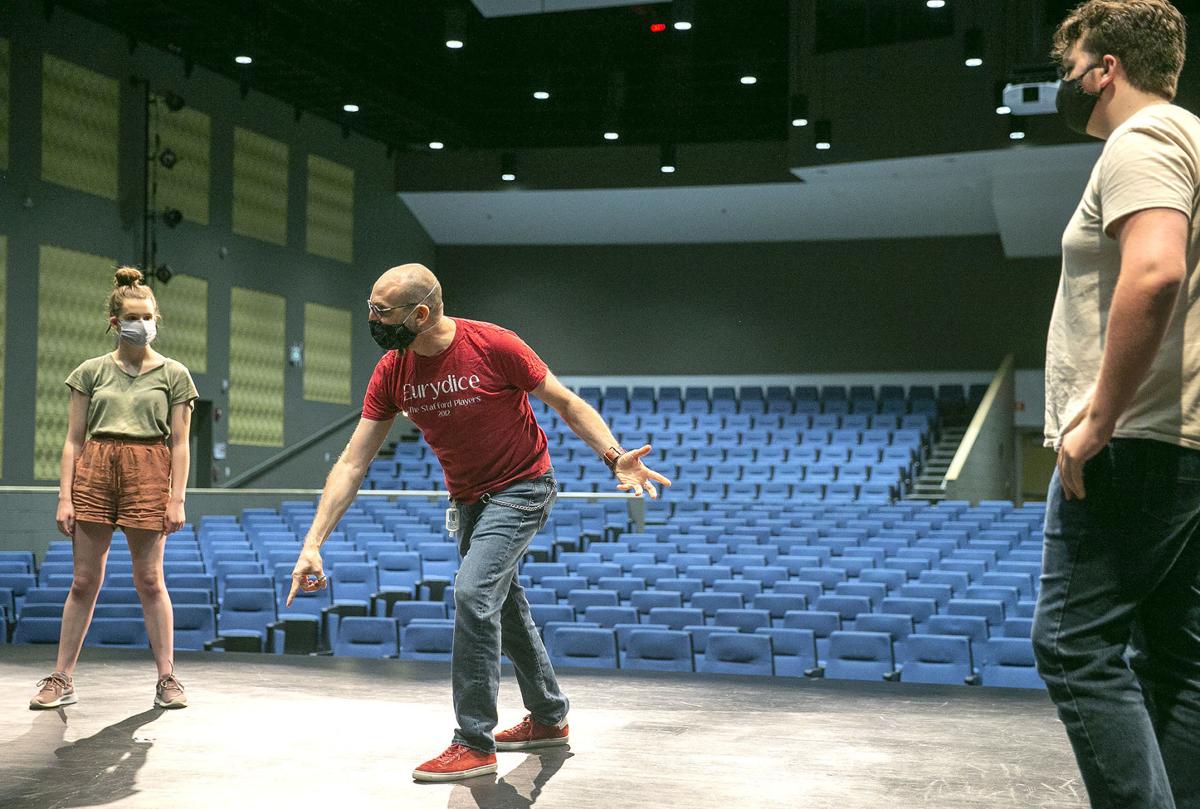 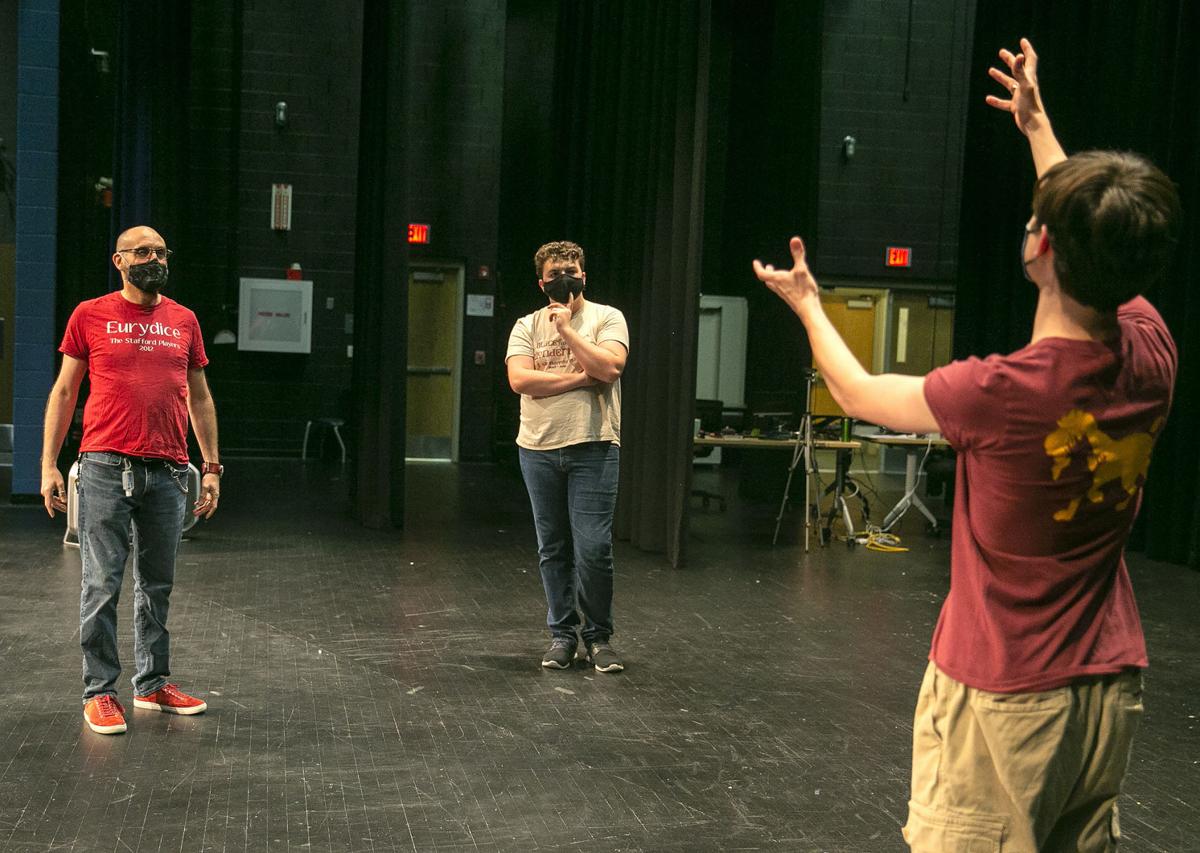 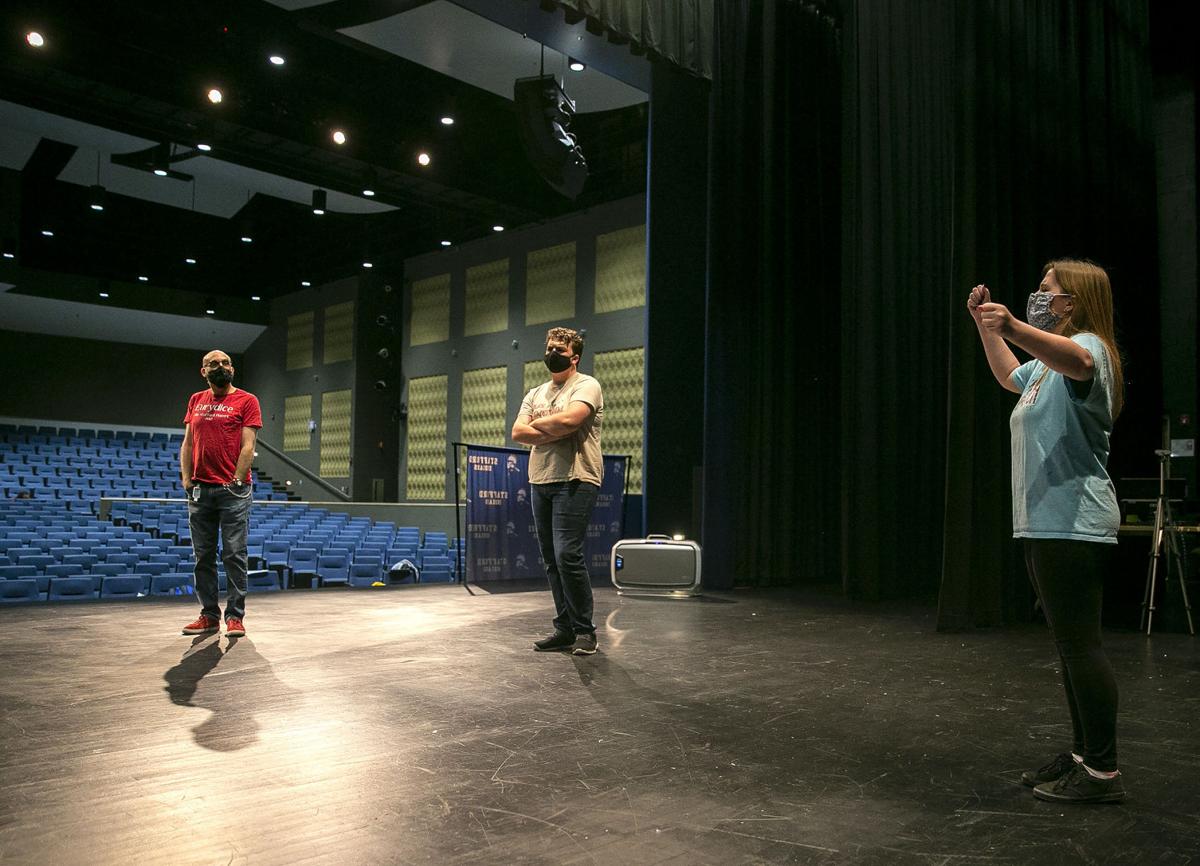 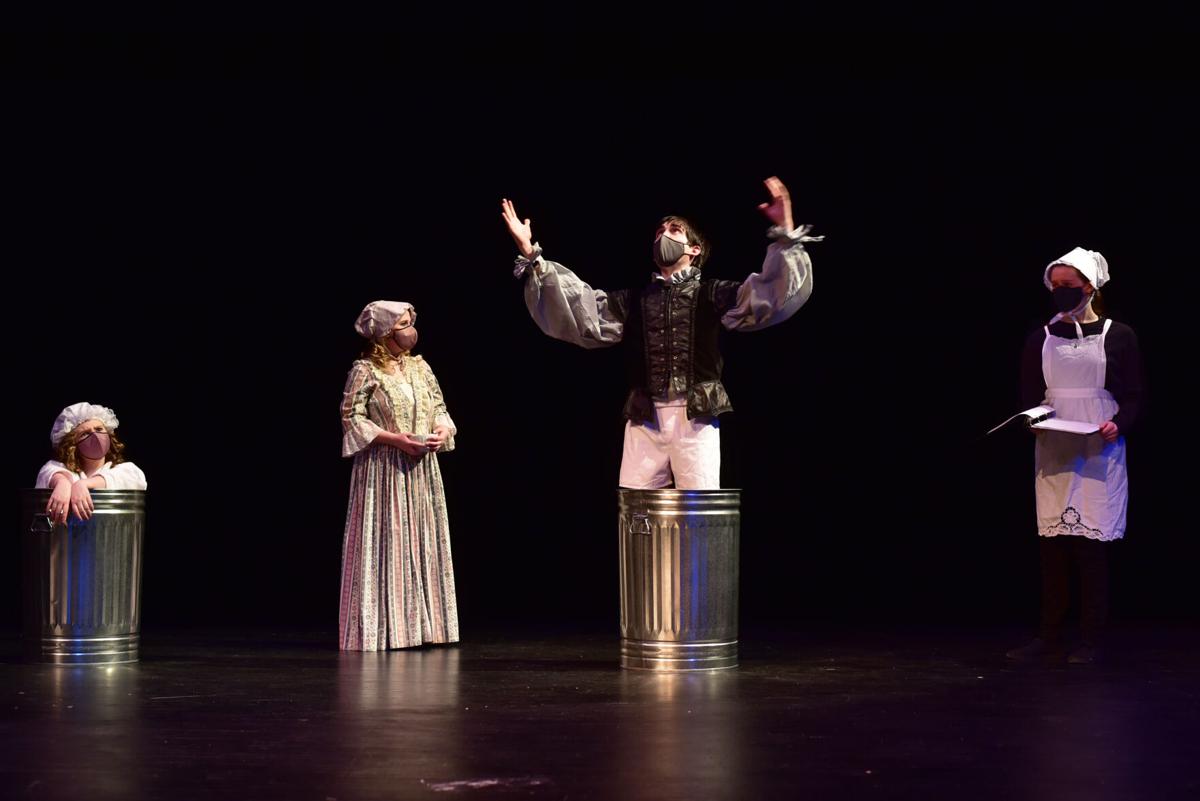 With school being held virtually for Stafford County secondary students this winter, the Stafford Players had to begin rehearsing “Actor’s Nightmare,” their entry in the 2021 Virginia High School League theater competition, via video chat.

Theater director Michael D’Addario used color-coordinated chess pieces that he would move around on a piece of cardboard to show the students how they would move around on stage. The cast members had to try to re-create the chemistry that flows between the actors and the audience in a live performance through their computer screens.

“It was nerve-wracking to think we would have to do our productions and the [competition] virtually,” said senior Nathan Davis. “It’s so much more difficult to relate and act virtually.”

It was so daunting that some cast members—all seniors who have acted together since they were freshman—considered bailing on the final performance opportunity of their high school careers.

“For me as an actress, really the best part is having fun on stage with your friends right there,” said McKenna Stine. “That was broken when were all virtual. But I’m so glad I decided to keep going.”

“I thought, ‘This is the hardest play I have ever done and hardest thing I’ve ever done,’ ” she said. “I said, OK, I can either let that affect my acting or I can keep moving forward, and I kept working and eventually it went really well.”

It went so well that the students’ production of “Actor’s Nightmare”—a one-act play by Christopher Durang—won first place in the VHSL statewide theater competition. The win was announced May 14.

This is the third year in a row that Stafford High School has won the state championship for theater.

In addition, cast members Johnson and Austin Cox won Outstanding Actor awards and were the two top-ranked actors statewide. It was Cox’s third consecutive statewide win and earned him a place in the VHSL Record Book of actors with the most individual state acting awards.

With a total of five state theater awards, the Stafford Players are also going into the VHSL Record Book, D’Addario said.

“An Actor’s Nightmare” is a surreal play about George, an actor who finds himself onstage, in the middle of a play, unable to remember any of his lines. He continues to be thrust into play after play with no memory of ever having been to rehearsal, the whole time trying to figure out the reason for his plight.

“The judges said this was some of the best comic acting they’d ever seen from a high school,” D’Addario said. “That was a big deal because we don’t usually do comedy. [They also said] the student actors [who play characters from the different plays George finds himself in] understood their characters really thoroughly. They didn’t let them be two-dimensional.”

D’Addario and the cast and crew of “Actor’s Nightmare” credit assistant theater director Corey Holmes—who is finishing up her first year at Stafford High School—with helping them understand their characters, many of whom come from the plays of William Shakespeare.

“That is her area of expertise and it is not mine,” D’Addario said.

Holmes, who has taught at other Stafford County schools, said she has been a “huge fan” of the Stafford Players.

“It was intimidating to come to a program that I’ve always admired and intimidating because of all the limitations [of the COVID-19 pandemic],” she said.

D’Addario also said he was exhausted by the challenges of teaching during the pandemic and when Stafford schools did reopen in person in February, he wasn’t looking forward to the work of putting back together an acting troupe that had been isolated from each other for almost an entire year.

“Teaching this way has been so hard,” he said. “It’s been such an uphill battle and I thought it was going to be harder to get though everything because of all these requirements.”

“But actually, [putting together ‘Actor’s Nightmare’] is the only thing that I’ve loved doing all year,” D’Addario continued.

It was hard not to be inspired by the students’ excitement. When the pandemic struck in March 2020, they had had to abruptly stop working on “The Madwoman of Chaillot,” which was to be their big spring production.

Now nearly all seniors, they were looking for closure from that experience, which Stine said was “devastating.”

“When you work with people for so long, they become second family, and when you don’t get to close off what you started, it just sucks,” she said. “So being able to work with them to win our last state championship and all these acting awards is just amazing.”

Davis said he felt more driven than ever to give “Actor’s Nightmare” his best work.

“After being away for so long, I don’t know if they felt it too, but it was like I felt this burning,” he said. “I thought, ‘I have to get back in there and get it done,’ and it made me step it up a lot. I think we took a lot of steps up in quality.

“I’m glad we were able to come back together and do what we love.”

The public can see the Stafford Players’ award-winning production of “Actor’s Nightmare” in a double feature with “Check Please,” a short play about online dating, directed by Holmes and featuring freshman and sophomore theater students.

The shows can be viewed any time through June 9 for free at bit.ly/3hQZyUb.

Penguins mail their Christmas letters to Santa at UK zoo

Penguins mail their Christmas letters to Santa at UK zoo