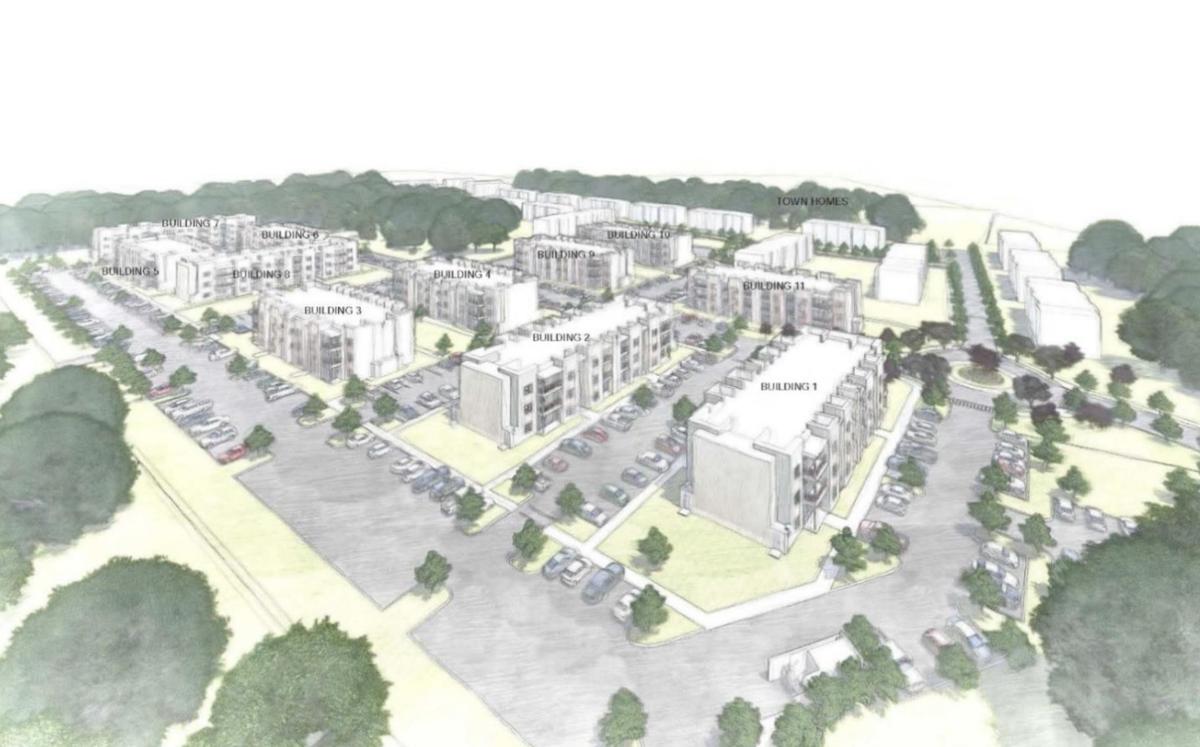 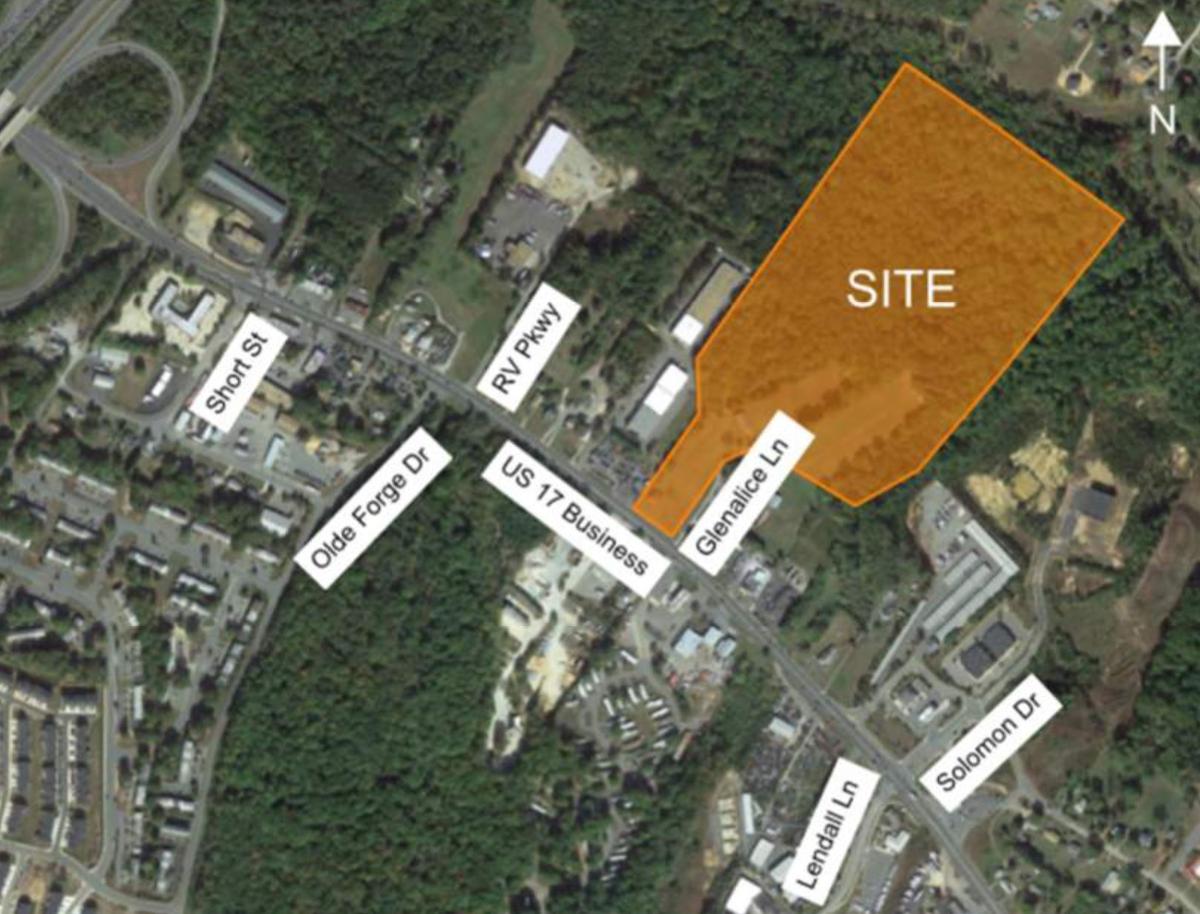 The proposal calls for the rezoning of 44 rural residential acres to urban mixed-use land. 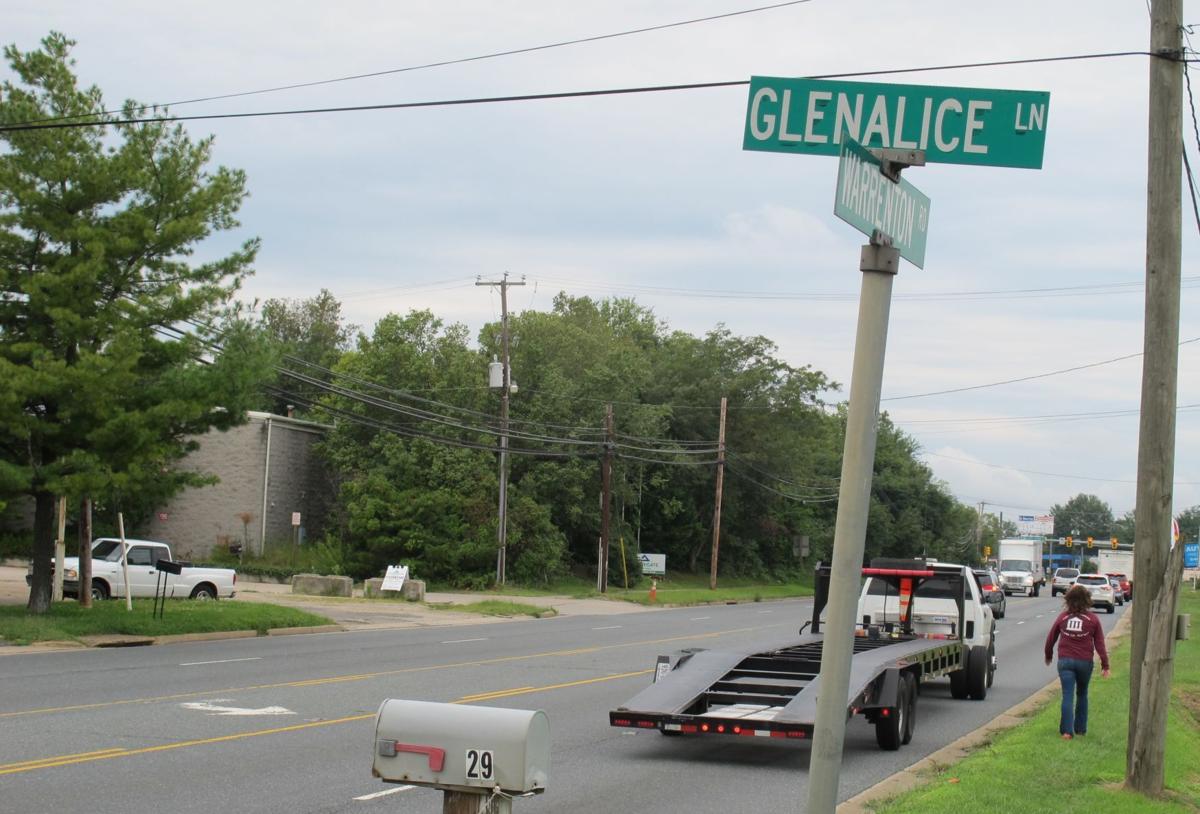 Glen Alice Lane, a one-lane gravel driveway off Warrenton Road, will serve as the gateway to a proposed apartment and townhouse development that will span 44 acres. 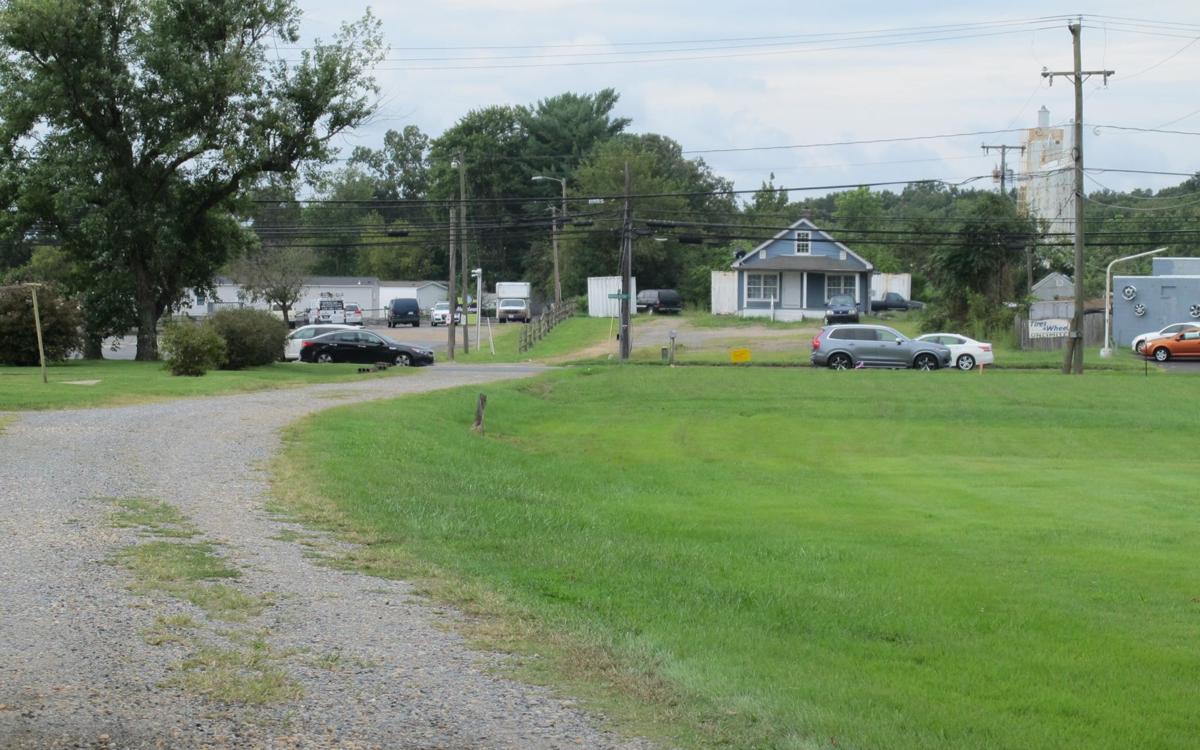 Glen Alice Lane, a one-lane gravel driveway off Warrenton Road, will serve as the gateway to a proposed apartment and townhouse development.

Stafford supervisors unanimously agreed to temporarily put the brakes on a proposal to build hundreds of apartments and townhomes in woods and fields along U.S. 17 in Falmouth.

Supervisor Tom Coen, whose district the project lies in, requested a deferral on an official vote at last week’s meeting until supervisors meet in early October. Coen said he needs time to further examine stormwater management concerns and other issues associated with the plan.

The proposal calls for the rezoning of 44 rural residential acres to urban mixed-use land to accommodate 84 one-bedroom, 132 two-bedroom and 38 three-bedroom apartments in 11 separate three-story buildings.

Rental costs in the apartments would average about $1,600 per month, Charlie Payne, a Fredericksburg attorney who represents the project, wrote in an email. Payne also said local workers will get a discount.

The plan also calls for 114 townhomes on the property, along with nearly 4,800 square feet of commercial real estate.

The proposed Mainline residential development will be accessible only by Glen Alice Lane, which is currently a one-lane gravel drive that dead-ends at an open pasture surrounded by mature trees. The lane would be improved to support daily vehicular traffic.

Supporters of the project believe new apartments and townhomes along that stretch of U.S. 17 one mile west of U.S. 1 will bring much-needed commercial business to a well-traveled area of Falmouth.

“[This project] would be a drawing card for commercial, that they could see that this project is an upscale project and I think that this would be the dam-breaker, you might say, for the commercials to start coming in their office buildings, upscale restaurants, things like that,” said Roger Embrey, one of the current owners of the property.

Jackie DeBernard, another co-owner, agreed with Embrey’s analysis and believes the hundreds of new residents who would live there would also require businesses nearby where they could eat, shop and unwind.

“Bringing this in is going to beautify [U.S.] 17 and it’s going to want people to come with their commercial,” said DeBernard. “And if they’ve got all those houses and apartments, there’s definitely going to be people there that’s going to use the commercial, especially its restaurants, or whatever it may be.”

“HubZones provide advantages for companies securing government contracts,” said Holden. “As one of our major employers in this county is indeed government contracting, HubZones are an important tool for us to encourage business expansion and investment.”

Several county residents spoke out against the proposal, including Cassandra Brickner, who lives north of the site.

Brickner told supervisors she worries about the projects’ impact on the nearby Rappahannock River and the Falls Run tributary. She said her neighbor’s yard floods each time it rains and she fears new construction so close to protected resources will make the runoff problem worse.

“Where’s the stormwater management for this project?” asked Brickner. “Where is it going to be diverted?”

Other residents told supervisors the added traffic from the project will put additional strain on an already overtaxed U.S. 17 so close to the busy Interstate 95 interchange.

“We have gridlock on our roads, but no plan to take care of it,” said Stafford resident Joe Brito. “I don’t understand how a board can approve more residential development when we just don’t have the capability to catch up with our infrastructure.”

The builder proposes $2 million in proffers to offset the impact on schools and emergency services.

But Supervisor Gary Snellings said the project will put further strain on county schools. He said the students in Mainline would be added to those from a previously approved 700-unit Westlake housing development in Hartwood and 600 new homes on Centreport Parkway approved in 1989.

“I know what’s coming and our schools are packed to the rafters,” said Snellings. “So I’ve got some deep concerns there.”

The proposal calls for the rezoning of 44 rural residential acres to urban mixed-use land.

Glen Alice Lane, a one-lane gravel driveway off Warrenton Road, will serve as the gateway to a proposed apartment and townhouse development that will span 44 acres.

Glen Alice Lane, a one-lane gravel driveway off Warrenton Road, will serve as the gateway to a proposed apartment and townhouse development.