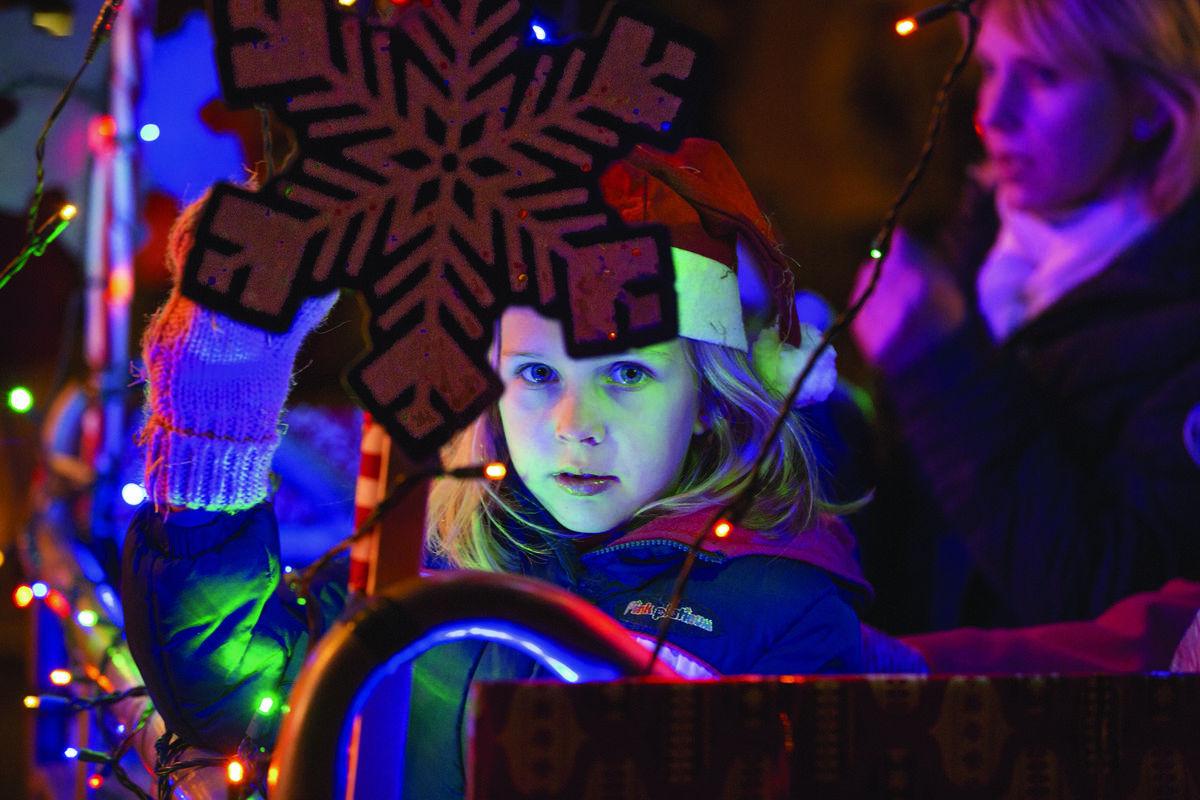 Stacey Scrimgeour, 7, waves to onlookers from the Leckner Nissan float in the inaugural Stafford County Christmas Parade on Saturday. 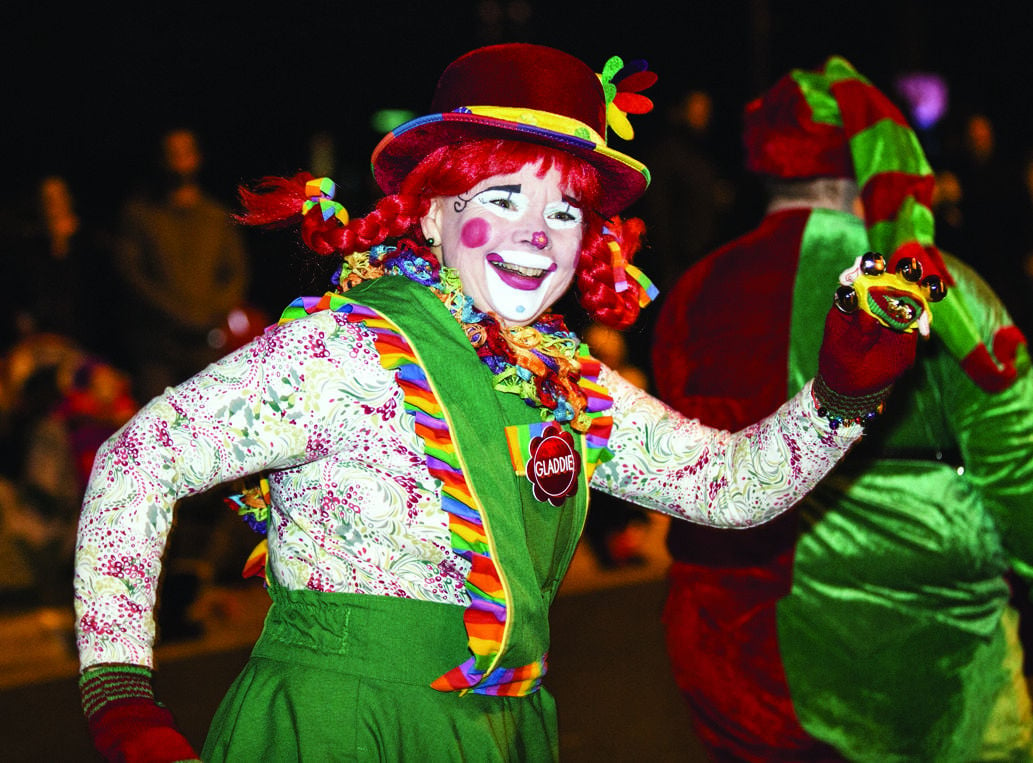 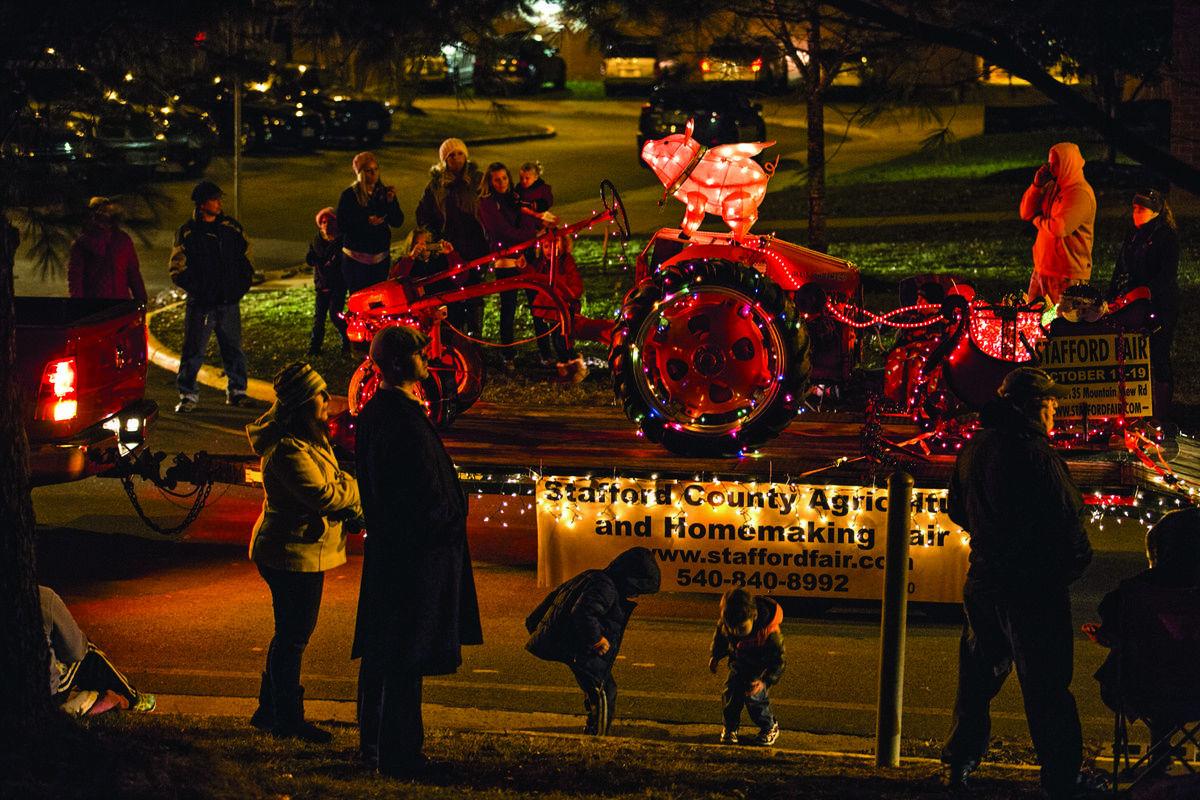 The Stafford County Agricultural and Homemaking Fair float included a light-up flying pig on a tractor. 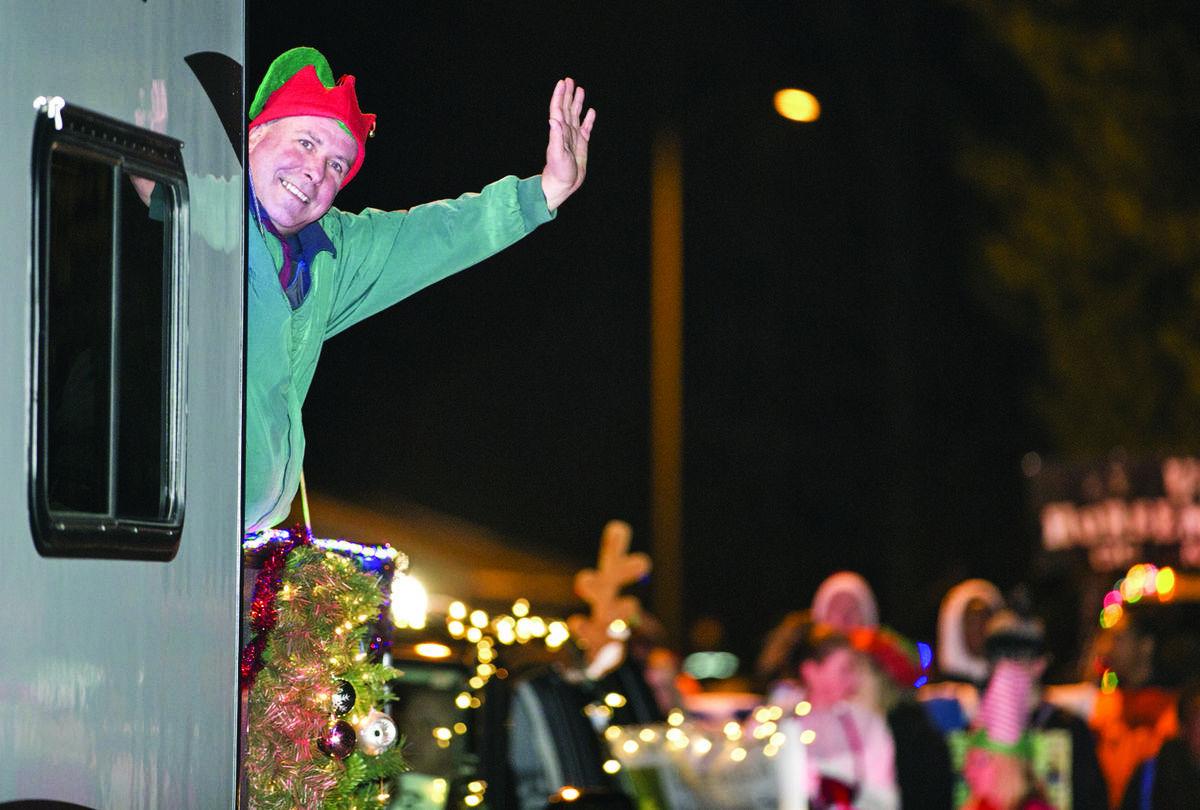 Bill Herring waves from an RV during the Stafford County Christmas Parade, which saw a good turnout on Saturday.

On this occasion, the lights were cause for celebration—signaling the beginning of the first annual Stafford Christmas Parade.

Jett led the parade from behind the wheel of the black car with his wife in the passenger seat. They tossed candy to hundreds of people along the short route from Stafford Middle to Brooke Point High School.

Gordon Shelton organized the event on behalf of Stafford Crime Solvers to honor Jett and Circuit Court Clerk Barbara Decatur, both of whom retire at the end of the year. “It’s all about Christmas and having fun and getting families together,” he said after the parade.

The only hitch was parking, or the lack thereof. Some attendees parked their vehicles along Courthouse Road after the available spaces at Brooke Point filled up.

The parade took place off Courthouse, on a road connecting Stafford Middle and Brooke Point. Shelton said next year’s location is up in the air, though he did say the route would be different.

With temperatures in the high 30s, the parade featured antique cars from 610 Cruisers accompanied by a miniature horse in a homemade reindeer costume, old U.S. Army trucks, little girls twirling batons and 10 horse riders from the United Horsemen’s Association.

Stafford resident Angela Stephens, a member of the horsemen’s association, said it was nice to have an event in her home county for a change. The group has participated in the Fredericksburg Christmas Parade and other events around the state for years. “It’s a wonderful thing to have a parade here in Stafford,” she said. “We typically do stuff everywhere else.”

Stafford resident Jasmyn Abrams said she enjoyed the parade, aside from a float featuring an array of Confederate flags. A group calling itself “Southern Occupants United Through Heritage” sponsored that float, which Abrams said misrepresents the county as a whole.

“I don’t think it’s accurate or representative of what Stafford is like now,” said Abrams, a Brooke Point High School grad. “We’re growing, we’re expanding, we’re more diverse than we’ve ever been.”

Otherwise, she called the parade “a lot of fun.”

Shelton apologized to anyone who was offended by the float but said he couldn’t restrict the group’s First Amendment right to display the flags. He noted that everybody behaved themselves during the event.

A recent Christmas parade in Roanoke also included marchers with Confederate flags, drawing complaints from the local NAACP. The parade’s organizer said the Sons of Confederate Veterans chapter had a First Amendment right to carry the flags at the event.

Stacey Scrimgeour, 7, waves to onlookers from the Leckner Nissan float in the inaugural Stafford County Christmas Parade on Saturday.

The Stafford County Agricultural and Homemaking Fair float included a light-up flying pig on a tractor.

Bill Herring waves from an RV during the Stafford County Christmas Parade, which saw a good turnout on Saturday.