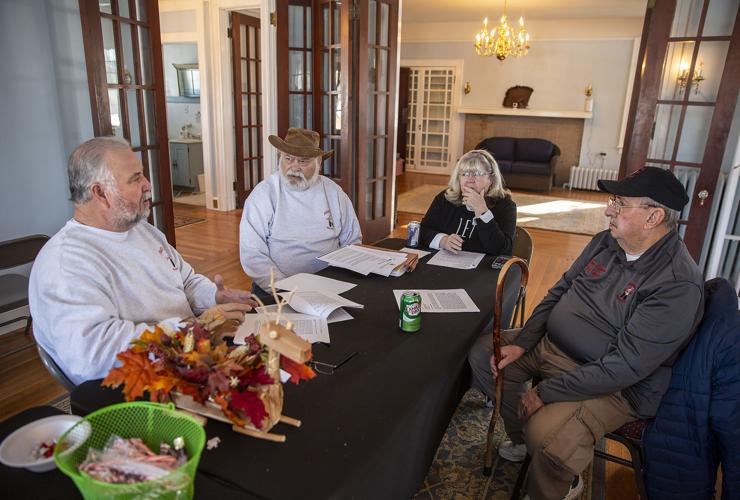 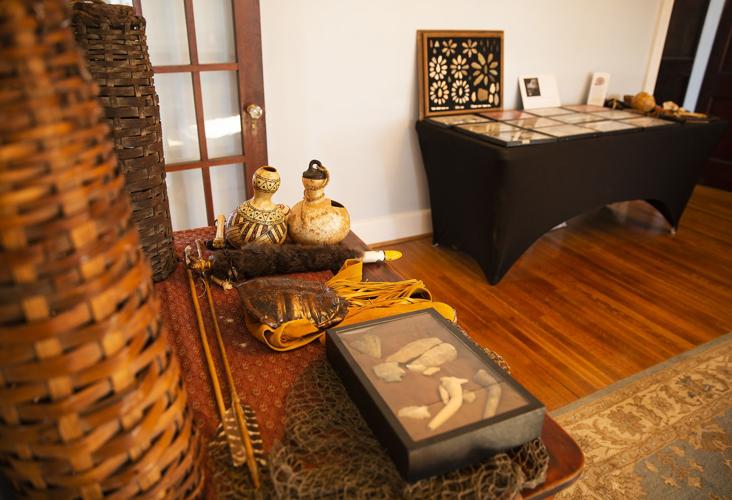 Artifacts found in the area are displayed in the Patawomeck Tribal Center. Federal recognition could allow the tribe access to more historic items. 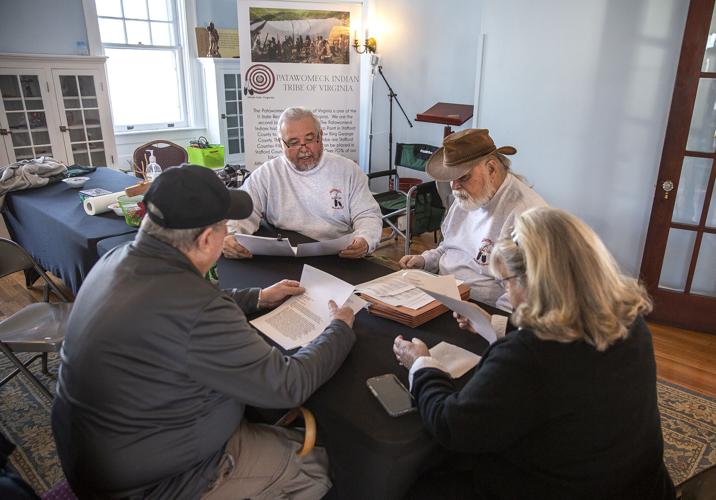 “Our native ancestors were the first people here,” Patawomeck Chief Charles “Bootsie” Bullock said. “It’s time to be recognized, just as the other ones are today.”

The Bureau of Indian Affairs lists 574 federally recognized Native American tribes scattered across the U.S. Seven of them are located in Virginia, including two Chickahominy tribes, along with the Monacan, Nansemond, Pamunkey, Rappahannock and Upper Mattaponi tribes.

The Patawomeck tribe, which first settled in Stafford County near present-day Marlborough Point in the early 1300s, has more than 2,600 descendants and is one of 11 state-recognized tribes. Local tribal members say 70 percent of them reside in southern Stafford’s White Oak area.

“It gives the tribe the right to self-government without interference from the state [government],” Lightner said. “[It] was actually guaranteed to the tribe by the English in treaties.”

Minnie Lightner, the Patawomeck tribe’s administrative assistant, said although it took the Pamunkey tribe 33 years to gain federal status by a combination of legislative and administrative efforts through the Bureau of Indian Affairs, it took about half the time for the other Virginia tribes to gain the same federal status working through Congress.

Fredericksburg-area Rep. Rob Wittman, who is assisting the Patawomeck along the long legislative path, said although going through the BIA is tedious, time-consuming and demanding, the route through Congress isn’t a cakewalk, either.

“It’s tremendously difficult to do this legislatively because the bill has to, from the very beginning, make it through committee and it has to have support from folks on both sides of the aisle,” Wittman said. “That’s the challenge to be able to do this.”

Wittman said that, like the Patawomeck, the now federally recognized Pamunkey tribe also attempted the congressional route, but ultimately filed its application through the BIA channel.

“All six tribes went through that process that took that number of years, but there was not an active application by the Pamunkey tribe before the BIA for that full 33 years,” Wittman said. “Some of that 33 years was taken up waiting for legislation to get passed.”

Bullock said the Patawomeck may eventually consider applying for federal status through the BIA, which requires tribes to prove they have had no breaks in tribal existence.

“Perhaps that option may come,” Bullock said. “The last six tribes that went in, four of them could not go through the BIA, but we’ve got documentation showing that yes, we existed back in the 1600s or even further.”

Another roadblock that hinders Virginia tribes from gaining federal recognition is the Racial Integrity Act of 1924, which served to classify all Virginia residents into either white or colored categories. The act not only classified all Native Americans as colored, but vital tribal records were seized by the government and destroyed. Bullock said those records are essential to satisfy the BIA’s tribal continuity requirement.

The act, which was ultimately invalidated in 1967 by the U.S. Supreme Court in the case involving the interracial marriage between Caroline County couple Richard and Mildred Loving, was drafted by physician and public health advocate Walter Plecker, who served as the first registrar of Virginia’s Bureau of Vital Statistics from 1912 to 1946.

“Other than the two native tribes that had reservations—the Pamunkey and the Mattaponi—[Plecker] singlehandedly just about eradicated Native Americans in the state of Virginia,” said Bullock. “It was tough, and it’s tough now.”

Bullock said Plecker visited Stafford County during his tenure in office after receiving a tip about a large Indian community concentrated near White Oak. Bullock said fortunately that night, White Oak residents were warned in advance of Plecker’s approach.

“The White Oak area has always been a Native American community,” Bullock said. “Plecker had made that gap virtually impossible for us to maintain at a consistent basis.”

In August 2019, Stafford County officials turned over the 17-acre Little Falls Farm at 638 Kings Highway to the Patawomeck tribe under a 10-year, $1-per-year lease agreement for use as the tribe’s museum and cultural center. The farm was originally donated to Stafford by Fredericksburg businessman Duff McDuff Green Jr., along with the adjacent park that bears his name.

As a federal tribe, the Patawomeck would be able to gain access to artifacts from a five-year archaeological exploration that took place at the tribe’s original town site at Marlborough Point from 1935 to 1940.

That dig, conducted by Judge William J. Graham and T. Dale Stewart of what is now the Smithsonian Institute, netted tens of thousands of Patawomeck artifacts, including skeletal remains, pottery, jewelry, tools and hunting weapons. Many of those items still under the care of the Smithsonian could one day be released to the tribe for display at its Little Falls Farm cultural center.

I cover Stafford County news, government and features. I previously retired from the U.S. Navy and I am an avid motorcyclist.

Artifacts found in the area are displayed in the Patawomeck Tribal Center. Federal recognition could allow the tribe access to more historic items.