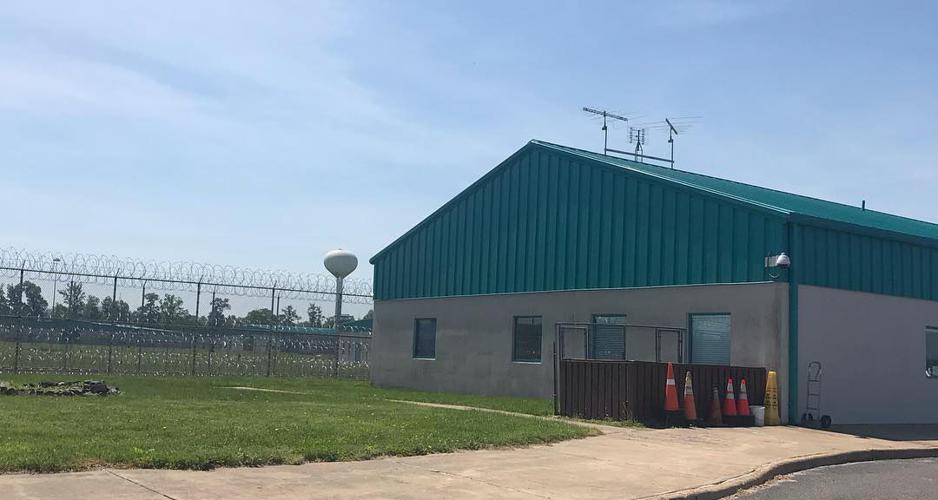 In March, 835 inmates were housed at the Department of Corrections’ Coffeewood facility in Culpeper County.

Virginia Department of Corrections officials say thousands of inmates who have accumulated enough early release credits to lessen their sentences will be released from custody this summer.

“Right now, our current estimate is approximately 4,500 inmates will qualify in this program,” Benjamin Jarvela said, director of communications for the Virginia Department of Corrections. “What that means is, they’re going to be released during a 60-day window that’s going to spread from July 1 through Aug. 30.”

The early outs are the result of a July 1 start date of House Bill 5148, a law that allows certain inmates to earn up to 15 days off for every 30 days they are confined. Under the previous law, inmates could only earn only a maximum of 4.5 days off for every 30 days served. Jarvela said beyond the 4,500 inmates being initially released this summer, the majority of state inmates will also see their sentences reduced over time as well.

The provisions of the bill—one of many criminal justice reform laws signed by former Gov. Ralph Northam in 2020 and opposed by every GOP lawmaker in Richmond—requires the calculation of earned sentence credits to apply retroactively to the entire sentence of any inmate who is confined in a state correctional facility and who is participating in the earned sentence credit system.

Joshua Cole, the former delegate for House District 28, supported the bill while he was serving in office. Cole said he voted in favor of awarding credits to inmates primarily because Virginia hasn’t had a parole option for state inmates since 1995. Prior to that, parole was the only incentive inmates had for a possible reduced sentence. Cole said early release credits offer a similar incentive.

“This was a way to reward them for their good behavior, they got to earn credits, they were doing what they were supposed to and they were showing that their lives were improving,” Cole said. “They had the ability to cash these in and get some time off.”

Prison officials said credits are earned by inmates by attending in-facility sessions on parenting, mental health, substance abuse, job training, technical education and programs that lead to a valid Virginia drivers’ license upon their release. Jarvela said inmates are made aware of the early release credits program during the course of their incarceration as well as the potential impact completion of the program will have on their sentences.

“We’re going to make sure internally that the (inmates) are prepared to reenter their communities and they’ve completed the programming they need to complete,” Jarvela said.

Jarvela said his organization will be responsible for calculating adjusted release dates for eligible inmates based on the credits they have earned.

“And that’s basically anybody with a felony conviction and a sentence greater than 12 months,” Jarvela said.

First drafts of the original early release credit bill, introduced by Del. Don Scott, D–Portsmouth, included crimes such as solicitation to commit murder, kidnapping, abduction, assault, bodily wounding, robbery, carjacking and voluntary manslaughter but by its final version, the law excluded these crimes from the early released credit program, Shawn Weneta said, a policy strategist with the Virginia American Civil Liberties Union and a co-author of the bill.

“It’s just like anybody who commits a white collar crime, embezzlement, shoplifting, drug charges, they were sentenced to a certain amount of time to serve,” Juanita Shanks said, president and CEO of FailSafe-ERA, a Spotsylvania County nonprofit that specializes in helping former inmates with life skills and financial training, workforce training, mental health care, employment best practices and finding a safe place to live.

“They’ve served their time, they’ve given back, they’ve done their sentence,” Shanks said.

Jarvela said release calculations for inmates whose sentences fall below the 12-month threshold will be calculated by the regional jail where they are being held.

Locally, Col. Kevin Hudson, superintendent of the Rappahannock Regional Jail, said there are roughly 350 state-responsible inmates housed at his facility. He said they are among the 4,500 inmates being reviewed statewide by the Department of Corrections for early release.

On Nov. 8, Travis Payne of Manassas Park was released from the state prison system after serving most of his life behind bars. In 2004 at age 16, he was arrested for robbing a Stafford gas station at gunpoint and was sentenced to 52 years in prison with all but 12 years of his sentence suspended. He left prison at age 28 but due to a parole violation, he wound up back in state prison for an additional five years.

Payne, who is now 34, said over the last two years of his sentence, the coronavirus pandemic made it impossible to participate in any type of reentry training as those classes were canceled and volunteers and instructors who led them were kept out of facilities. He said without any recent training, inmates being released this summer will have a tough uphill climb in whatever community they choose to settle in.

Payne said the limited amount of basic reentry training he was able to receive while incarcerated didn’t come close to preparing him for reentry back into today’s technology-savvy society. He said things like Facebook, smartphones and flat-screen televisions were all nonexistent when he first went to prison in the early 2000s, and every day it’s a struggle to learn something new.

“I guess you can compare it to a person who goes to Tokyo their first time with no preparation, and expecting them to know how to survive and thrive in Tokyo,” Payne said.

Brenda Amaya of Spotsylvania said her 33-year-old brother James will be released in June after completing his four-year sentence. Amaya said her brother participated in reentry courses at the Green Rock Correction Center in Chatham, but he told her those classes didn’t always take place.

“It doesn’t sound like a consistent, stable program, and then COVID shut everything down,” Amaya said. “He went to Haynesville and he noticed it was better structured there. He could just tell it was more organized and they were consistent with it.”

Officials confirm many of the classes inmates participated in did come to a halt during the pandemic, when volunteers, members of the ministry and others could not enter corrections facilities to conduct training. Both Jarvela and Hudson said those programs are once again beginning to ramp up for all inmates.

Amaya now worries there are a limited number of resources in the Fredericksburg region for the returning inmates and their families to turn to, but she found help through FailSafe.

Shanks said her organization is a resource hub for Planning District 16 that provides the training for who she calls “returning citizens” as well as their families through support group meetings, family outings, counseling and youth programs.

“We have the people on our staff that have the credentials to provide the training that they need,” Shanks said. “We could put them in a house, we can give them a job, but if we don’t change the way that they think it means nothing.”

In late 2020, Shanks formed a Criminal Justice Reform task force for Planning District 16—which includes Fredericksburg and Stafford, Spotsylvania, Caroline and King George counties. Made up of leaders in the region, the group identified four main barriers to successful reentry in the Fredericksburg region, including a lack of affordable housing, education, workforce training and treatment for mental health or substance abuse disorders.

“We’ve had meetings since November 2020 when this legislation was announced,” Shanks said. “I want the community to understand, we have community buy-in that’s looking into this.”

Payne said all he wants is a fair second chance for former inmates to succeed on their own, but he said renters and employers in the region are not universally receptive to extending a helping hand to former inmates. He said if they were willing to listen and ask former inmates why they are serious about changing their lives and slowly bring on those who show a desire to make a difference in their lives and in the community, they might be surprised.

“Maybe give them a probation period,” Payne said. “You have people that can do better and want to do better. It’s hard enough for one guy looking for a job now and now we have 4,500 that are going to be looking?”

Jarvela said there are 40 Virginia Department of Corrections facilities across the state. He expects inmates will be released from every facility in the network in July and August “to varying degrees,” saying places like Greensville Correctional Center in Jarratt, which has a population of just over 2,300 inmates, will likely have more inmates released late this summer than the smaller facilities in the corrections network.

Shanks said those returning inmates who choose to lead successful, productive and responsible lives in communities should be offered ample resources to make their transitions as smooth as possible. She said communities must also be willing to provide them the necessary tools, training, housing and employment they need to become independent citizens again.

“The community has a responsibility,” Shanks said. “If we consider ourselves a community and a country that believes in second chances, then we’re going to make sure they have what they need to become better.”

The man who was shot and killed at a Stafford motel Sunday morning has been identified as 47-year-old Leo D. Franklin of Oxon Hill, Md.

In the past year, the Spotsylvania County nonprofit Hub of Hope has provided thousands of meals for those who lack enough to eat.

In March, 835 inmates were housed at the Department of Corrections’ Coffeewood facility in Culpeper County.