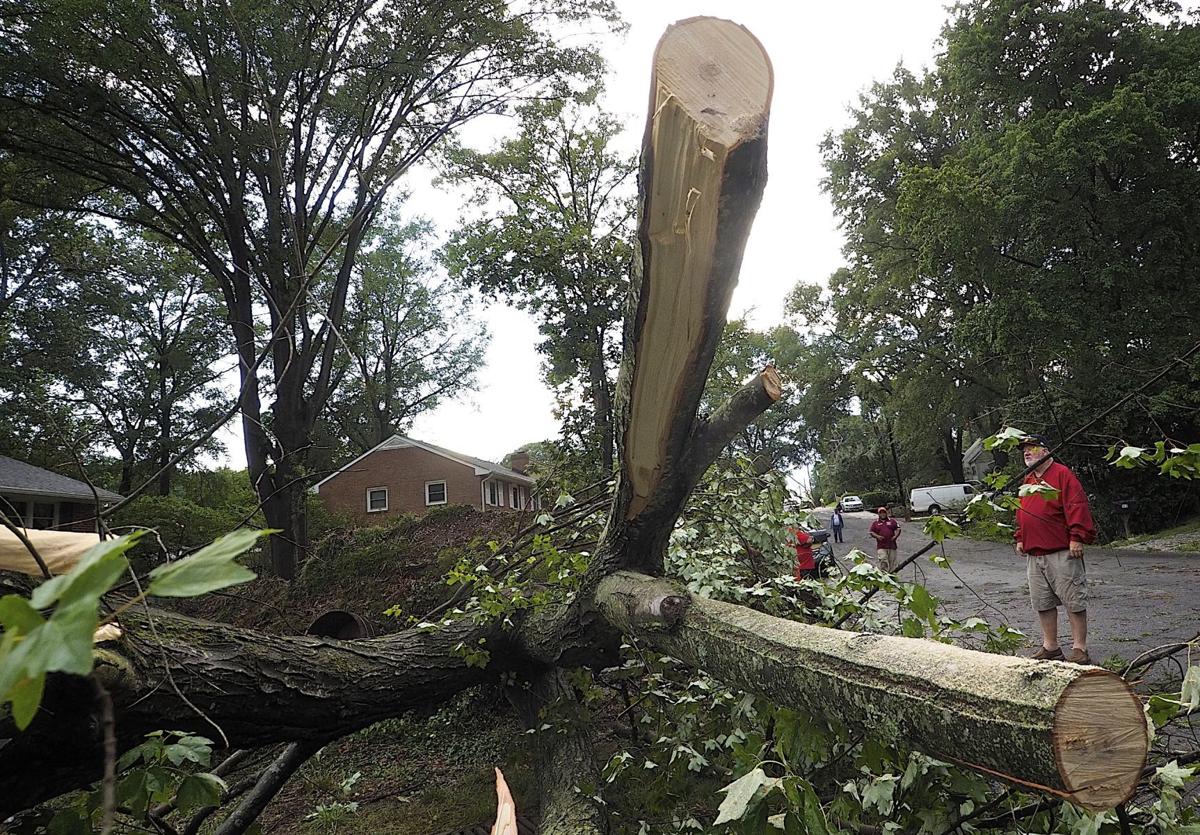 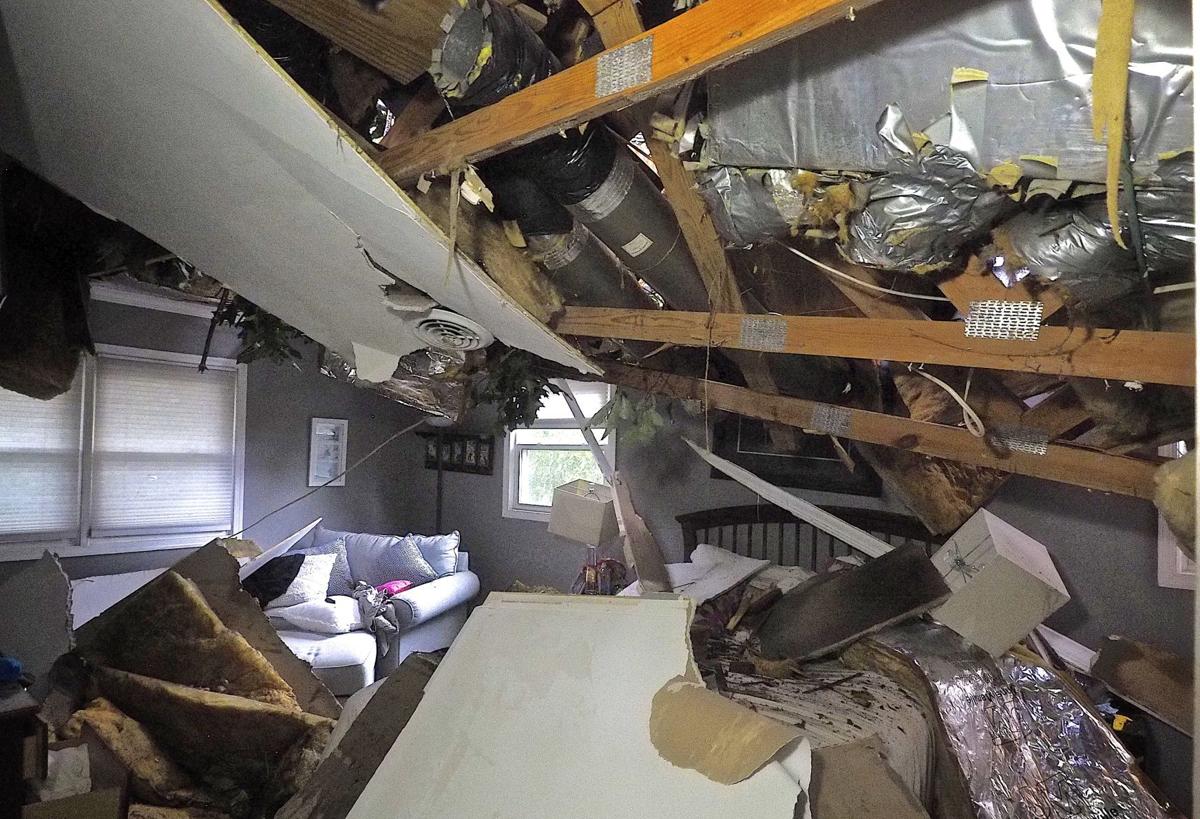 Damage to an upstairs bedroom is seen after a large tree fell on the Fredericksburg home of Jennifer Catron during a strong storm Wednesday evening. 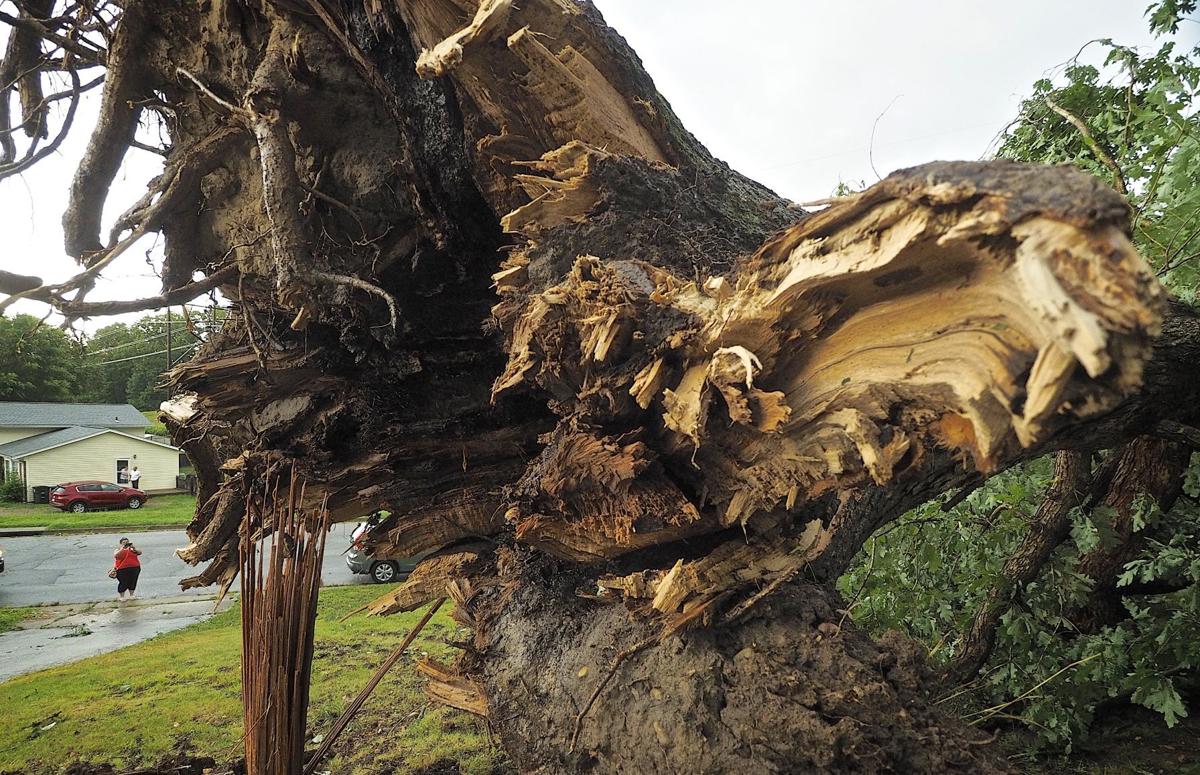 Neighbors and residents inspect damage after an early evening storm toppled trees and homes on Morningside Drive off Lafayette Boulevard in Fredericksburg on Wednesday. 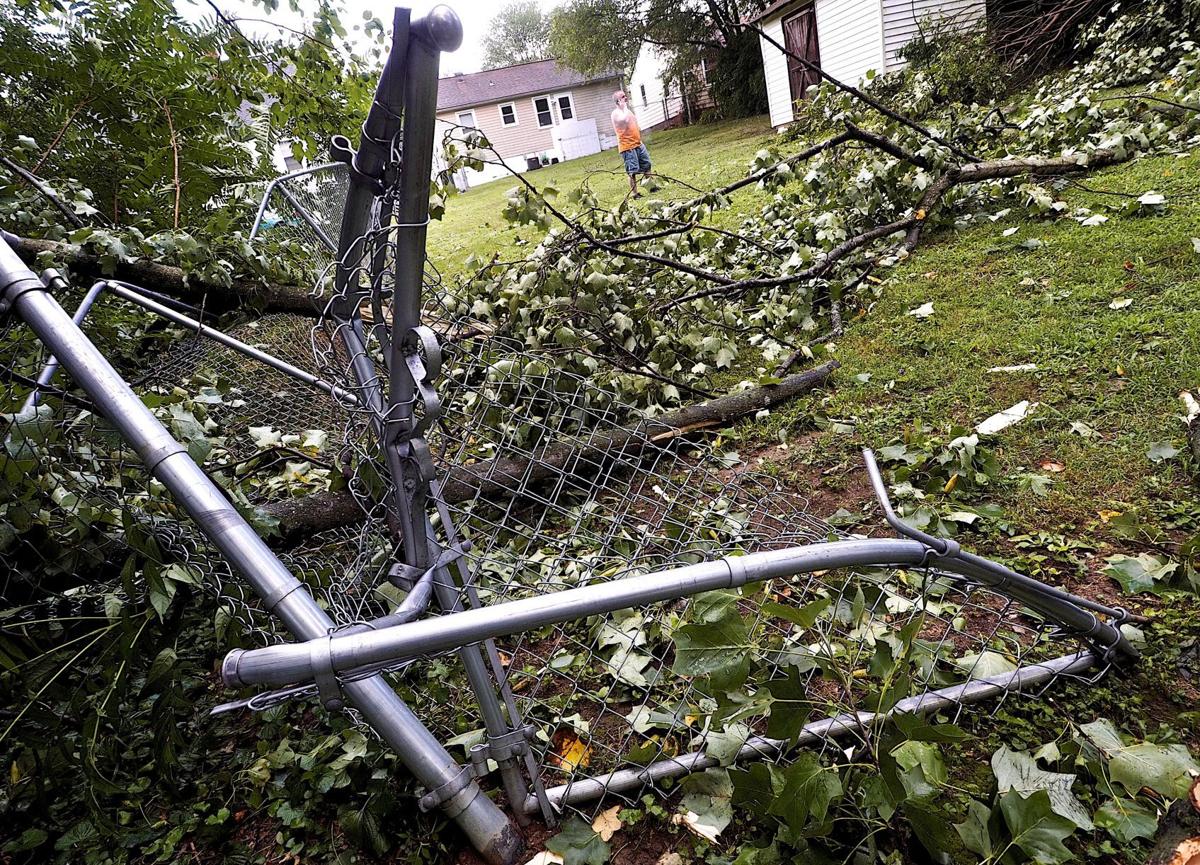 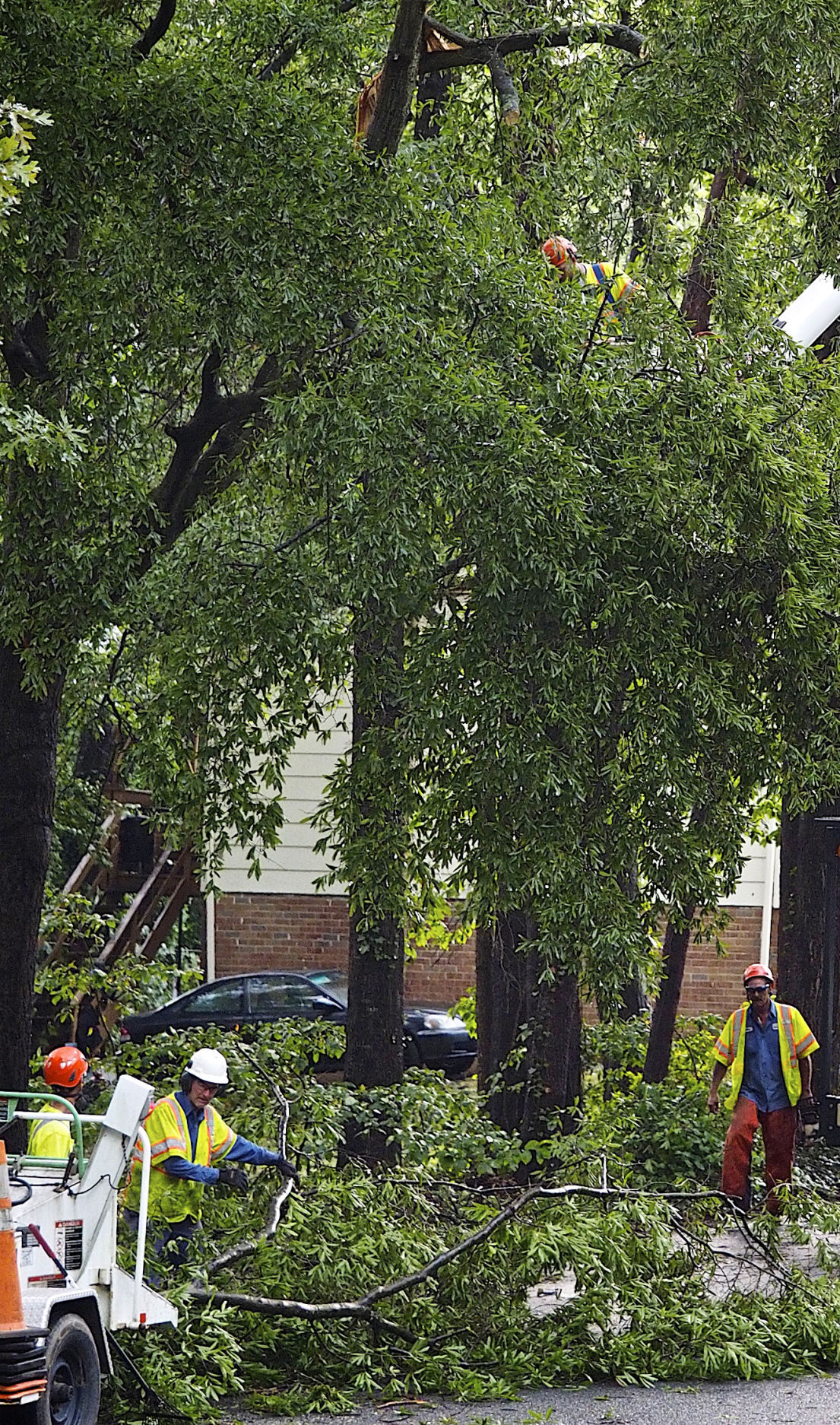 Jennifer Catron was alone with her dog when she heard a loud noise outside her home in the 400 block of Morningside subdivision about 5 p.m. Wednesday.

Moments later, at least one large tree had fallen onto her roof.

“I’m not sure if it was a microburst or a tornado, but whatever it was sounded really, really loud,” Catron said, who said she dove under a dining room table just before her home was damaged. “Now I can see the sky through every bedroom.”

Catron had already called her insurance company by early evening and arrangements had been made to house her and her husband, who wasn’t home when the storm struck, in a motel.

And while she’s not looking forward to the process of getting their home repaired, she said she was thankful that no one was hurt.

Christy Brown, who lives in the same subdivision, had a tree take out part of her front porch. But the tree did not strike the main part of the house, where her son-in-law and several grandchildren were at the time.

“I’m just glad no one was hurt,” Brown said. “And at least we have another door to get in and out of the house.”

Fredericksburg Fire Chief Mike Jones said several city homes, mostly along the Lafayette corridor, were damaged by the storm. As of about 7 p.m., about 1800 city residents were without power.

“But the most important thing is that we’ve had no reports of injuries or loss of life,” Jones said Wednesday evening.

Officials in surrounding Spotsylvania and Stafford counties reported no unusual incidents as the result of the storm.

Jones said city authorities were going street to street Wednesday night to make sure there were no injuries or damages that might have been missed earlier.

Trees downed by storm displace family, cause damage while many lose power in Culpeper

Marcia Ward, looking at an enormous branch sitting on a nearby car, expressed gratitude Wednesday after a severe thunderstorm blasted through Culpeper.

Damage to an upstairs bedroom is seen after a large tree fell on the Fredericksburg home of Jennifer Catron during a strong storm Wednesday evening.

Neighbors and residents inspect damage after an early evening storm toppled trees and homes on Morningside Drive off Lafayette Boulevard in Fredericksburg on Wednesday.