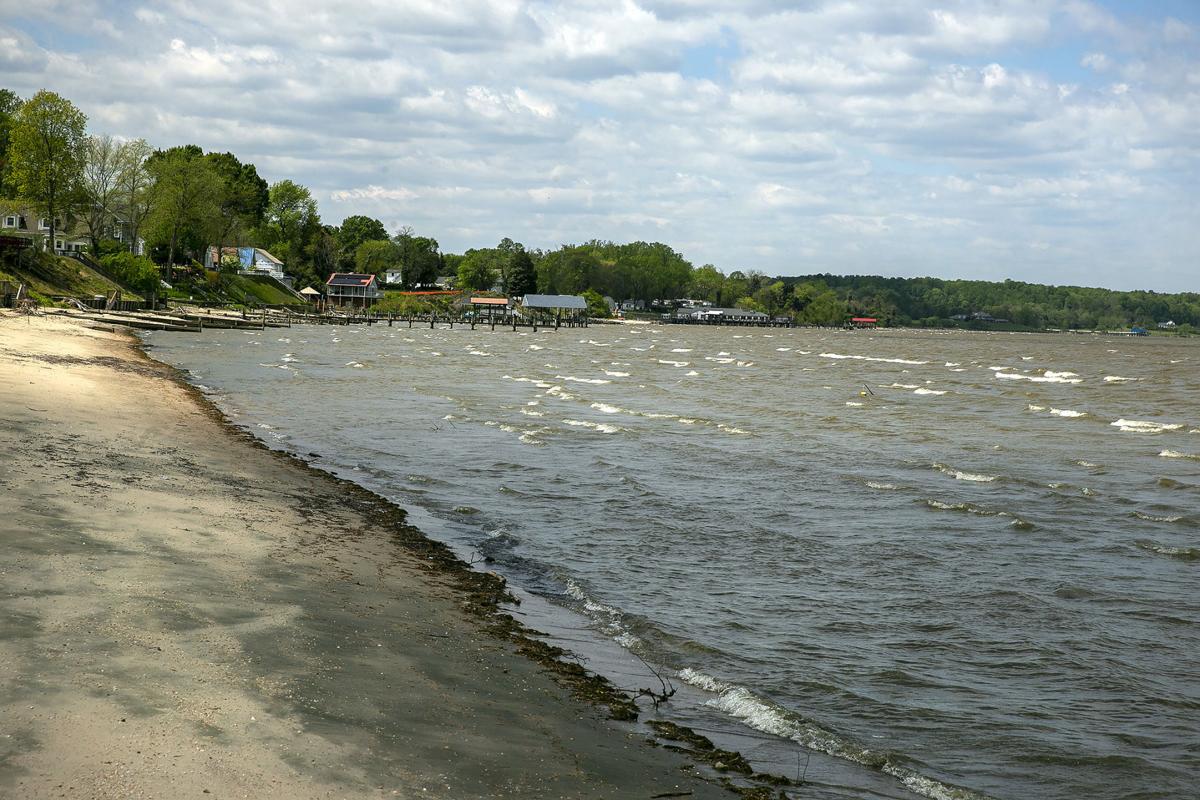 Specialists have studied the waters off Fairview Beach for two years and have determined that ongoing bacteria problems there have not been caused by leaky septic tanks or sewer lines. 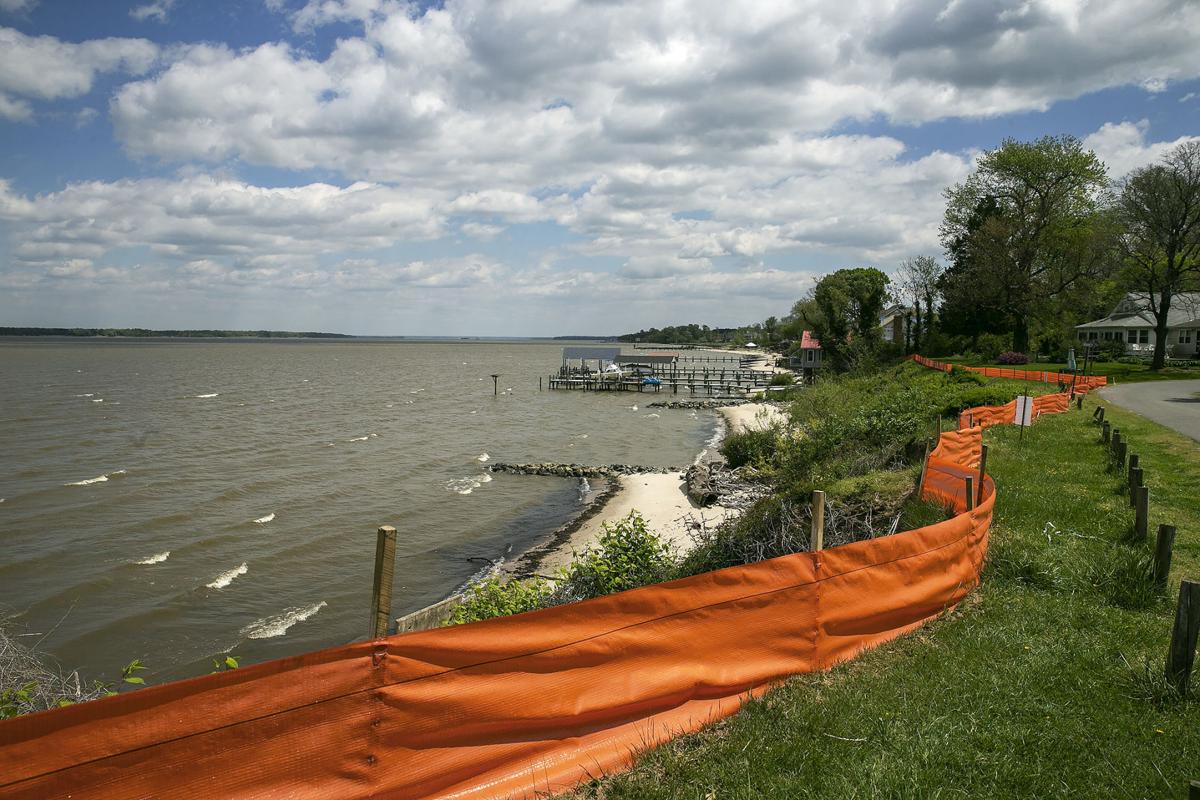 Another project at Fairview Beach started this month and will stabilize the cliffs above the beach on the Potomac River. 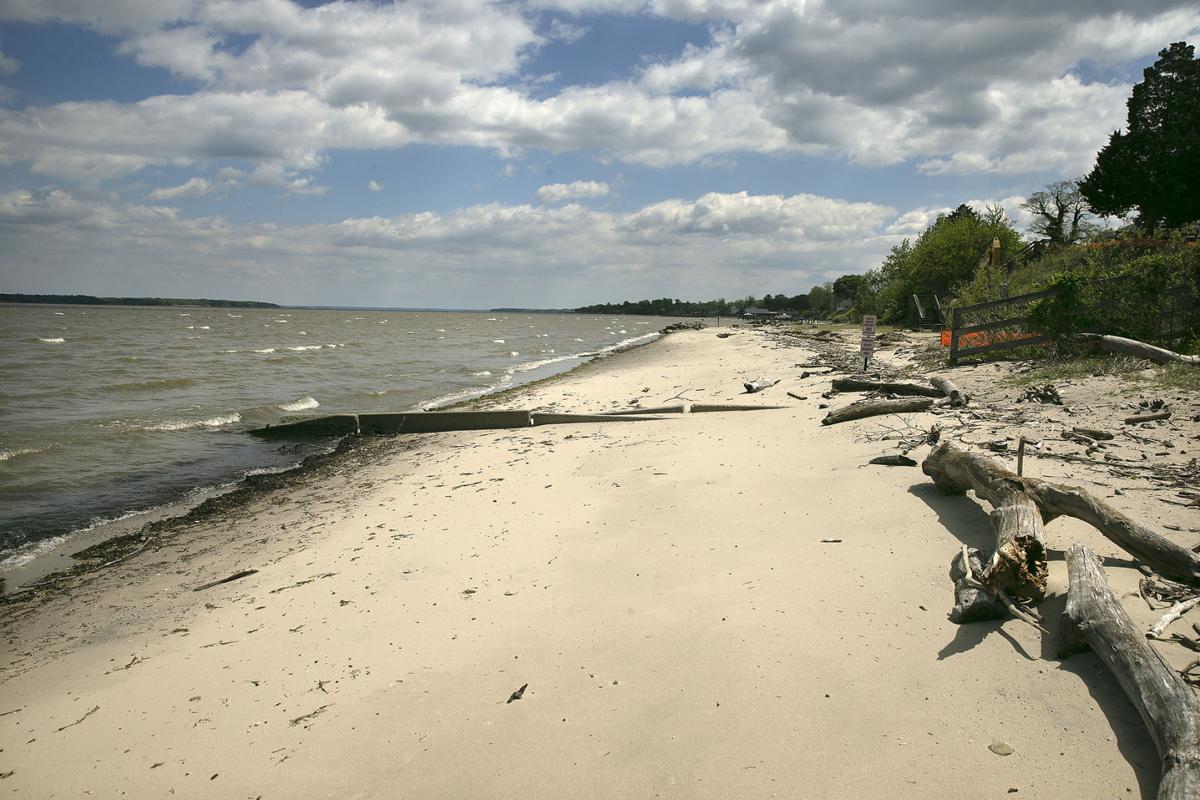 For years, Fairview Beach residents have battled cliff erosion from storms and unsafe bacteria levels in the water. Scientists have determined human waste isn’t contaminating the river there.

The contamination in the Potomac River isn’t caused by human waste entering the water, according to a study by the Hampton Roads Sanitation District. That means the issue that’s plagued the beachfront community for more than a decade is not the result of leaks in private septic tanks at the nearby trailer park—a long-held theory—or county-owned sewer lines.

“We know our system is tight and not contributing” to the ongoing problem, said Jonathon Weakley, director of the King George County Service Authority.

But the flip side of the announcement made last week means it’s still not known what’s driving up bacteria levels at Fairview Beach. Again last summer, advisories were posted six times by the Virginia Department of Health, warning people it wasn’t safe to swim in the river. The advisories covered 34 days from late May to late August.

Water tests done in the past only indicate total fecal matter, not the source of it, said Marta Perry, director of Tri-County/City Soil & Water Conservation District. The tests don’t designate if the waste is coming from humans or pets, birds or wildlife—and over the years, there’s been speculation that all of the above were contributing to Fairview Beach’s problem. One previous study said as much as 27 percent of the bacteria came from human sources.

Officials commissioned the Hampton Roads team to do what Perry described as “scientific detective work” on waste. The Soil & Water Conservation District partnered with the Service Authority to pay the HRSD $24,000 in fall 2018.

The research team specializes in microbial source tracking, a DNA-type analysis on poo. The process tracks DNA characteristics that can be “fingerprinted” or tied to a type of mammal, human or bird.

When the Hampton Roads team was hired, it was “one of a handful of U.S. wastewater treatment authorities that have committed to the technology for such investigations,” the Fairview Beach Homeowners Association stated on its website. “Perhaps [they] can finally solve our problem.”

Starting in summer 2019, researchers developed a plan to evaluate samples from 14 areas, including the beach and the stormwater collection system, “so we could have a higher chance of finding [human waste] if present,” said Raul Gonzalez, an environmental scientist in HRSD’s water quality division.

If contamination had entered the Potomac upstream from Fairview Beach, “the only way it would get through the water would be the path of least resistance, which is always the stormwater collection system,” he told the Service Authority.

Tests were taken four times from July to December 2019, two during periods of dry weather and two after rain had churned up the water. One sample showed high levels of bacteria, but “one detection isn’t a chronic issue because there are false positives,” Gonzalez said. That same area did not test positive a second time.

In summer 2020, the team looked at actual samples that exceeded state standards for amounts of bacteria. Researchers looked at 30 samples from May to July, and none showed levels of human waste.

“The take-home message here is really simple: Human fecal contamination as determined by this human DNA fecal marker is not the driver behind the recreational water quality exceedances at Fairview Beach,” Gonzalez said.

He noted the samples were compared with tests taken from beaches in Hampton Roads that were polluted by human wastewater and, “I can’t tell you how different the results were.”

After the presentation, Jim Morris, vice chairman of the Service Authority, asked Gonzalez if any samples were taken from the bottom of the river. He said he’s contended all along that contamination might have come from the Blue Plains Advanced Wastewater Treatment Plant in Washington.

“We’re right there in the bend of the river where sediment falls out,” Morris said. “I really wonder if it’s not something in the river bed that’s getting stirred up.”

Gonzalez said samples weren’t taken specifically from the river bed, but the water was tested after extreme wind had stirred up the bottom in 2019 and from samples that exceeded bacterial levels in 2020.

“I’m fairly certain these bacterial sources don’t come from wastewater because we would have seen it in the marker,” he said.

Chairwoman Annie Cupka, who said later she was “indeed relieved it is not human waste,” wondered if the research had pinpointed the source. Gonzalez said the team looked specifically for human waste, no other kind. There’s three specific sources in this type of bacteria: from humans, animals or environmental usages.

“We only ruled out one,” Gonzalez said.

Because the method used to test for DNA markers of fecal matter is similar to what’s used in COVID-19 tests, there’s a shortage of supplies available for water testing. For that reason, the Hampton Roads team won’t be able to monitor beaches or water quality for the near future because of the pandemic, Gonzalez said.

Weakley said the Service Authority doesn’t plan to do any more testing since human waste has been ruled out as a factor. Cupka, also the chairwoman of the King George Board of Supervisors, said the county may partner again with the Soil & Water Conservation District to see if more can be done to determine the source.

While the study didn’t answer the “nagging question” about the source of contamination, Perry also said she’s glad human waste wasn’t found because “that’s the most dangerous kind of contamination. This is a quite happy outcome since for years it was suspected that there was” human wastewater in the river.

Specialists have studied the waters off Fairview Beach for two years and have determined that ongoing bacteria problems there have not been caused by leaky septic tanks or sewer lines.

Another project at Fairview Beach started this month and will stabilize the cliffs above the beach on the Potomac River.

For years, Fairview Beach residents have battled cliff erosion from storms and unsafe bacteria levels in the water. Scientists have determined human waste isn’t contaminating the river there.