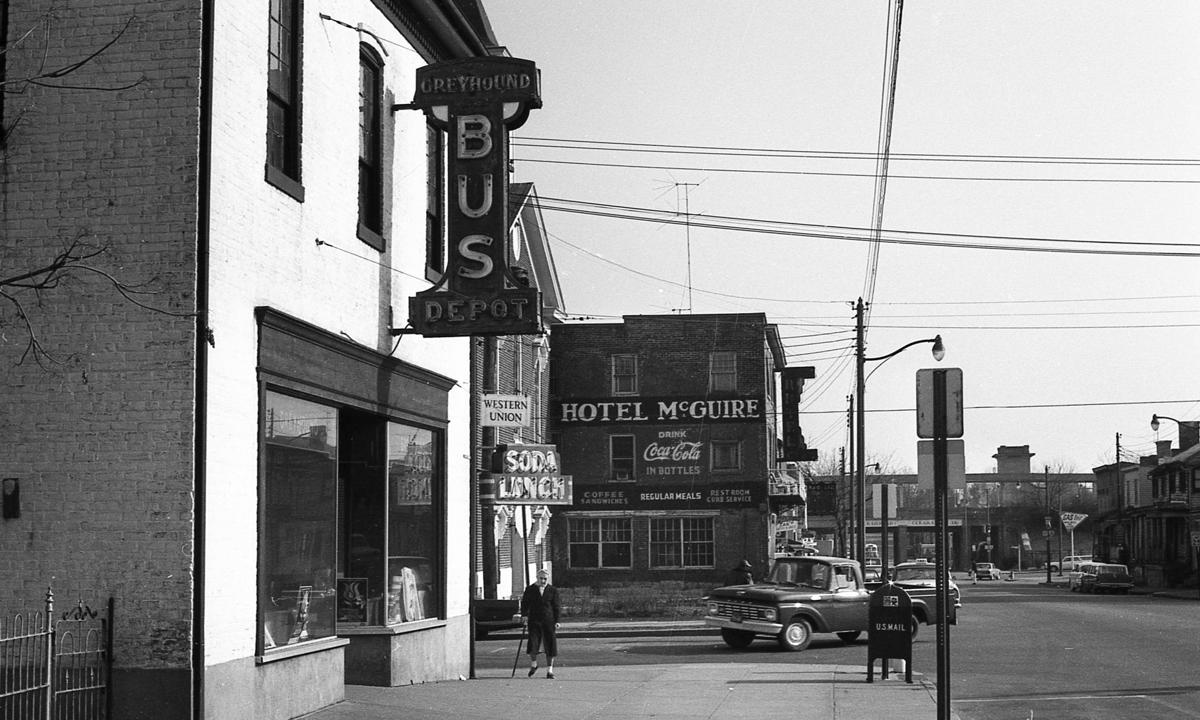 An effort is underway to put a state historical marker at the site of the Greyhound Bus Depot at Princess Anne and Wolfe streets, seen here in 1965. Freedom Riders went there in 1961, their first stop as they journeyed into the American South. 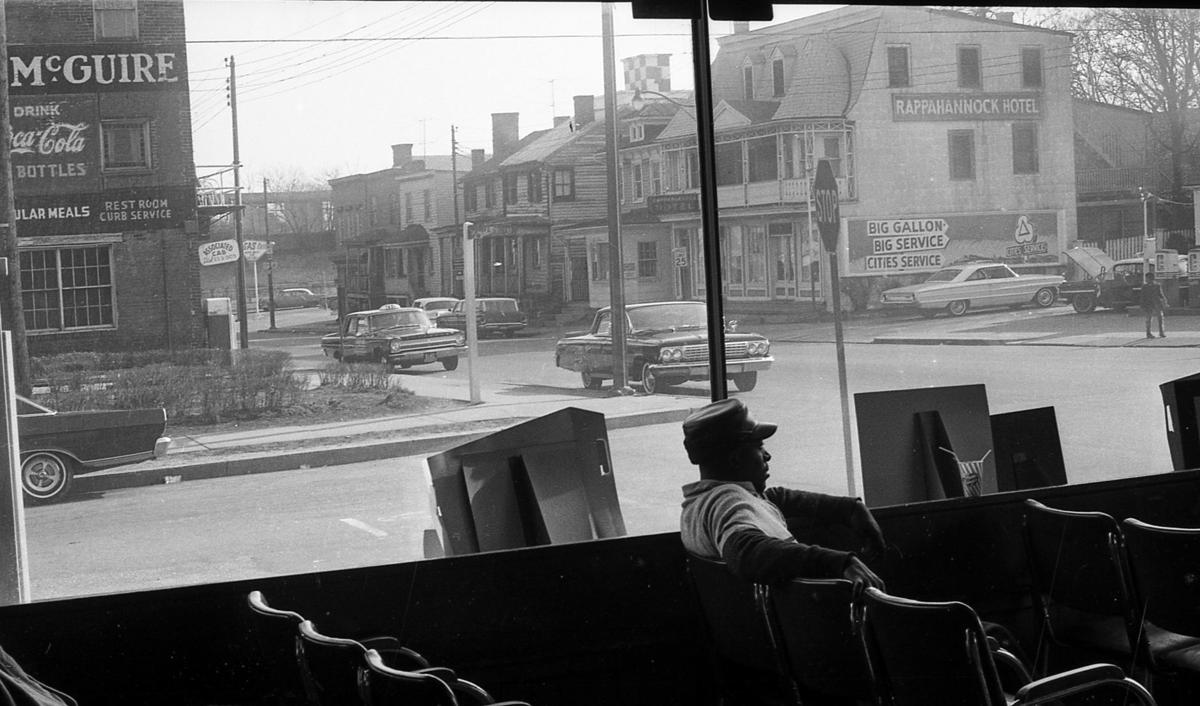 A man sits inside Fredericksburg's bus depot in 1965. The nearby Hotel McGuire and Rappahannock Hotel were listed in the Green Book, a guide that helped Black travelers find safe accommodations. 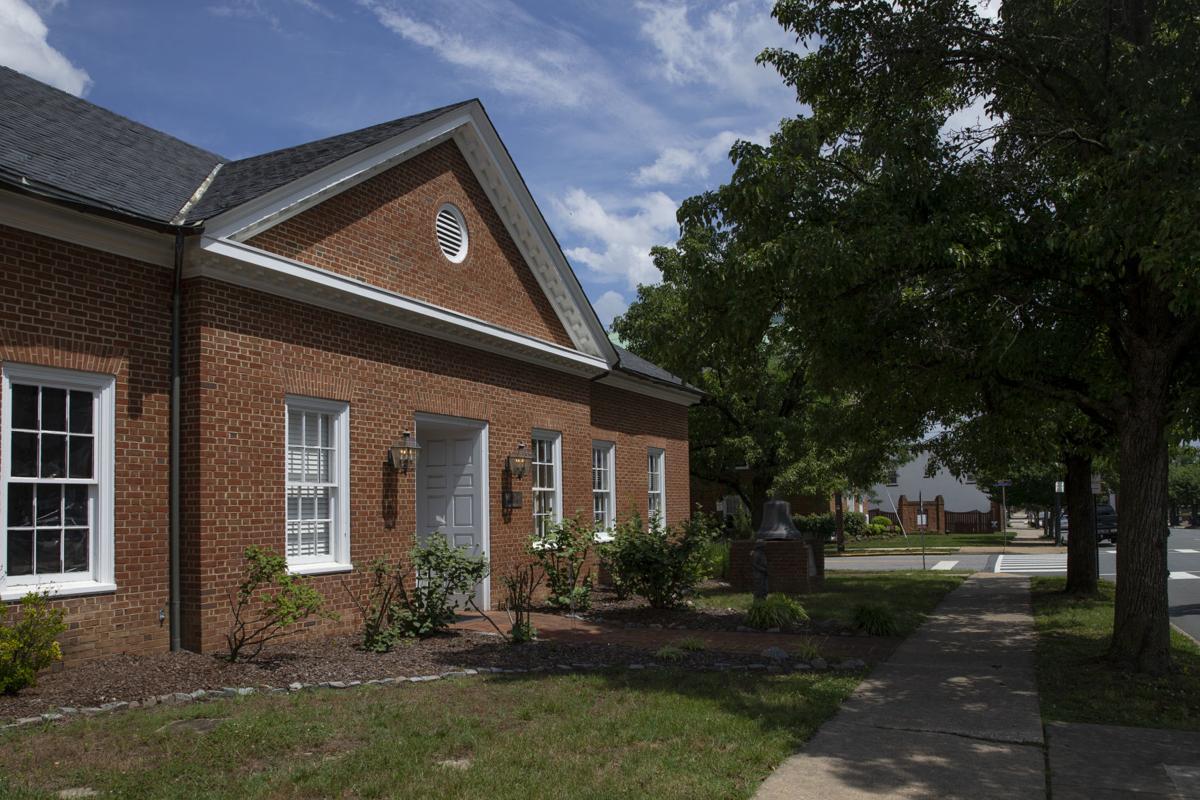 The Fredericksburg fire station is located where the Greyhound Bus Depot once stood. An effort is underway to install a historical marker at the site.

On May 4, 1961, the original 13 Freedom Riders departed Washington on Greyhound and Trailways buses.

Led by James Farmer, director of the fledgling Congress on Racial Equality, their mission was to challenge segregated buses and terminals throughout the Southern states.

Fifty miles south of Washington, they stopped and conducted their first test at the segregated terminal and lunch counter in the original bus station in Fredericksburg.

Now, a group of University of Mary Washington professors and employees, in partnership with the City of Fredericksburg, are working to have a Virginia state historical marker placed at the site of the old bus station, which stood at the corner of Princess Anne and Wolfe streets near where the fire station is now.

“Fredericksburg, being the first stop, is the first step in the very long journey of the Freedom Rides,” said Christine Henry, assistant professor of historic preservation at UMW. “We think that’s significant.”

The Freedom Rides “not only [inspired] an entire generation of activists, but [they resulted] in regulations from [the Interstate Commerce Commission] that prohibited segregation in interstate travel,” said Erin Devlin, assistant professor of history at UMW.

“So here in Fredericksburg, James Peck, a white man, entered what was the African American men’s restroom and Charles Person, a Black man, entered the white men’s restroom. Person then ordered a drink at what would have been the whites-only lunch counter,” she said.

Devlin said the Freedom Riders were “not overtly” challenged during their stop in Fredericksburg, but as they proceeded southward, they encountered extreme violence.

Some of the riders were arrested in North Carolina, South Carolina and Mississippi. In Anniston, Ala., a mob of Ku Klux Klan members slashed the bus’s tires as it attempted to leave the terminal, and later threw a firebomb at it.

UMW students and staff and community members visited the field where the bombing occurred last fall, as part of a trip recreating the journey of the Freedom Riders.

“To our surprise, there was no marker out there. No historical marker saying that right here, the original 13 Freedom Riders were fire-bombed,” said Chris Williams, assistant director of UMW’s James Farmer Multicultural Center, which organized the trip. “I was enraged and so were the students.”

Back home in Fredericksburg, Williams was still thinking about ways the story of the Freedom Riders and James Farmer could be told better—and that led to the idea of placing a highway marker at the site of the old bus station.

Williams, Devlin and Henry, in partnership with the City of Fredericksburg, have started the process of applying for the marker from the state Department of Historical Resources.

The application must include documentation to support the narrative of the marker—and the community is being asked to help with the effort.

“We haven’t been able to locate any images of the bus station,” said Henry. “So we are wondering if maybe folks in the community might have pictures in their own personal collections of people departing on trips or returning, to help set the historical scene.”

City Council member Charlie Frye, who is working with UMW staff on the historical marker effort, is calling on everyone in the community to “go get your Grandma’s boxes” of pictures and memorabilia to find images of the old bus station.

He said that with the slave auction block now gone from its former location in downtown Fredericksburg, there is room for the City to discuss other ways to tell the history and contributions of its black citizens.

“This is amazing timing,” Frye said. “The slave block is gone. Now we can talk about something besides the slave block. Now the City has a goal of telling a broader story.”

Frye said the Freedom Riders historical marker can be “a beginning.” He said the city is also working on establishing a historical marker at the corner of Caroline and Canal streets to John DeBaptiste, a free Black man who owned a wharf there and operated a ferry taking people across the Rappahannock—and he invites the community to come forward with other ideas of how the city’s Black history can be told.

“Whatever you have, share it with the city,” Frye said. “The city was so segregated. Whatever you have that you’ve been keeping to yourselves, share it. This is only the beginning. Now the community is jumping in. Let’s do it.”

Williams said the organizers hope to be able to unveil the marker to the Freedom Riders’ first stop on May 4, 2021—the 60th anniversary of the stop.

He said the effort to tell the story of the Freedom Riders—and especially the story of their leader, James Farmer, who later came back to Fredericksburg to teach at what was then Mary Washington College—is personal to him.

“I spent many hours with Dr. Farmer,” Williams said. “He would often say that he hoped that people wouldn’t forget his contributions. So this effort is really personal for me, and I’m happy to see everyone involved. We have a beautiful partnership.

“I still don’t think Dr. Farmer gets the credit he deserves,” Williams continued. “I think it’s incumbent upon us to make sure he does.”

An effort is underway to put a state historical marker at the site of the Greyhound Bus Depot at Princess Anne and Wolfe streets, seen here in 1965. Freedom Riders went there in 1961, their first stop as they journeyed into the American South.

A man sits inside Fredericksburg's bus depot in 1965. The nearby Hotel McGuire and Rappahannock Hotel were listed in the Green Book, a guide that helped Black travelers find safe accommodations.

The Fredericksburg fire station is located where the Greyhound Bus Depot once stood. An effort is underway to install a historical marker at the site.