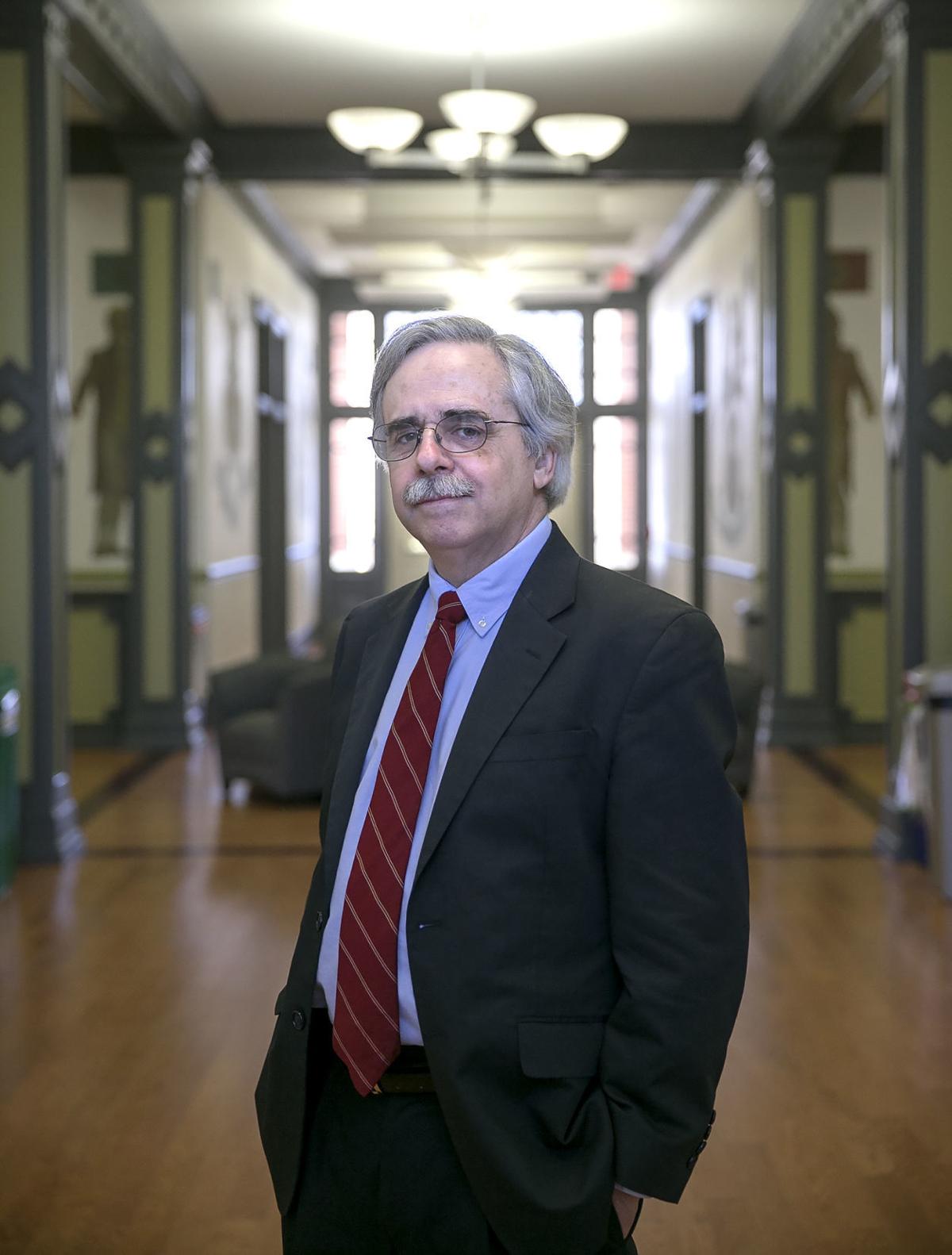 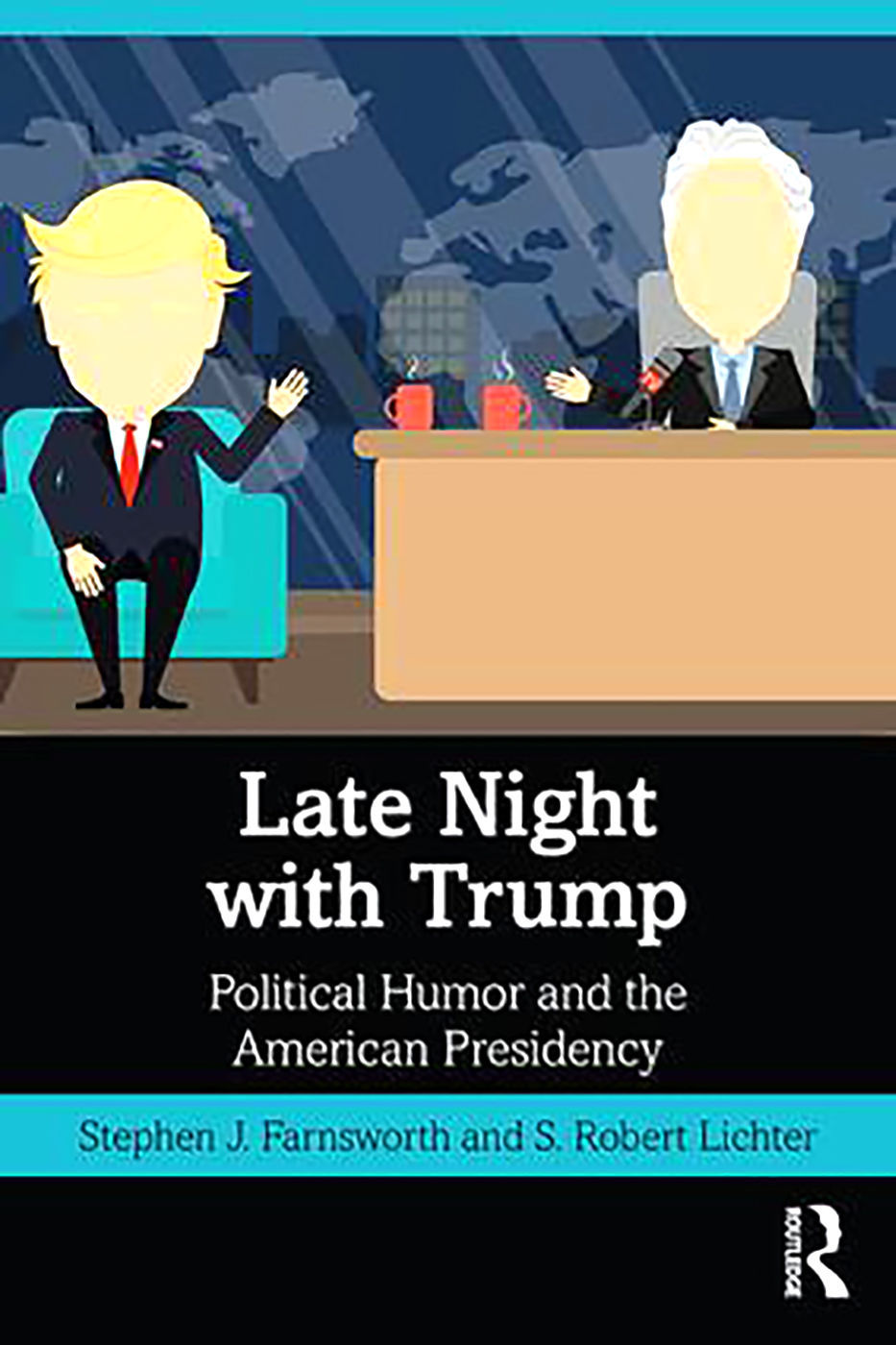 During the 2016 presidential campaign, comedians told three times as many jokes about Trump as they did about George H.W. Bush, the Republican candidate in the 1992 presidential election.

And of the 6,337 jokes told by late-night comedians during the first year of Trump’s presidency, 49 percent took aim at the president.

“Bill Clinton used to be the record holder [in terms of jokes made about him], but we have a new champion,” said Stephen Farnsworth, professor of political science at the University of Mary Washington and co-author with S. Robert Lichter, a communications professor at George Mason University, of “Late Night with Trump,” a new book about political humor and the presidency.

In addition to daily shows, the authors included jokes from weekly shows hosted by Samantha Bee and John Oliver, and from Saturday Night Live.

“We really are in the golden age of political comedy,” Farnsworth said. “It’s hard to imagine how we can top it.”

Farmsworth said he had the idea to write about political humor during the 2016 presidential campaign.

“We were seeing just this tidal wave of comedy,” he said. “No matter who won, it seemed like there was going to be a lot more comedy. And if anything, I underestimated the amount.”

Comedy is a response to the political frustrations of the time, Farnsworth said.

“People were unhappy with their choices [in the 2016 election],” he said. “They tuned in so they could see and hear these candidates taken down.”

Though voters were frustrated with both candidates, Donald Trump was the subject of more than three times as many jokes as Hilary Clinton.

Farnsworth said prior to the Clinton presidency, political humor was gentler.

“If you look at Johnny Carson, he might make a few jokes about Dan Quayle not being very smart, but it was not searing, not sustained like it is now,” he said.

Events of the late 1980s such as the contentious nomination of Robert Bork for the Supreme Court and the presidential campaign of Colorado Sen. Gary Hart, who was a front runner for the 1988 presidential nomination until reports of extramarital affairs surfaced, served to “coarsen” political culture, Farnsworth said.

“Those things really built in the partisan divide we see now,” he said.

Political comedy escalated during Clinton’s presidency, but no figure has been the aim of as many late night jokes as Trump, Farnsworth and Lichter found.

“Also,” he continued, “Obama could laugh at himself. [Ronald] Reagan was also good at that. If you laugh at yourself, you inoculate yourself against political humor. Donald Trump does not seem like he can laugh at himself. That just makes him a better target.”

Whether the book’s findings are interpreted by liberals or conservatives, it’s clear that Trump is “one of a kind,” Farnsworth said.

Farnsworth said it can be difficult “in the age of Trump” to figure out where the lines are, and that some jokes might go too far “in the minds of some,” but that political humor in general is healthy for democracy.

“Political humor builds up public learning,” he said. “Young people especially go to the late night comedy shows to learn, and the jokes aren’t funny if you don’t have the backstory.”

“People who watch late-night comedy have a better understanding of politics than those who do not,” he continued. “It’s a user-friendly environment for learning about politics. It’s a fun-house mirror version of American political life, but you learn more from late-night comedy than from nothing at all.”

“Late Night with Trump” is Farnsworth’s seventh book and he said it is the one most accessible to the general public.

“Humor is an important part of our political moment,” he said. “For good or for ill, people are learning about politics through the lens of political humor.

“If you want to know what’s going on, you have to tune in.”