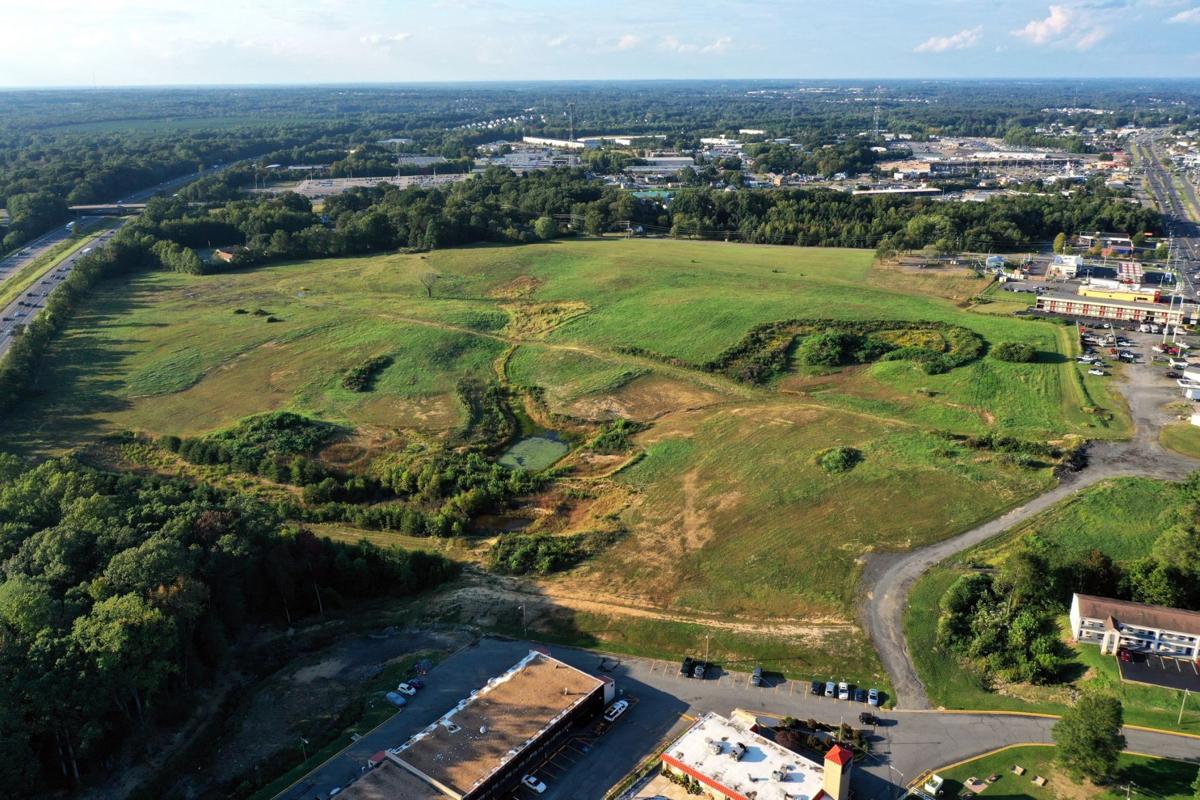 The new Department of Veterans Affairs clinic will be built off Hood Drive in Spotsylvania, on the I-95 corridor. 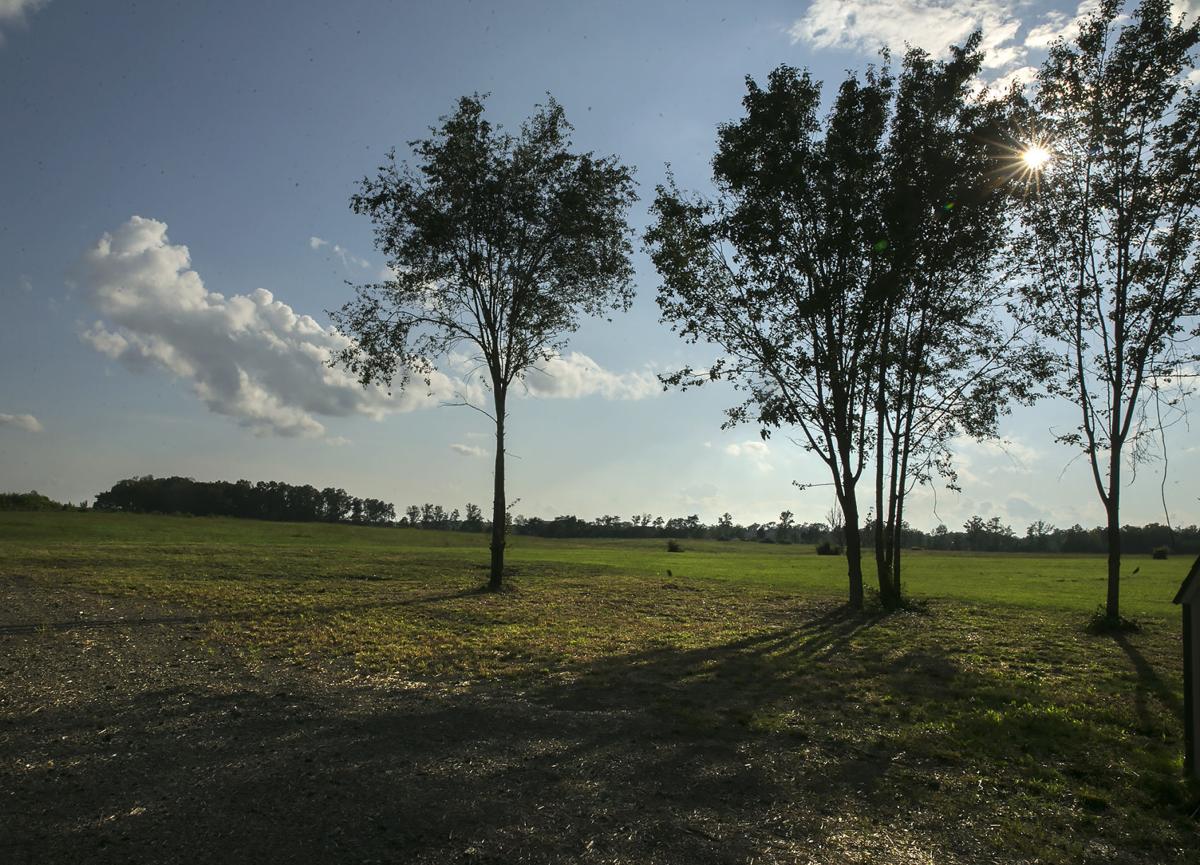 The VA clinic site is just north of the Massaponax exit of I-95. 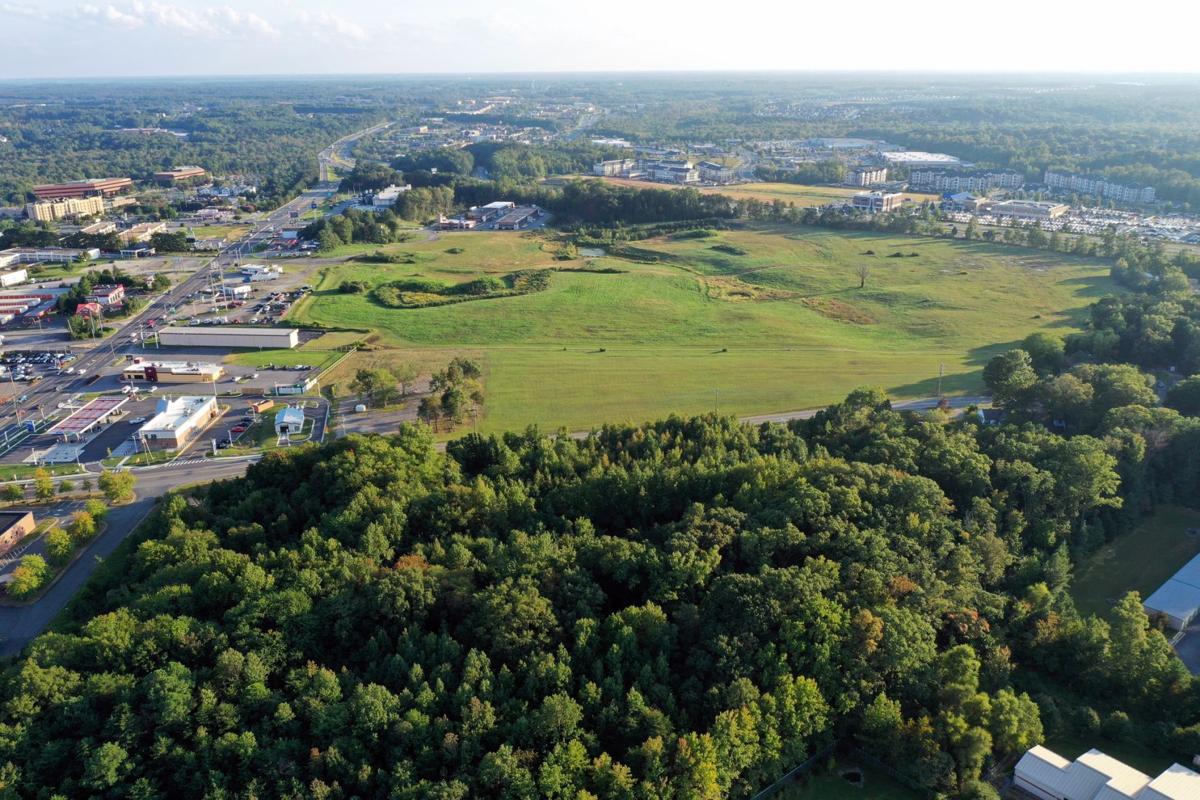 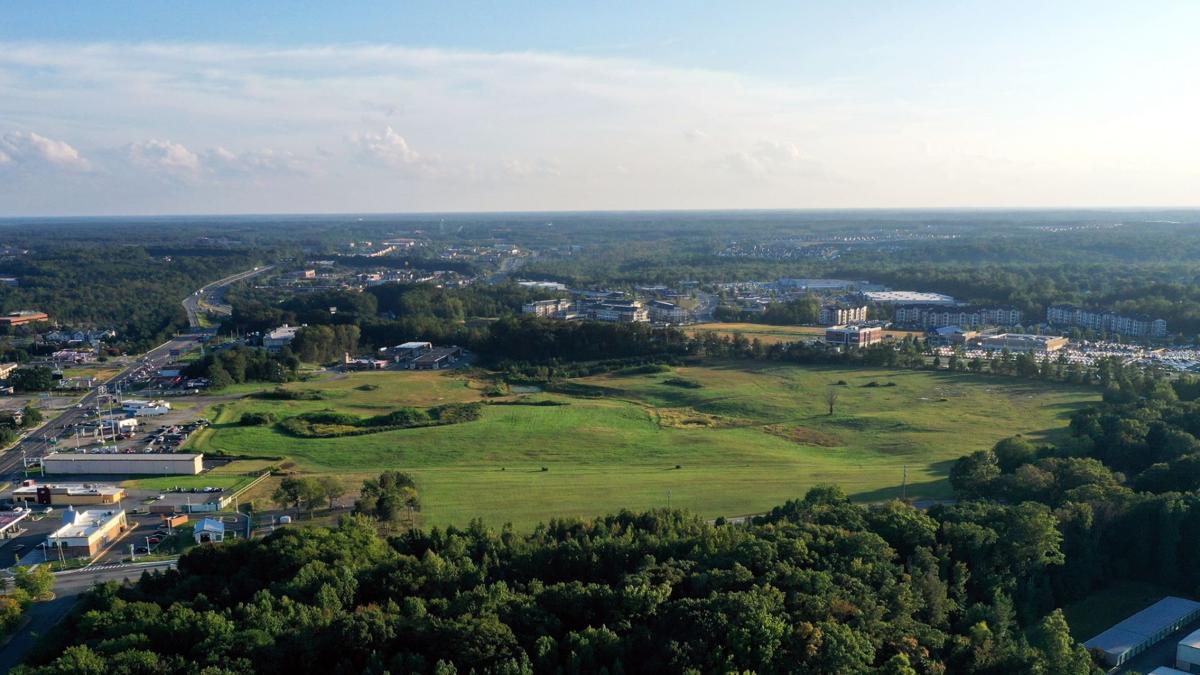 A new, 426,722-square-ft. outpatient VA clinic will be built on this 60-acre plot of land off I-95 in southern Spotsylvania County. Ohio-based Carnegie Development Corp will build the clinic. 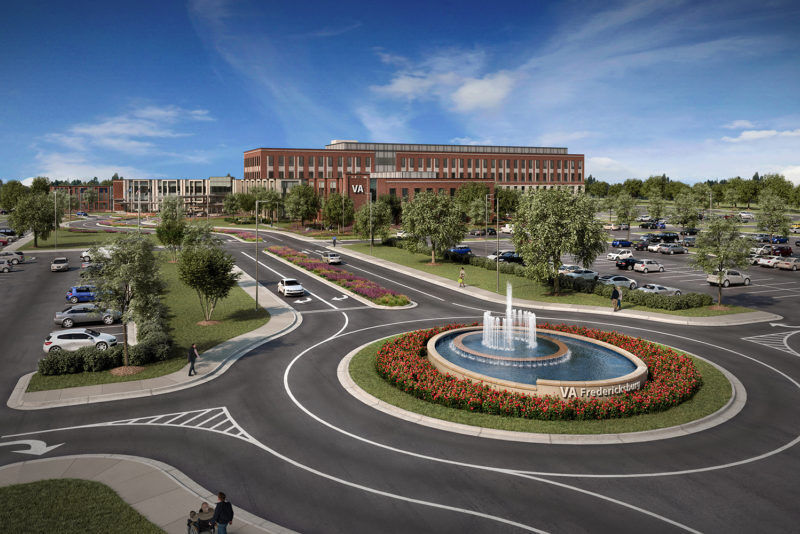 An artist rendering of what the Veterans Administration clinic in Spotsylvania will look like.

The battle to attract a new U.S. Department of Veterans Affairs outpatient clinic is settled, with Spotsylvania County beating out Fredericksburg and Stafford County.

The decision was posted online by the VA on Monday, nearly three years after federal officials began advertising for outpatient clinic space in an area stretching from Stafford to Spotsylvania, mainly along the Interstate 95 corridor.

Marshall said the clinic will give local military veterans an easily accessible outpatient clinic, will create jobs and also prove a boon economically. He and fellow supervisor Gary Skinner expect the clinic also will draw other medical facilities and businesses to the area.

Skinner, a U.S. Marine veteran, praised county staff for working so hard to get the clinic. He singled out Marshall.

“If it wasn’t for his work it probably wouldn’t have happened,” Skinner said.

He said the clinic will open up many “opportunities” for the county, but also believes the impact will stretch beyond Spotsylvania.

“It’s not only great for us, it’s great for the state of Virginia,” he said.

The 426,722-square-foot outpatient clinic will be built on about 60 acres off Hood Drive between U.S. 1 and Interstate 95. The land was owned by former Spotsylvania Supervisor and businessman Hugh Cosner, who recently died.

Marshall said Cosner, also a military veteran, was involved in the negotiations and would be glad to see the clinic coming to the county.

The 20-year lease agreement is with Ohio-based Carnegie Management and Development Corp., which will build the clinic. The contract’s value totals $376,748,586.

The earliest the new facility can open is 36 months from the date of the lease award or upon acceptance of the space, whichever comes later.

“I have worked hard in the Senate to get this Fredericksburg facility built on a timely track in order to meet the demand of the rising veteran population in the commonwealth,” he said in a statement. “I was pleased to see today that the lease has been awarded for this project, and that despite what has been an exceedingly slow pace at times, we are now one step closer to better serving veterans in Fredericksburg and breaking ground on what will eventually be the largest VA healthcare facility in the country.”

U.S. Rep. Rob Wittman, R-1st District, also said he is happy to see a new clinic coming to the region.

“This will allow even better care for our veterans living in the 1st District,” said the congressman. “I’d like to applaud and thank our local governments in competition for this facility for their tremendous efforts and the great opportunities they made available to the VA.”

Officials and staff in the city and Stafford also tried to draw the clinic to their localities. Stafford officials haven’t said much about pursuing the clinic. On Monday afternoon, the county said it hadn’t officially been notified of a decision.

Fredericksburg officials were open about their pursuit of the project, promoting a parcel known as the Hylton tract along I–95 between Cowan Boulevard and State Route 3.

“We are, of course, disappointed that the Hylton site was not selected, but we congratulate Spotsylvania County and Carnegie Management & Development Corporation,” Fredericksburg Economic Development and Tourism Director Bill Freehling wrote in an email. “We firmly believe that this will be a very positive project for the entire region, and that the Hylton property has a very bright future.”

The new Department of Veterans Affairs clinic will be built off Hood Drive in Spotsylvania, on the I-95 corridor.

The VA clinic site is just north of the Massaponax exit of I-95.

A new, 426,722-square-ft. outpatient VA clinic will be built on this 60-acre plot of land off I-95 in southern Spotsylvania County. Ohio-based Carnegie Development Corp will build the clinic.

An artist rendering of what the Veterans Administration clinic in Spotsylvania will look like.