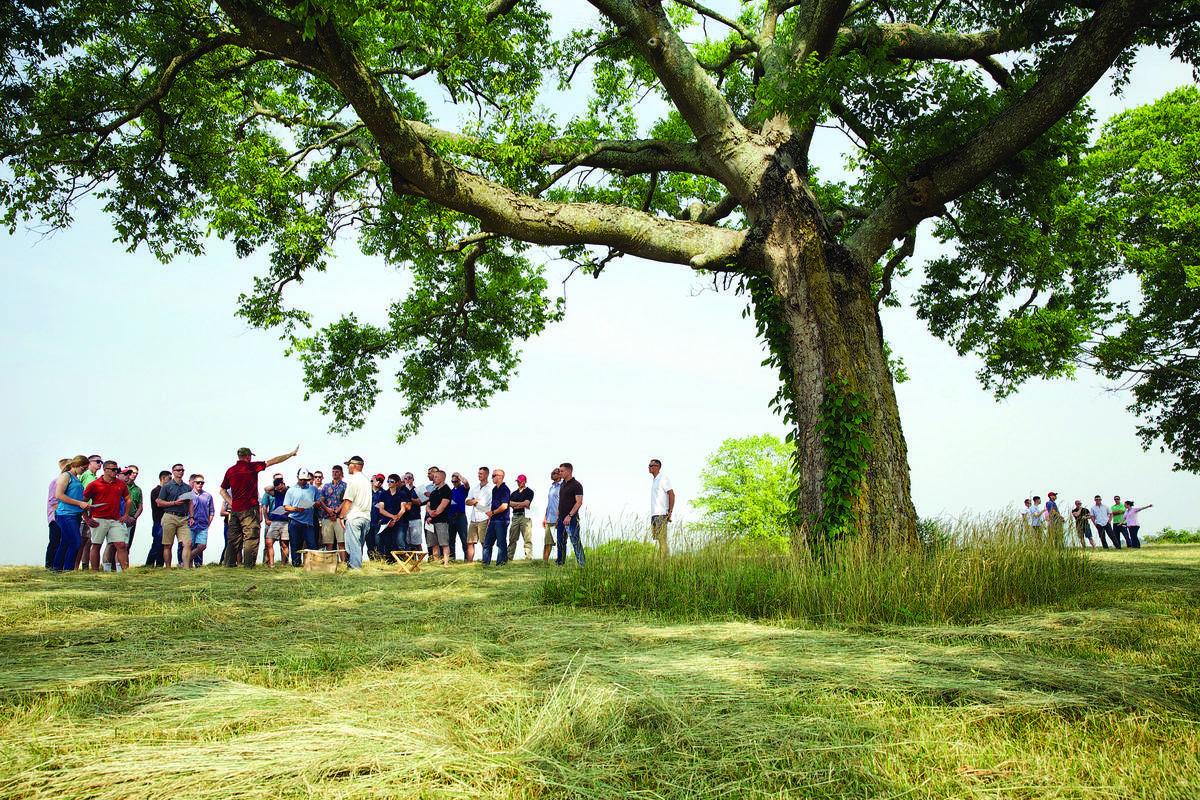 Marines learn about the Battle of Brandy Station during training in June of 2015 on Fleetwood Hill. The Civil War site may become a state park. 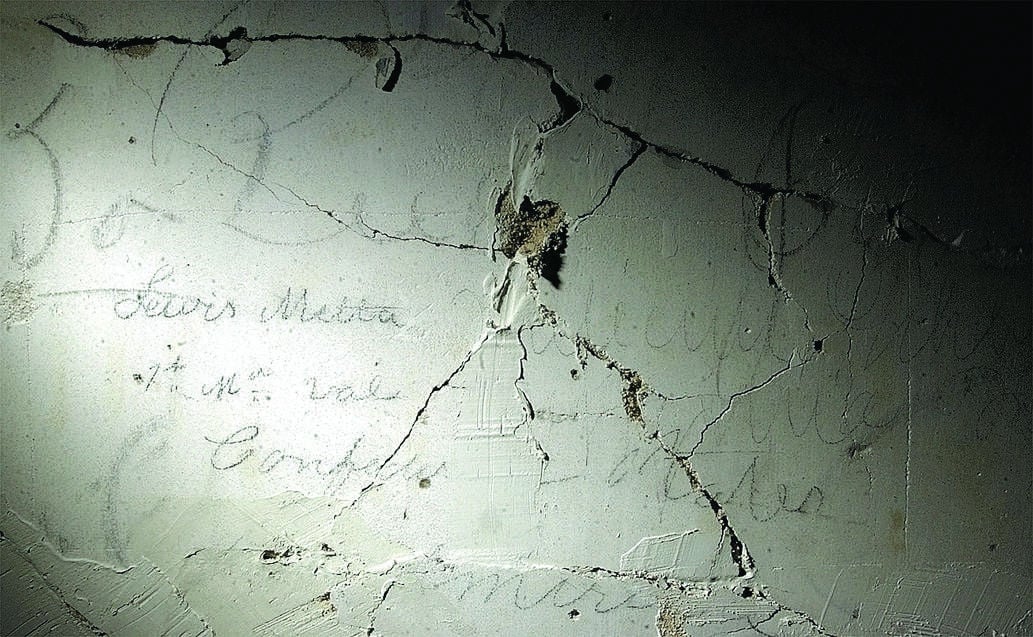 Scribbling by Confederate soldiers gave the Graffiti House its name. It could become the state park’s visitor center. 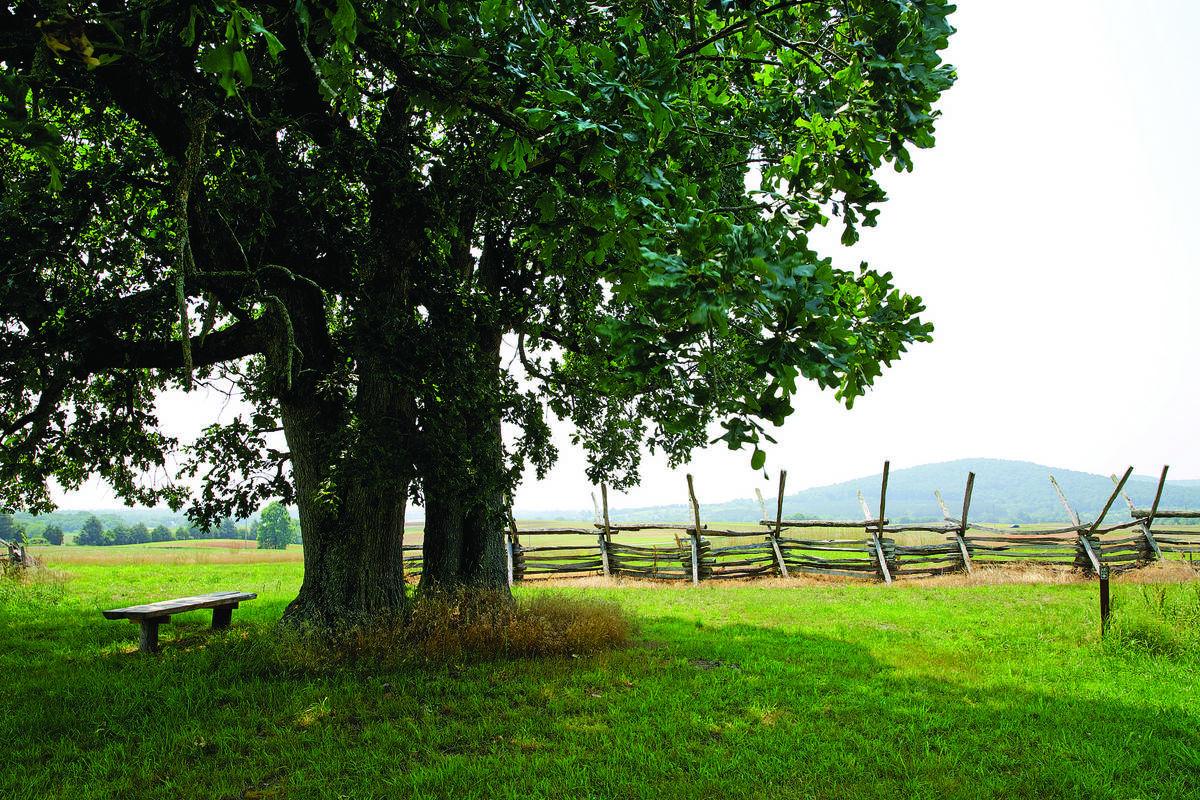 Culpeper’s Cedar Mountain battlefield could be part of a state park under consideration.

If the stars align, Culpeper County could be the home of a new state park.

State and local officials are tossing around the idea of creating a park to preserve and spotlight Culpeper’s two most significant Civil War battlefields—Brandy Station and Cedar Mountain.

Clyde Cristman, director of the Virginia Department of Conservation and Recreation, confirmed this week that there have been “very preliminary” discussions about the proposal.

To become a reality, a park “would have to have support from the local government, local General Assembly members and a majority of the assembly,” Cristman said in an interview.

“We have experience in operating and managing these kinds of parks,” Cristman said. “Should the General Assembly and the governor decide it’s appropriate, that is definitely within our mission.”

Joe McKinney, president of the Brandy Station Foundation, said he has heard that Gov. Terry McAuliffe is interested in the idea.

“The state park system has the resources to protect these battlefields here in Culpeper and draw more people interested in history to come see them,” McKinney said in an interview.

The foundation, a nonprofit group that owns 38 acres near Fleetwood Hill—heart of the 1863 cavalry battlefield—supports the idea, though McKinney noted that there will be many nuts-and-bolts details to sort out.

He said he thinks the foundation’s Graffiti House, an antebellum home in the village of Brandy Station, could serve as a visitor center for the park.

The foundation and another nonprofit, Friends of Cedar Mountain, maintain battlefield land as living memorials to the men who fought and died there.

The Civil War Sites Advisory Commission, established by Congress to pinpoint America’s most important Civil War sites, classified the Brandy Station and Cedar Mountain battlefields as representative of “the principal strategic operations of the war.”

“I think it would be a very positive thing for Culpeper, definitely helping to develop more tourism opportunities,” Walker said. “My only concern is when the state got involved, whether it would restrict farmers or hunters.

“But from a personal perspective, I think it’s a great idea. It would draw more people to enjoy our multiple, different tourism sites in the county—wineries, distilleries, Civil War and Revolutionary War sites, and great restaurants.”

“At first blush, it sounds good for the state to hold the land and make it more of a tourist attraction than it is now,” Chase said. “I’d much rather have it under the state than the way it is now.”

But he added: “The devil is in the details, and I’d have to see them before I would wholeheartedly support it.”

The Civil War Trust, which preserves 1,901 acres of the Brandy Station battlefield and 164 acres at Cedar Mountain, likes the state-park thought.

“The trust believes that a Brandy Station and Cedar Mountain state park is an idea worth pursuing,” Jim Campi, the trust’s director of policy and communications, said in an interview. “It would be beneficial to have a state park in the region to memorialize the two battles as well as encourage tourism.”

Campi declined to comment on the national nonprofit group’s discussions with state officials, other than to describe them as preliminary and productive.

Glenn Stach, a preservation landscape architect in Warrenton, said the Virginia Outdoors Plan, a long-range planning document, identifies the region between Sky Meadows State Park in Fauquier County and the Rapidan and Rappahannock rivers as one without a state park.

“It’s been on the radar for quite some time as an opportunity, with an underserved population in the vicinity,” Stach said.

The McAuliffe administration is identifying places to create new parks for the 80th anniversary of the state park system next year, Stach said.

Diane Logan, president of the Friends of Cedar Mountain, said the Culpeper nonprofit strongly supports the concept of a state park and sees it as a economic development opportunity.

“Heritage tourism is clean development that does not require huge infrastructure costs to the local citizens,” Logan said. “Heritage tourists typically stay longer at a destination, spending more money at local businesses, including on meals and lodging.”

If the park happens, the Cedar Mountain battlefield would be promoted in state literature and its tourism efforts, she said.

Virginia historian Clark B. Hall, who has spent decades working to preserve Brandy Station from development threats, said the park would focus national attention on Culpeper.

“This country doesn’t have a park dedicated to cavalry, that hugely important offensive and defensive component of Civil War warfare,” Hall said. “This would be the place.”

“There’s no other spot like it,” Hall said. “This is supremely beautiful battlefield land and to see it become a state park, that would be the cat’s meow.”

“This is an excellent opportunity to save, and open to the public, two important Civil War battlefields that have long been overlooked,” he said.

The park idea has been talked of by some local residents for a long time, since at least 2000.

But a keystone fell into place in 2013 when the Civil War Trust bought the southern crest of Fleetwood Hill, site of Confederate Gen. J.E.B. Stuart’s headquarters before the battle, and several other properties associated with the famous ridge, Campi said.

“We needed to have Fleetwood Hill because it was the epicenter of the battle, the jewel of Brandy Station,” he said.

Rep. Rob Wittman, a Republican whose 1st Congressional District includes much of the Fredericksburg area, voted against certifying the elector…

Marines learn about the Battle of Brandy Station during training in June of 2015 on Fleetwood Hill. The Civil War site may become a state park.

Scribbling by Confederate soldiers gave the Graffiti House its name. It could become the state park’s visitor center.

Culpeper’s Cedar Mountain battlefield could be part of a state park under consideration.