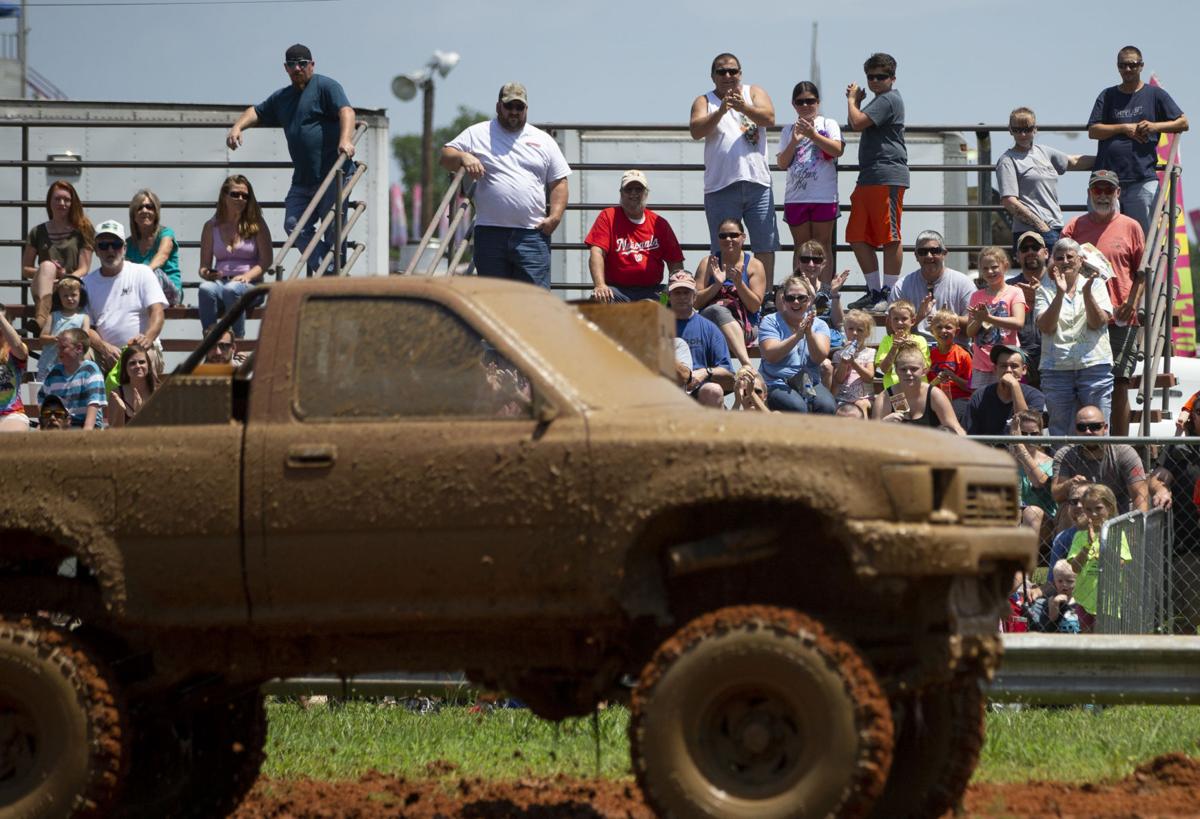 Fairgoers cheer during the mud bog at the Fredericksburg Agricultural Fair in 2018. Though this year’s fair is canceled due to COVID-19, two mud bogs and a demolition derby are scheduled for the fairgrounds in October. 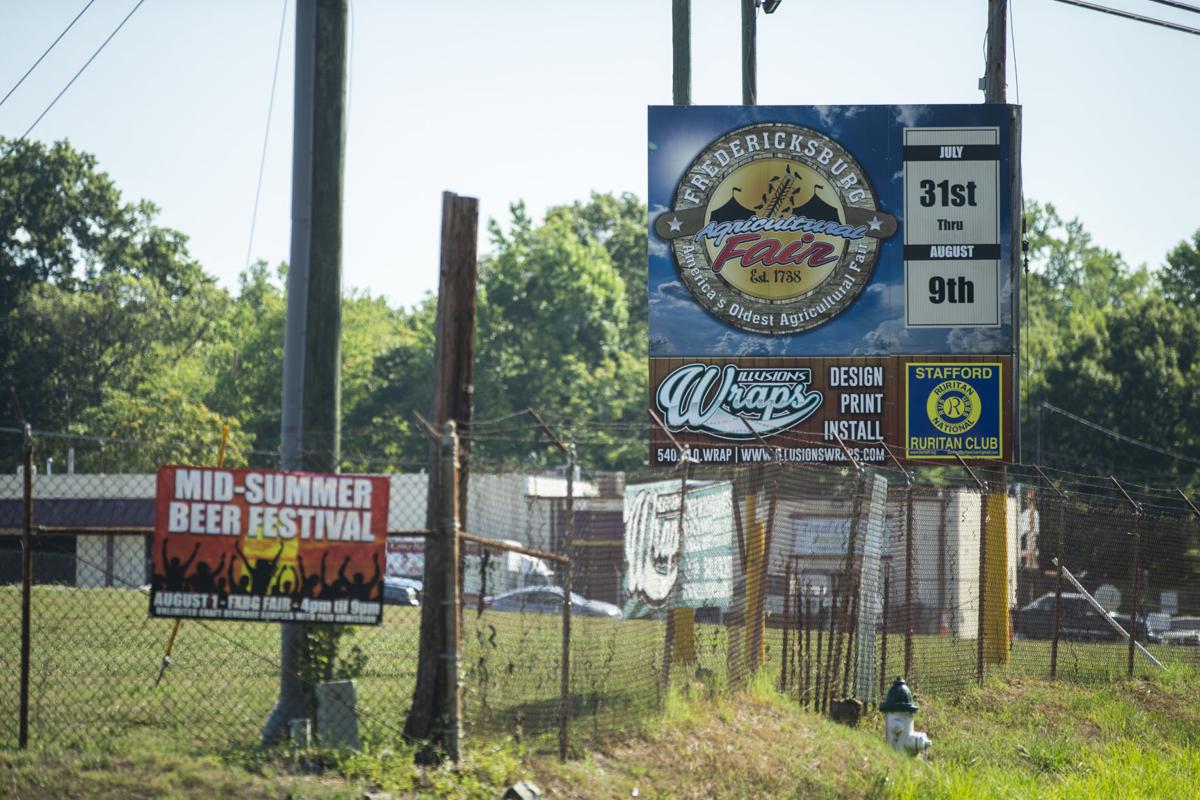 The Fredericksburg Agricultural Fair, which dates back to 1738, was to have started this Friday. It has been cancelled for the first time since World War II. 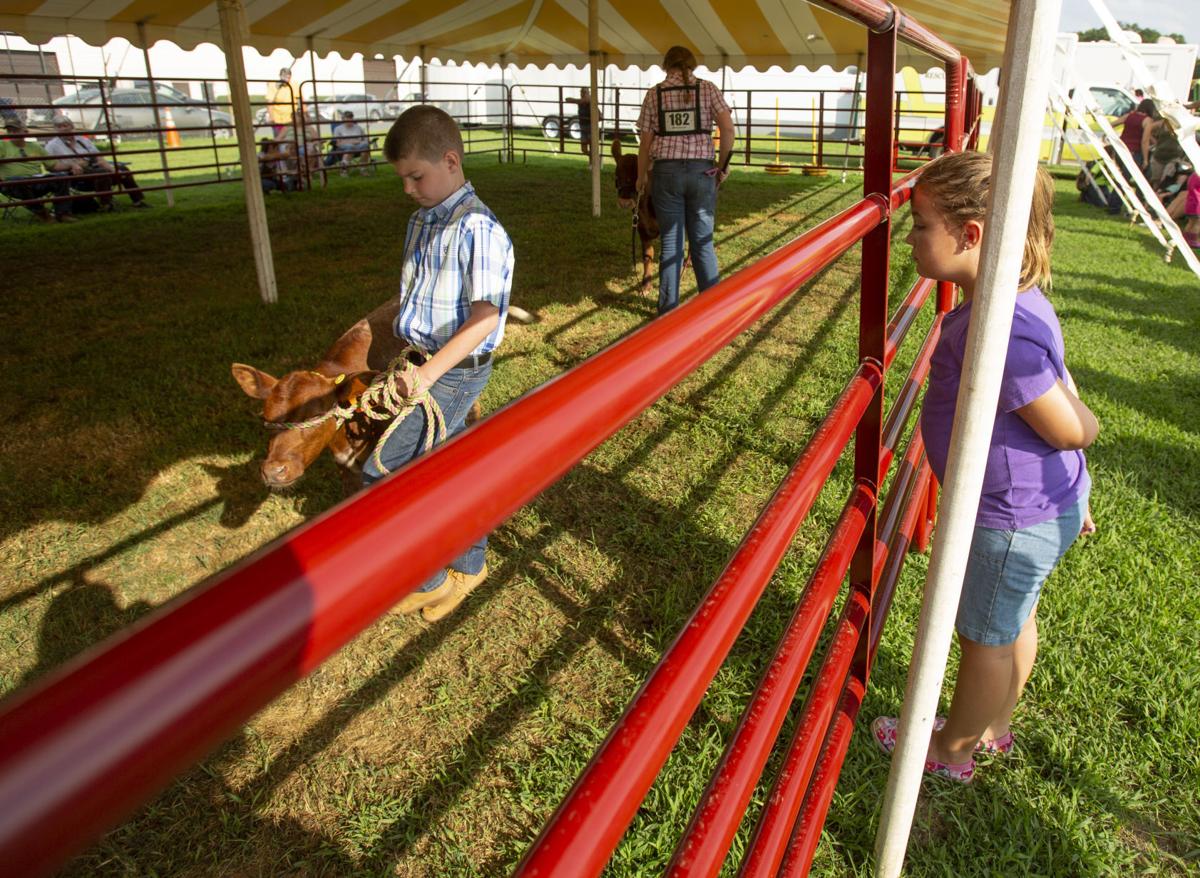 Hudson DePoy, 9, of Bealeton, waits with his calf Jack Daniels during the fair’s livestock show.

Fredericksburg Agricultural Fair fans will have to wait until 2021 for the popular event, which drew 38,000 people over 10 days last summer.

The agricultural fair, which bills itself as the oldest in the country, was to have started this Friday. Organizers decided to postpone it until next summer after the State Fair of Virginia decided last week to cancel its fair this year because of the impact of COVID-19.

“I would love to have a fair, but I don’t really think it’s going to happen unless the virus goes away and the governor says you can have more than 1,000 people at an event,” said C. Travis Bullock, the fair’s general manager.

Several of the fair’s popular attractions will still be held on the fairgrounds at 2400 Airport Ave. this fall, although daily attendance will be limited to 700 due to the state’s COVID-19-related restrictions. A demolition derby will be held Oct. 9, a mud bog on Oct. 10 and an all-terrain vehicle mud bog on Oct. 11, which will be run by the Fredericksburg Agricultural Fair and the Mountain View Mudders. Times and ticket information will be posted later on the fair’s website at fredericksburgfair.org.

“We have not scheduled anything else due to the virus,” Bullock said.

This is the first year the Fredericksburg Agricultural Fair hasn’t been held since World War II, although organizers did have to shut it down for a day in 2001 because of inclement weather. The fair dates to 1738, when Virginia’s House of Burgess authorized it to be held in Fredericksburg.

It is one of about 50 of the 70 fairs in the Virginia Association of Fairs that have canceled so far this year, said Danny Byrum, the VAF president. They include Caroline and Orange counties’ annual fairs, which were to have been held in June. Louisa County has called off the one it was supposed to open Thursday, and King George County has said that it won’t hold its fall festival that had been set for October.

“To be honest, with the way things are going now with everything [related to COVID-19] upticking, I’ll be surprised if we have a fair in Virginia this year,” said Byrum. “The important thing is we’re in Phase 3, so you can only have 1,000 people. That’s hard to do. There are very few fairs that have 1,000 or less per day.”

He said some fairs like Fredericksburg’s are still attempting to hold some events, as long as attendance can be kept under 1,000 and there’s enough room for social distancing. The State Fair also plans to have a day where 4-H and Future Farmers of America members can show and sell the cattle, sheep, pigs and goats they’ve spent the last 12 months raising.

Fairs are big business. Studies have shown that the roughly 2,000 fairs held throughout the U.S. each year constitute a $4.67 billion industry, said Byrum, who added that he does not have the breakdown for Virginia. Not only do these events earn revenue from ticket sales, but surrounding businesses also benefit, since most fairs last a week or two.

“You take 70 fairs across the state, and that’s a pretty big impact,” he said.

The Fredericksburg Agricultural Fair is the fairground’s largest revenue source, and its board of directors has decided to delay construction of a new $100,000 bathroom building, Bullock said. It does make some money by renting out the fairgrounds for other events, such as the FXBG Mid-Summer Beer Festival on Saturday. It also donates space to the city and to charitable organizations.

Bullock said that he’s already getting phone calls from people about the Fredericksburg Agricultural Fair, which holds a lot of memories for many. He said one man in his 70s told him he got his first kiss on the Ferris wheel at the fair and has been coming every year since then.

He also knows of several couples who met at the fair and later married, and said that three women come each year just to buy cotton candy and funnel cakes.

“Of course, we’re also going to miss Elvis. He comes the last day and throws out scarves.”

Virginia Estes, who has organized the fair’s flower shows for 30 years, said they give gardeners a chance to exhibit their best blooms and show off their creativity in using them in arrangements. They also give others an opportunity to see flowers they might never have seen before or get inspired to learn flower arranging.

“This past year, we had some new people bring arrangements,” she said. “I had to call them back to tell them there would be no show this year. They were very sad that it wasn’t going to happen, but they understood.”

Teresa Bullock, Travis Bullock’s wife, said that she’d normally be spending long hours overseeing the 200–225 people exhibiting at the Homemakers Building during the fair. This year, there will be no canned goods and fresh produce for judges to review, no display by local photographers and no large model train display with a carnival theme.

The Stafford Piecemakers Quilt Guild won’t be there trying to recruit new members, and there will be no section where children can create crafts.

“Usually we’re just overworked,” she said. “I think the whole COVID thing has had an impact on everybody. It’s just really depressing that you can’t do the activities that you find are fun.”

Fairgoers cheer during the mud bog at the Fredericksburg Agricultural Fair in 2018. Though this year’s fair is canceled due to COVID-19, two mud bogs and a demolition derby are scheduled for the fairgrounds in October.

The Fredericksburg Agricultural Fair, which dates back to 1738, was to have started this Friday. It has been cancelled for the first time since World War II.

Hudson DePoy, 9, of Bealeton, waits with his calf Jack Daniels during the fair’s livestock show.