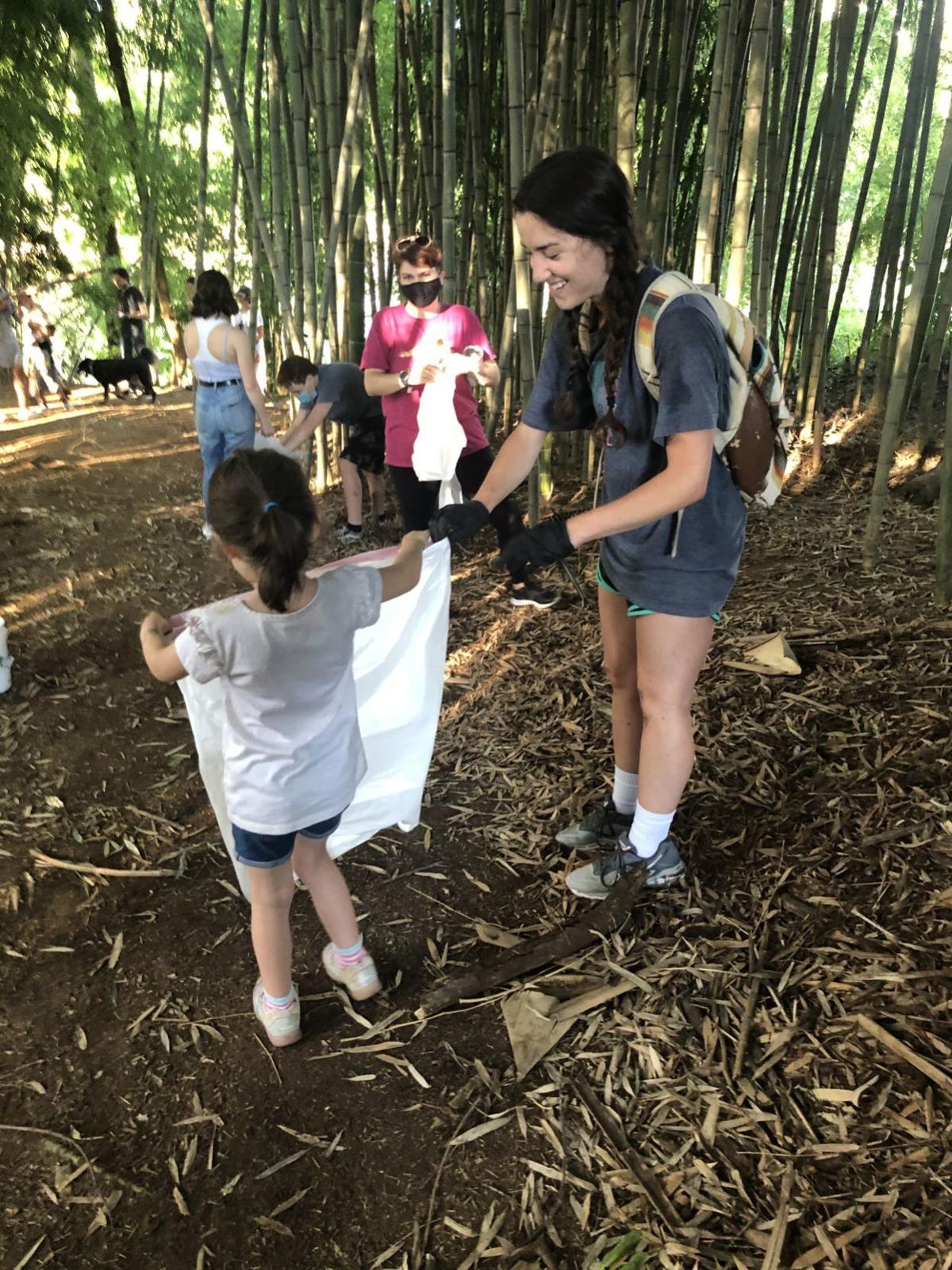 Volunteers organized by Leaders for Peace clear an alley in Fredericksburg that has ties to the Underground Railroad on June 25. 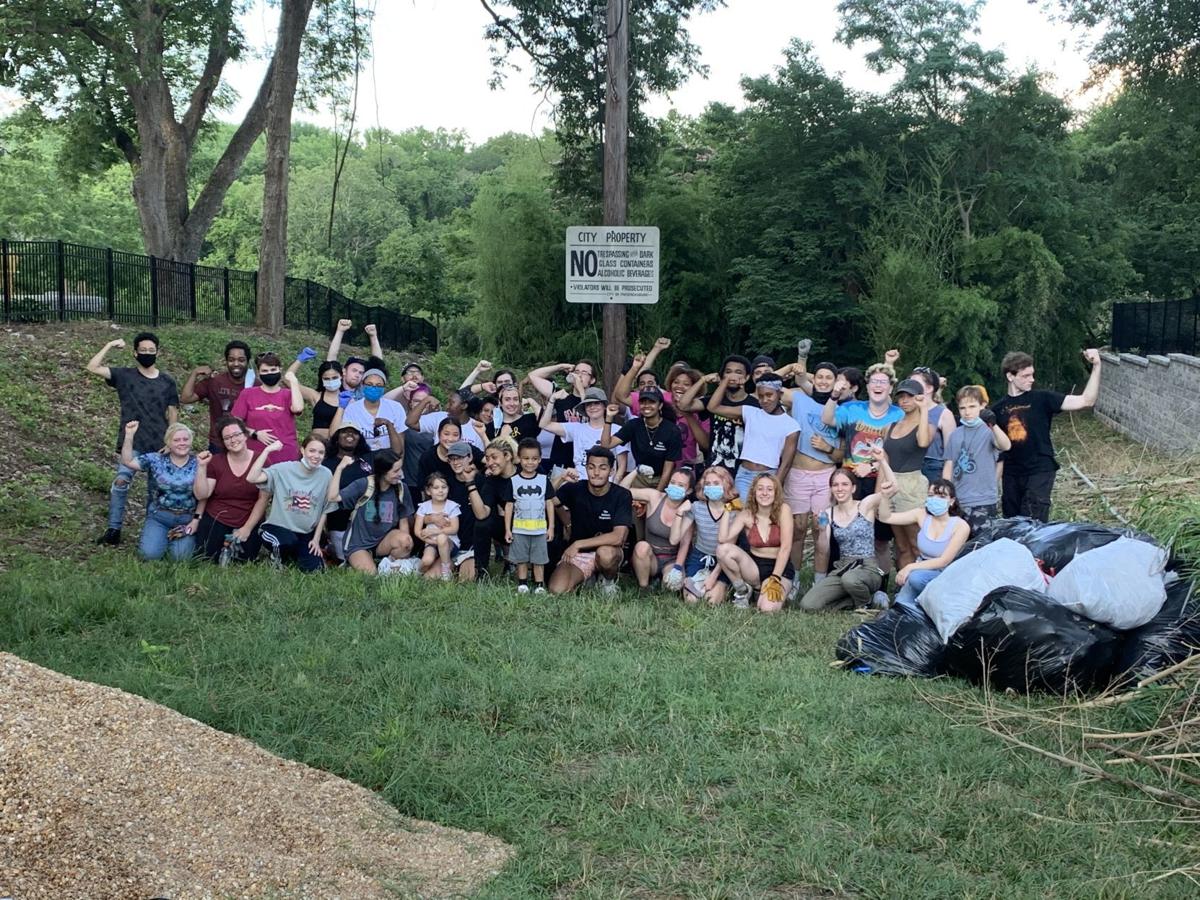 Volunteers organized by Leaders for Peace pose after clearing an alley that has ties to the Underground Railroad on June 25. 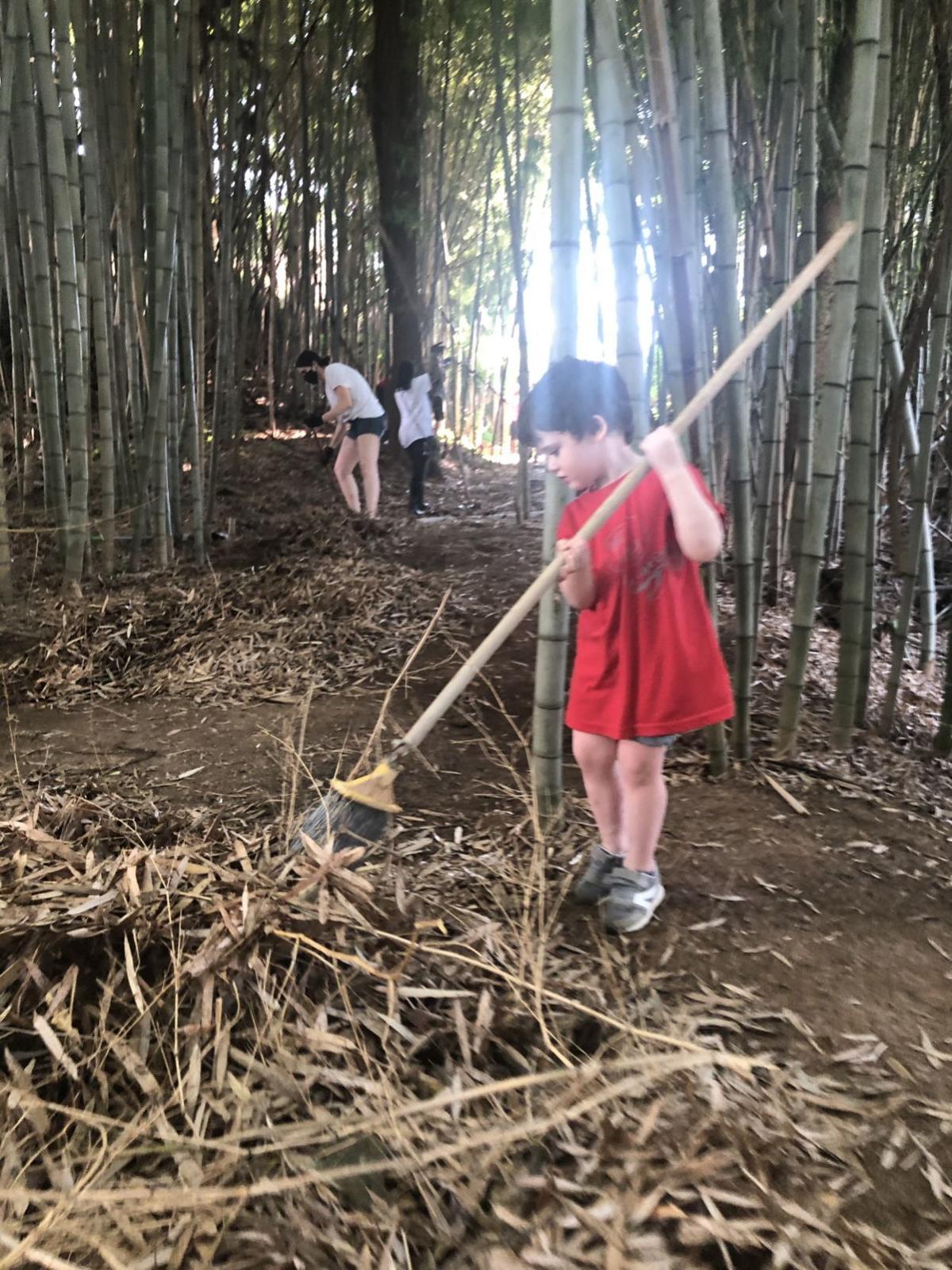 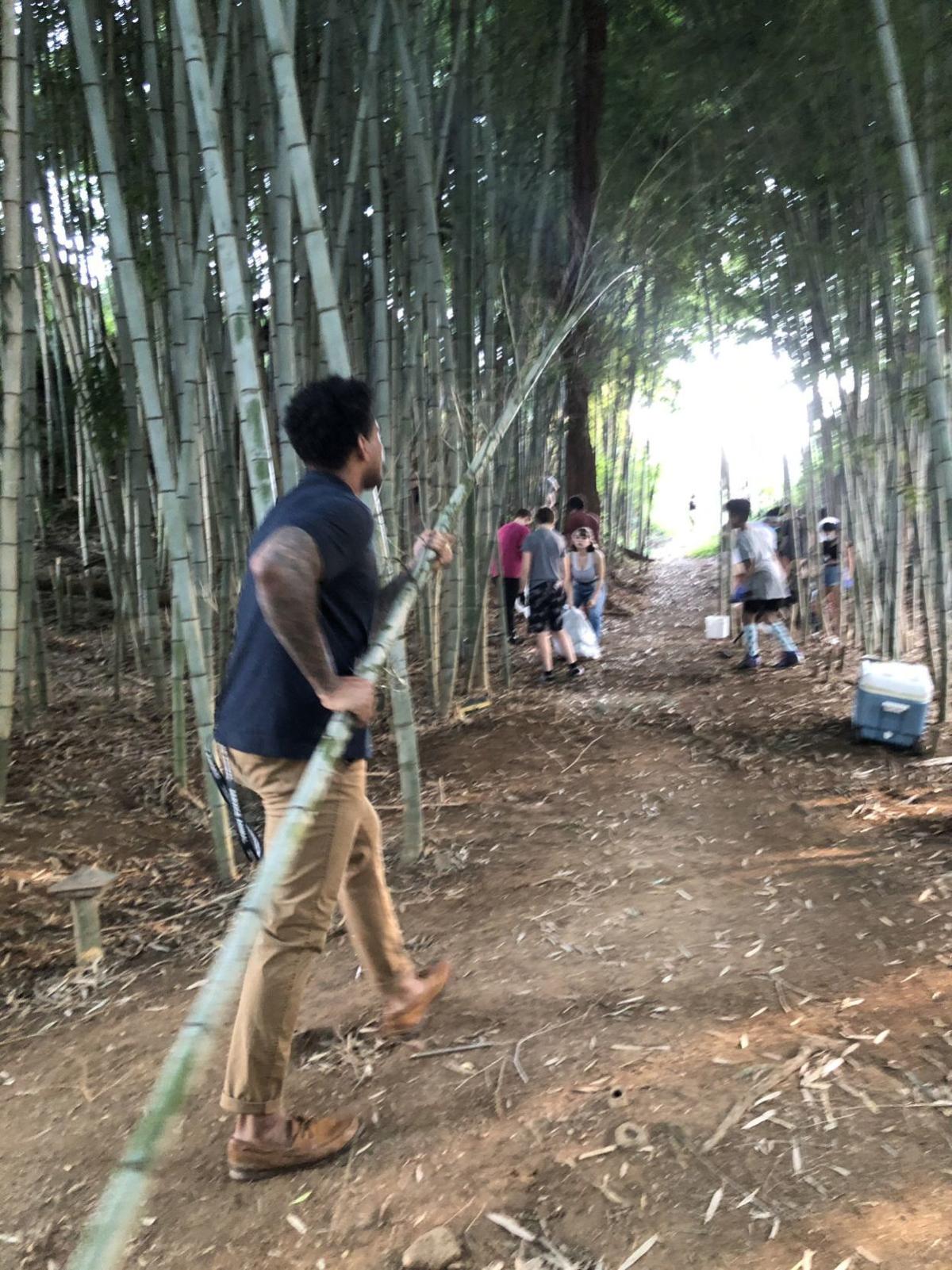 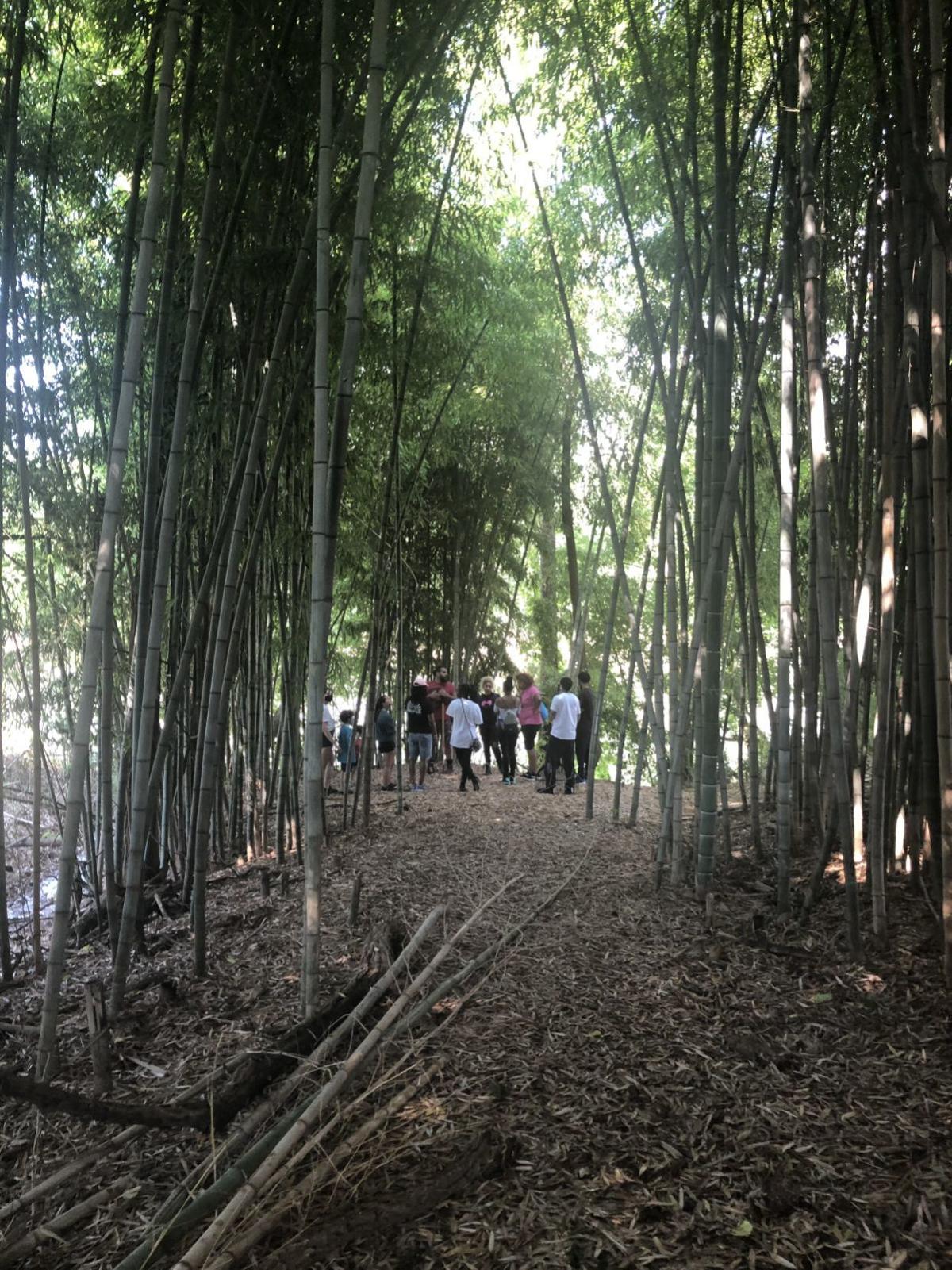 The alley, located where Canal and Caroline streets meet at the northern end of the city’s Historic District, leads down to the Rappahannock River. At that spot during the 19th century, John DeBaptiste, a free Black man, owned French John’s Wharf and operated a ferry transporting people and goods across the river.

His grandson, George DeBaptiste, who was born in Fredericksburg, later moved north when life became increasingly difficult for slaves and free Blacks in the South. He became leader in the Underground Railroad and is said to have helped nearly 200 escaping slaves between 1841 and 1846.

Another DeBaptiste from Fredericksburg, Richard, served in the 54th Massachusetts Infantry Regiment, the Union Army’s second African American regiment in the American Civil War, which is featured in the 1989 movie “Glory.”

French John’s Wharf itself may have been a site where slaves crossed the river to their freedom at Union Army encampments in Stafford County.

But the alley that leads to the site, which is owned by the City of Fredericksburg, has become overgrown in recent years and many are unaware of its history.

Members of Leaders for Peace learned of the site’s history at a meeting with city officials, leader Cam Coates said. Among the protesters requests has been that the city do more to tell the story of its Black residents.

“So that’s why we decided to set up the cleanup,” Coates said.

About 50 volunteers, including children, spent four hours late Friday afternoon and evening clearing the alley of trash and dead vegetation and trimming back the live bamboo trees blocking the entrance to the alley, Coates said.

He said the group next plans to work with the city to determine how best to tell the site’s history.

Local attorney Blanton Massey, who owns the house at 1517 Caroline St. next to the alley, has also been advocating for the DeBaptiste family to be recognized.

“[Learning about their history] might cause a reflection of how un-indentured whites and free black colonists interacted freely during the early days of the United States,” Massey wrote in a 47-page pamphlet of information about the family. “How free blacks could have included themselves as entitled to liberty and justice for all such as contained in Thomas Jefferson’s eloquent words contained in the Declaration of Independence.”

The family patriarch, John DeBaptiste, immigrated to Fredericksburg from St. Kitts and served with Fielding Lewis during the American Revolution.

As free Blacks, several members of the DeBaptiste family purchased slaves and then freed them, or used their earnings to buy their freedom.

John DeBaptiste himself owned two slaves and got into trouble with the law for letting one of them rent himself out to earn his own money, Massey said.

His grandson, George DeBaptiste, moved to Indiana and became a leader in the Underground Railway.

George DeBaptiste eventually settled in Detroit. He is featured prominently in the city’s Gateway to Freedom memorial, depicted pointing the way for seven slaves to follow across the Detroit River to Canada. There is also a historical marker on the site of home there.

Coates said Leaders for Peace would like to see a memorial placed in the Fredericksburg alley recognizing the DeBaptistes and Massey told The Free Lance–Star he’d like to see it developed as a pocket park.

Volunteers organized by Leaders for Peace clear an alley in Fredericksburg that has ties to the Underground Railroad on June 25.

Volunteers organized by Leaders for Peace pose after clearing an alley that has ties to the Underground Railroad on June 25.