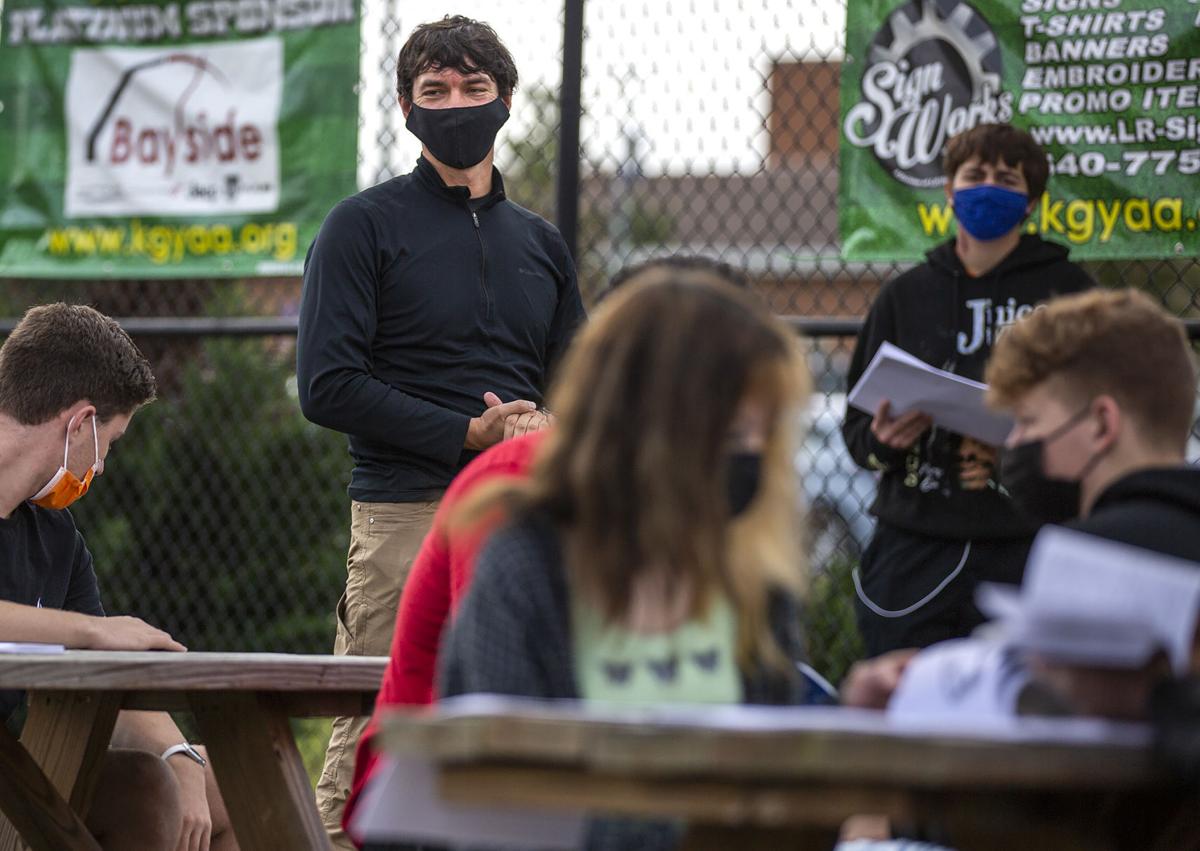 King George native and architectural designer Jay Osborne speaks to Cathy Cropp’s drafting class at King George High School on Thursday. One of Osborne’s designs was inspired by an abandoned farmhouse in Westmoreland. 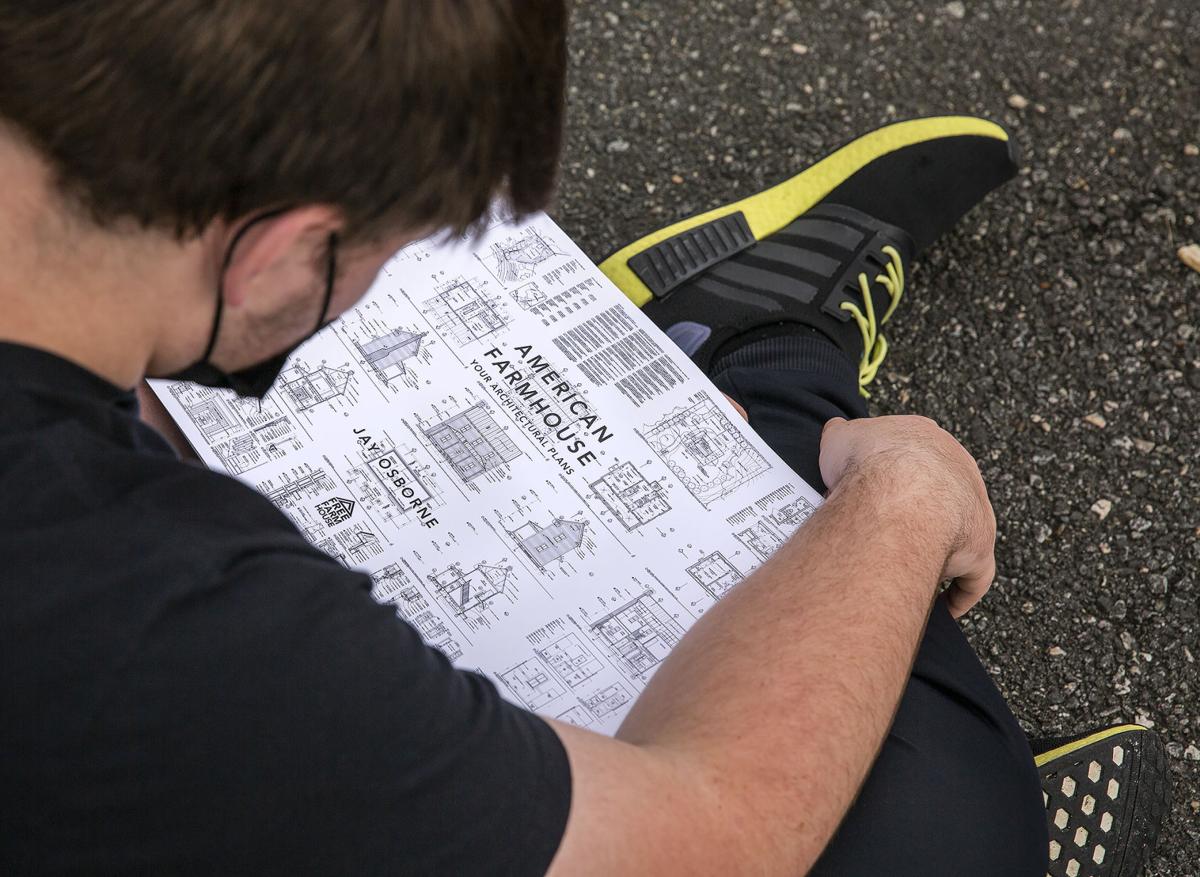 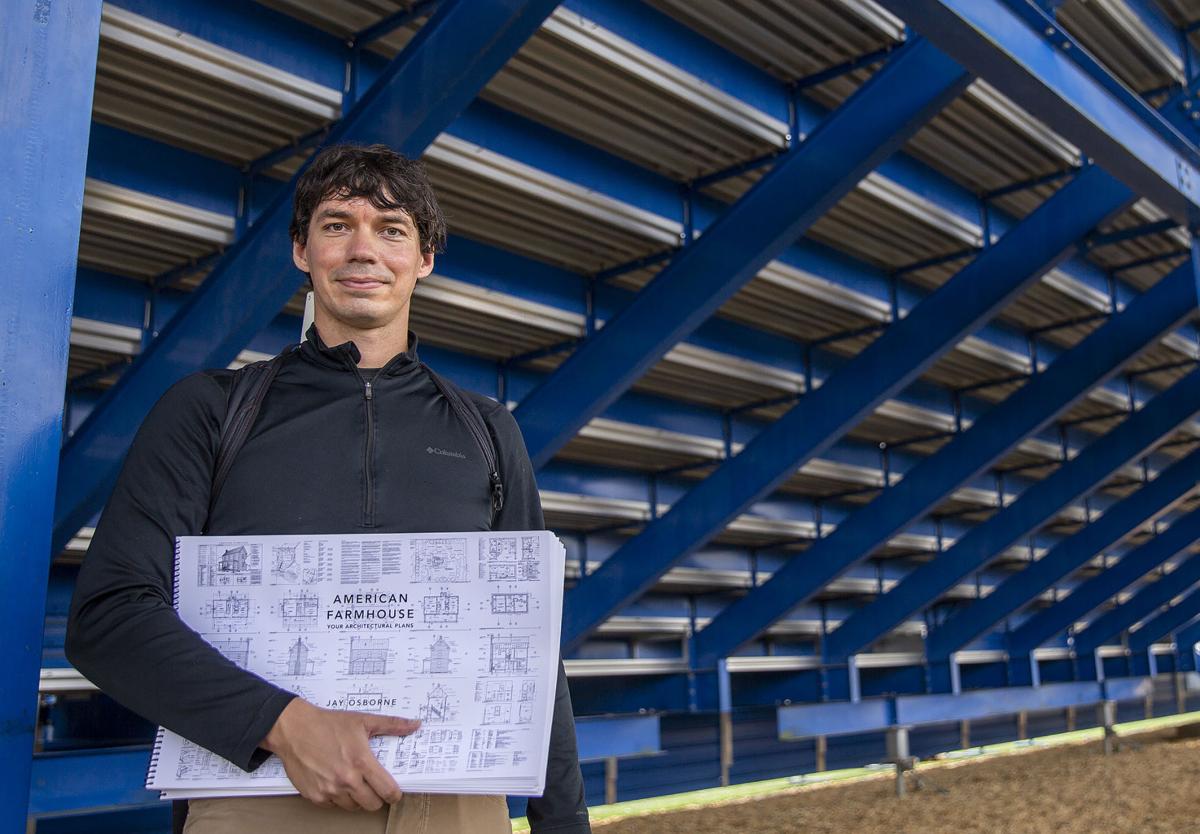 King George native Jay Osborne, an architectural designer, found an old farmhouse. He was inspired by its simplicity and designed a house just like it. 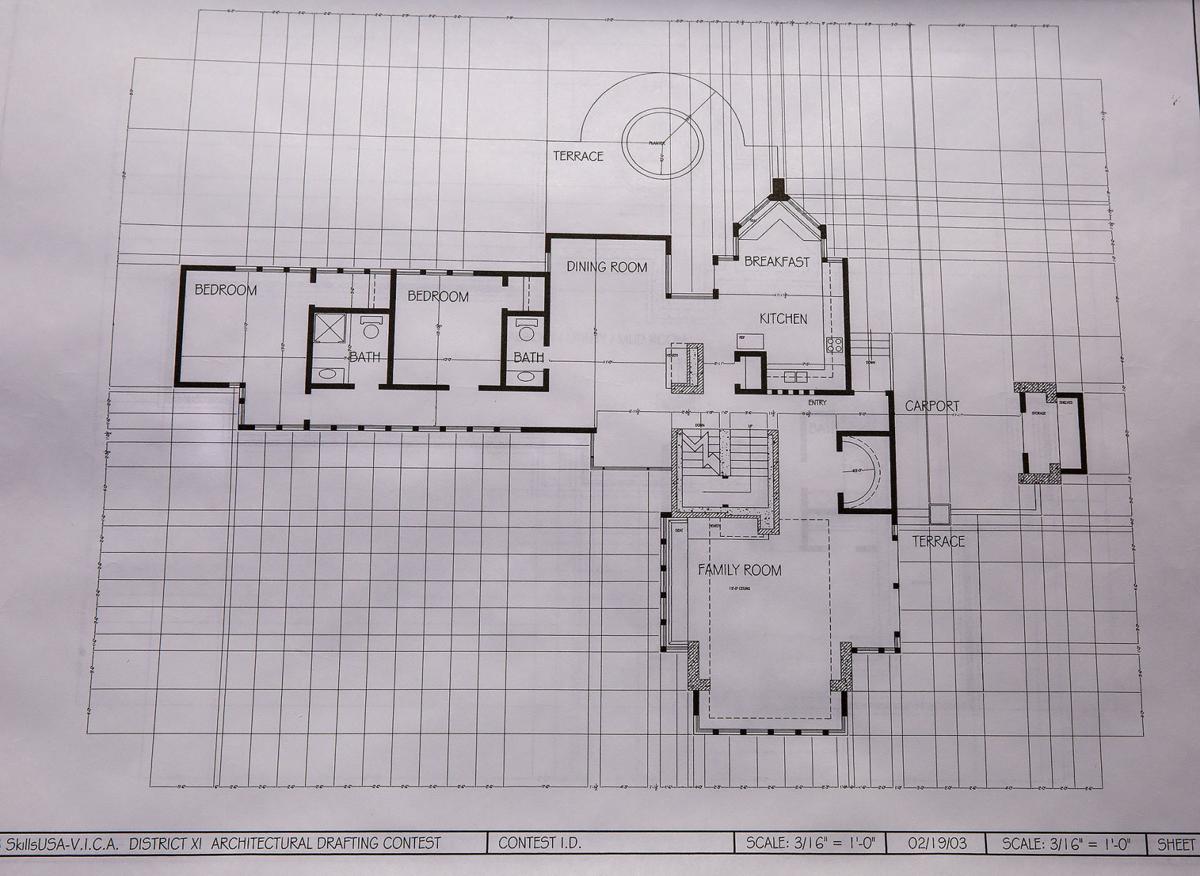 Osborne was a high-schooler in King George when he designed these plans. 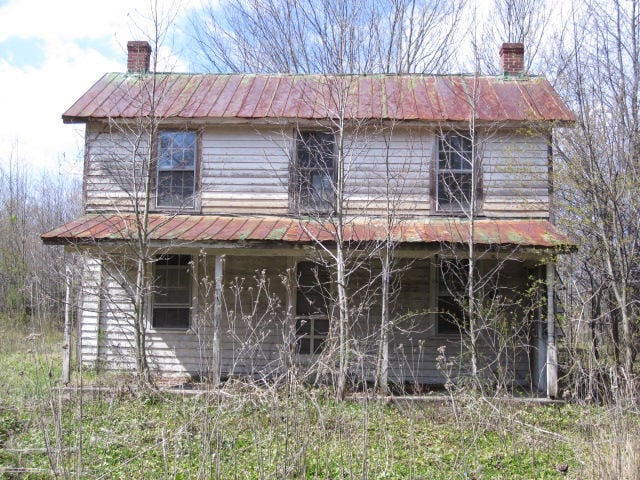 This abandoned structure was the inspiration for ‘American Farmhouse.’

Compared to the extravagant multimillion homes, dream resorts and waterfront restaurants Jay Osborne helped design in the San Francisco area, the abandoned farmhouse he found in the woods of Westmoreland County seemed a throwback to a less-complicated time.

It was that “profound simplicity” that appealed to Osborne, 35, who spent his childhood near Dahlgren and graduated from King George High School in 2005. He settled on the West Coast when he fell in love with San Francisco after a cross-country bike trip.

But during a visit home a few years ago, the architectural designer came across a dilapidated farmhouse on the grounds of George Washington Birthplace National Monument in Westmoreland. He chased away a buzzard that had claimed the decaying space as its own so he could take a few pictures and measurements of the building.

Osborne designed a replica of the structure, which he calls “American Farmhouse,” and offered the plans and drawings online for free for anyone to use. The idea was somewhat revolutionary when Osborne made all the downloadable files available in 2015, but the concept never took off like he hoped.

When COVID-19 hit and Osborne found himself without two roommates—and unable to afford his oceanfront apartment in California—he returned to his childhood home with a vow to once more focus on the simple farmhouse that moved him years earlier.

“The pandemic did give me a new a perspective,” he said. “One is I want to help as many people as I can. It’s nice to design very elegant buildings for insanely rich people, but in the end, it’s more meaningful if I can help normal people.”

Osborne said he felt disconnected from his roots while designing houses that cost $30 million to $40 million. He recently shared some of those experiences at his high school alma mater, where he was a guest speaker in a drafting class taught by Cathy Cropp—the same teacher who instructed him.

“Resorts are a lot of fun because you’re basically designing paradise and that makes you feel really nice until you realize you can’t afford to go there,” he said.

Drawing plans for luxurious resorts was an “imaginative exercise” while designing the farmhouse was something he could do for himself—and hopefully, provide a benefit to others. His goal is for those interested in architecture, along with builders or potential homeowners, to learn from the plans, which show each slice of a floor plan two ways.

On one side is a rendering; on the other, the technical drawings.

“I thought, this is the simplest house in America and it also lends itself well as an educational tool,” he said. “It doesn’t have the mess or the circumstantial garbage that goes into a lot of architectural plans. Because it’s so clean, it’s easier to understand.”

High school students who reviewed Osborne’s plans and heard his presentation—about compiling the plans in a book and publishing them through a Kickstarter campaign—appreciated the concept.

“It’s refreshing to see someone wanting to give back,” said Michael Truelove, a junior. “You don’t see that a lot in business these days. And I think the plans are really cool, I’d want to live here. It’s compact, looks comfy and I’ve always been a sucker for, like, forest homes.”

FREE PLANS FOR ALL

Osborne always loved all types of buildings and that was reflected in his work when he entered the drafting program at King George High School, Cropp said.

“He possessed an extraordinarily high level of design, artistic and visual-spatial reasoning skills,” she said.

From King George, he went to Virginia Tech, where he completed its five-year architectural program. He spent a dozen years working with architectural firms, one in Washington and others in San Francisco, but never became a licensed architect. He has remained a designer—saying that, especially with his farmhouse project, he has freedom to do what he wants with his plans. He’d never be able to give them away as a licensed architect, he said.

The farmhouse is considered small by modern accounts. It’s less than 1,000 square feet, but the book of plans shows various ways builders and homeowners can expand it as their finances and families grow.

Osborne encourages people to edit the CAD files, made through computer-aided design software, and adapt and personalize them to fit their particular needs or the building site.

“The project is the first of its kind,” Osborne wrote in his book. “It is the first open-source house design that you could conceivably build from and live within.”

Everything is available at his website—FreeFarmhouse.com—under a license called Creative Commons Attribution ShareAlike. It allows users to build on the ideas of others, he said, providing they meet certain stipulations, such as crediting the person for the original design and not copyrighting his work.

Because the website didn’t take off like he expected, Osborne decided to launch a Kickstarter campaign when he returned to King George last year. He sought $5,000 to help with publishing costs and already has met that goal.

He’s also working on a second design and hopes to produce free files online as well as publish books that can be sold to homeowners, builders or even high-school drafting classes. The second design is twice the size of the American farmhouse. He’s calling that one “Southern Farmhouse” because it’s similar to the Alabama home with wrap-around porches featured in the movie “Forrest Gump.”

While Osborne admits his project paints him as a philanthropist, he said he’s getting something out of the deal as well.

“When you give something away for free, you do get something in return but it might just be a reputation or the goodwill of others. Or you learn new skills,” he told the King George students. “It’s not purely about giving it away for free, although I do want people to find as much joy as they can from this project.”

His former teacher can see through all that.

Hero or criminal? Who is Julian Assange and what does he stand for

Hero or criminal? Who is Julian Assange and what does he stand for

King George native and architectural designer Jay Osborne speaks to Cathy Cropp’s drafting class at King George High School on Thursday. One of Osborne’s designs was inspired by an abandoned farmhouse in Westmoreland.

King George native Jay Osborne, an architectural designer, found an old farmhouse. He was inspired by its simplicity and designed a house just like it.

Osborne was a high-schooler in King George when he designed these plans.

This abandoned structure was the inspiration for ‘American Farmhouse.’