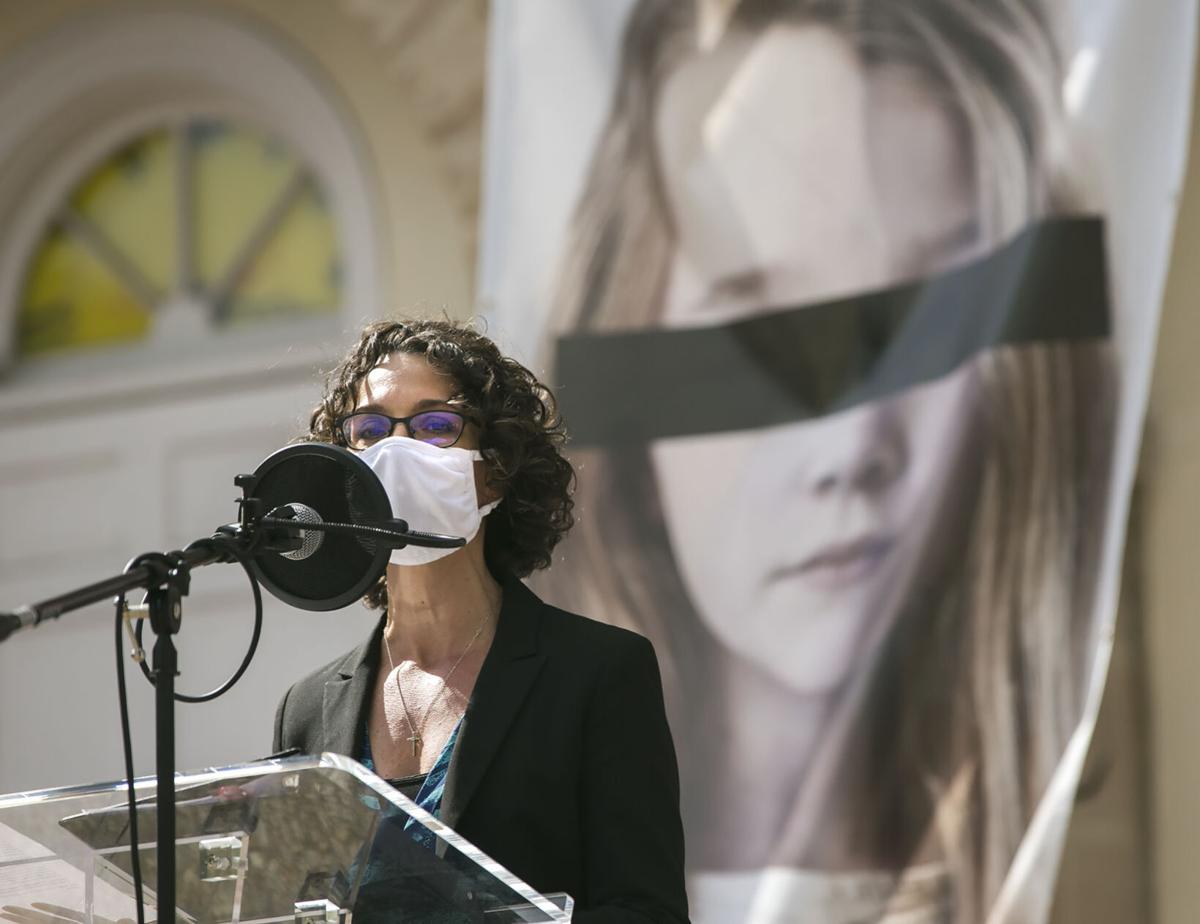 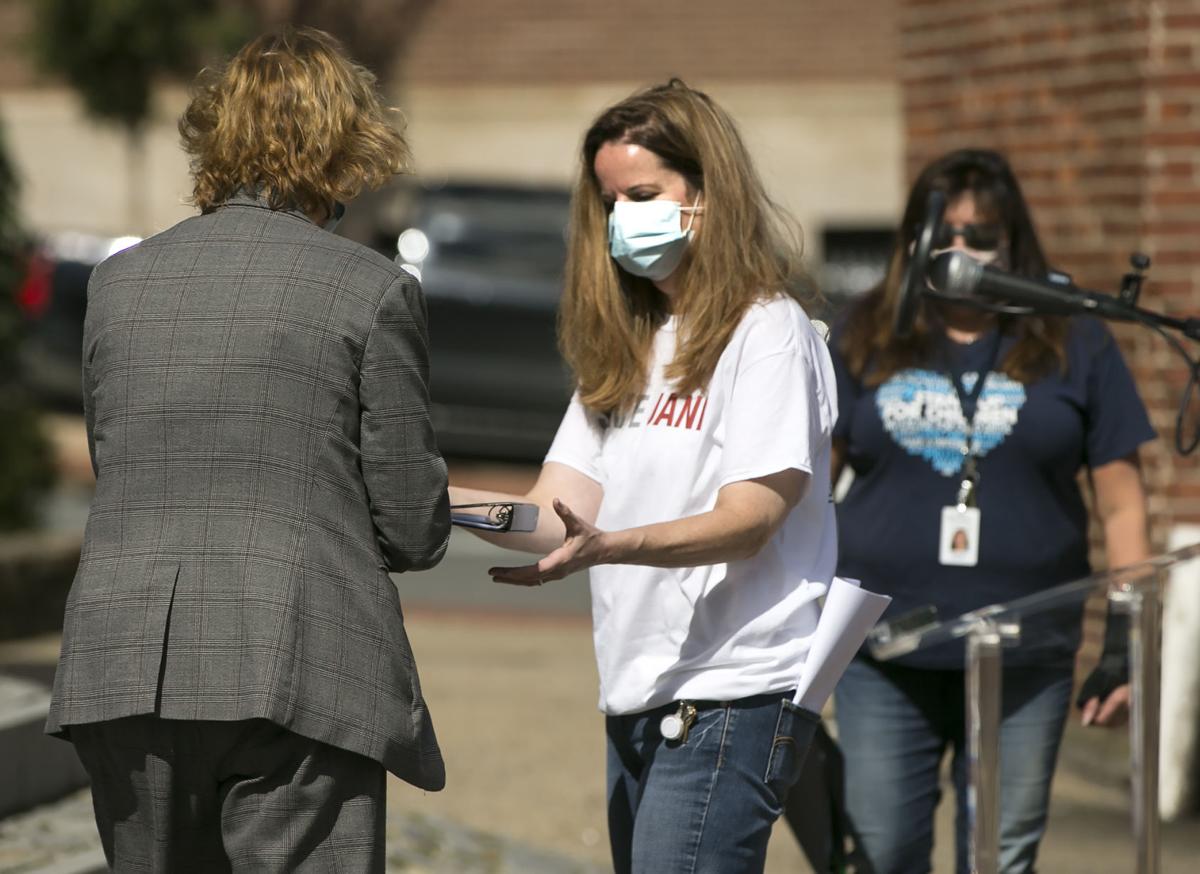 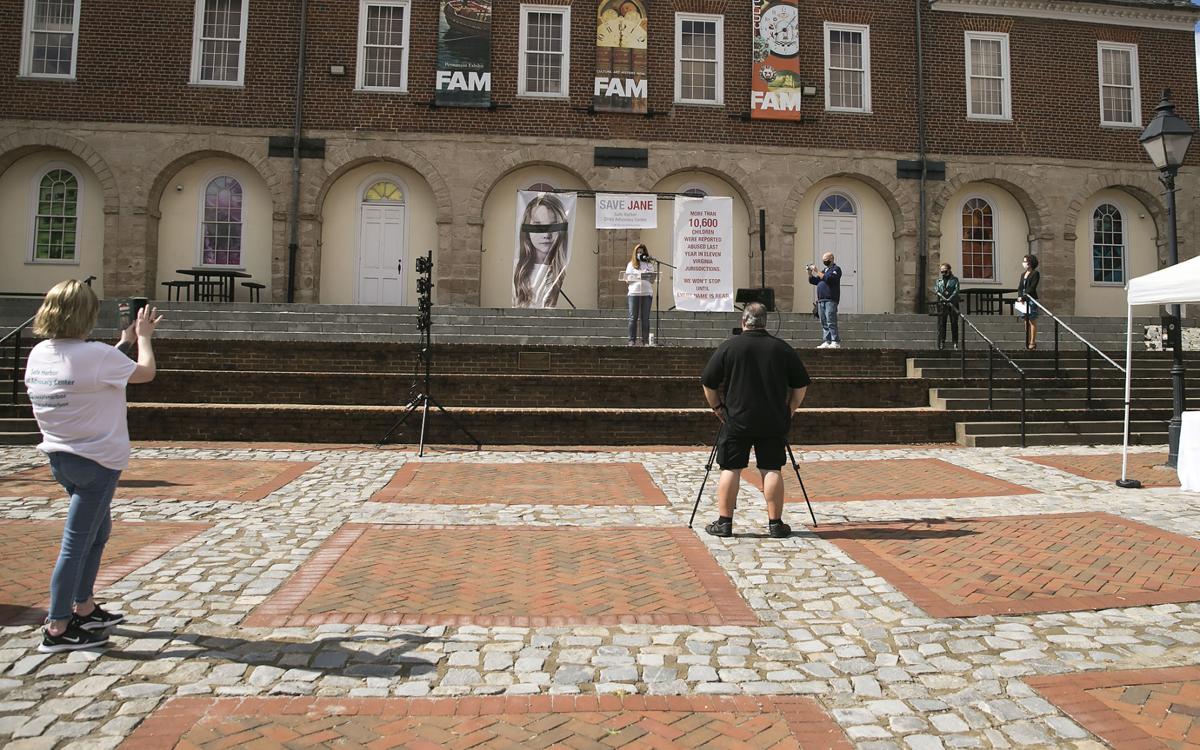 Community members read a list of 10,600 children who were alleged victims of abuse in 2019.

Starting at noon on Friday and continuing into the night, members of the Fredericksburg community spoke aloud the name of each alleged victim of child abuse reported last year—a total of 10,600 names.

Because the victims were minors, their actual names could not be revealed. Instead, the names “Jane Doe” and “John Doe” and an accompanying age were read 10,600 times—giving the “Save Jane” event its name.

The event, sponsored by the Safe Harbor Child Advocacy Center, was modeled after a similar one held in Dallas last year. It was held in Market Square in downtown Fredericksburg.

“The idea of the event is to raise awareness of the number of kids who have been reported [victims of abuse],” said Elizabeth McNally, executive director of Safe Harbor. “We refer to them as alleged victims, because at this point something has been reported but may not have been investigated.”

Child advocacy centers such as Safe Harbor coordinate the team of professionals who respond to a report of child abuse, so the child doesn’t risk being re-traumatized by having to visit multiple places and talk to multiple people about his or her experience.

Safe Harbor compiled a list of alleged victims from 2019 from the five main jurisdictions it serves—Fredericksburg and Stafford, Spotsylvania, Caroline and King George counties. The organization also pulled reports from Orange, Culpeper, Prince William, Westmoreland, Fauquier and Rappahannock counties, with which it has informal agreements.

McNally said the Fredericksburg Save Jane event was the first of its kind in Virginia.

Members of the community signed up for 10-minute slots to read names. From 12:30 to 1 p.m., readers included an employee of the Rappahannock Council Against Sexual Assault; Fredericksburg Commonwealth’s Attorney LaBravia Jenkins; and Vietta Lowe, a Fredericksburg resident and Mrs. Virginia pageant winner who runs Zaylah’s Cause, a nonprofit dedicated to helping foster children and their caregivers.

“I’m doing this for personal reasons that are very near and dear to my heart,” said Lowe. She struggled not to cry as she read “John Doe, age 7” and “Jane Doe, age 8.”

Jenkins said she wanted to participate in the event to “give voice to all of these victims in any way I can.”

Since the COVID-19 pandemic began and schools closed, reports of suspected child abuse have dropped because teachers, who are mandated reporters, are not seeing children on a daily basis.

Advocates are asking for the larger community’s help in reporting suspected abuse.

Reports of suspected child abuse can be made to local law enforcement or child protective services agency, or to the Virginia Child Abuse Hotline at 800/552-7096.

Community members read a list of 10,600 children who were alleged victims of abuse in 2019.