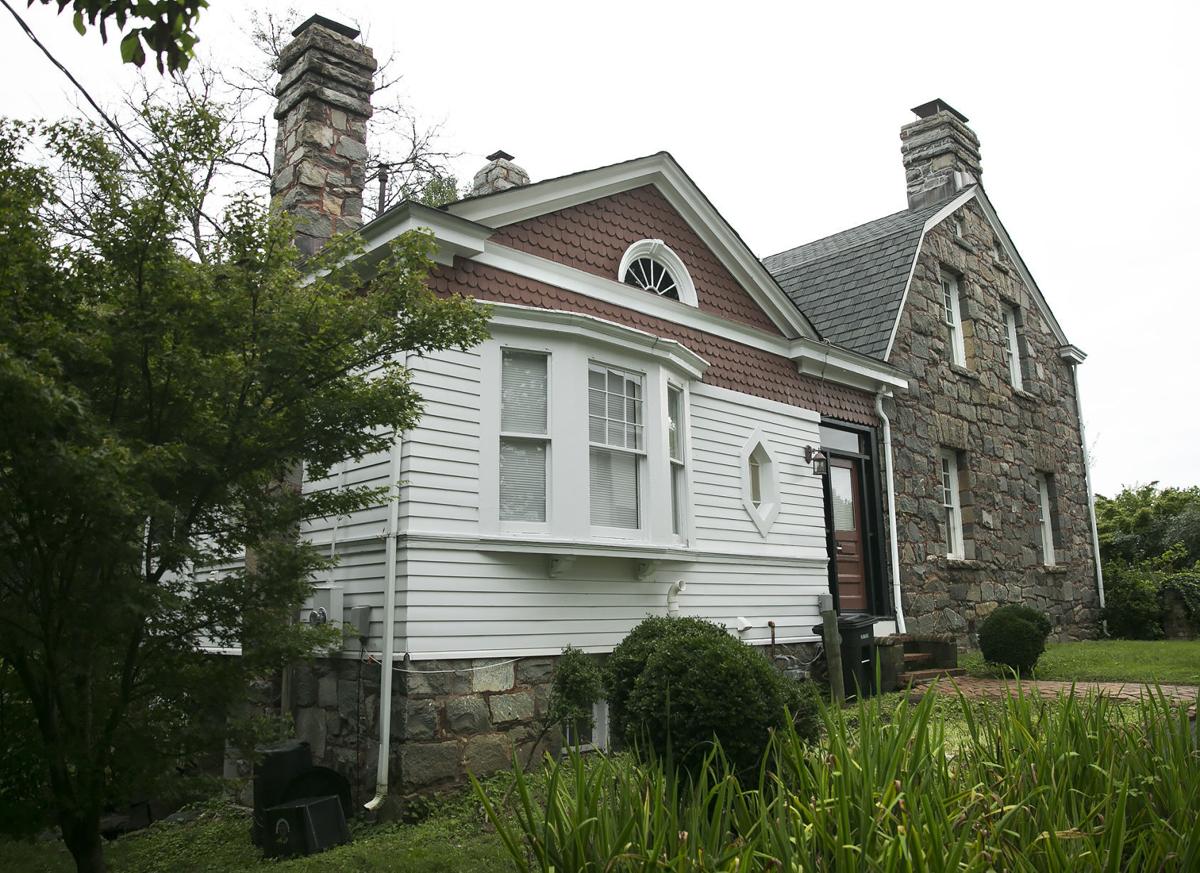 The Mary Washington Monument Park property and caretaker’s lodge were deeded to the city in 1966 to be maintained as a memorial to the first president’s mother. 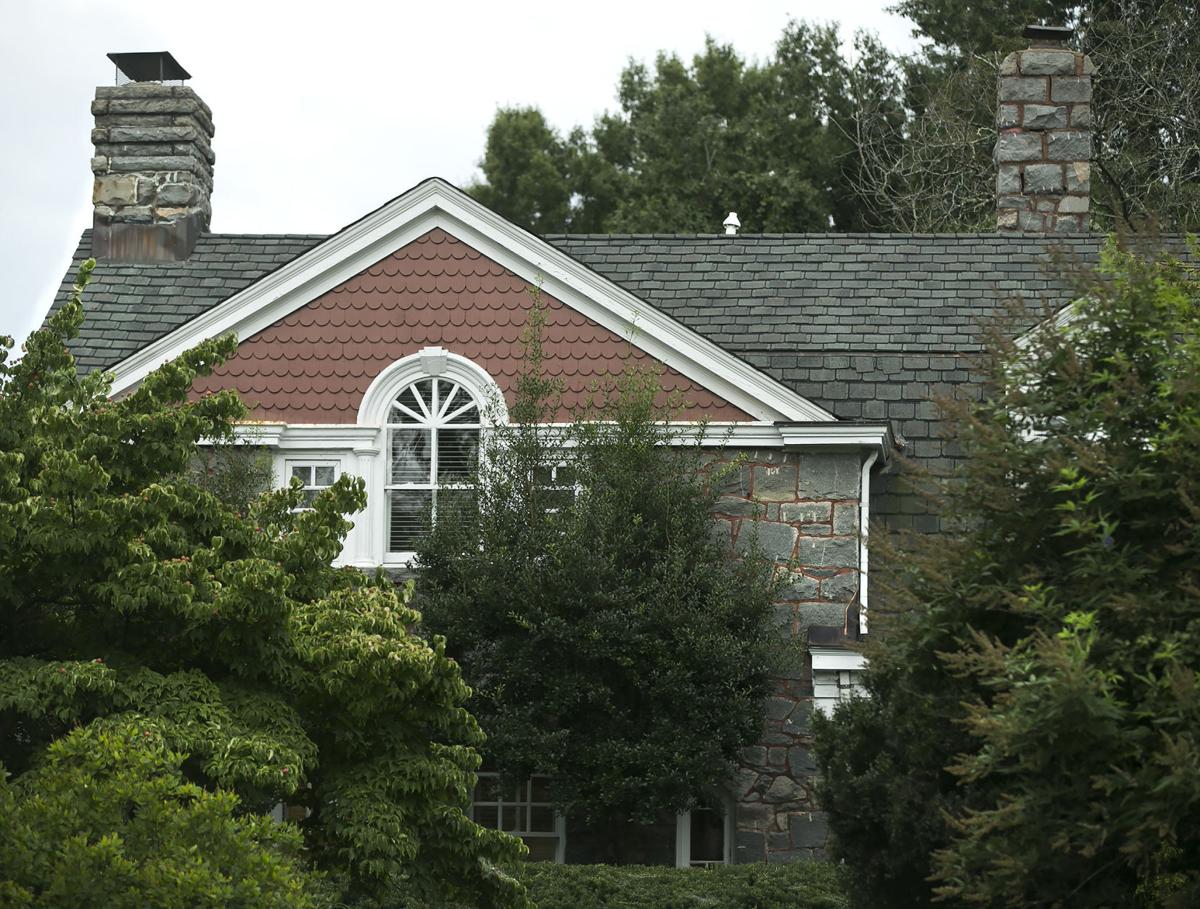 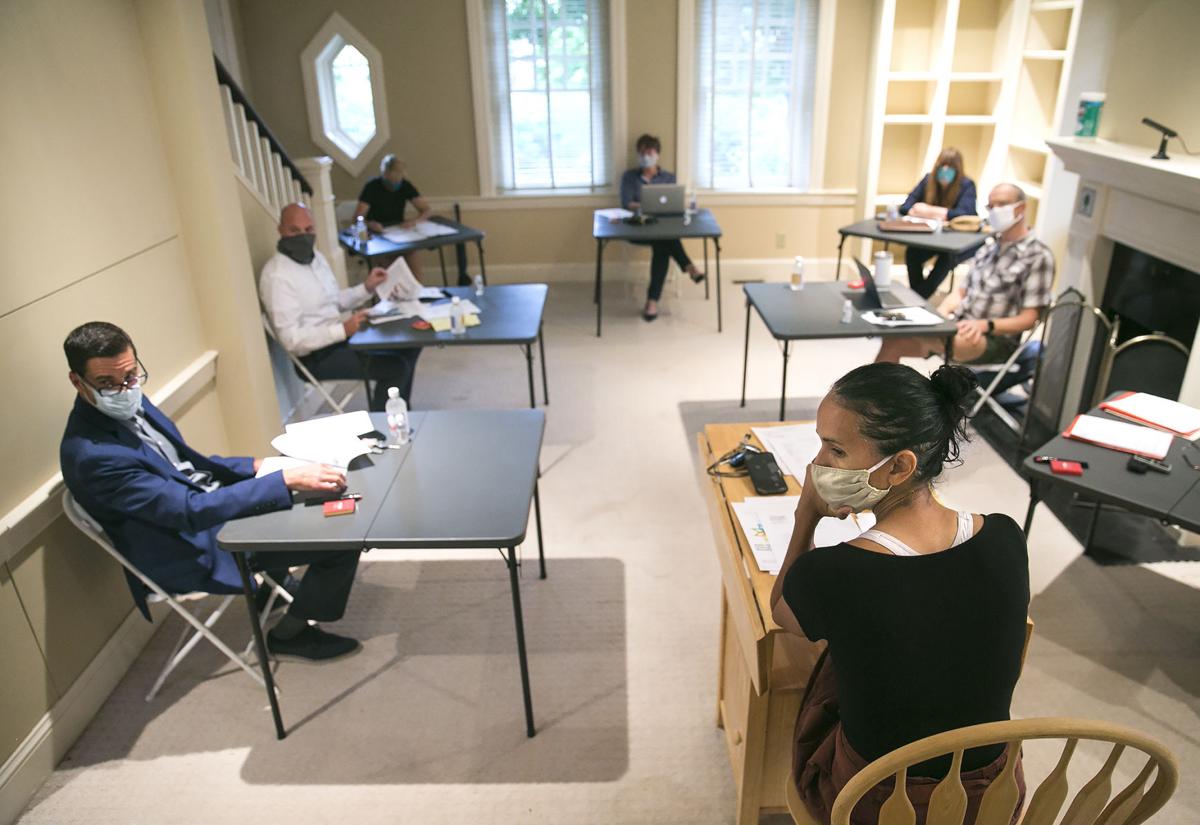 Beth Black (foreground) and other members of the Fredericksburg Economic Development Authority meet in the Mary Washington Monument’s caretaker’s cottage to discuss leasing the vacant property from the city, then finding a tenant.

Fredericksburg’s Economic Development Authority is considering a solution to the city’s conundrum over what to do with the historic Mary Washington Monument caretaker’s cottage.

Members met at the vacant Victorian-era dwelling on Washington Avenue Tuesday to tour the property and discuss the possibility of leasing it from the city and then subleasing it to a tenant. This scenario would help the city because it would no longer have to pay for maintenance, utilities and insurance, while the EDA would be able to generate revenue for its projects.

“It’s silly to have the house just sit there,” said Suzy Stone, an EDA member and local real estate agent.

She said that there’s been interest in the lodge ever since last September, when City Council voted to take the first steps toward putting it on the market to ensure its proper upkeep and perpetual use as a residence.

Beth Black, chairwoman of the EDA, asked why the city doesn’t go ahead and sell it since it is suffering a budget shortfall due to the impact COVID-19 has had on city revenues. Stone and Bill Freehling, the city’s Economic Development and Tourism director, both said that they’ve received mixed opinions from title attorneys about whether or not the lodge could be subdivided from the monument grounds and sold.

The Mary Washington Monument Park property was deeded to the city in 1966 with the understanding that all 4 acres would be kept intact as a memorial to George Washington’s mother. Members of the city’s Planning Commission and others have said that dividing the lodge from the property so it could be sold would violate that trust.

“It truly could be argued either way,” said EDA secretary Mitzi Brown, who is a lawyer. “It depends on the judge, and then the judge after that if it is appealed.”

Black asked if it would make a difference if the EDA sold the lodge. Blanton Massey, the EDA’s legal counsel, said it would face the same question about a violation of the trust.

EDA member Will McIntosh asked if the property could be rented for office use. Freehling pointed out that it was built as a residence, is in a residential neighborhood and offices aren’t an allowed use in that residential zone.

“Residential is the highest and best use [of the lodge],” Stone said.

She said that it could be rented for around $30,000 a year, and a property manager would probably want 8-11 percent of that. The EDA would also have to pick up the tab for insurance and maintenance. The heating and air conditioning system is old, and some of the window sashes need to be replaced, according to Freehling.

“What’s the ratio between heartburn and payoff?” McIntosh said. “Does the ratio make enough sense?”

EDA treasurer Lee Murray said any deal would have to be favorable to the authority. Freehling said City Council would want the EDA to take over maintenance of the property.

McIntosh suggested offering to take the property off the city’s hands in exchange for also getting the use of a floor in Executive Plaza or another space such as the Visitor Center to help provide a launching space for new businesses.

Freehling said the issue of what to do with the lodge will come before City Council again at a future meeting.

The Mary Washington Monument has the distinction of being the first monument to a woman in the United States that was paid for and erected by women. It was dedicated in 1894 in honor of the mother of George Washington, who lived the last years of her life a few blocks away from the monument site.

She visited what’s known as Meditation Rock many times to meditate and pray for the safety of her son during the American Revolution, and asked that she be buried at the site.

The city purchased the property in 1966 to resolve an ownership dispute and has owned it ever since. In the 1970s, it was leased for $1 a year to the Kenmore Association (now known as the George Washington Foundation), which agreed to pay for renovations to the neglected property. The lease, orchestrated by the association’s then-Executive Director Vernon Edenfield, was dissolved in 2012.

Three years later, the city’s Memorials Advisory Commission had recommended city officials consider selling the distinctive Victorian-era dwelling on Washington Avenue with restrictions that would preserve its historic integrity and its grounds. The cottage or lodge, as it’s also known, has been used as temporary city staff lodging, and the city has spent approximately $66,000 maintaining, outfitting and repairing it in the past few years. It has been vacant for about a year.

The Mary Washington Monument Park property and caretaker’s lodge were deeded to the city in 1966 to be maintained as a memorial to the first president’s mother.

Beth Black (foreground) and other members of the Fredericksburg Economic Development Authority meet in the Mary Washington Monument’s caretaker’s cottage to discuss leasing the vacant property from the city, then finding a tenant.