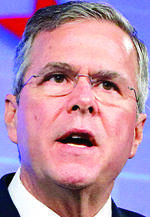 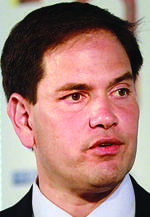 Hillary Clinton may have a tough race on her hands.

Underlying Clinton’s slip is an erosion in her favorability numbers.

In Iowa, 45 percent of voters viewed her favorably in an April 9 survey from the university, while a similar number, 47 percent, viewed her unfavorably. By July, just 33 percent viewed her favorably, with 56 percent viewing her unfavorably, a deficit of 23 points. Clinton has faced questions, especially over her use of a private email address to conduct government business as the State Department, as well as foreign donations to her family foundation.

“Do Colorado voters trust Hillary? No, they do not,” said Quinnipiac University Poll Assistant Director Tim Malloy in a press release accompanying the results. “So the door is open to a GOP candidate voters can believe in.”

Clinton is not the only candidate with problems in the three states: Independent Vermont Sen. Bernie Sanders, who is also running for the Democratic presidential nomination and polls second to Clinton in most surveys, did not fare much better against the trio of Republicans, nor did Vice President Joe Biden, who is said to be considering a run.

The survey was conducted between July 9 and 20. Quinnipiac contacted cell phones and landlines of approximately 1,200 voters in each state, producing a margin of error of 2.8 percent.

Pfizer shot expands to US children as young as 12

Councilman Matt Kelly cast the lone dissenting vote as he questioned why others on Council would make a decision more than two months before the deadline to do so by June 30.