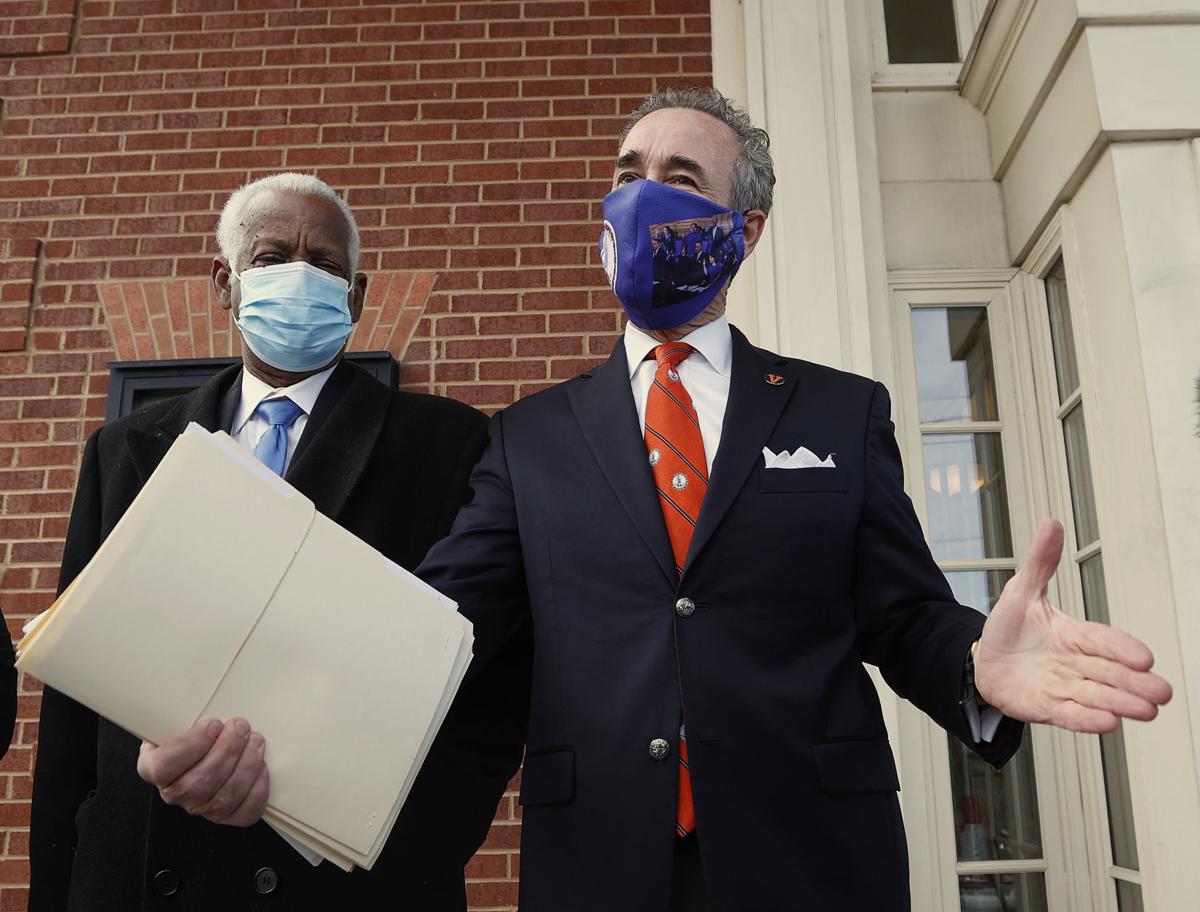 Sen. Joe Morrissey, D-Richmond, spoke with the media on Friday after three misdemeanor charges alleging violations of election law were dropped against him in Richmond Manchester General District Court. 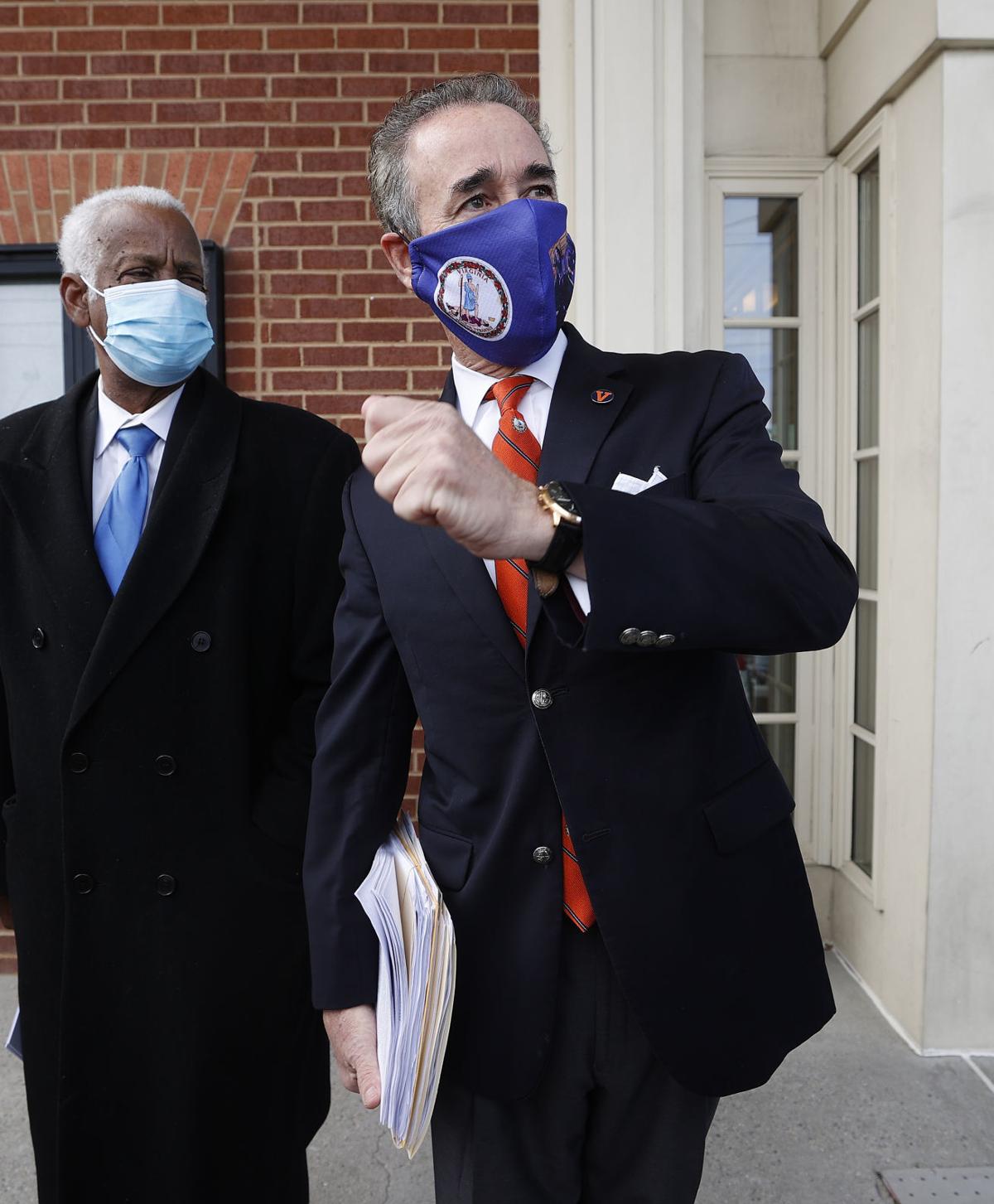 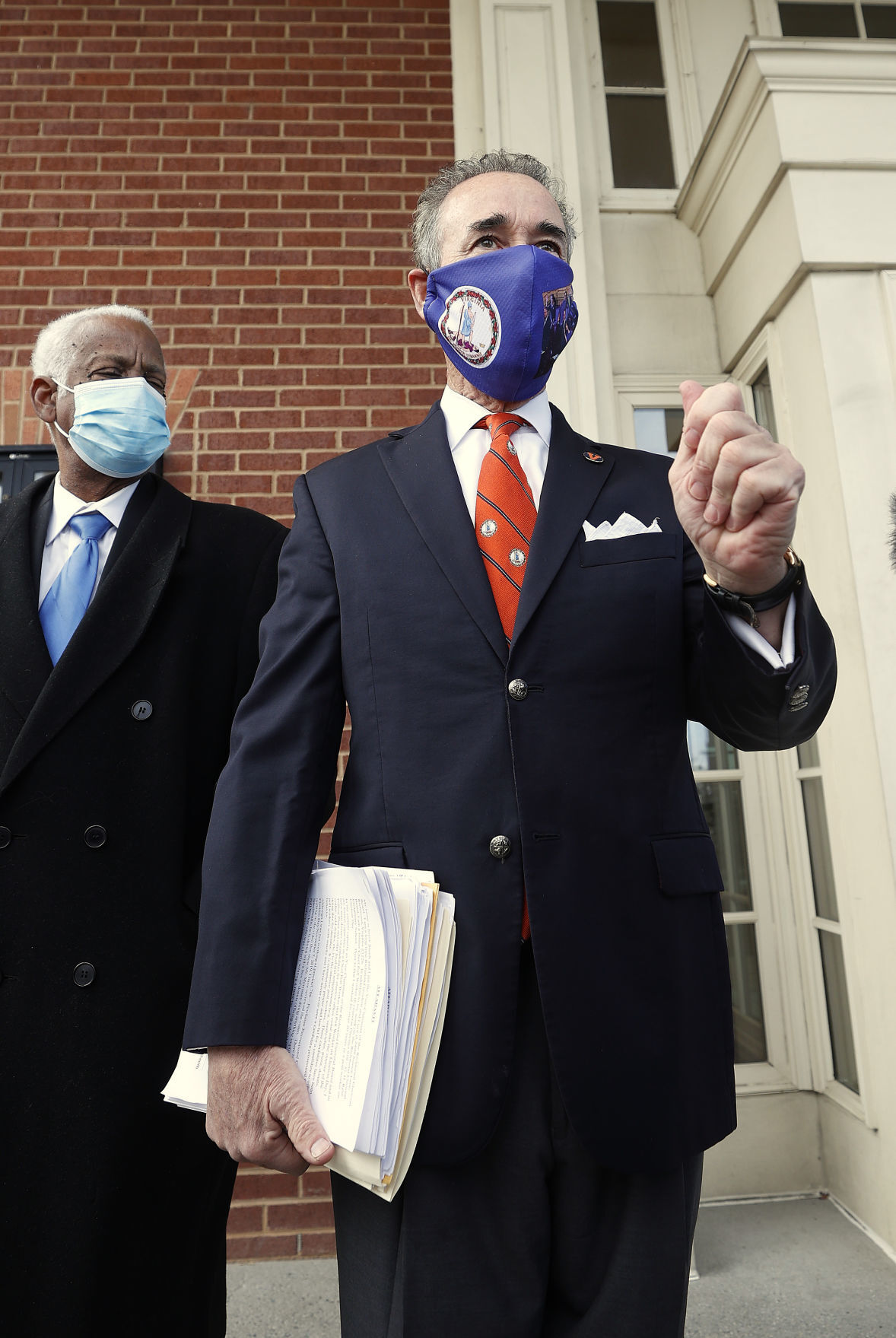 Three misdemeanor charges against state Sen. Joe Morrissey alleging violations of polling regulations after he interacted with voters and election officials inside a polling place during his 2019 election were dropped Friday.

The motion to drop the charges was the request of special prosecutor Greg Overholser, an assistant commonwealth’s attorney from New Kent County. The legal term for the maneuver is “nolle prosequi,” Latin meaning “unwilling to pursue,” which typically opens the door for the charges to be brought back if additional evidence is found. But Overholser told the court he had no intention of reasserting the charges later.

“In looking at the totality of the circumstance, the case wasn’t right for prosecution at this time,” Overholser told a reporter after the hearing.

Morrissey had filed a motion to dismiss the charges prior to Friday’s hearing based on six affidavits he had attached to the motion from poll workers and election officials saying he had done nothing that violated the law. Many of them, as well as half a dozen others, were prepared to testify on Morrissey’s behalf at Friday’s hearing.

Retired General District Court Judge Robert H. Downer, of Charlottesville, made the ruling in less than three minutes. The substitute judge was appointed last month after General District Judge David Hicks recused the entire Richmond bench from hearing the case after issues of conflict arose. Morrissey sits on the Judiciary committee that recommends judicial appointments for the General Assembly’s approval.

Morrissey has dubbed the situation “Donutgate” because he’s accused of passing out doughnuts to poll workers and voters in violation of state code. The criminal complaint also alleges that Morrissey kept voters from casting their ballots on Nov. 5, 2019, while taking photos in the Powhatan Community Center.

So here’s video of Joe Morrissey saying forget the 40 feet rule and passing out donuts to election staff AND voters INSIDE my polling location...he thanked them for their support, invited them to his election night party and then took pictures...while I had to wait to check in https://t.co/Gr60cpLDqd pic.twitter.com/b9qEaa8Gzq

“Every single interior poll worker was contacted and provided an affidavit,” Morrissey said in a statement released ahead of Friday’s hearing. “Each poll worker makes it abundantly clear that Senator Morrissey’s behavior on Election Day, November 5, 2019 was proper, legal and consistent with what every other candidate has been doing for decades.”

Five poll workers at the Powhatan Recreation Center also provided affidavits, as well as the vice chairman of the Richmond Electoral Board, Joyce Smith, who wrote: “it is completely proper and lawful for a candidate to offer poll workers with snacks and I have never ever seen a candidate prosecuted for this behavior.”

Smith was not working inside the polling place during the 2019 election, but said she reviewed videos of the interactions.

“There is absolutely nothing in the video that show Mr. Morrissey doing anything improper,” her affidavit reads.

Another elections officer said no one complained about his disrupting the voting process that day.

“The charges are outrageous and do not accurately reflect what happened at the polls that day,” according to an affidavit by Shirley Hardy Burno, the assistant chief elections officer at the Powhatan precinct.

Morrissey called the charges “frivolous” after the hearing. He also alleges that they are politically motivated, saying: “Attorney General Mark Herring authorized an investigation without doing any investigation whatsoever.”

From there, the case went to the state police and the New Kent special prosecutor, after McEachin’s office recused itself as Morrissey once headed it. It wasn’t until nearly a year later, on Nov. 30, 2020, that Morrissey was served with the summonses at his law office.

Morrissey questioned the timing of the charges and the investigation by the state police, who spoke to only one of the poll workers from which Morrissey got affidavits and, according to her affidavit, she refuted the charges at the time.

The Franklin County chapter of Black Lives Matter held a protest in front of the Rocky Mount Police Department on Sunday after learning two off-duty town officers were inside the U.S. Capitol on Wednesday during a rally and march for President Donald Trump that turned into a riot.

“I hope your businesses burn and rot in hell,” said the caller on the voicemail recording to Amazing Glazed doughnuts in Chesapeake. That was …

Residents concerned that two Rocky Mount officers were inside the U.S. Capitol during the Jan. 6 insurrection faced off with supporters of the officers outside a town council meeting Monday.

Watch Gov. Ralph Northam deliver his State of the Commonwealth address to a virtual joint session of the Virginia General Assembly on Wednesda…

Authorities said a hand grenade that killed a Virginia teenager may be one of the many explosives that were unknowingly sold at a North Carolina antique mall.

Gov. Ralph Northam along with state health and safety officials gave an update on the fight against COVID-19 in Virginia on Thursday.

After failed eleventh hour appeals, Cory Johnson was executed by injection Thursday night for the murders of seven people in Richmond in 1992.

Gov. Ralph Northam will be introducing a bill to abolish the death penalty that, if successful, would make Virginia the first Southern state to end capital punishment.

Sen. Amanda Chase, a Republican candidate for governor who has defended backers of President Donald Trump who stormed the U.S. Capitol, says Facebook has suspended her state Senate account for 60 days.

Sen. Joe Morrissey, D-Richmond, spoke with the media on Friday after three misdemeanor charges alleging violations of election law were dropped against him in Richmond Manchester General District Court.