Rams vs. Buccaneers: Updates and scores from the NFL playoffs

Va. Parole Board dismisses calls to resign amid questions about Inspector General's authority to probe its decisions
0 Comments
Share this
{{featured_button_text}}
1 of 8 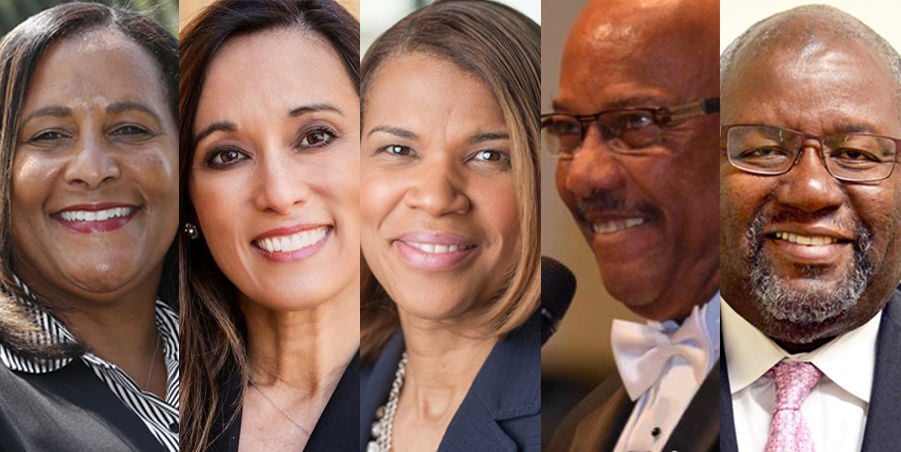 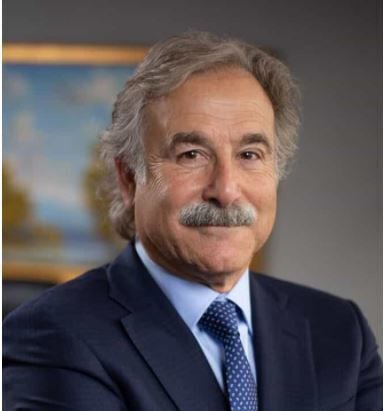 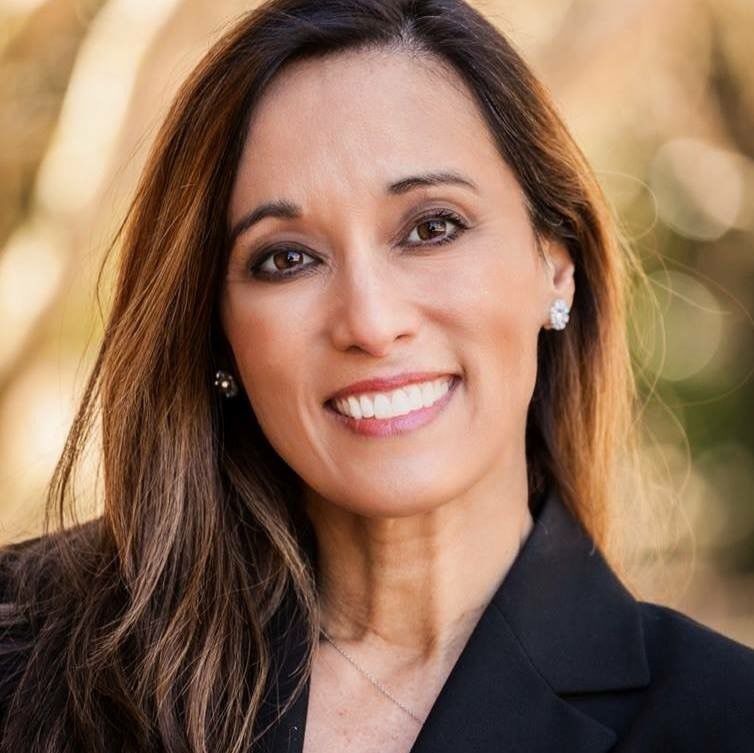 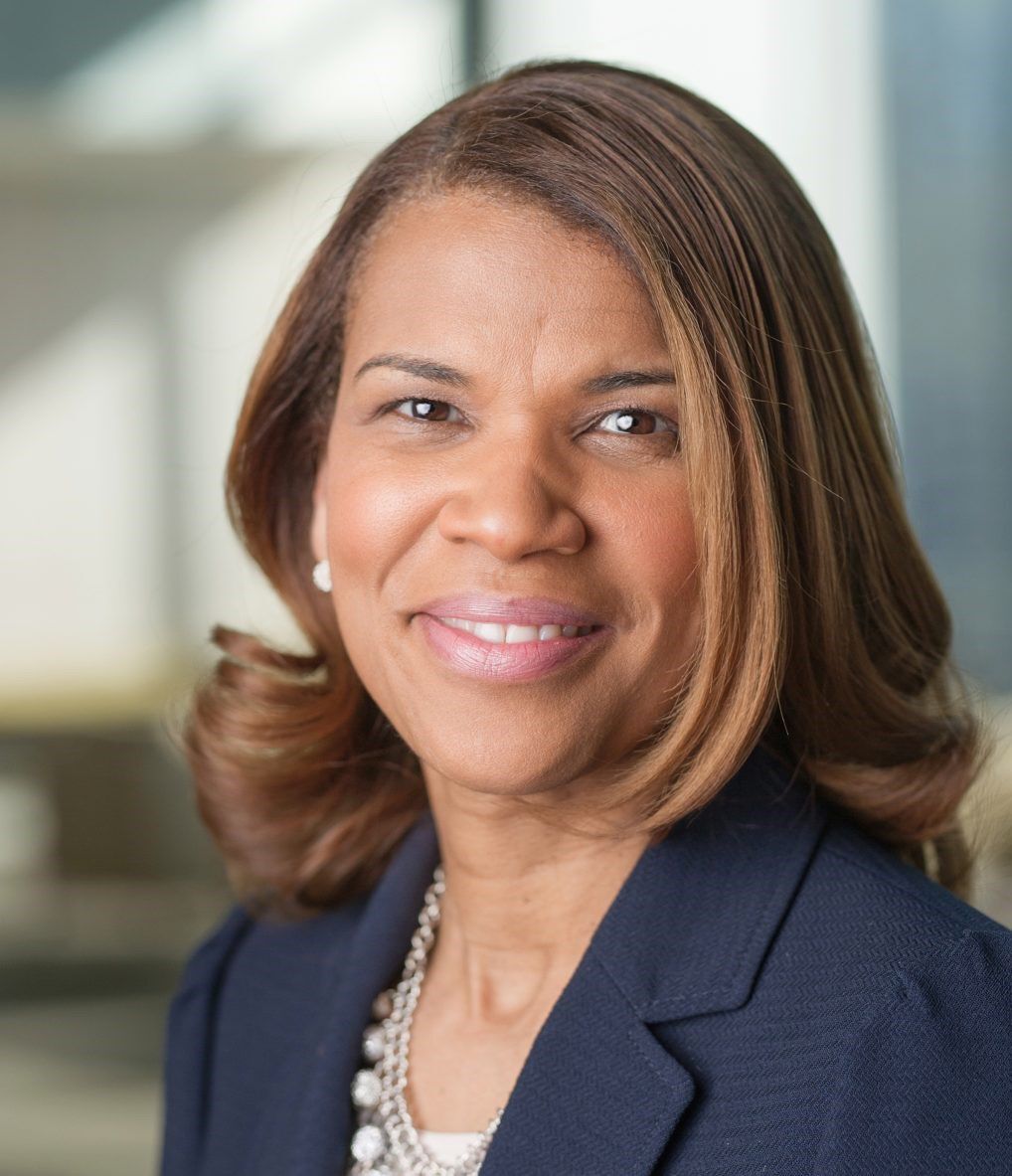 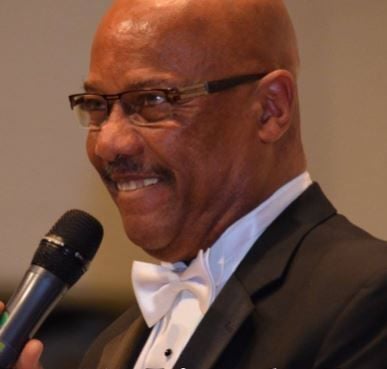 Parole Board member A. Lincoln James 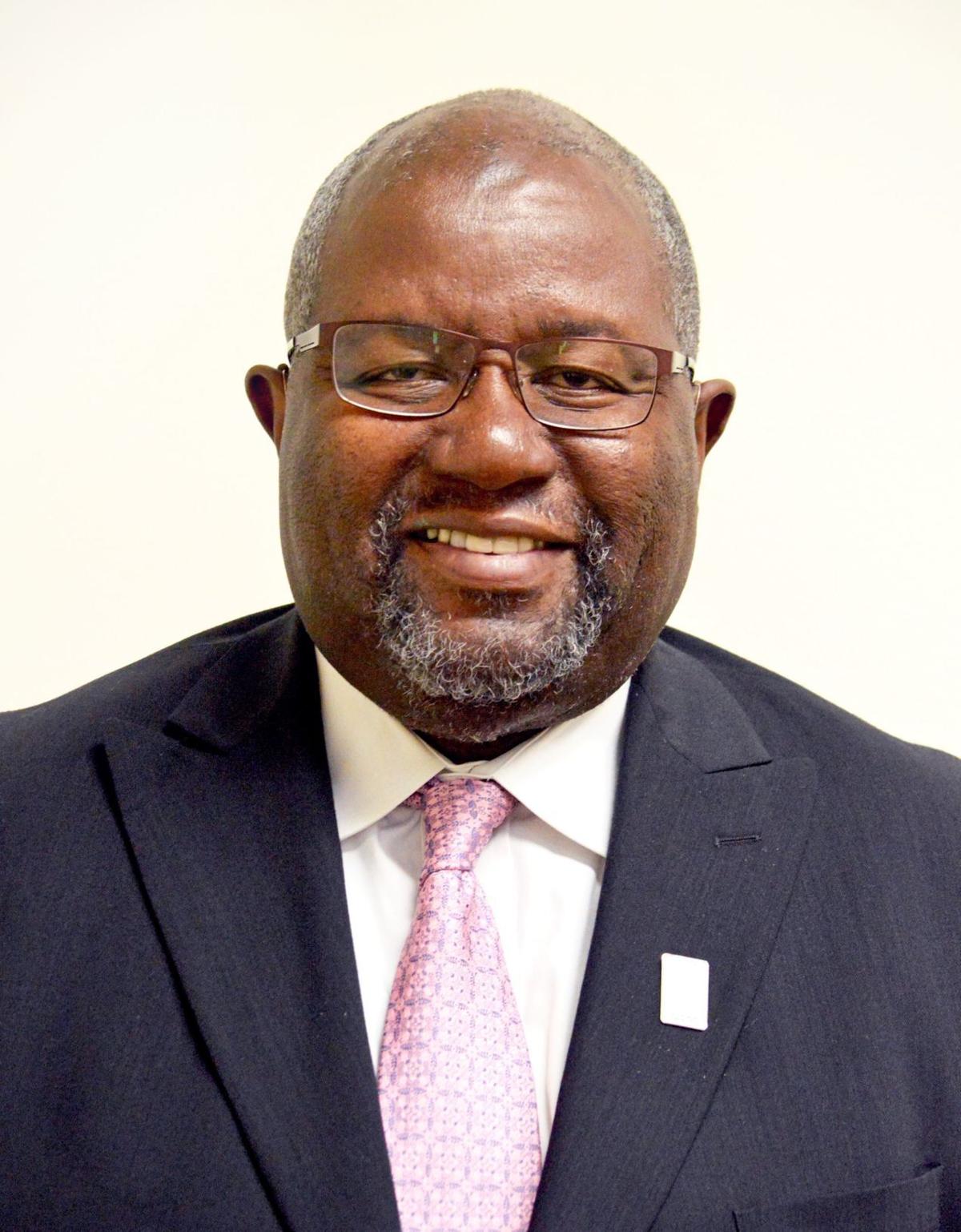 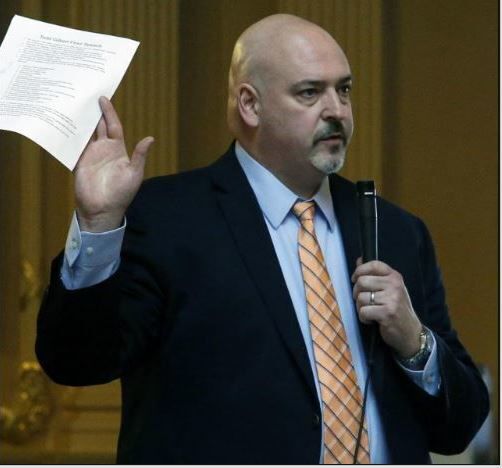 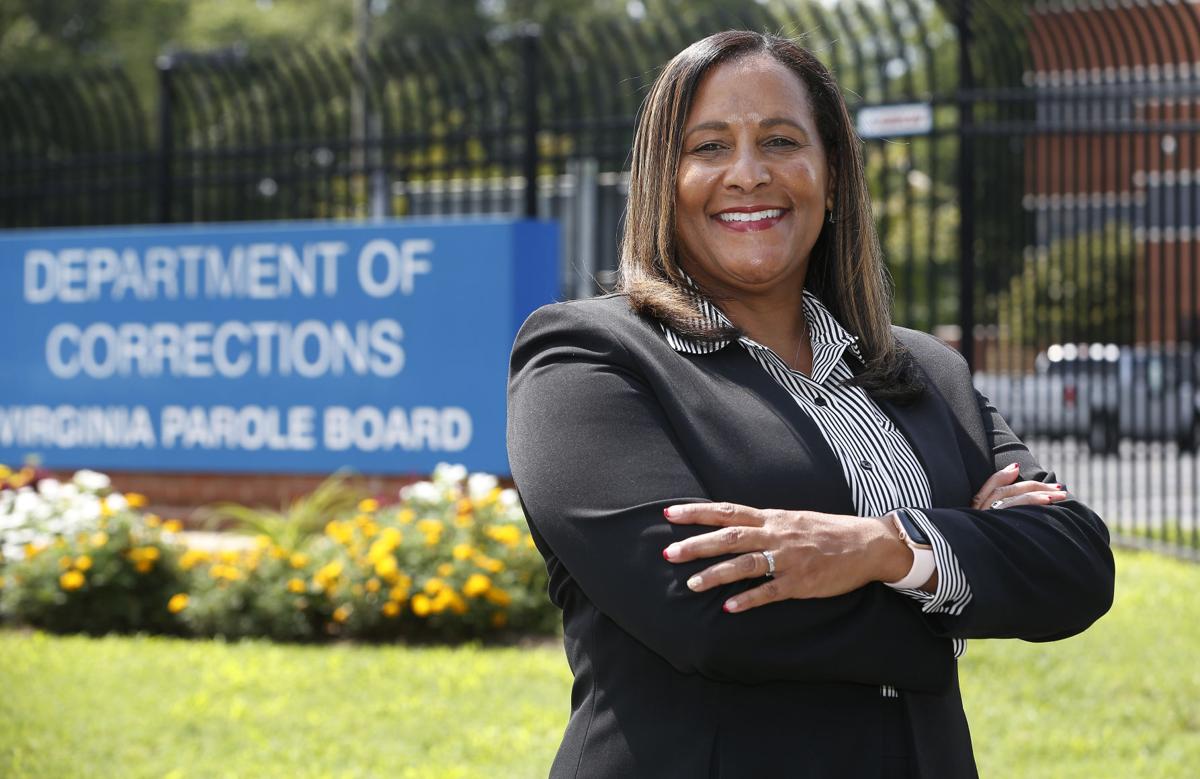 Tonya Chapman is the new chair of the Virginia Parole Board. Photo was taken on Thursday, August 20, 2020.

The Virginia Parole Board will not heed demands by top state Republican leaders to resign in the wake of a blistering report by the state Inspector General, as questions are being raised about the IG's authority and expertise to investigate the board's decision to grant parole to a man sentenced to life in prison in 1980 for killing a Richmond police officer.

Attorney Jeffrey Breit, a longtime friend and legal advisor to Gov. Ralph Northam, contends the Inspector General's Office "went way beyond the bounds" of their intended mission as a state government watchdog agency in investigating a quasi-judicial body such as the parole board.

The Inspector General's Office commenced an investigation after receiving complaints that followed public comments by several current and former state prosecutors and family members of victims who decried the panel's decisions in releasing several convicted killers - beginning with Vincent Martin, who was granted parole after serving 40 years of a life sentence in the execution-style killing of Richmond officer Michael Connors. Prosecutors and family members alleged the board failed to properly notify them and provide an opportunity to speak during the parole review process.

In her first public interview since the controversy unfolded, Board Chair Tonya Chapman said she and her colleagues have the support of the Northam administration to continue their work under "new leadership," which she described as being "more pro-public safety."

Chapman, who began work April 17 as the board's chair and was not involved in the decision to release Vincent Martin, is a former Portsmouth police chief and deputy secretary of public safety and homeland security with 30 years of law enforcement experience. Vice Chair Linda Bryant, who was elevated to the No. 2 spot on April 16, is a former Norfolk deputy commonwealth's attorney and deputy attorney general for the criminal justice and public safety division of the Virginia Attorney General's Office.

The administration "knows I understand the importance of public safety, along with Linda Bryant," Chapman said. "So they're looking at this as a new direction on the board moving forward."

Northam spokeswoman Aleana Yarmosky concurred with Chapman's assessment. "Tonya's unique background and expertise will certainly bolster that focus as the new Chair of the Board," she said in an email.

Asked whether board members had discussed resigning after the release of the report - which said the board and its former chair, Adrianne Bennett, violated state law and parole board policies in releasing Martin - Chapman said, "No, never."

It was unknown whether Bryant was one of the four parole board members to cast affirmative votes to release Martin, because the individual votes of the board are not disclosed. Board members are individually polled for their decision, and in Martin's case, a "super majority" of four votes was required because Martin was serving a life sentence; since a fifth vote was not required, that unnamed board member was not polled.

When an unredacted copy of the Inspector General's report was released Aug. 6 after top Republican lawmakers demanded it, the parole board, through Chapman, strongly disputed the findings. In a rebuttal, the board said OSIG's conclusions were based on faulty assumptions, incorrect facts, a misunderstanding of procedures and an incorrect interpretation of Virginia code.

As the Inspector General's administrative investigation proceeded earlier this year, the board gained a strong legal ally in Virginia Beach attorney and longtime Northam friend and legal advisor Jeffrey Breit, who not only questioned the OSIG's authority, but pointed to what he described as a conflict of interest in the Virginia attorney's general's office, which represented both OSIG and the Parole Board simultaneously.

"I don't think OSIG has any remote place looking behind the curtain for a quasi-judicial body such as the parole board - how they make their decisions,"said Breit, who has provided constitutional advice to Northam and former Gov. Terry McAuliffe, counseled Northam in his blackface yearbook scandal, and currently is representing Richmond Mayor Levar Stoney in his efforts to remove the city's confederate monuments.

The Inspector General's Office is "supposed to be looking at fraud, abuse and corruption and waste, and they define the types of things that they are supposed to be looking for on their own website," Breit added. "And in conversations with me and with others I know in the administration, they tried to expand the definition of abuse to incorporate the things that they put in this particular report that was released."

Breit said he was contacted to look into the matter by Bennett, the former chair, after she left April 16 to become a juvenile and domestic relations district court judge in Virginia Beach. Breit said he sent a letter to OSIG that challenged the agency to get an opinion from the attorney general's office and to explain "why they were doing what they were doing with the parole board."

Asked to respond to Breit's charge that the Inspector General's Office had no authority to investigate, OSIG spokeswoman Katharin Hourin said, "OSIG does not comment on any potential or pending investigations."

Breit said he also was concerned about what he described as the attorney general office's conflict of interest in representing both OSIG and the Parole Board. Both bodies are counseled by lawyers in the AG's division of criminal justice and public safety, lead by Deputy Attorney General Victoria Pearson.

"How can you give legal advice to sides that are obviously in opposite?" he added.

Chapman said Pearson, as deputy attorney general of the division that was providing counsel to both sides, recused herself to avoid a conflict. But Briet said that was akin to putting up a "Chinese Wall" - a virtual barrier erected to block the exchange of information between parties in an agency - after the fact.

"Once you've stepped in it, once you've gotten information from both clients, you're incapable of giving proper legal advice to any part at all," said Breit, "Which client am I choosing to help?"

The Attorney General's Office downplayed any suggestion of a conflict of interest, and declined to allow Pearson to be interviewed.

"From time to time client agencies will wind up adverse to one another and when that happens we’ll have two teams working separately from one another, which was what happened here," said AG spokeswoman Charlotte Gomer. "But ultimately this is an issue between the Office of the State Inspector General and the Parole Board."

Breit said he also was "infuriated" by the Inspector General's decision not to include in their final report any information provided to them by the parole board that he said refuted OSIG's conclusions about the board's actions.

After allegations against the Board began to surface, Chapman said she directed the board's vice chair to conduct an internal investigation to ensure to board was following state law and its own policies and procedures. The internal investigation was "done on our own accord" and the results were forwarded to Brian Moran, Virginia's Secretary of Public Safety and Homeland Security, she said.

A copy also was provided to OSIG in early May. "We sent them that to show that we were fully cooperating and had nothing to hide," Chapman said.

After the board was made aware that OSIG had commenced a formal investigation - and had identified three parole decisions, including the Martin case, that they were examining -  Chapman said she provided OSIG with relevant information about those cases.

Then on July 24, a day after Secretary Moran's office was provided a copy of the Inspector General's report, Chapman provided a point-by-point rebuttal to OSIG's findings.

Breit said he became involved in the controversy because he believes the Inspector General's Office is being used as a political weapon by state Republican leaders who are opposed to parole and any move by Democratic lawmakers to reinstate it since it was banned 25 years ago.

Discretionary parole was abolished in Virginia for felonies committed in 1995 or after, and many of the cases considered by the parole board involve felons who committed crimes before then. The also review cases involving elderly inmates, since geriatric parole is still allowed in Virginia.

Earlier this year, the Democrat-controlled General Assembly approved legislation that will allow several hundred inmates tried by juries from 1995 to 2000 to become eligible for parole.

This was prompted by a Virginia Supreme Court decision in 2000 that said juries must be told parole had been abolished, but the new rule was not made retroactive. Prior to then, if jurors asked a judge about parole they were told to not consider what might happen after a sentence has been imposed.

"I believe that all of these complaints about the Parole Board is all a Republican hit job because they don’t like the new legislation passed by Democrats this year to allow a large group of inmates to petition for parole," said Breit, who described himself as a partisan Democrat.

"It’s clear to me that Republicans, like [House Minority Leader Todd] Gilbert and [Sen. Mark] Obenshain, are trying to politicize and weaponize the Inspector Generals office," he added. "The Inspector Generals office should be free of politics and should focus on its intended purpose to eliminate corruption fraud and abuse. When the office is being used for political purposes it loses all credibility.

Contacted for a response, Gilbert was puzzled by Breit's contention that OSIG has no authority to investigate the parole board. "Clearly it fits perfectly within the mandate of the Inspector General, which is to uncover these types of transgressions by public bodies. Who else is going to do it?"

Gilbert said he and other Republicans do have concerns about the desire of state Democrats to reinstate "this broken system" of parole, and "the fact that this parole board is the vanguard of this movement" is especially troubling.

"None of [the board members] should still have their jobs, and the fact that they still do, and are trying to defend themselves, should be alarming to the public," he said.

As far as Breit's charge that Republicans have "weaponized" the Inspector General's Office, Gilbert said, "If someone is accusing me of publicizing the truth, I plead guilty, because somebody was able to uncover the truth. And the truth is this parole board broke the law and released any number of violent offenders, including several murderers, in haste - and without notice to victims and prosecutors."

Tonya Chapman talks about being the new chair of the Virginia Parole Board in Richmond, Va., on Thursday, August 20, 2020. Video by Alexa Welc…

Parole Board member A. Lincoln James

Tonya Chapman is the new chair of the Virginia Parole Board. Photo was taken on Thursday, August 20, 2020.