The topic of police reform brought about the most substantial differences among the five Democratic candidates for governor Tuesday night during their first formal debate.

As former Minneapolis police officer Derek Chauvin stands trial in the killing of George Floyd, the candidates gathered at the historically Black Virginia State University were asked to “envision the future of law enforcement in Virginia.”

Former Gov. Terry McAuliffe called for more accountability and more funding for training police officers, standing with the share of the Democratic Party that has rejected calls for divesting funding from police departments.

McAuliffe said the state needs “full accountability, full transparency and making sure that we are investing in dollars from the training.”

Former Del. Jennifer Carroll Foy of Prince William County leaned on her legislative victories during the General Assembly’s 2020 special session on police reform, when she sponsored legislation that curbed police officers’ ability to use chokeholds and backed a bill banning no-knock warrants.

Sen. Jennifer McClellan, D-Richmond, declined to talk about police, and focused instead on criminal justice reform.

Del. Lee Carter, D-Manassas, sought to stand apart from other Democrats, criticizing his own party for being too mild on police reform.

Carter said too many Democrats are “striking a bargain” with police, in which stricter rules on police also lead to increased funding for law enforcement. Carter said he wants to rethink the job that armed police officers perform.

“We’ve got to reduce the size of police in this commonwealth do what makes sense to have them doing and nothing more.”

Lt. Gov. Justin Fairfax focused his answer on the 2019 calls for his resignation that came after two women accused him of sexual assault. Fairfax said the calls for him to step down demonstrated how “African American men are presumed guilty” and “given no due process.”

“Everyone here on this stage called for my immediate resignation, including Terry McAuliffe,” Fairfax said. “He treated me like George Floyd. He treated me like Emmett Till. No due process. Immediately assumed my guilt.”

The candidates debated in person, though the encounter came with the trappings of the COVID-19 pandemic: a few feet and Plexiglas separated the five candidates, who faced a small, socially distanced audience. The debate is one of four official match-ups the party has organized between the candidates ahead of the state’s June 8 primary.

The Republican candidates, who will face off in a May 8 convention, have participated in forums held by private groups, but the Republican Party of Virginia has not scheduled any debates.

During Tuesday’s Democratic debate, the few pointed attacks were reserved for McAuliffe, whom public polling shows is leading among primary voters who have decided on their preference. About half of likely voters remain undecided.

McClellan and Carroll Foy took shots at McAuliffe over a deal on guns he struck with Republicans in 2016. The agreement protected concealed-carry reciprocity agreements with other states in exchange for some gun-control wins for Democrats, like a requirement that people surrender their firearms if they become subject to a protective order. The deal essentially reversed Attorney General Mark Herring’s move to end concealed carry reciprocity agreements with more than two dozen states.

“We have the opportunity to require all Virginians with a concealed carry permit to comply with our requirements, rather than allowing them to have concealed carry permits from states that have looser restrictions,” McClellan said. “Our Attorney General was on the right track to put us there, and Governor McAuliffe made a deal that gave that away.”

Carroll Foy was more cutting, showcasing the aggressive style her campaign has taken on in recent weeks.

“When Terry McAuliffe had the opportunity as governor to be serious about gun violence, he did a backroom deal with the NRA undermining concealed weapons laws in Virginia, making us all less safe,” Carroll Foy said.

McAuliffe defended the deal, arguing that it was a tough domestic violence bill. “There are thousands of women today who are safe because of that law.”

McAuliffe said McClellan “helped me” secure the deal, but she could be faintly heard saying, “no,” as he spoke. A spokesman for the McClellan campaign said she did not work on the deal and voted against it.

McAuliffe also took a jab during a question about the state’s parole board, which has been dogged in controversy. An investigation by the state’s executive watchdog found that the board had violated law and policy when it decided nine cases, violations that centered on releasing inmates without giving proper notice to prosecutors and victims’ family members.

McClellan said the state needs to ensure that the parole board has the resources to do its job. “Governor McAuliffe had an opportunity to put more money in place for the parole board. Unfortunately he didn’t,” she said.

“I wasn’t there when this was going on,” McAuliffe said of the current troubles with the parole board. (In January 2017 McAuliffe had appointed former board Chairwoman Adrianne Bennett, who is now a judge in Virginia Beach.)

McAuliffe and all other candidates were asked how the state should handle the issues plaguing that body, and all called for an independent investigation.

Carter took a more pointed stance, displaying the kind of party-bucking he has become known for in the legislature. Carter argued that the state’s executive branch led by Northam “has become resistant and averse to oversight” and that “there seems to be very, very little appetite” within the legislature to boost oversight with its powers.

“The party that holds the governor’s mansion tends to obstruct any efforts within the General Assembly to bring that oversight to the executive branch, so we definitely have a problem.”

The debate featured a perhaps surprising dearth of variety among the candidates on key questions related to pandemic recovery and marijuana legalization.

All candidates took jabs at the Virginia Employment Commission, which administers the state’s unemployment benefits program, for persistent backlogs that have delayed assistance.

All said they supported, in concept, ensuring that people harmed by the disparate enforcement of marijuana laws have a financial stake in the proposed legal marijuana market.

The debate was hosted by the Democratic Party of Virginia and WTVR-TV CBS 6, and moderated by Bill Fitzgerald. DPVA is sponsoring three other debates among the candidates.

A Virginia woman opened sanctuary for elderly Border Collies in Gloucester County. Then her neighbors sued.

Most of the dogs are old and most are ailing, some with a dire combination of diseases and diagnoses that leave them not long for this world.

Her daughter's body was overlooked at a crash site. A North Carolina mother wants to know why.

How was Teresa Tysinger Williams’ body missed at the wreck site? She was discovered dead in the wrecked car’s passenger’s seat nine hours later at a towing company lot.

Well-known wild horse is found dead on Outer Banks beach. Heat may have been a factor.

One of the best-known wild horses roaming North Carolina’s Outer Banks was found dead on a beach over the weekend and experts suspect heat may have been a factor. Hazel, as the horse was known, was believed to be nearly 30 years old. Her death comes when some areas of the Outer Banks have had a daily heat index near 110 degrees, according to the National Weather Service. “Hazel lived and died ...

Sen. Amanda Chase, R-Chesterfield, rallied with several dozen supporters outside the state Capitol on Monday to call for a "forensic audit" of Virginia's electoral process.

Before he started the Trump Store and decried Democrats and liberals as "evil," Franklin County Speedway owner Donald "Whitey" Taylor spent decades annoying local government officials with his publicity stunts. “The fact that it’s controversial is the only reason I like doing it,” he said.

Jen Jones with the Shenandoah LGBTQ Center in Staunton said she was “heartbroken” by the school board’s decision and thinks transgender students will now not feel safe attending Augusta County schools.

Mother of would-be Reagan assassin John Hinckley, who lived with him near Williamsburg, dies at 95

WASHINGTON — Jo Ann Hinckley, a constant companion to her son John Hinckley Jr. as the would-be assassin of President Ronald Reagan was gradua…

The trial for an Abingdon, Virginia, woman accused of killing a Palm Beach woman while dressed as a clown has been postponed to 2022.

300,000 gallons of raw sewage leaks into James River near Richmond

People and pets should avoid swimming, wading and tubing in the James River beginning today, says the Virginia Department of Health.

A 20-year-old man died after a kayak carrying him and two other passengers capsized off the coast of North Carolina, officials said. The victim, who is from Louisville, Kentucky, was kayaking in the Pamlico Sound near Cape Hatteras National Seashore’s Haulover Sound Access between the villages of Avon and Buxton, according to a news release from the National Park Service. The other two ... 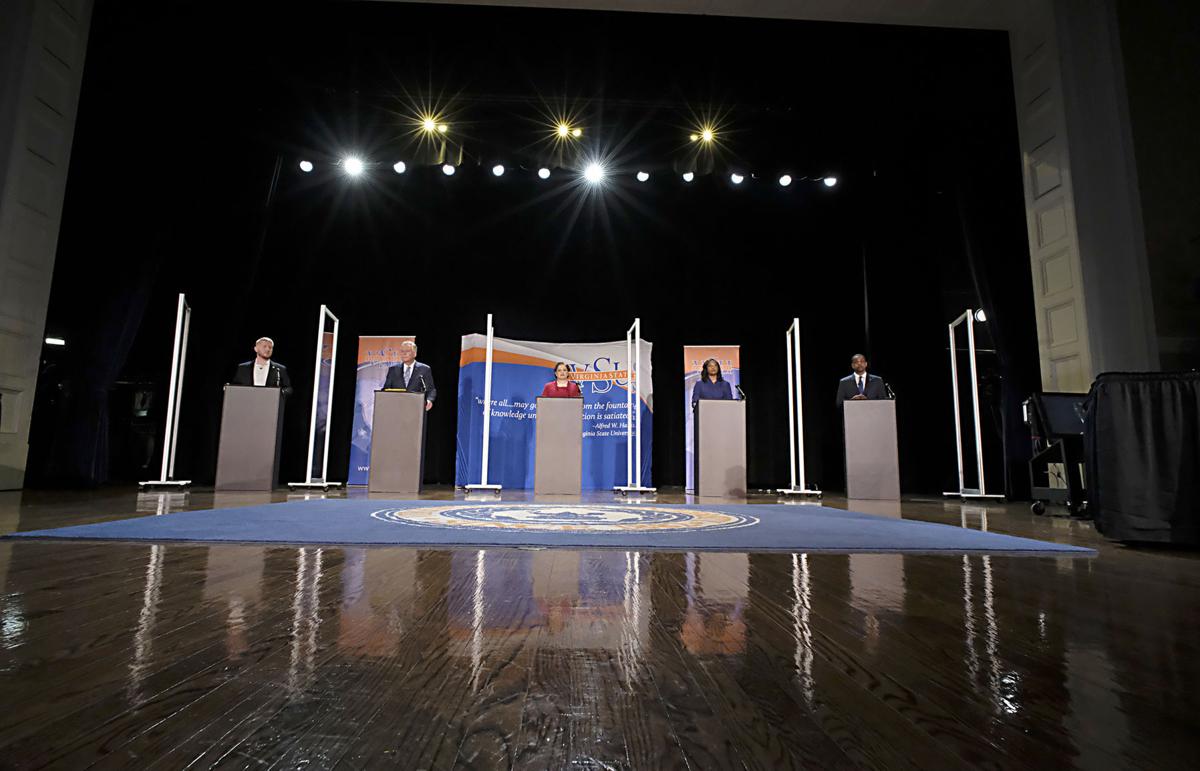 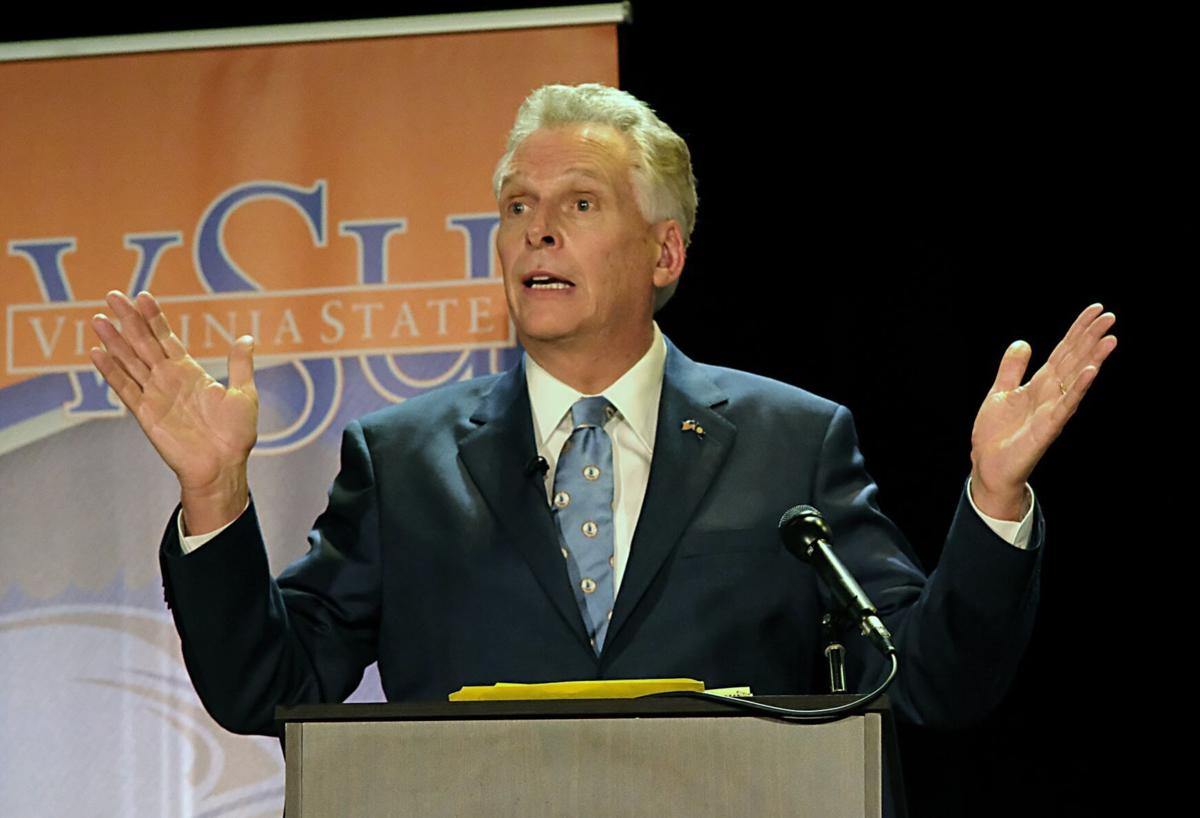 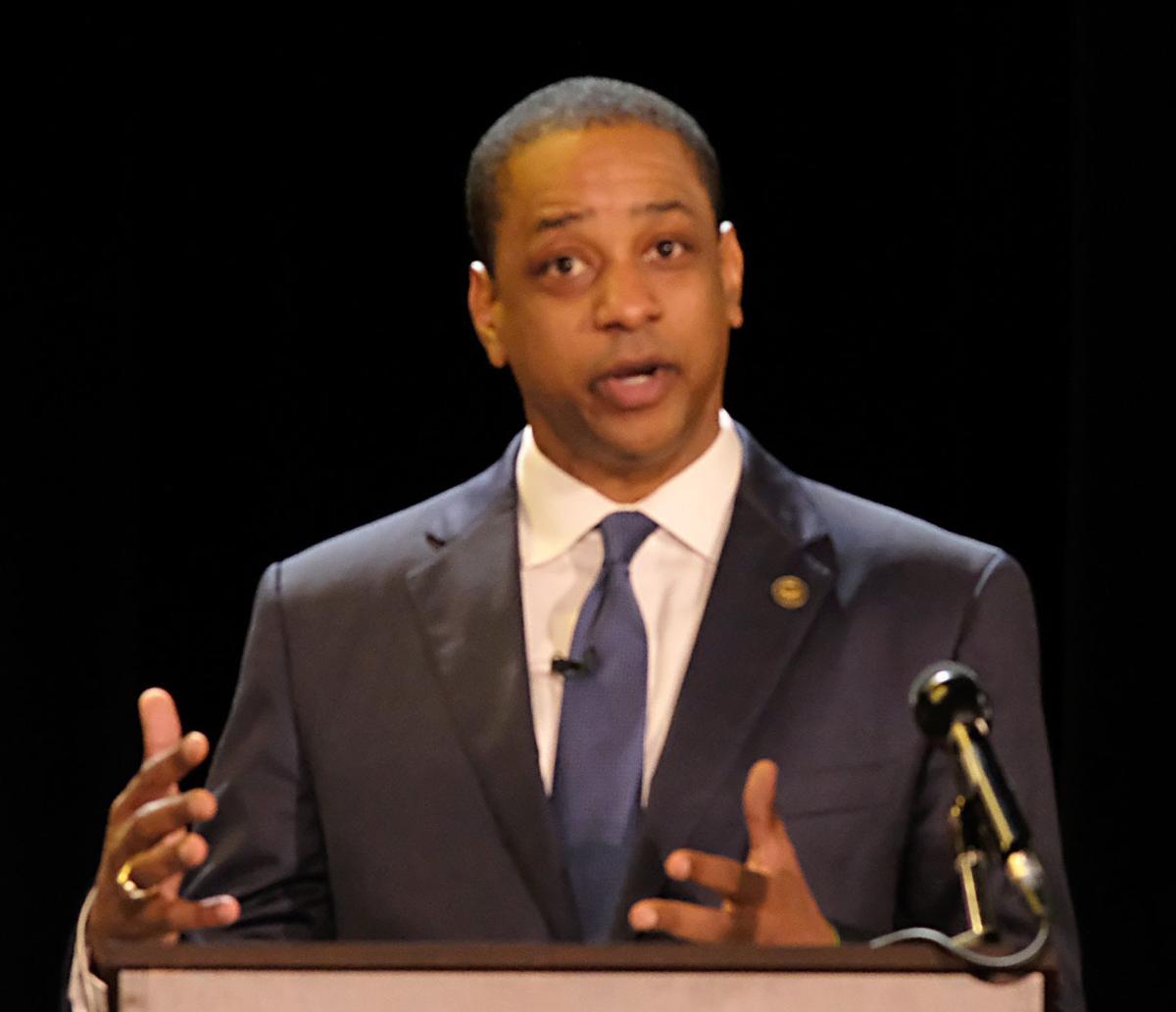 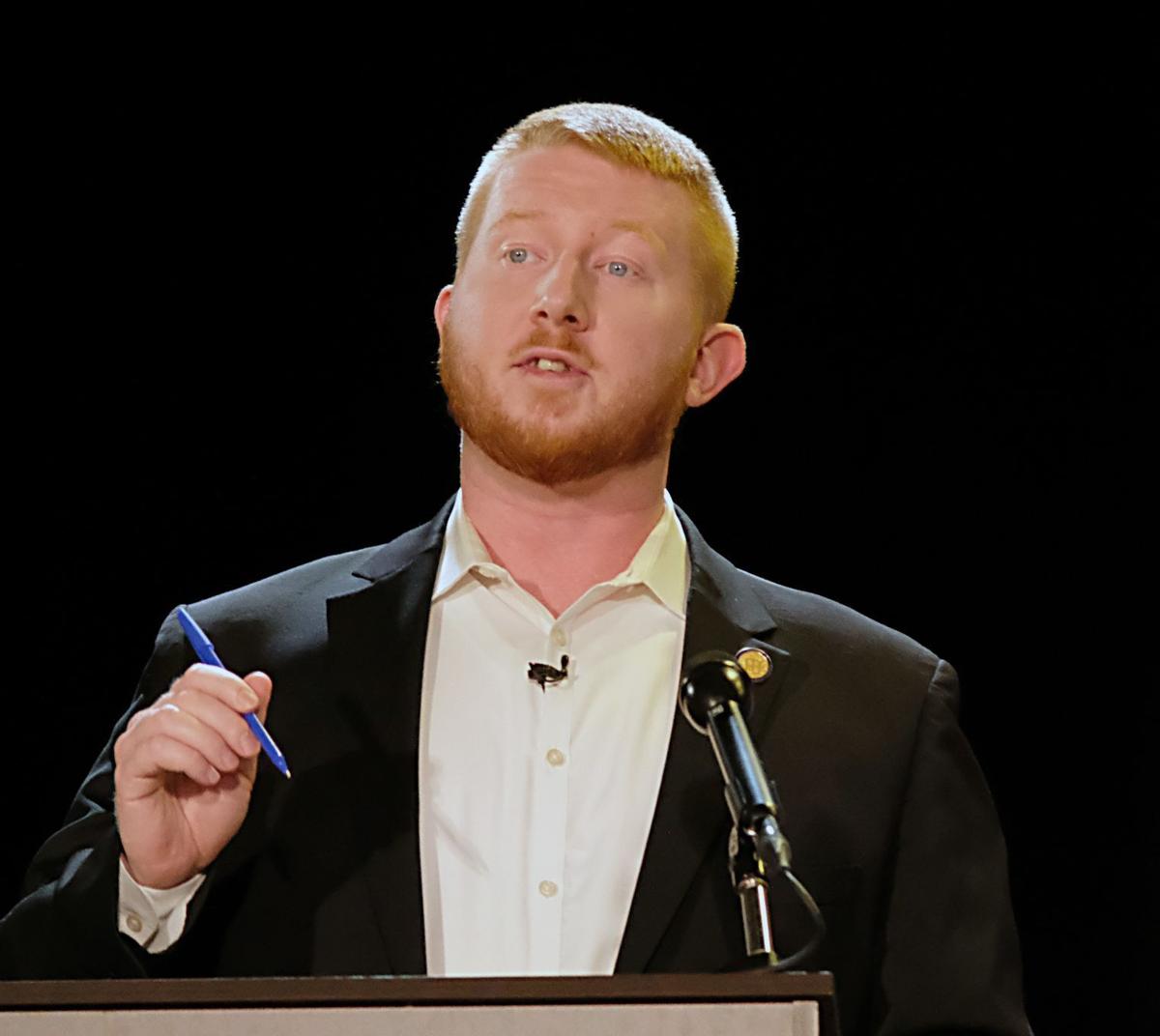 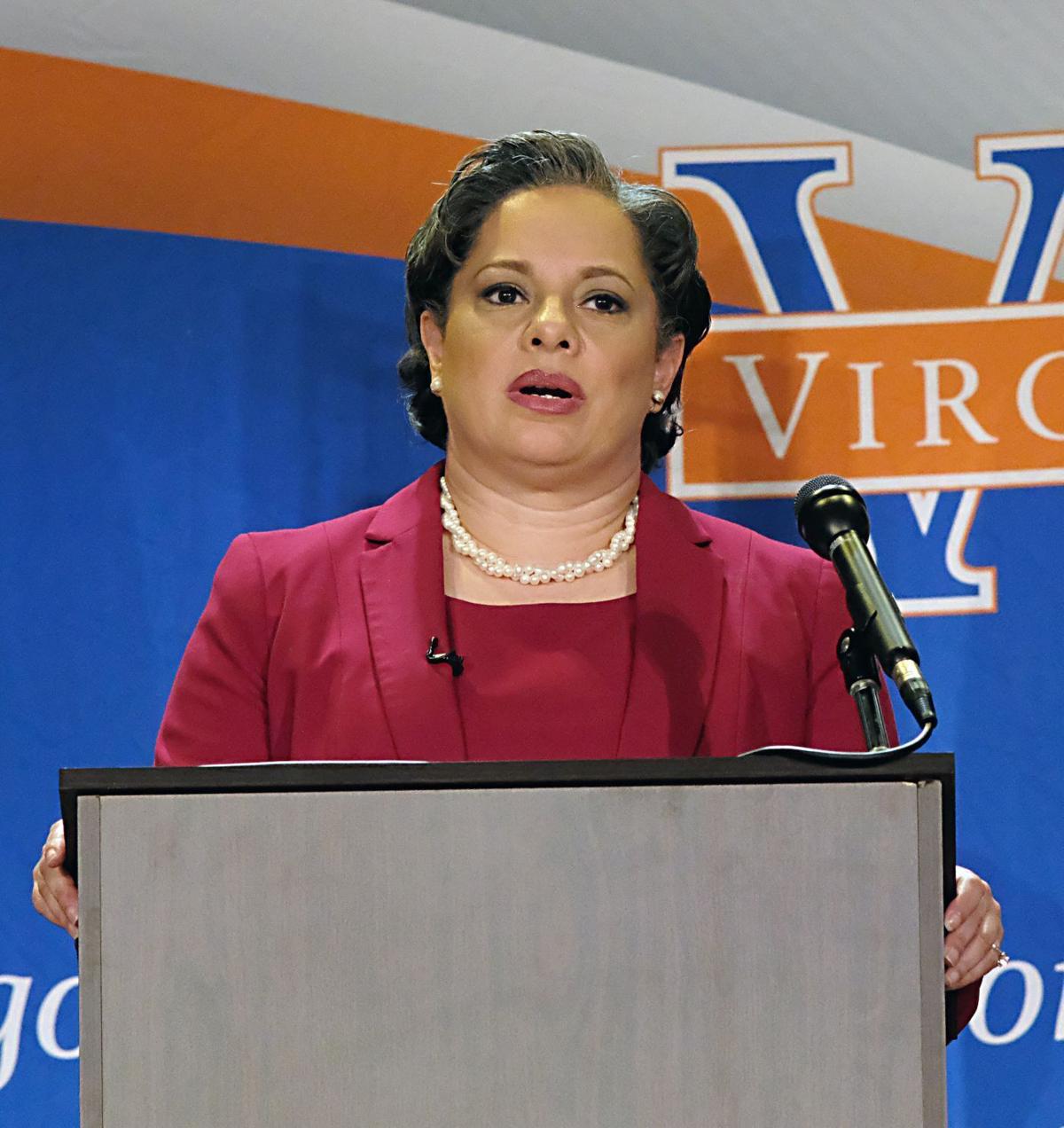 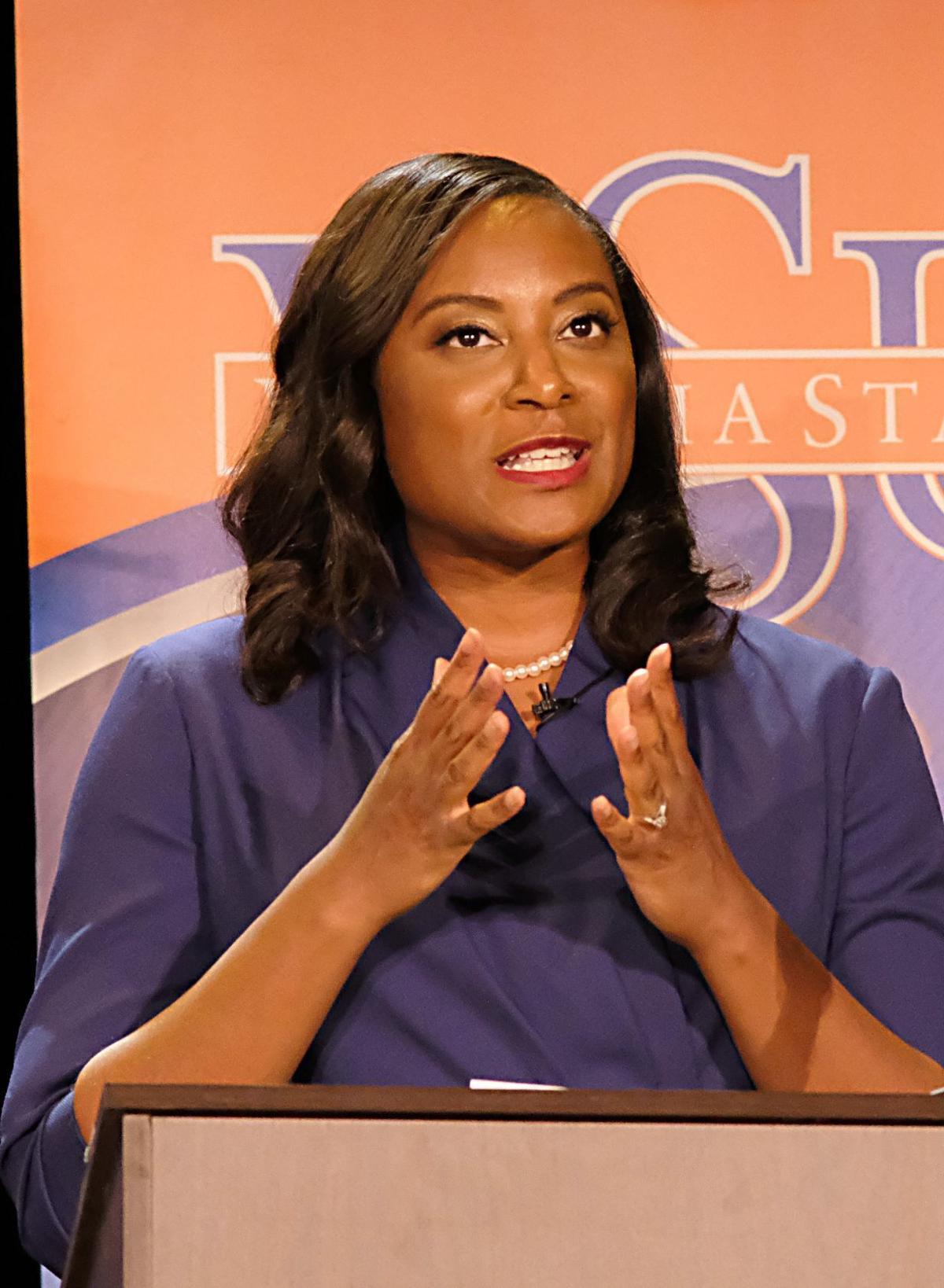