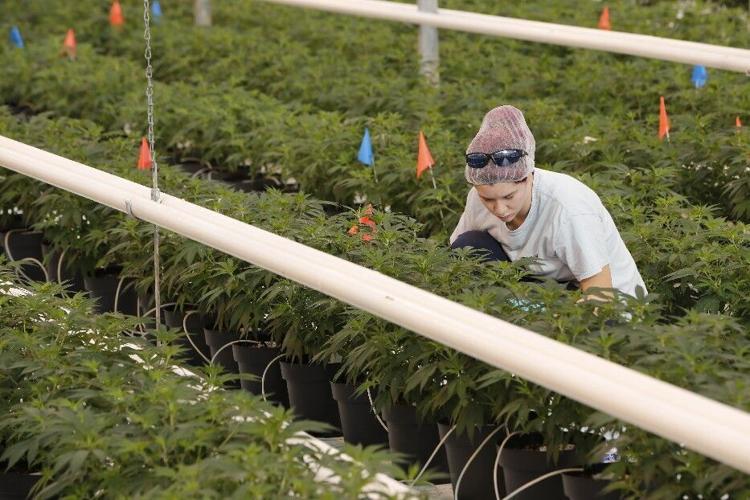 A worker tends a marijuana crop in Niagara-on-the-Lake, Ont. New York State may soon legalize the recreational use of marijuana. 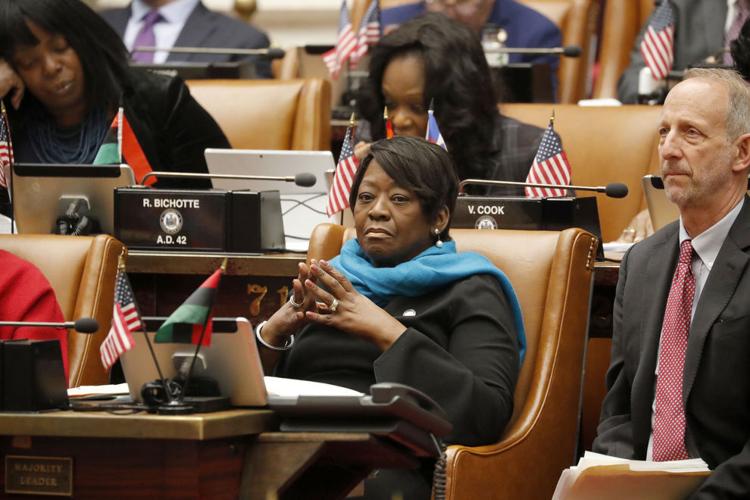 ALBANY – With a deal nearing on legalizing marijuana in New York, a major sticking point has arisen: how to enforce driving while impaired laws when there is no specific, immediate tool to detect if someone is high while behind the wheel of a motor vehicle.

“I think that’s pretty accurate. We’re trying to work through that right now," Assemblywoman Crystal Peoples-Stokes, a Buffalo Democrat, said of the Senate leader's characterization of the dispute over driving while impaired under the influence of marijuana.

It is no minor matter. Some states that have legalized marijuana reported an increase in fatal car accidents.

Democrats in control of the State Senate are said to be wanting more stringent law enforcement language on the driving while impaired disagreement.

“I’m pretty optimistic it will be resolved sooner than later," Stewart-Cousins said, adding of the driver impairment issue: “I call it an impasse … but I do think we’ll be able to resolve it." Stewart-Cousins is a legalization supporter who believes a deal will help end racial disparities in how law enforcement treats marijuana laws over the decades and provide economic development opportunities in some low-income communities.

Peoples-Stokes, in an interview Tuesday afternoon, said she wasn’t sure what the Senate Democratic position is on the law enforcement issue.

Asked what the Assembly Democratic position is, Peoples-Stokes said: “We’re working on that now."

She said Assembly Democrats are trying to resolve how the law will be enforced if someone is driving impaired while under the influence.

Part of the question, sources have said, is what evidence can be used if a police officer pulls over a car that has not been involved in an accident and suspects marijuana has been used by the driver or other occupants, such as by detecting the drug’s odor from smoking it.

“We don’t have a Breathalyzer for marijuana so we have to figure out how to enforce the law without that," said Peoples-Stokes, who is the Assembly sponsor of the marijuana legalization bill.

Opponents say a number of Senate and Assembly Democrats have expressed reservations about the traffic enforcement issue. Democrats hold supermajority status in both houses.

“It’s a big issue to tackle," said Kyle McCauley Belokopitsky, executive director of the New York Parents and Teachers Association, which opposes the bill along with trade groups representing doctors and other health professions as well as various law enforcement organizations.

“This is a big issue in other states and nobody knows how to handle it," she added.

The marijuana legalization matter has been made more complicated by a lack of person-to-person access by groups on both sides of the issue. The State Capitol has been closed since last spring to visitors – including lobbyists – because of Covid-19 concerns.

McCauley Belokopitsky, in her 23 sessions lobbying at the Capitol, said opponents can’t make their case at the Capitol by holding in-person events or chasing down lawmakers to state their case. “My colleagues on this issue have felt very restrained this year trying to lobby when we can’t hang out in the hallways and legislators can avoid you if they like," she said.

Proponents believe they are now closer to a marijuana deal than over many years of lobbying.

The past two years, the matter has died mainly over a dispute about where the tax revenues raised through marijuana sales will go. Democrats in the Legislature have insisted that much of the money go to low-income communities hit hardest by the nation’s war on drugs that have contributed to more than an estimated 800,000 arrests of minorities. They want money dedicated for those neighborhoods for everything from extra health care to job creation initiatives.

This year, Gov. Andrew M. Cuomo, who didn’t want to be hamstrung by dedicating specific tax revenues to specific causes, blinked. He proposed $100 million of marijuana tax revenues be earmarked for a “social equity” fund starting sometime in the state’s 2022 fiscal year, dropping to $50 million after four years.

Asked how her demand for the earmarked funding is resolved in marijuana talks so far, Peoples-Stokes said: “That’s fine." Asked specifically how, she said: “I can’t negotiate in the media right now.”

If a deal is struck, it could be 18 to 24 months before any legal marijuana sales will occur in New York. That’s largely because Cuomo has proposed a complex regulatory system that calls for the creation of a new state office that will have to determine everything from potency of the drug that can be sold to where retail stores will locate to what companies get to grow and distribute the drug.

A Cuomo spokesman was asked Tuesday afternoon if the administration has anything to say on the issue beyond the governor’s remarks yesterday that the sides are close to a deal. The spokesman did not respond.

A Siena College poll released Monday found New York voters by a 59%-33% margin support the legalization of marijuana sales and its use by adults.

A three-way deal – between the Senate, Assembly and Gov. Andrew M. Cuomo – has not been announced on any of the components and won’t be, by tradition anyway, until all the elements are negotiated and resolved.

Heastie, who received his first dose of the Covid-19 vaccine March 6, said he has been experiencing “extremely mild” symptoms.

As New York budget bargaining begins, which Cuomo will be in the room?

Will the governor look to placate lawmakers or be tough-guy Cuomo, personally angered by the abandonment and sharp rebukes of so many?

The Assembly’s chief sponsor of a multiyear effort to legalize marijuana in New York says a deal with the Senate and the governor could be made soon.

There's no breath test for drugs. Here's how police detect driving while high

Gas prices fall below $4 per gallon

Gas prices fall below $4 per gallon

A worker tends a marijuana crop in Niagara-on-the-Lake, Ont. New York State may soon legalize the recreational use of marijuana.