The National Rifle Association on Thursday declined to endorse Republican Glenn Youngkin in the Virginia governor’s race, even as it endorsed the two other candidates on the party’s statewide ticket.

The NRA issued endorsements for Winsome Sears, the GOP’s nominee for lieutenant governor, and Del. Jason Miyares of Virginia Beach, the party’s nominee for attorney general, both of whom had received top ratings from the gun lobbying group. The group was mum on Youngkin.

“On behalf of NRA members across the Commonwealth, @NRAPVF is proud to endorse @JasonMiyaresVA for attorney general and @WinsomeSears for lieutenant governor of Virginia,” the gun rights group said in a tweet Thursday afternoon, referring to the NRA Political Victory Fund.

Youngkin has so far declined to complete a candidate questionnaire issued by the advocacy group, which asks candidates questions on topics like banning assault weapons and limiting handgun purchases. Traditionally, the survey has been considered part of the NRA’s endorsement process, which, among other things, includes promotion among its grassroots network.

Youngkin’s campaign, reached for comment, did not directly address the NRA’s endorsement but said Youngkin “will work to make it harder for criminals to get guns.”

The NRA declined to comment on Youngkin on Thursday.

In recent decades the NRA has consistently endorsed or supported Virginia’s Republican nominees for governor. In 2001, the group did not make a formal endorsement but signaled that it found Republican Mark Earley “clearly a better candidate for Virginia’s NRA members” than Democrat Mark Warner. The former state attorney general’s support for the bill that limited handgun purchases to one a month might have cost him the group’s formal nod.

Youngkin frequently talks about his support for the Second Amendment during campaign stops, and during an April appearance he described himself as a “lifetime member of the NRA.” But, on this issue and others, Youngkin has declined to give specifics about his policy stances, prompting the NRA last spring to give him a “?” ranking as it gave high marks to other Republicans seeking the party’s nomination.

Youngkin, a former private equity executive, is running against former Gov. Terry McAuliffe, the Democratic nominee, seeking to become the first Republican elected to statewide office since 2009. Political analysts say Youngkin may be trying to build a coalition that includes ardent Republicans, including gun rights advocates, as well as more moderate voters who may support some gun control measures.

Back in the spring when the NRA released its ratings for candidates seeking the GOP nomination, Youngkin’s campaign said that the candidate is a gun owner who would defend Virginians’ Second Amendment rights. “Politicians love to fill out surveys, but just like President Trump, Glenn isn’t a politician and isn’t spending all his time filling out surveys.”

On Thursday, the NRA tweeted out an image of Sears, a veteran of the U.S. Marine Corps, holding what appears to be an assault-style rifle. The photo is similar to an image on her Facebook page that is paired with the wording: “Battle tested conservative. Semper Fi.”

McAuliffe on Wednesday hosted a roundtable discussion about gun violence prevention, promising that if elected, he will create a state body dedicated solely to the issue.

During the Democratic primary, McAuliffe threw his support behind a push to ban the sale of assault-style weapons and high-capacity magazines. The proposal drew fervent criticism from gun control opponents and ultimately failed in the Democratic-controlled Senate in early 2020.

McAuliffe’s gun control policy plan also proposes banning ghost guns, or guns assembled at the home of the user, which don’t have to be registered with the government and are not subject to background checks.

Youngkin has not released details on his policy plans for gun control, public safety or criminal justice.

Reached for comment on the NRA’s endorsements, Youngkin spokesperson Matt Wolking said: “Terry McAuliffe may want to confiscate legally owned firearms now, but as governor he made it easier for felons to get guns. When Glenn Youngkin is governor, he will work to make it harder for criminals to get guns, not easier.”

Wolking pointed to McAuliffe’s decision to automatically restore the voting rights of more than 200,000 people convicted of felonies in Virginia — an order that was eventually struck down by the courts. The order did away with an application and review process by the executive branch of each felon seeking to have their rights restored. People hoping to have restored the right to own a firearm still had to petition the courts, but prosecutors at the time said the system relied on the executive branch’s review of each felon to make the decision.

Wolking did not specifically address the NRA’s endorsement, nor did he respond to a question about Youngkin’s stances on gun control and Second Amendment rights, including whether he supports banning assault weapons.

Democratic Party of Virginia spokesman Manuel Bonder said that even without the NRA’s nod, Youngkin presents a threat to Democrats’ gun measures.

Youngkin declined to participate in a debate hosted by the Virginia Bar Association that was scheduled for this coming Saturday. The debate had hosted every candidate for governor from the major parties since 1985.

Youngkin, through his campaign, has said he will participate in three debates. McAuliffe has agreed to participate in five, including the VBA encounter. So far the two campaigns have agreed on one invitation, a Sept. 16 debate organized by the Appalachian School of Law.

In comments to the Richmond Times-Dispatch last week, political observer Karen Hult, a professor at Virginia Tech’s Center for Public Administration & Policy, said Youngkin’s withdrawal from the debate and reluctance to offer details may be prompted by a desire to not alienate possible supporters “from differing parts of the Republican Party and among independents and conservative/moderate Democrats.”

“That sort of risk-averse strategy makes sense, especially during a time when rather few voters are paying much attention — but when former President Trump and his intense supporters are likely to be.”

Meanwhile, University of Richmond political observer Carl Tobias said uncertainty and mystery may prompt some likely Youngkin supporters to instead back McAuliffe or sit out the race.

“At least you have a known quantity, love him or hate him,” Tobias said of McAuliffe.

Jenkins, 68, had been battling COVID-19-induced double pneumonia that ultimately led to kidney failure.

Virginia Beach woman gets 12 years for what could be biggest coupon scheme in U.S. history

It was described in court papers as possibly the biggest counterfeit coupon scheme in history, costing about 100 retailers and manufacturers more than $31 million in losses. And the mastermind behind it all? A Virginia Beach entrepreneur and mother of three who’d been designing and printing the highly realistic coupons from her home computer for years. On Tuesday, Lori Ann Villanueva Talens ...

Authorities are seeking to have a 14-year-old youth charged with the murder of 13-year-old Lucia Bremer in Henrico County last March transferred from juvenile court to Circuit Court for trial as an adult.

'This is the new Danville.' Architectural design of casino — featuring iconic smokestacks — revealed in ceremony

The $500 million resort is expected to break ground by the end of the year.

WOODLAWN, Md. — After almost 45 years to the day that police found her body dumped near a cemetery, Baltimore County police said Wednesday tha…

Virginians with smartphones can now show they’re vaccinated without a card by displaying a QR code when employers or businesses require proof.

Two children injured in Virginia after ATV crash with Jeep

Jason Lail was healthy before he got COVID-19. He loved to hunt and fish. He played with his children. He had no medical conditions.

30 Richmond employees are on unpaid leave for not complying with vaccine mandate; 360 applied for exemption

About 10% of Richmond city employees will not be required to get a COVID-19 vaccine after applying for an exemption to the city’s shot mandate.

Sovah Health was treating 49 patients across both the Danville and Martinsville facilities on Wednesday. 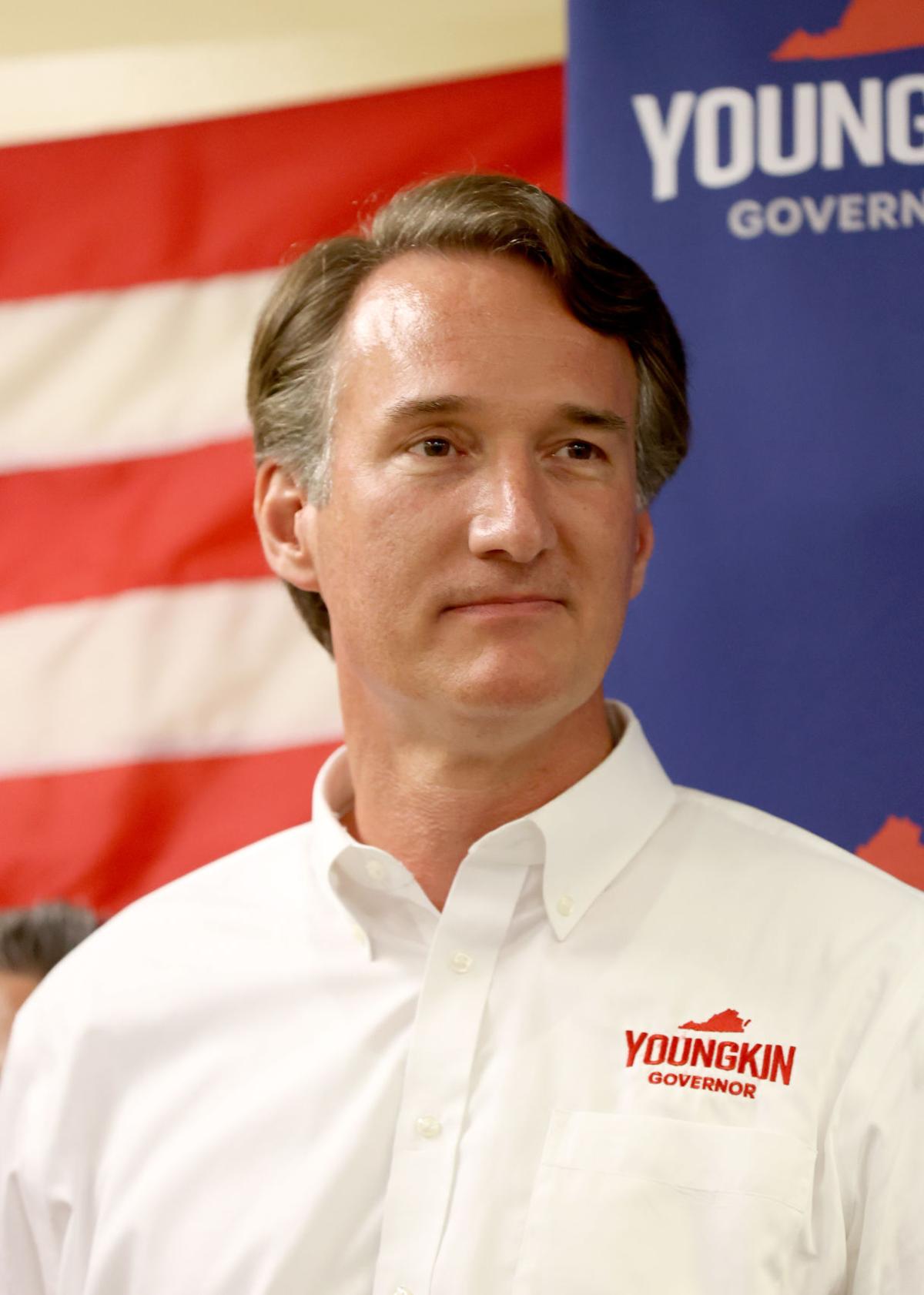 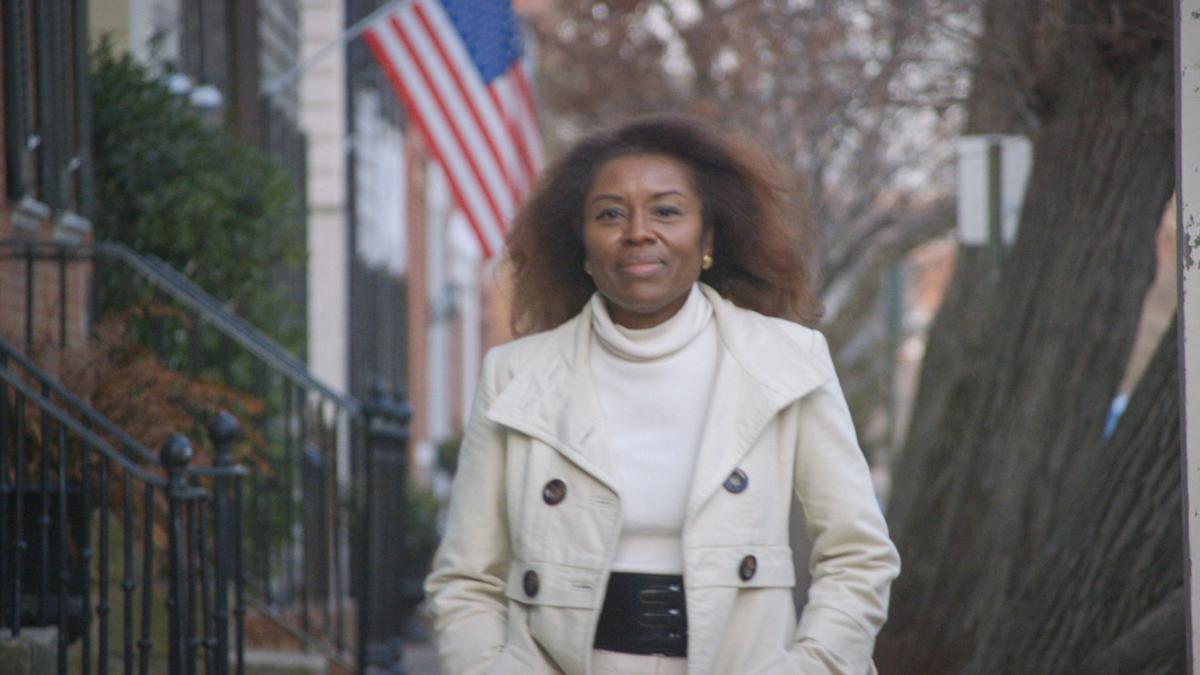