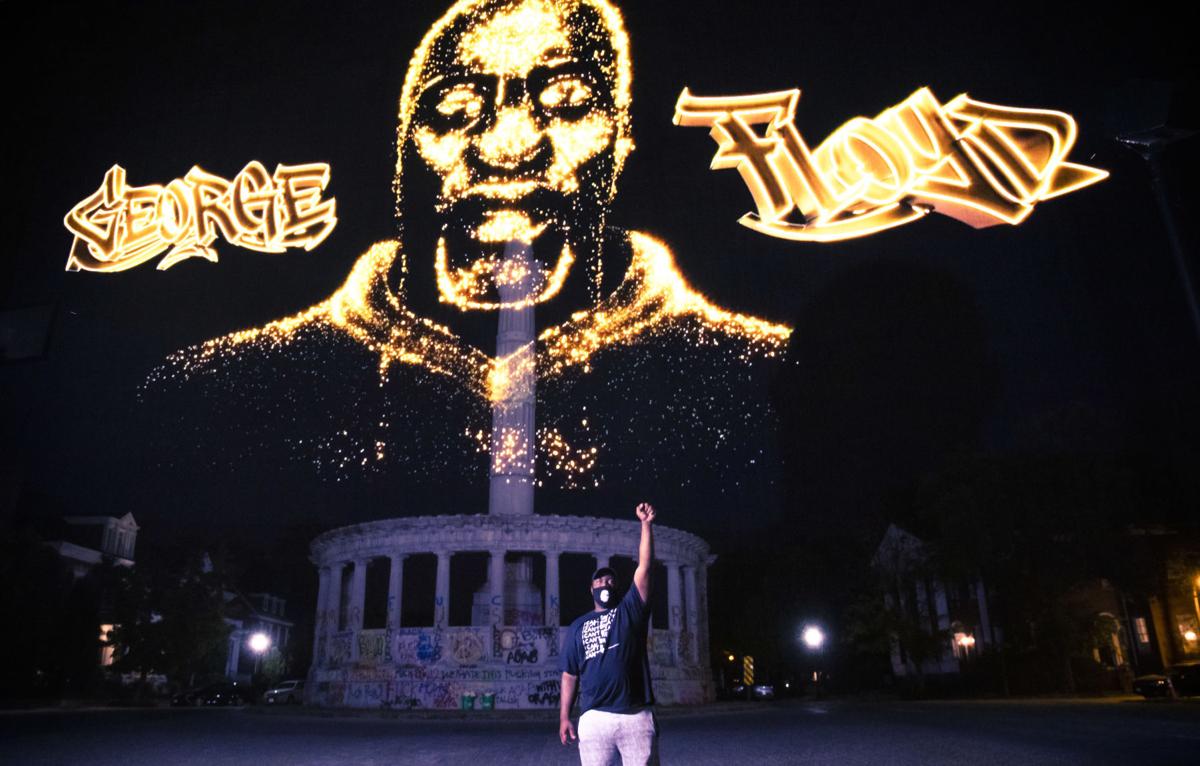 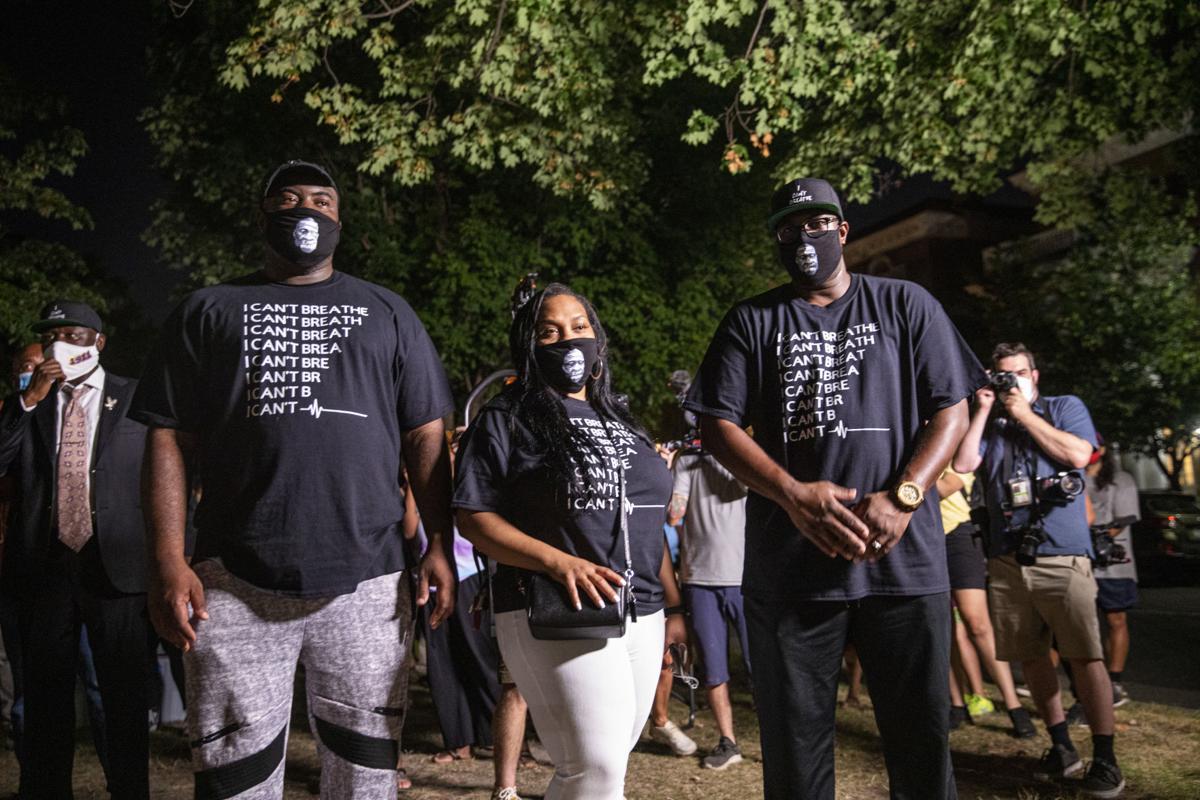 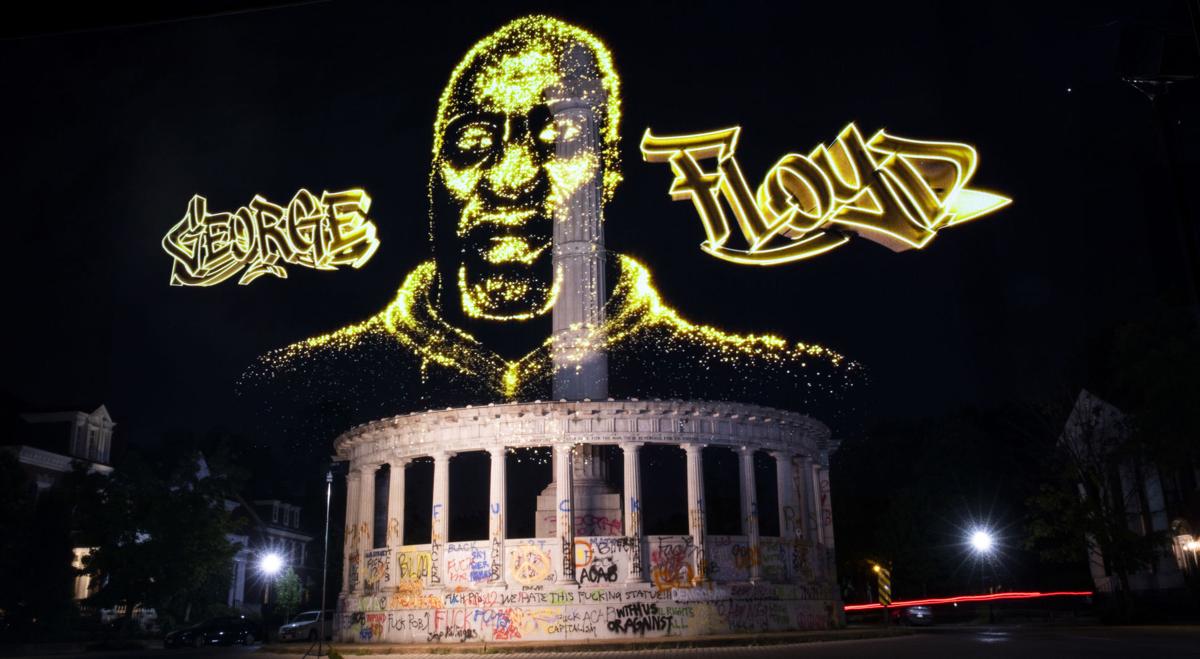 Tonight, George Floyd's family members will gather in Richmond where a hologram will temporarily replace the statue of Robert E. Lee.

Tonight's event in Richmond marks the first public unveiling of the George Floyd Hologram Memorial Project, a week-long tour that will travel to additional cities, organized by Change.org and The George Floyd Foundation.

The George Floyd Hologram Memorial Project aims to "transform spaces that were formerly occupied by racist symbols of America’s dark Confederate past into a message of hope, solidarity and forward-thinking change," according to a press release announcing the event.

The event will be held at  the Robert E. Lee statue, renamed by Black Lives Matter protestors as the Marcus David Peters Circle, on Tuesday,  July 28 from 7:30 - 10 p.m.

Tentative schedule is as follows:

George Floyd's family held a preview last night at the Jefferson Davis memorial on Monument Ave., where the statue to the former president of the Confederacy had been removed by protestors in June.

“Since the death of my brother George, his face has been seen all over the world,” Rodney Floyd, brother of George Floyd, said in the release.“Now by partnering with Change.org, the hologram will allow my brother's face to be seen as a symbol for change in places where change is needed most.”

The hologram features a myriad of fireflies that form into a 3-D image of George Floyd, with his name depicted in graffiti.

"In collaboration with the family of George Floyd and the George Floyd Foundation, this project aims to reflect the power and beauty of those millions of voices standing up for change," Sylvia Rolle, senior campaigner at Change.org, said in the statement.

After Richmond, the hologram project will travel south through North Carolina, Georgia and more, mirroring the route of the 1961 Freedom Rides.