Editor's note: Michael Paul Williams reached out to Gov. Glenn Youngkin spokesperson Macaulay Porter on Tuesday but didn’t hear back until Wednesday, after this column had been published in Wednesday's newspaper. Williams had asked for the governor’s reaction to the criticism about Ann McLean, and Williams specifically cited McLean likening Abraham Lincoln’s attempt to preserve the Union to “Russia invading Ukraine” during a July 18 interview on John Reid’s talk show on WRVA radio.  “The governor disagrees with those comments,” Porter said in an email Wednesday in response to the Russia comparison. “He does not believe that comparison is appropriate.” The column that appeared in Wednesday's print edition appears below.

I’ll say this about Gov. Glenn Youngkin: He sure can pick ’em.

His abortive choice as Secretary of Natural Resources was a former coal industry lobbyist whose tenure as head of the EPA was noteworthy for its rollback of environmental protections.

His state health commissioner, Dr. Colin Greene, raised blood pressure in Virginia by dismissing structural racism’s role in health outcomes and — in the aftermath of a mass shooting at a Uvalde, Texas, elementary school — by calling the term “gun violence” a “Democratic talking point,” all in a story in The Washington Post.

Youngkin’s appointee to the state’s LGBTQ Advisory Board, Casey Flores, would be undone by a history of obscene tweets, including a sexual reference about Vice President Kamala Harris.

Our moment of racial reckoning, teetering on the brink, does not need a Confederate apologist. But here comes McLean, who likened Abraham Lincoln’s attempt to preserve the Union to “Russia invading Ukraine” during a July 18 interview on John Reid’s talk show on WRVA radio. She also claimed that "slavery would have been outlawed in the South within five or 10 years, but they wanted to do it on their own time."

I can only assume that “they” were not considering the desired timetable of the enslaved.

Seven months earlier, on the same show, McLean defended Confederate monuments with a heaping helping of Lost Cause pablum.

“Fake news or false narratives are not new,” she said. “And this whole tragedy is that these statues were built to tell the true story of the American South to people 500 years from now.”

“But we have forces right here 150 years later that want to destroy the evidence of that story,” she said, framing the Civil War as a “fight for sovereignty of each state and constitutional law.”

This was once the fodder of Virginia textbooks, along with tales of the contented slave. We are unlearning this version of history as propaganda, mostly discredited by contemporary historians.

“Ms. McLean has quite a collection of antediluvian views,” said Larry Sabato, director of the Center for Politics at the University of Virginia. “The First Amendment protects her free expression, but to think someone of this sort has been appointed by the Governor of Virginia to a board about history is deeply disturbing.”

“Her views are laughable — sure, sure, the South was going to abolish slavery on its own in five or 10 years. But it is deadly serious that Youngkin apparently accepts these views as worthy of representation on a board about history.”

U.S. Rep. Donald McEachin, D-Va., says McLean’s appointment “shows a blatant disregard for Virginia’s sordid history with racism and the work we have done as a state to rectify those long-standing harms.”

This appointment is an insult, not just of Black folks, but people who take their history seriously.

At one point during her December interview on WRVA, she asked: “Are we really going to get the message that those who erected those monuments are trying to send us?”

Yes. Loud and clear. Long ago.

They erected them as a statement of resurgent white supremacy during a post-Reconstruction era that coincided with the systemic stripping away of Black folks’ rights. The South, which in McLean’s telling was poised to end slavery, enacted another century of Jim Crow subjugation and terror after the Civil War.

The mythmaking in those statues was designed to cleanse the South of its sins by making its fight to perpetuate slavery somehow about freedom. It’s an Orwellian twist that abolitionist Frederick Douglass and Richmond Planet editor John Mitchell Jr. called out from Day One. That a Virginia governor would trot it out in the 21st century is alarming.

Sabato called the elevation of McLean “of a piece with other Youngkin moves” — and yes, candidate Youngkin was willing to weaponize the obscure Critical Race Theory and demonize Toni Morrison’s lauded novel “Beloved” to win an election. But what McLean espouses seems a lot like the “inherently divisive concepts” Youngkin seeks to ban.

“With his looks and pleasant smile, Youngkin has been able to con some of the national press into promoting him as a ‘moderate,’ but crass moves like McLean’s appointment put the real Youngkin on display. Truth is, it probably helps him in today’s Trump Republican Party,” Sabato said.

Indeed, the ambitious Youngkin’s superpower has been his ability to cloak his radicalism in a deceptive veneer of moderation.

Never trust a red vest and a smile.

When someone consistently shows you who they are, believe them.

Ann McLean likened President Abraham Lincoln’s efforts in the Civil War to Russia invading Ukraine. She added that slavery would have eventually ended had the Confederacy remained a country.

Survey: Gen Z and Millennial drivers have a complicated relationship with their cars

Survey: Gen Z and Millennial drivers have a complicated relationship with their cars 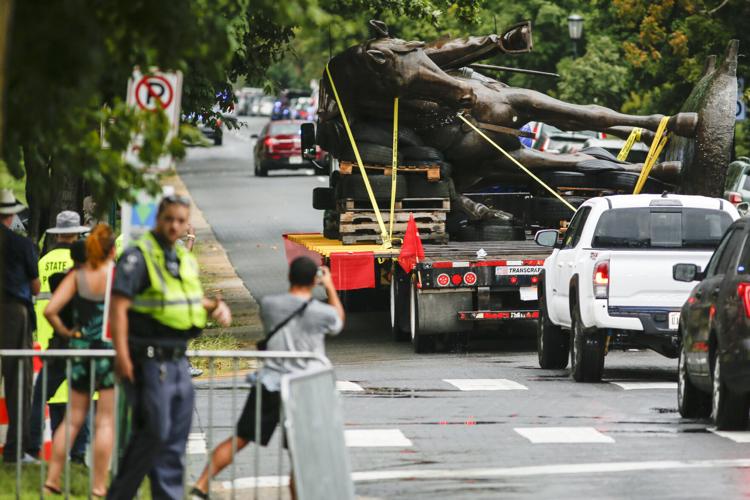 The Robert E. Lee Statue makes its way down moment avenue on Wednesday, September 8, 2021 at Monument Avenue in Richmond, Virginia.The 21-foot bronze statue weighs 12 tons and is on top of a 40-foot granite pedestal. It was dedicated in 1890. 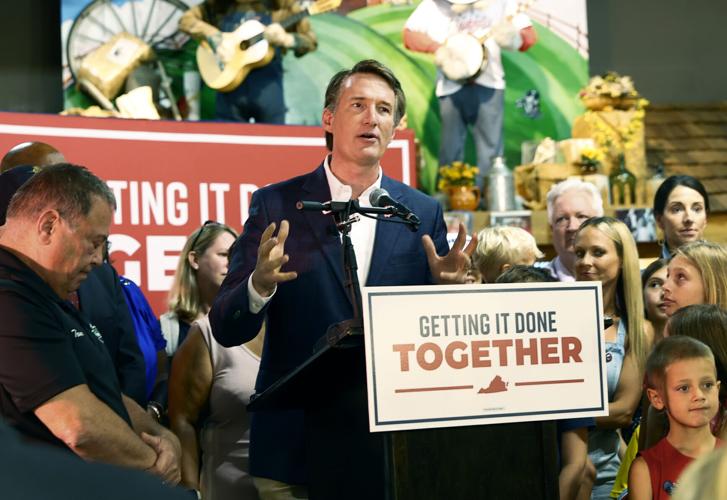