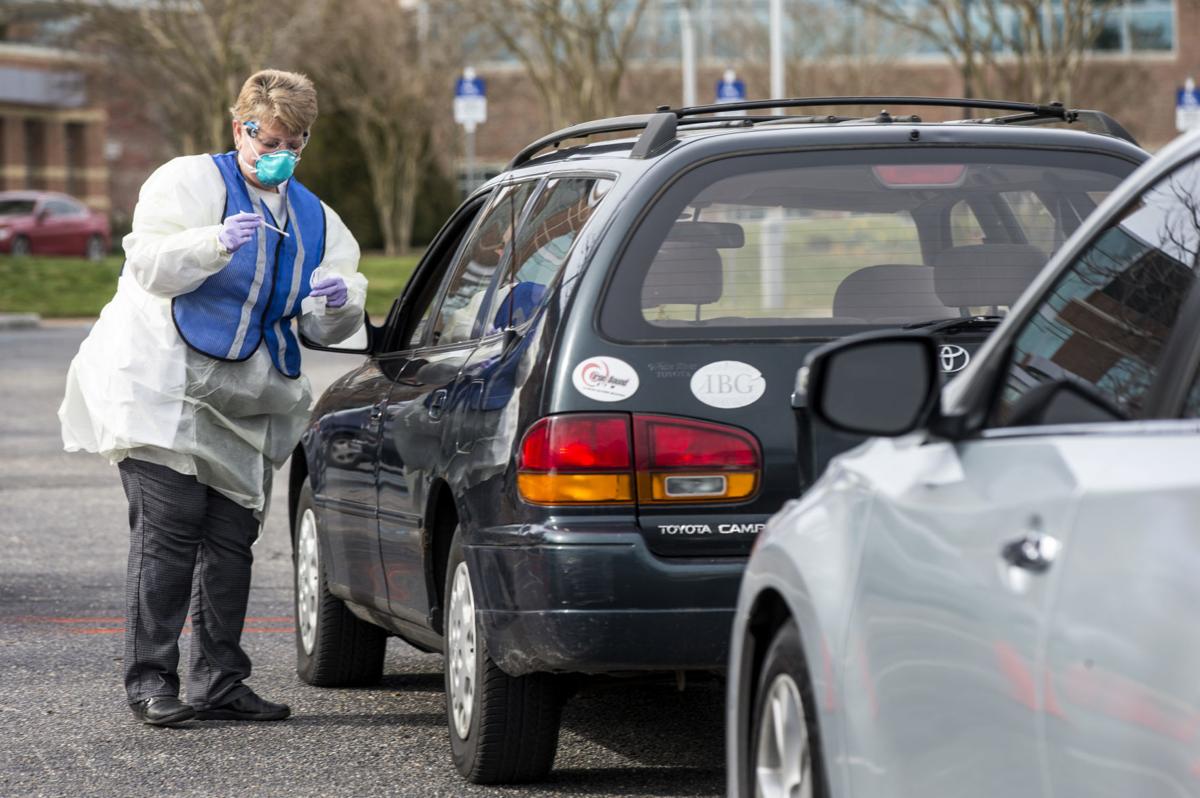 Betsy Holzworth, a registered nurse with Sentara Williamsburg Regional Medical Center, collected samples for the coronavirus test Monday at a drive-thru site in York County, which had one confirmed case. Neighboring James City County has 10 cases. 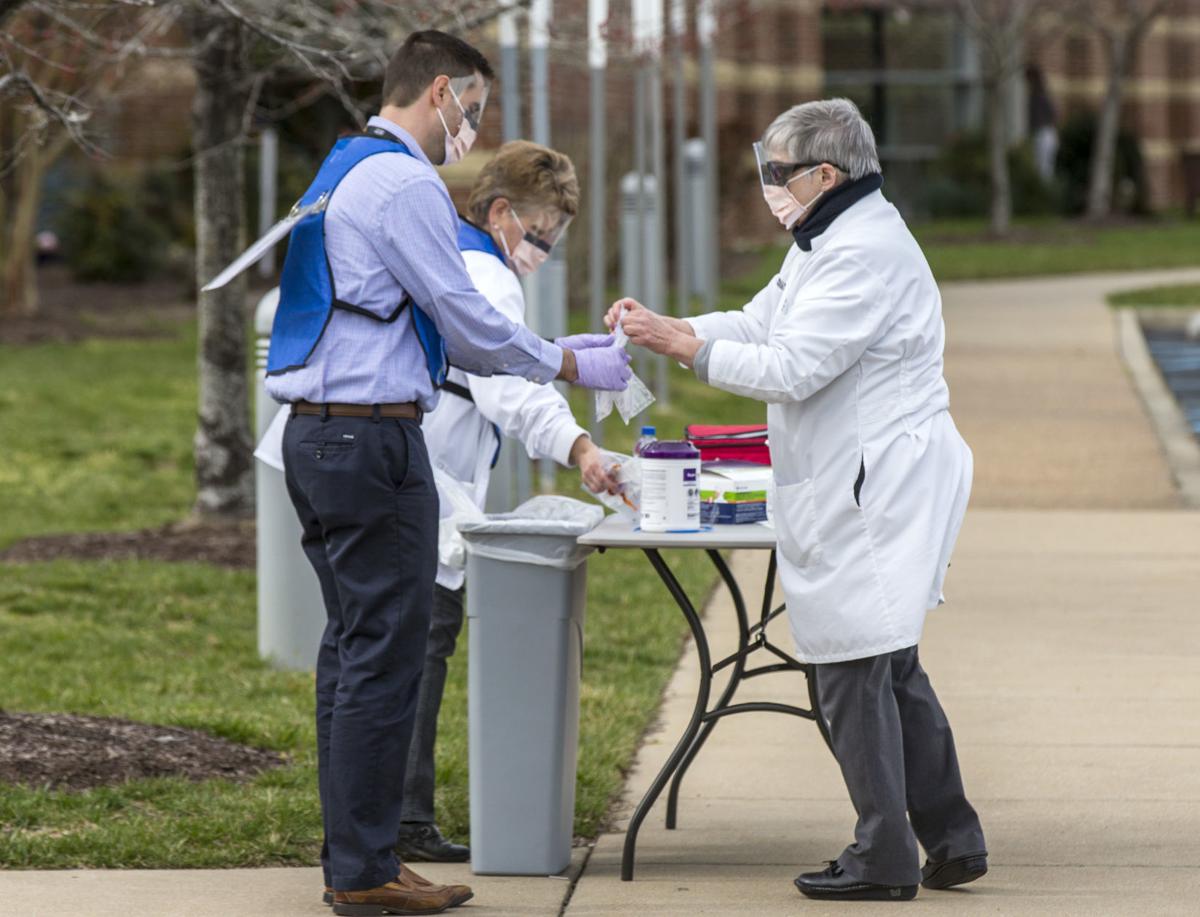 Virginia schools will be closed for the rest of the school year, Gov. Ralph Northam ordered Monday.

Northam’s order applies to all K-12 schools in the state, both public and private, and comes as the coronavirus continues to spread in Virginia. Richmond-area school districts had already announced that schools would be closed until at least April 13.

Virginia joins Kansas in announcing that schools will be closed for the rest of the year. All but four states - Idaho, Nebraska, Iowa and Maine - are under mandated school closures, according to Education Week.

"As disruptive as this will be for students, families and staff, I believe it's the right decision given the healthcare crisis we're facing," Richmond Public Schools Superintendent Jason Kamras said. "I applaud the Governor for taking this bold step now."

Northam announced March 13 that schools across the state, serving roughly 1.5 million students, would close from March 16 through at least March 27, a step the governor hoped would help mitigate the spread of the virus, which has killed six people in the state.

Virginia also joined other states in asking the U.S. Department of Education to waive mandatory testing requirements, something normally done in the spring. U.S. Secretary of Education Betsy DeVos said Friday that the agency would accept applications for waivers, something Virginia is preparing.

The state should know if Standards of Learning tests are canceled for the year by mid-April.

(This is a developing story. It will be updated.)

The Virginia Department of Health reported on its website Monday that 254 people in Virginia have tested positive for COVID-19.

A week ago, on Monday, March 16, state health officials reported there were 51 cases in Virginia.

There are coronavirus cases in 40 Virginia cities and counties, and 3,697 people have been tested in the state, according to the VDH numbers.

On Thursday, state health officials said there’s a lag in the reporting of statewide numbers, and figures on the VDH website might not be the same as numbers reported by individual localities or local health districts. The state has a 5 p.m. cutoff for tabulating daily numbers, so the numbers reported on the website each day are 19 hours old.

This is the breakdown of cases across the state according to the VDH website:

(This is breaking news. This story will be updated.)

An Innsbrook laboratory has developed a way to test nearly 10 times the number of potential COVID-19 kits as prior testing sites and increase the turnaround time for those results, according to GENETWORx lab director Sarah Jacobs-Herber. The company begins testing for the virus Monday.

“By helping identify cases faster that will help with containment and the spread of the virus,” Jacobs-Heber said.

The lab, which until recently focused of genetic and pharmacological testing, has been developing its testing capability since February, when only the Centers for Disease Control was confirming cases. Earlier this month, Jacobs-Heber said that the Food and Drug Administration put out guidelines opening the testing to commercial labs.

Jacobs-Heber said they had to validate that their testing ability was just as accurate and sensitive as the CDCs.

The company uses the same kit that the CDC developed, which typically tested about 100 samples, and has an instrument able to test between 800 and 1,000 samples per day, Jacobs-Heber said.

They will not only accept samples from Virginia hospitals and private doctors, but also those from New York.

“At a time when a lot of people are staying home, the people on my team are here doing important work,” Jacobs-Heber said. “We are really proud to serve Virginia and help our patients. We will get through this together.”

A guide to Fredericksburg-area resources, services amid coronavirus outbreak

FOR those of you who took refuge in your homes last week, traffic in the area was down significantly, making even rush-hour driving seem like …

Buying their new house last year on Littlepage Street in Fredericksburg was a pretty matter-of-fact transaction for Roger and Diane Gray. Now,…

The number of confirmed COVID-19 cases in the Fredericksburg area continues to rise, with one new patient testing positive in Stafford County,…

Betsy Holzworth, a registered nurse with Sentara Williamsburg Regional Medical Center, collected samples for the coronavirus test Monday at a drive-thru site in York County, which had one confirmed case. Neighboring James City County has 10 cases.