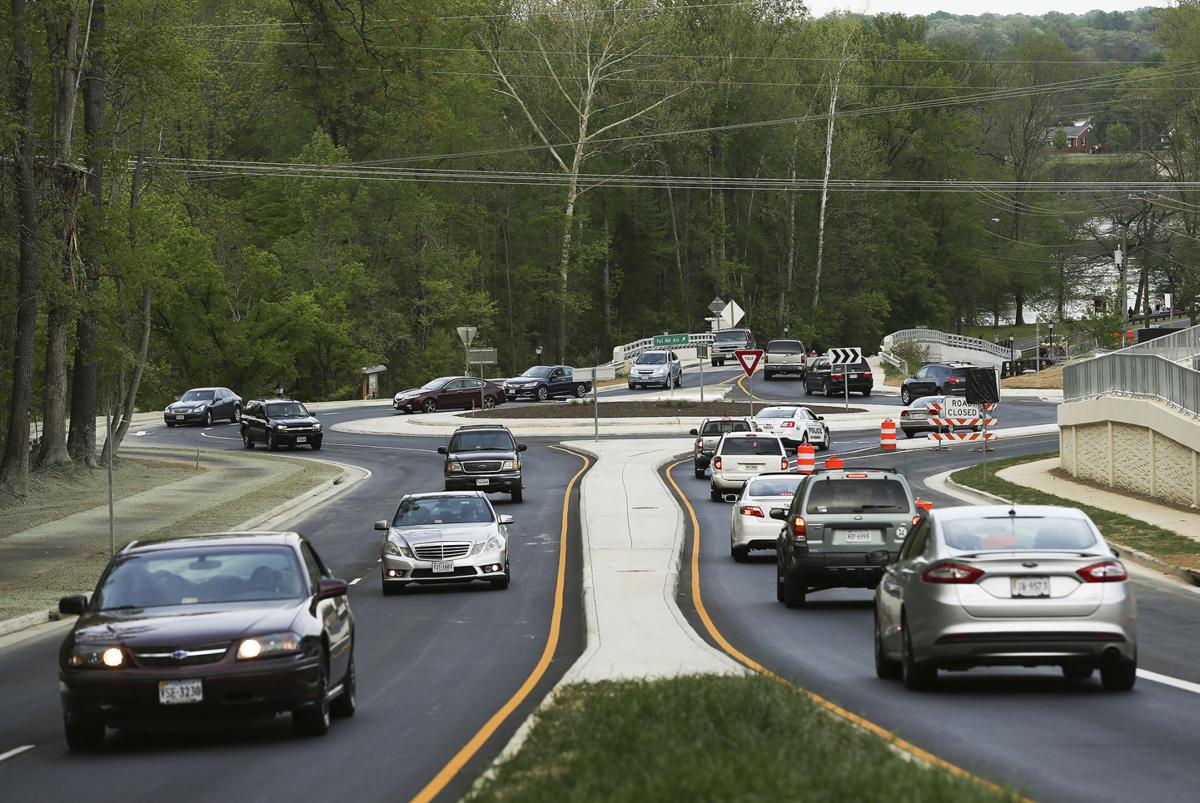 Traffic travels to and from the new roundabout at the bottom of Fall Hill Avenue in the city. 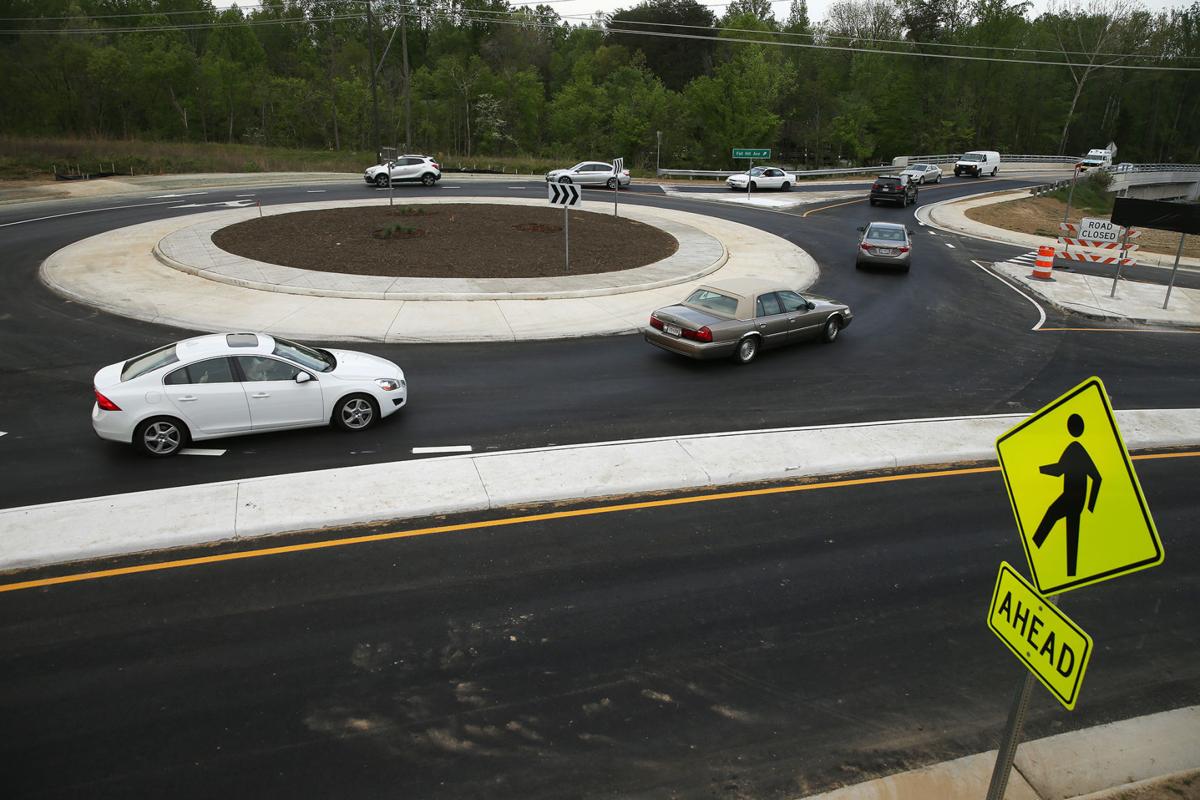 Motorists make their way around the roundabout along Fall Hill Avenue at the intersection with Mary Washington Avenue in Fredericksburg on Thursday, April 20, 2017.

The improved Fall Hill Avenue is open for traffic.

While work crews will linger to wrap up the project, the lanes, new roundabout and the connection to Mary Washington Boulevard opened Thursday evening in Fredericksburg.

Work on the $44.4 million project started in February 2015 and was scheduled to be completed in late January, but the contractor needed more time to finish.

There are numerous changes to the roadway and traffic patterns, which will force drivers to make a “behavior change” in how they navigate the road, local Virginia Department of Transportation spokeswoman Kelly Hannon said. Electronic message boards are up to help drivers contend with the changes to the traffic patterns, which include the roundabout, the intersection of Mary Washington Boulevard and Sam Perry Boulevard and new crosswalks.

The road was expanded from two lanes to four from the canal to Carl D. Silver Parkway. A new bridge, with four lanes and sidewalks, was built to replace the old, narrow bridge over Interstate 95.

The roundabout was added at the canal as part of the extension of Mary Washington Boulevard to Fall Hill, which will give traffic another route to and from U.S. 1.

New sidewalks and paths now run alongside the road. And a new basketball court, baseball field and playground have been built to replace those removed for the project.

Now that the new Fall Hill Avenue roundabout is fully open, drivers will see changes to the traffic pattern.

Here’s how to navigate the roundabout, which has three entry/exit points.

The most important thing with any roundabout is that traffic must yield before entering.

Traffic travels to and from the new roundabout at the bottom of Fall Hill Avenue in the city.

Motorists make their way around the roundabout along Fall Hill Avenue at the intersection with Mary Washington Avenue in Fredericksburg on Thursday, April 20, 2017.