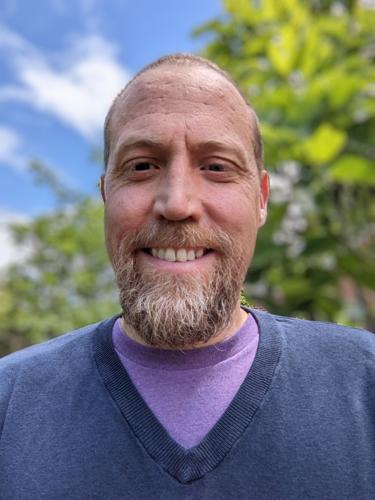 Eric Bonds is an associate professor sociology at the University of Mary Washington and a founding member of Fossil Free Fredericksburg. 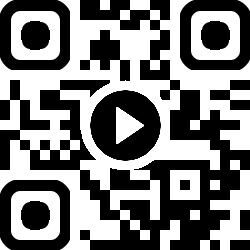 MEET THE AUTHOR: Learn more about Eric Bonds and his efforts to reduce carbon emissions in Fredericksburg by pointing your smartphone at the QR code, then tapping the link.

IN December 2019, Fredericksburg’s city council made commitments to power all city operations with 100% renewable energy by 2035, and to shift away from fossil fuel-derived energy across the city by 2050.

Fredericksburg and its public schools have taken some important steps to achieve these goals.

For instance, the city has hired a new sustainability coordinator to help lead this effort. Further, both the city and Fredericksburg Public Schools are working with an energy service company to increase efficiency and eliminate energy waste. The city is also replacing some of the conventional vehicles in its fleet with hybrids, and is conducting a strategic assessment to explore cost effective ways to replace vehicles at the end of their use cycle with electric cars and trucks. The city is also partnering with the Local Energy Alliance Program to run a Solarize campaign, which makes adding solar panels on rooftops easier and more affordable for homeowners. In another exciting development, Fredericksburg Public Schools is purchasing ten new electric school buses.

But a person familiar with the demographics of our area might understandably ask, So what? Fredericksburg, with a population of only 28,000 people, has a tiny number of residents compared with its much larger surrounding counties. Given Fredericksburg’s comparatively small size, why do its climate ambitions matter?

One reason is that the era of fossil fuels is coming to an end. Communities that understand this sooner, rather than later, will be able to plan, manage, and ultimately benefit from the transition to renewable energy, while other communities will be forced to catch up fast or be left behind.

By acting on climate and energy now, Fredericksburg can take advantage of federal and state resources that may not be available later. For instance, Fredericksburg is receiving $2.5 million dollars from Virginia’s Department of Environmental Quality to help pay for its electric bus purchase, and the U.S. Department of Energy is helping foot the bill for the program that will help Fredericksburg do its strategic fleet assessment to learn where and when it makes sense to convert to electric vehicles.

Acting now on climate and energy also has benefits beyond carbon emission reductions. The energy performance contracting that the city and public schools are doing now will ultimately reduce energy consumption and greenhouse gasses, but it will also cut down on costs, thereby helping tax payers.

Beyond dollars, other co-benefits to climate and energy action leads to cleaner air. So children in the city will now ride to school in new electric buses without having to breath harmful diesel exhaust. Other co-benefits to climate action can include more bicycle and pedestrian friendly communities with more trees and greenspace, all of which can improve quality of life.

This is yet another reason why Fredericksburg can benefit from acting now on climate; taking steps to reduce our carbon emissions can be part of an effective economic development strategy. By prioritizing a transition to renewable energy, preserving green space, and making Fredericksburg more pedestrian and bike friendly, it becomes a more and more attractive place to work and live.

Fredericksburg will benefit from acting to confront climate change. Stafford and Spotsylvania can benefit by acting, too.

The politics are certainly different there, and setting ambitious climate goals may not be realistic right now for these two counties. But the Orange County School Board has already shown us all that the development of solar power on school rooftops can happen even in more conservative places, because it results in big cost savings. The Stafford County School Board seems close behind, with a power purchase agreement in the works for solar panels on North Stafford High that can result in $2.3 million in energy savings over upcoming years. News like this reminds us that everyone wants to live in a community with forward-thinking officials looking for win-win solutions.

Ultimately, confronting the climate crisis will require us all to act. Everyone will be better off if we do this sooner, rather than later.

Eric Bonds is an associate professor of sociology at the University of Mary Washington and a founding member of Fossil Free Fredericksburg.

Commentary: American illiteracy, not books, is what's to fear

From a distance, I cannot help but notice the back and forth regarding certain books found in Spotsylvania County Public Schools. The disease …

TOMORROW MORNING, my third and youngest child will walk across the stage at Riverbend High School and receive her high school diploma, ready t…

E.R. Frank is an author of young adult fiction. Her first book, “America,” was published in 2002 and has been translated into more than five l…

Commentary: Time to address our children's mental health is now

The way students learn across the commonwealth has drastically changed over the last two years, but the mental health challenges they face rem…

Commentary: Was Nats' World Series win the beginning of the end?

Is this the decade from hell? I’m beginning to wonder.

One consistent message I hear from constituents throughout Virginia’s 1st Congressional District and folks throughout the entire commonwealth is American families are feeling the pain of soaring inflation and skyrocketing energy costs in a very real way.

Editorial: Happy with my life, desirous of no other's

ON MARCH 3, exactly two months to the day after being named opinion page editor, I received a reader’s note in response to a piece about being…

Why are voters motivated more by emotions than policy? | The Ethical Life podcast

🎧 The Amber Heard-Johnny Depp case or inflation? Why people seem to focus on social issues rather than on solutions that could fix the problems they care about the most.

Commentary: Beware the privatization of Medicare

SENIORS BEWARE: ongoing attempts at further privatizing Medicare might not work out so well for its 62 million beneficiaries.

Eric Bonds is an associate professor sociology at the University of Mary Washington and a founding member of Fossil Free Fredericksburg.

MEET THE AUTHOR: Learn more about Eric Bonds and his efforts to reduce carbon emissions in Fredericksburg by pointing your smartphone at the QR code, then tapping the link.