Editorial: Telling the whole story at Shenandoah
0 comments
Share this
{{featured_button_text}}
1 of 2 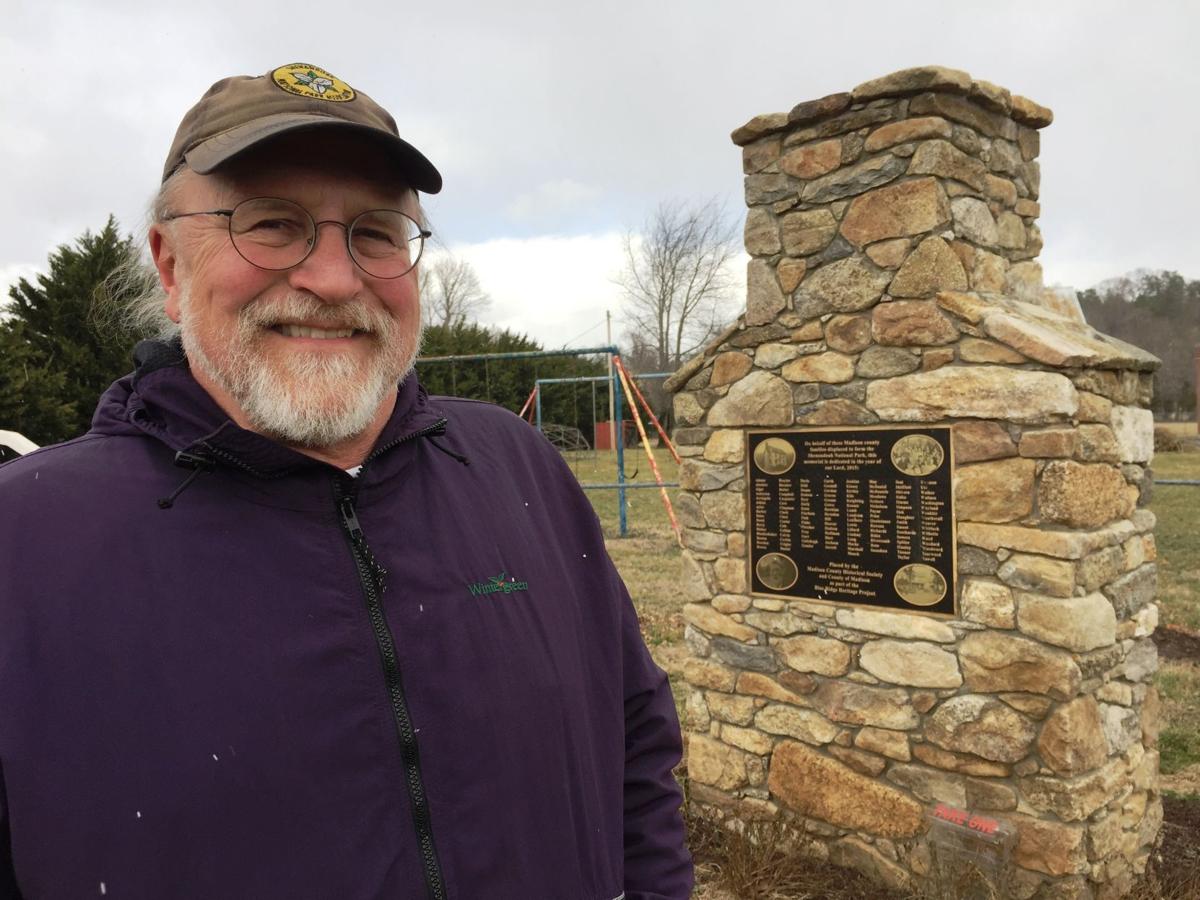 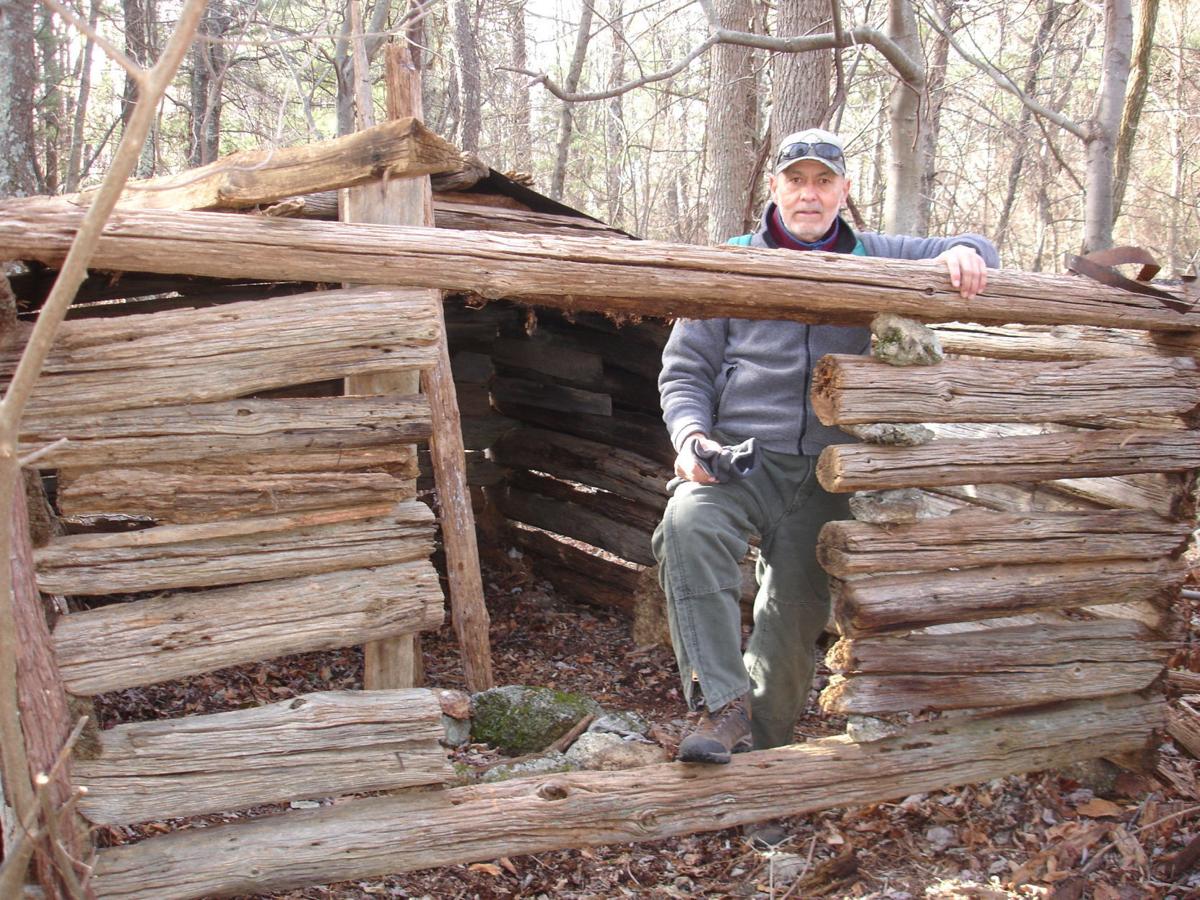 In Shenandoah National Park, Larry Lamb of Albemarle County visits the remains of a log cabin once part of his great-great-grandparents’ farm.

MOST visitors see most of Shenandoah National Park, one of the country’s great treasures, from behind the windshield of a car.

Those who log miles on its many trails and fire roads experience very different encounters with the park’s natural and human history. And once in a while, some of those adventuresome few will come across a gnarled old apple tree or a few gravestones or the remains of a chimney in some quiet, out-of-the-way spot.

Those small relics, which can be easily missed by a hasty hiker, point to part of the park’s past that was long pushed into the shadows. They attest to the fact that what now appears to be a wilderness was once farm and timber land that was settled and worked by generations of Americans.

Only in recent years has that story come to light. It’s a tough and sad tale, but one that needs to be told for the place to be properly understood.

The landscape’s ghostly remnants speak to the deep-rooted mountain people displaced by the park when it was created nine decades ago. The Shenandoah and Great Smoky Mountains parks were the first of their kind east of the Mississippi, the idea being that they would be more accessible by the bulk of the nation’s population. Until their establishment, national parks had largely been unpeopled.

But Shenandoah’s backers—state, local and federal officials—thought the park would be an economic boon, and set about clearing people off their land. About 465 families—more than 2,000 men, women and children, according to one account—lived within its boundaries. Life in the remote ridges and hollows wasn’t easy. Grazing was poor, soil eroded, nutrients were lost and wild game declined. More than half of the families didn’t own the acres they tended for generations.

To encourage the park’s creation by the U.S. government, Virginia legislators in 1928 passed the Blanket Condemnation Act and appropriated $1 million to add to private money to buy land. State boosters told the feds that park’s mountainous acreage was “pristine and uninhabited.”

Not true, of course. Evictions, eminent-domain proceedings and forced resettlement became the order of the day.

“I don’t think that unless you were there you can really understand what went on,” descendant David Dwyer told a Rappahannock County audience years ago. “The thing I remember most is my mother and my four sisters crying because we had to leave.”

For the rest of his life, mountaineer Harvey Shifflett remained “upset about the way they were treated; he said they were treated real ‘shabbily’ ...” his son Sherman, 74, recently told the Richmond Times–Dispatch from his home in Louisa. “My dad never stopped talking about it. He was really hurt. He never got the mountains out of his system.”

Some families went along, taking the government’s money. Others fought in court and appealed their appraisals. But by the late 1930s, most had left. The park, as one writer put it, “was created as much by man as by nature.”

And for a long time, little mention was made of these families. Or detractors spoke of them as hillbillies who had overgrazed and denuded the land. Evidence of their homes, schools, stores and churches was largely erased.

Mercifully, the park’s stewards now sing a different tune. These days, the National Park Service treats a homestead like that of Aaron Nicholson as an important cultural resource. That nature meshes with history at Shenandoah is considered part of its charm.

Knowing what happened here earlier is essential to a full understanding of the place that draws more than a million people a year. No longer is the topic taboo. In the park’s visitor centers, tourists find books, videos and exhibits that deal with the sensitive subject.

The Children of Shenandoah, a group of descendants of the displaced that was created in 1994, helped bring the park around to sharing a more trustworthy and respectful narrative about their ancestors. Park interpreter Claire Comer, whose family was affected by the park’s creation, said the change has fostered robust discussions that tackle difficult questions. “What is the greater good? What about eminent domain? Is it a good or bad thing? Is the end result of the park worth the heartache of those people who were displaced?”

And most recently, retired teacher Bill Henry has created the nonprofit Blue Ridge Heritage Project to build monuments to the displaced families in each of the eight counties from which the park was formed. The focus of each will be a stone chimney, a visual tribute to their vanished home places.

The first monuments have gone up in Albemarle and Madison counties. In Rappahannock, the monument will be dedicated in April. And ones in Page and Greene are in the works. Each one is a worthy way to sense the pain that is still palpable among descendants and honor those who were driven out.

We commend the project, and wish its contributors the very best.

In Shenandoah National Park, Larry Lamb of Albemarle County visits the remains of a log cabin once part of his great-great-grandparents’ farm.