(3) comments Back to story 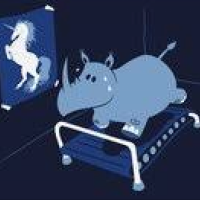 This has been a really great class. I've learned a lot, including from professor Grothe's session.

Building a Road and Trail grid system that Encourages and Enhances Bus Ridership.

The pandemic will certainly help encourage a change of behavior. More people will be working from home and offices in our region, which will change traffic patterns that will impact our local roads. The focus should be more on local Roads, Trails and Improving Bus Service.

Improving our Regional transportation System in such a manor means building a road and trail network in conjunction with the FRED Bus service, so as they compliment and enhance each other. The new road should include bus stop lanes next to the trail and bike racks. To go green we must Build the Infrastructure in the population centers which serves the businesses and public facilities that generate the most traffic.

All of those subdivisions, businesses, and public facilities linked together will cut back on traffic congestion, reduce driving time, reduce air pollution, create fuel savings, reduce rescue times and open up our transportation grid for drivers to have more options to avoid the most congested areas.

The best way to massively cut back on the carbon footprint in our region is to create a Transportation and Trail grid system that will encourage biking, reduce peoples driving time and reduce traffic congestion. If this transportation grid reduced just 3 miles of driving time for 25,000 cars it would be equivalent to reducing 75,000 miles per day of driving. At the same time it would reduce traffic congestion of tens of thousands of cars reducing more air pollution.

The trail will encourage people to use it or walk to a bus stop to get to work and those destiny locations. If it rains while they're at work, they can take the bus home. Two main buses can run on an hour loop that would average 1/2 hour apart in two different directions. One running clockwise starting in Aquia going South on Route 1, turning right on Harrison Road, Turning Right on the new Road heading North to the Mall, Central Park, GEICO, to Garrisonville Road and South again. The other Bus can run counter clockwise in the opposite direction, which will improve and enhance the bus service to make it more efficient and desirable for users.

The best way to massively cut back on the carbon footprint in our region is to create a Transportation and trail grid system that will reduce peoples driving time, promote biking, walking and reduce traffic congestion. If this transportation grid reduced just 3 miles of driving time for 25,000 cars it would be equivalent to reducing 75,000 miles per day of driving. At the same time it would reduce traffic congestion for tens of thousands of cars drastically reducing air pollution.

Here's a link to the Road and Trail proposal that will do just that. The proposal uses 5 existing roads to keep costs down, and environmental impacts low. Over 1,800 supporters have signed petitions in support of a study. Please join us.

Submit a letter to the editor

Letters to the editor on topics of general interest are welcomed and encouraged.