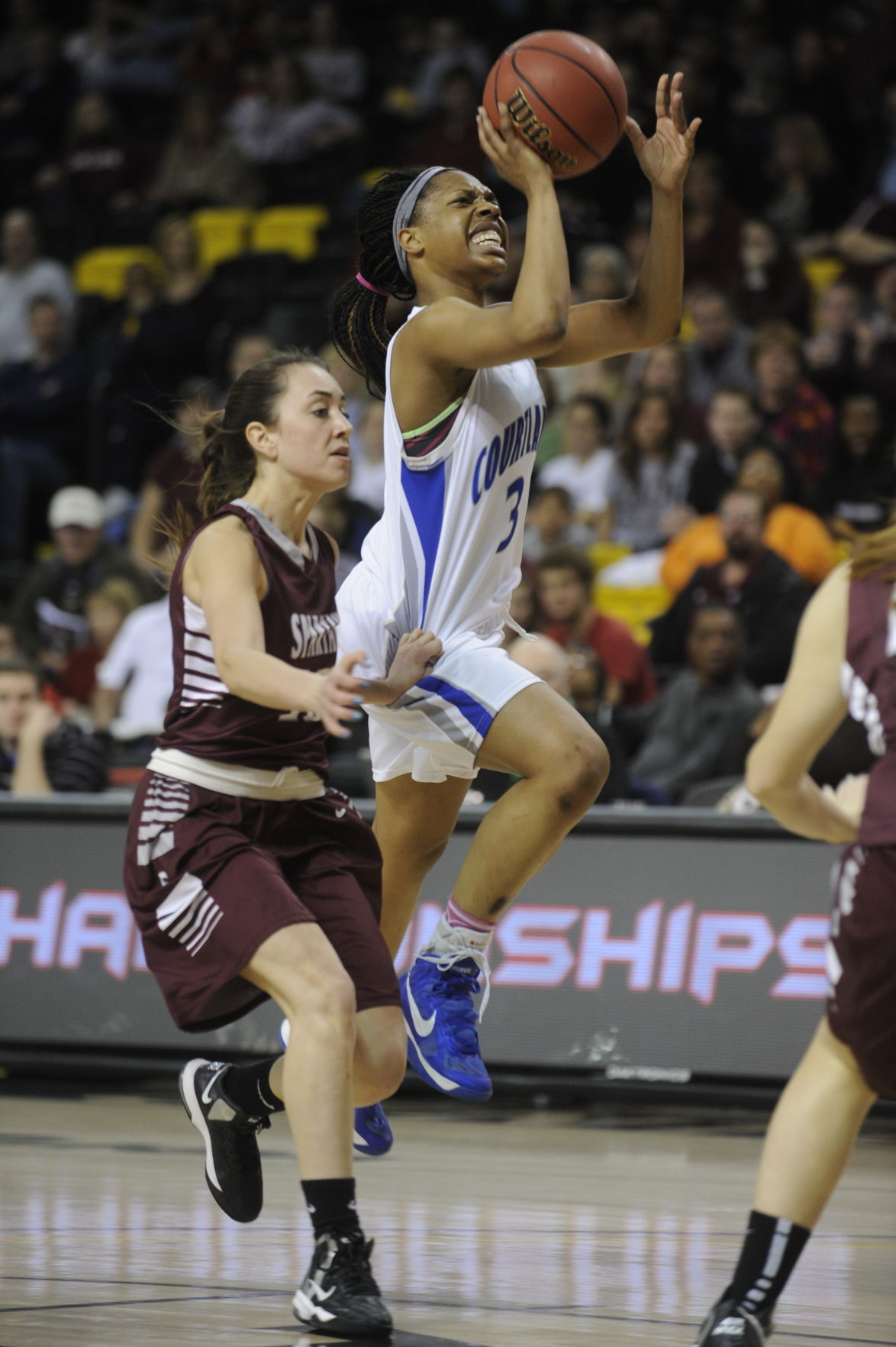 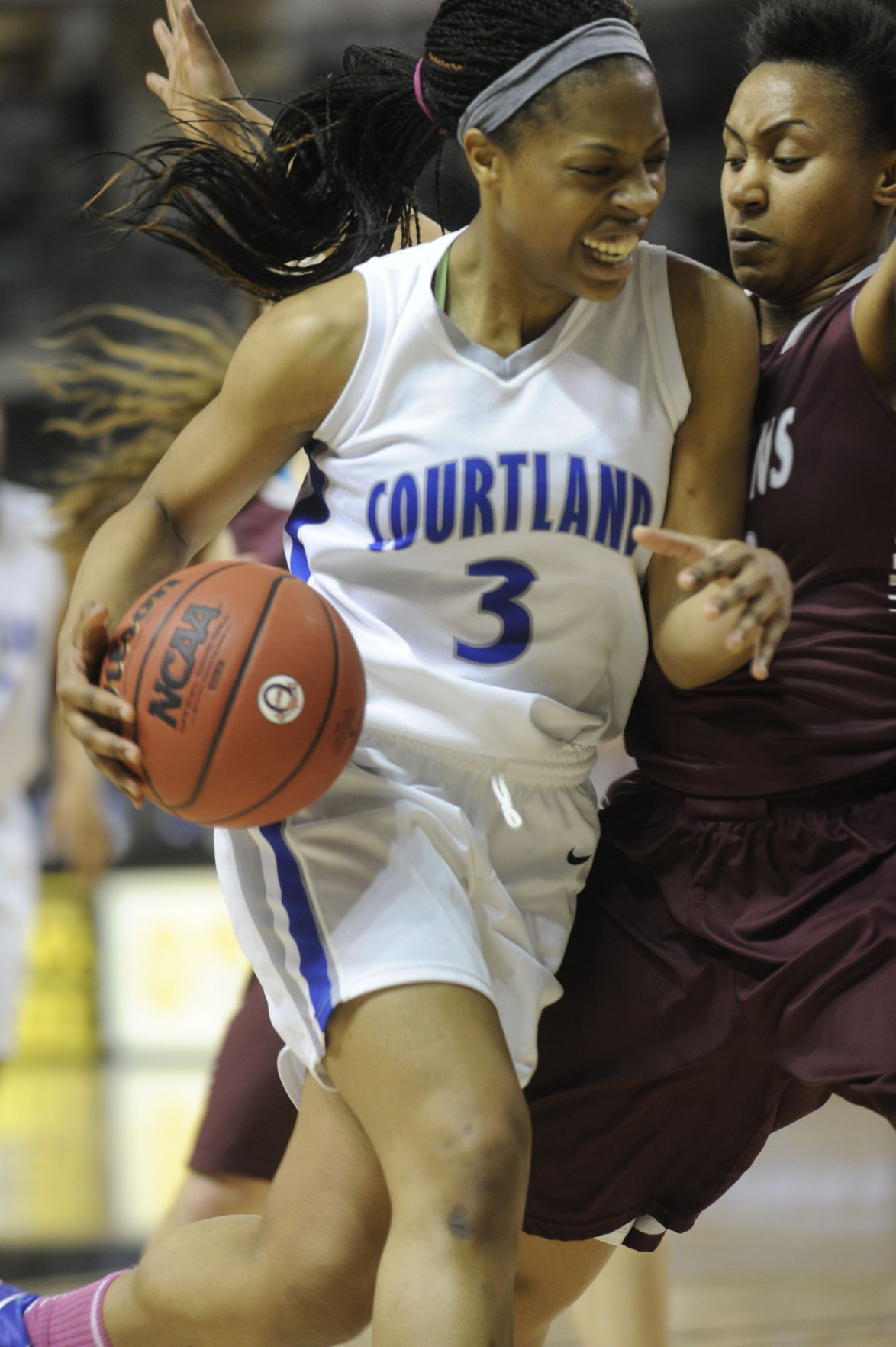 On the first day of girls basketball tryouts in the fall of 2011, J.T. Nino walked into the Courtland High gym and questioned what he saw.

Or rather, what he didn’t see.

Standing before Nino were just six players, a far cry from the double-digit turnouts that had necessitated cuts during his years coaching the Cougars’ boys.

“He was like, ‘Wait, where is everybody?’” recalled one of the six, Jessica Hairston.

Another, junior Janae McNeal, was quick with her reply: “You don’t need anybody else.”

McNeal couldn’t have been more correct. With a total of eight players and three offensive plays—one for attacking man-to-man defenses, two for zone—the Cougars strung together 30 consecutive victories en route to an appearance in the AA, Division 4 state championship game.

“That’s what won us 30-point games every time was the simplicity of having those offenses and being able to run them, play after play, against the same team,” McNeal said. “They allowed us as basketball players to create our own on the court.”

McNeal’s contribution can only be described as a statistical masterpiece. The Free Lance-Star player of the decade averaged 21.1 points per game, 7.3 rebounds, 4.3 assists and 5.4 steals as the Cougars tore through local competition that winter.

To this day, McNeal recalls the energy in VCU’s Siegel Center during Courtland’s state semifinal against Salem. It was a midday tip-off, and her classmates filled 11 buses to make the trip down to Richmond.

“We couldn’t barely talk to each other on the court because it was so loud, and that energy just reverberated and translated to my teammates on the court,” McNeal said.

She scored 21 points in the first half. Things were going so well that, just before halftime, Nino encouraged her to attempt a half-court shot with time winding down.

Courtland’s overall talent level wasn’t quite as high the following season in 2013, but McNeal still managed to lead the Cougars back to the state final, where they were upset by Salem. The 5-foot-9 “point forward” averaged 22.3 points per game as a senior.

McNeal was recruited widely by mid-major colleges and even some big Division I programs but chose to attend Army. Her family’s military roots run deep—her father, Jesse McNeal, is a former Marine—and following a single visit to West Point, her mind was made up.

Nino attended just one of McNeal’s college games, but he picked a good one. He was on hand in Washington to witness his former ward score a career-high 28 points against American University in February 2018.

“She translated her skill set into the Division I form as well,” Nino said. “It was almost like seeing the Janae in high school all over again.”

McNeal cracked the starting lineup at Army as a sophomore, playing a key role in the team’s Patriot League title that season. She finished her college career with 856 points, shooting 45 percent from the floor, and was named to the conference’s all-defensive team in each of her final three seasons.

A commissioned U.S. Army officer upon her graduation two years ago, McNeal is currently stationed in California and serves as a smoke platoon leader.

“Essentially, I’m in charge of a group of trucks that drive around and provide smoke obscuration on the battlefield,” she said.

In exercises, her unit plays the enemy, preparing soldiers for whatever kind of environment they might face on the battlefield.

In retrospect, it’s probably no surprise McNeal opted for a career in the armed forces. She’s always excelled at defense.

This week, The Free Lance-Star continues unveiling our All-Decade high school sports teams, with a look at the winter season. Here is the schedule:

STEVE DeSHAZO: Baseball officially is in the 'Burg; arrival of good baseball may take a while

ROUGHLY one-third of the announced sellout crowd of 2,065 stuck around for the end of the Fredericksburg Nationals’ inaugural home game Tuesda…

Riverbend, led by goal scorers Eder Garcia and Brenner Booren, held on to win a tight Commonwealth District boys soccer matchup, 2-1, over Nor…

Audrey Edwards scored two goals, including the game-winner with 1:50 left in the game, to help visiting Caroline get its first girls soccer wi…

THREE MINUTES might not seem like much. You can’t boil water on a stove or change a tire in 180 seconds, unless you’re a NASCAR crew member.

The memories that upperclassmen on the Brooke Point lacrosse team have aren’t pleasant ones.