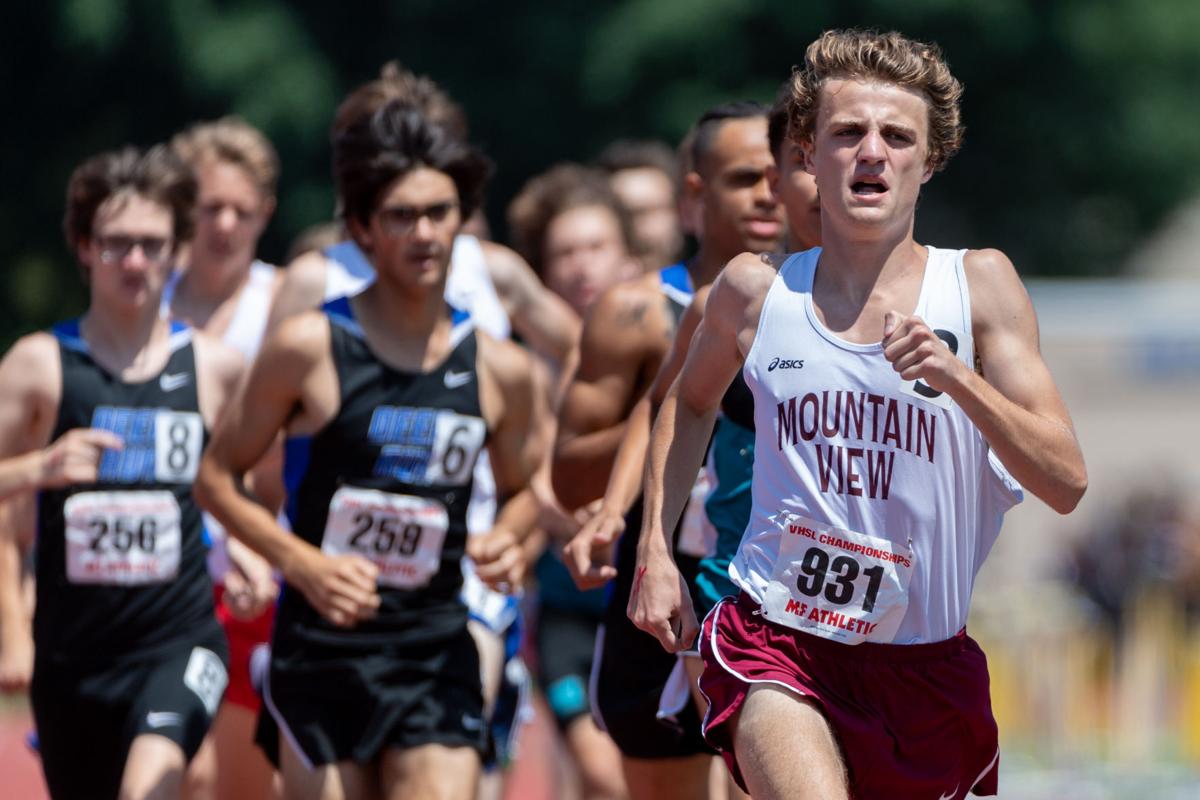 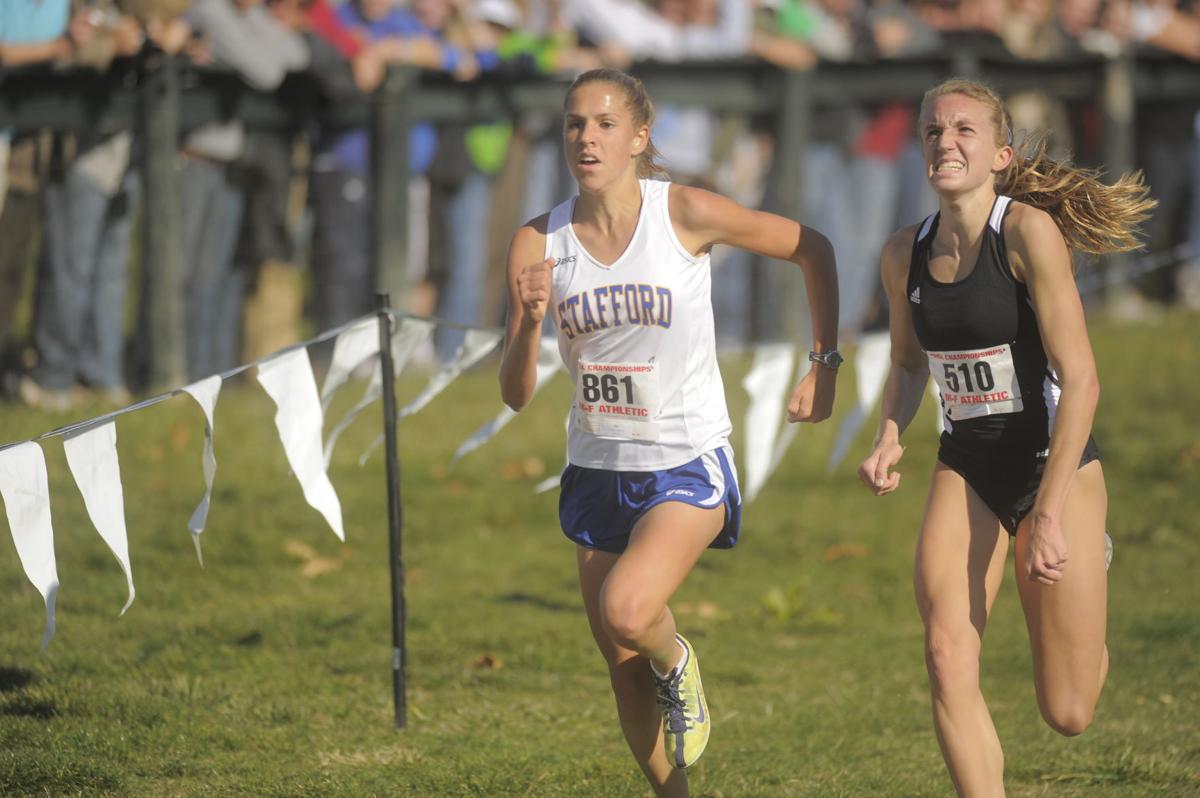 After a letdown in field hockey, Stafford’s Hannah Lowery channelled her frustration into a cross country state title.

When cross country runners are learning the various techniques of the sport, some never develop the tenaciousness required to become a dominant force.

But as Mountain View graduate Henrik Anderson and Stafford alumna Hannah Lowery sped past competitors, they combined meticulous attention to detail with an ultra-competitive spirit.

Lowery won the Group AAA state championship as a sophomore in 2010 along with Northwest Region and Commonwealth District crowns. She was a three-time first-team All-Area performer.

Anderson placed second in the state in Group 5A as a senior in 2017 and won the Region 5D crown by more than 30 seconds. He was also named first-team All-Area three times before he moved on to Georgia Tech, where he is a rising junior.

Anderson and Lowery have been named Free Lance-Star boys and girls cross country runners of the decade for 2010-19.

“Both of them understood the sport,” said Mountain View head coach Mike Porter who has coached in the area for 19 years. “They were masters of the sport. Once you know the running mechanics and you add that competitiveness to it you it you really understand what you’re trying to do. They both were self-driven individuals and that’s what was nice.”

A day earlier, Lowery scored the lone goal for the Indians in their state semifinal field hockey loss to Lakeland. On the bus ride home, her field hockey teammates were downtrodden, but told Lowery to go win the cross country state championship for them.

“I distinctly remember the nerves lining up on that line before the gun went off and the race started,” Lowery said. “But as soon as the gun went off, all those nerves went away. I knew I what I needed to do and I was just on auto-pilot.”

Chase, who later went on to compete for Stanford University, was on her heels.

“I was just telling Hannah, ‘You’ve got to go’ and she got her shoe across just before Sophie. I think three-tenths of a second was the difference.”

Running website Milestat.com lists Lowery and Chase with the exact same time of 17:41, but Lowery got the edge in the photo finish.

Anderson earned the highest placing of any boy in the Fredericksburg area at the state meet in the decade. He was second to Deep Run’s Zachary Levet three years ago. Stafford’s Philip Lambert was third, just one second behind Anderson’s time of 16:03.

Anderson had a banner senior season, not finishing worse than third in any meet that year. He added a state championship in the 1,000 meters during the indoor track season.

He attributed his high school success to Mountain View coaches Porter and Dave Davis. He said their teachings aren’t much different than what he’s getting at Georgia Tech.

“Coach Porter and Coach Davis really know what they’re doing,” Anderson said. “They don’t let high-schoolers run [an extreme amount of miles] and take off all the meat from the bone. They definitely left me a lot of room to improve while making me the best that I could be.”

Anderson has used that strong foundation to thrive with the Yellow Jackets. He has run the 1,500 in 3:48. He lost his sophomore outdoor track season because of the coronavirus pandemic and is concerned it will cost him the upcoming cross country season, as well.

Lowery never matched the success of her sophomore season at Stafford. She suffered from an iron deficiency later in her career and when that was resolved, she fractured her ankle. She didn’t reach all-state status again, but had success at the district and region levels.

“It was definitely not the ideal way I wanted to end my high school career,” she said. “But I’m proud of the fact I never stopped, never gave up and kept pursuing and trying to get back to where I knew I could be.”

Lowery went on to the Naval Academy and was unable to continue competing after one cross country season. She’s currently in the Navy and stationed in Indian Head, Md. while living in Alexandria. Whenever she leaves the Navy, she aims to work for the U.S. Department of Defense.

She often reflects on her state championship.

“It’s a defining moment in my childhood and getting me to the point that I am today,” Lowery said. “I don’t think I would be the same person—not necessarily saying you have to win for it to be defining—but just to know and have that confidence in myself has carried me through a lot.

“Just knowing what I’m capable of and not doubting myself, can be adapted to a lot of situations I’ve encountered since I won 10 years ago.”

This week, The Free Lance-Star begins unveiling our All-Decade high school sports teams. We'll cover one season each week, starting with fall sports, and choose an athlete and coach of the decade, plus a look at the best individual season by an area team.

Here is this week's schedule:

After a letdown in field hockey, Stafford’s Hannah Lowery channelled her frustration into a cross country state title.