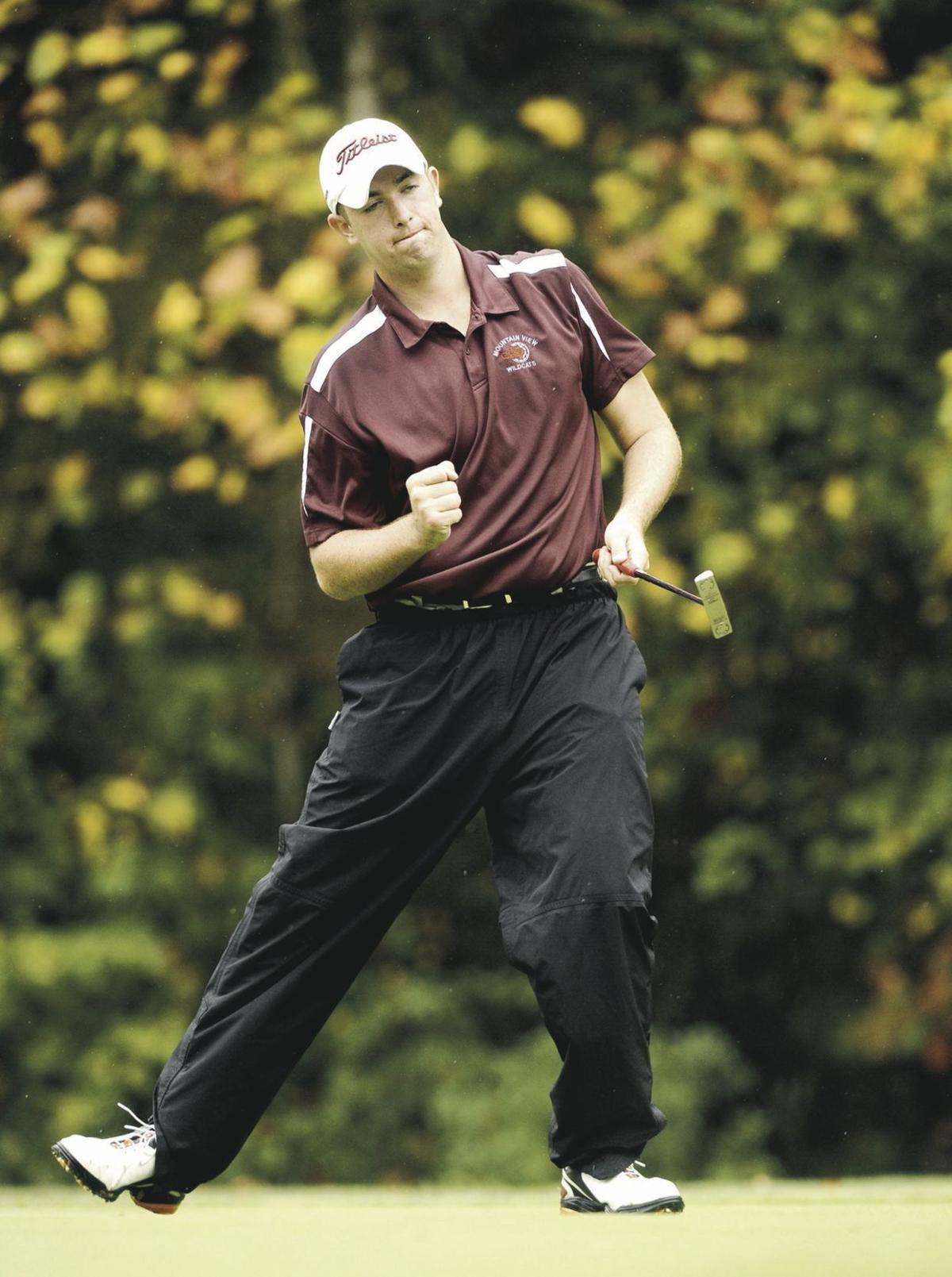 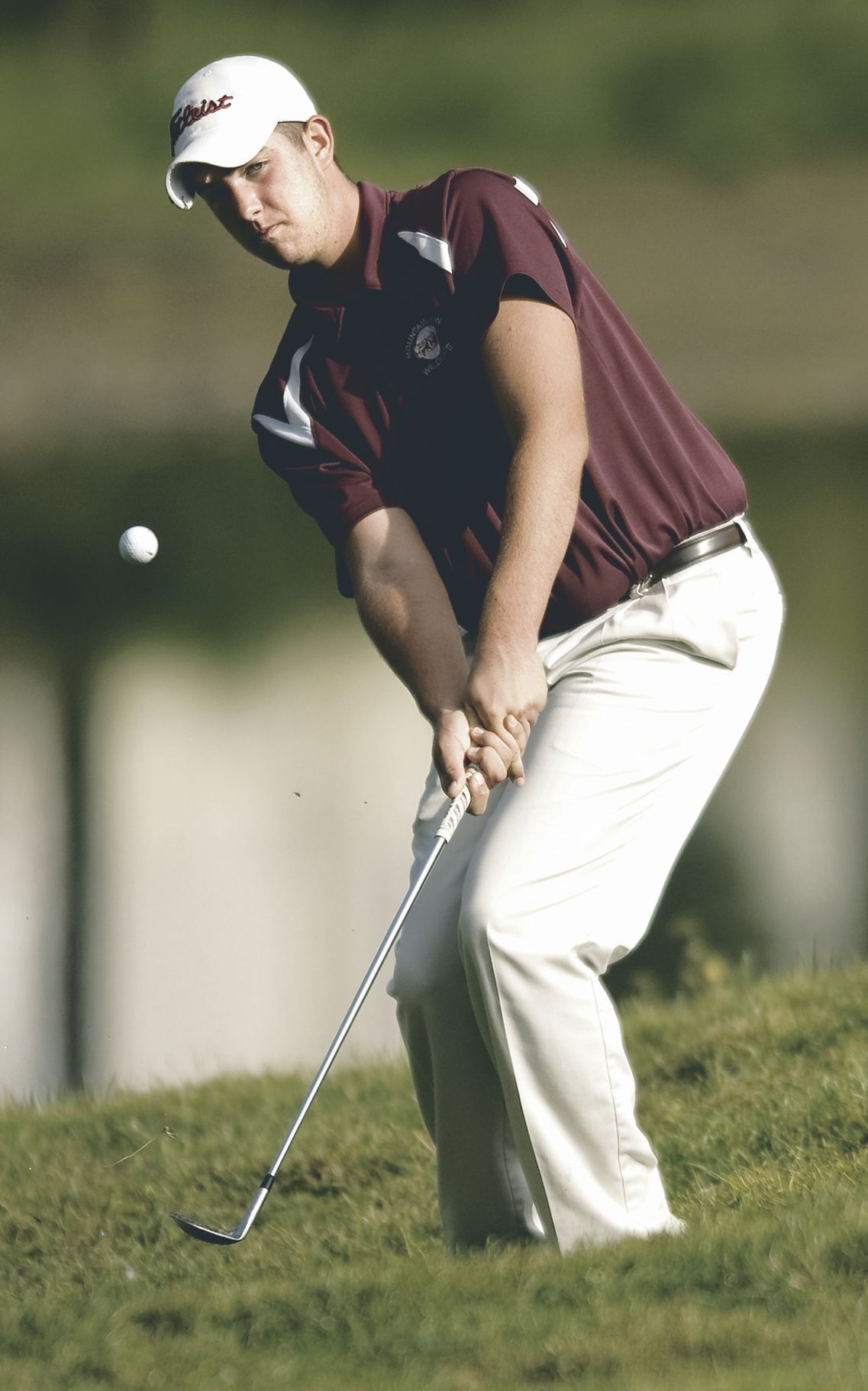 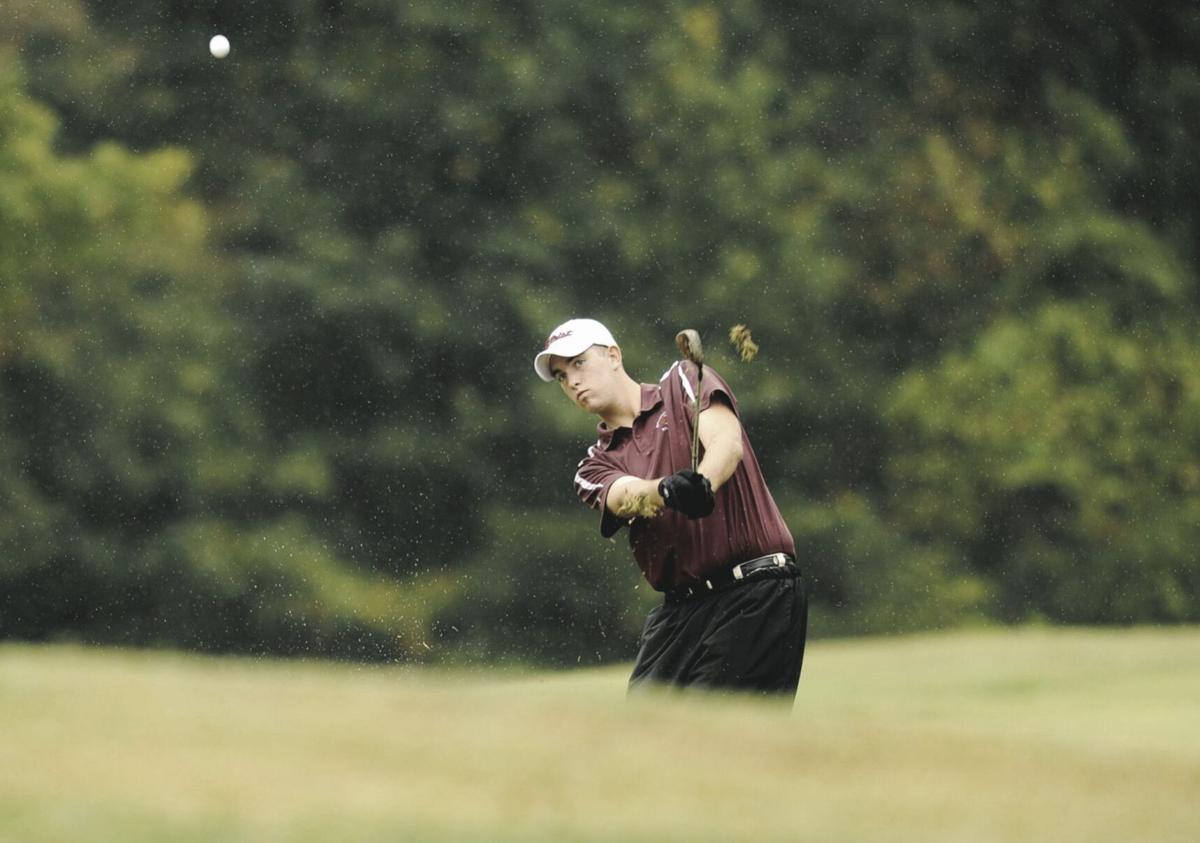 Mason Stutler participated in a variety of sports as a youngster before finding his niche in golf at Mountain View High School.

Jason John was the varsity golf coach at Mountain View High from the school’s opening in 2005 until 2011.

But when it comes to perhaps his most gifted pupil, Mason Stutler, John doesn’t believe that’s an accurate job description.

“I was pretty much a golf supervisor,” John said. “I didn’t really get into any of the technical aspects of golf with him. He was much better than myself and most people around him.”

Stutler’s tee-to-green supremacy materialized in back-to-back Free Lance—Star golfer of the year honors in 2010 and 2011. As a senior, Stutler was the Commonwealth District individual champion and triumphed in a one-hole playoff at Smith Mountain Lake to claim the Northwest Region title.

With Stutler occupying the top spot in the Wildcats’ lineup, Mountain View made its first two tournament appearances for the first time in school history.

“I don’t think we were the odds-on favorite to make it that far, either year,” he said.

Stutler’s individual and collective contributions on the links made him a sure bet as The Free Lance—Star’s golfer of the decade spanning 2010–19.

The son of a basketball coach and athletic director in Ben Stutler, Mason played virtually every sport growing up. Golf didn’t take hold until his early teen years, when he started taking lessons from Mike Byrd at The Gauntlet.

At the time, Byrd was working with a talented cohort of players who were around Stutler’s age. The group practiced together, playing rounds and contriving contests around the practice green.

“When things would wind down, he would separate from the group and go hit balls by himself,” Byrd said. “That was when you could start to see at a very early age, the difference between what Mason was going to get out of the game versus some of the other kids.”

Byrd tutored Stutler over the next few years, working on his ball flight and trajectory in particular.

“That kid would work until he got it,” he said. “I never had to worry about him saying ‘I’m going to try it my way.’ He would stick to the plan.”

That perseverance would come in handy once he graduated from Mountain View.

Stutler’s collegiate golf career began with a missed cut before he ever teed it up in a tournament. As a freshman, he failed to make the team at Division III Methodist University, where he was also enrolled in the school’s renowned PGA Golf Management program.

“I was kind of expecting to immediately start playing in college events,” Stutler said. “That was definitely a reality check. I had a sit down with the coach, and he gave me a checklist of things I needed to improve before I could get to where I aspire.”

He spent that year and the following summer tinkering his game, finally cracking the Monarchs’ roster as a sophomore. Compensating in Jordan-like fashion, Stutler earned first-team All-America honors as a junior and senior at Methodist, finishing 13th overall in the 2014–15 Division III Championships as Methodist won the national title.

Stutler, who earned his PGA certification in 2016, works as an assistant golf professional at Kinloch Golf Club in Richmond. He spends his days giving lessons, conducting club fittings, directing tournaments and overseeing the myriad tasks that keep a course running.

Stutler’s skills haven’t deteriorated much, either, as evidenced by his tie for 13th place in last week’s State Open of Virginia. He shared second place after firing a first-round 67 before shooting 74 and 71 to close out the three-day tournament at Ballyhack Golf Club in Roanoke.

Byrd now owns The Gauntlet Golf Club, the course where Stutler found his swing and got his start in the industry running golf carts. Among Bryd’s most treasured possessions in the clubhouse is a plaque commemorating the course record, a blistering 64 carded by a 16-year-old Stutler.

“Because I know that that round had such integrity,” Byrd said. “Every shot was counted, every putt was putted, and there’s no one better to symbolize the record.”

This week, The Free Lance-Star begins unveiling our All-Decade high school sports teams. We'll cover one season each week, starting with fall sports, and choose an athlete and coach of the decade, plus a look at the best individual season by an area team.

Here is this week's schedule:

Mason Stutler participated in a variety of sports as a youngster before finding his niche in golf at Mountain View High School.