ALL-DECADE GYMNASTICS: Chang led Stafford to new heights
0 comments
Share this
Only $5 for 5 months
1 of 2 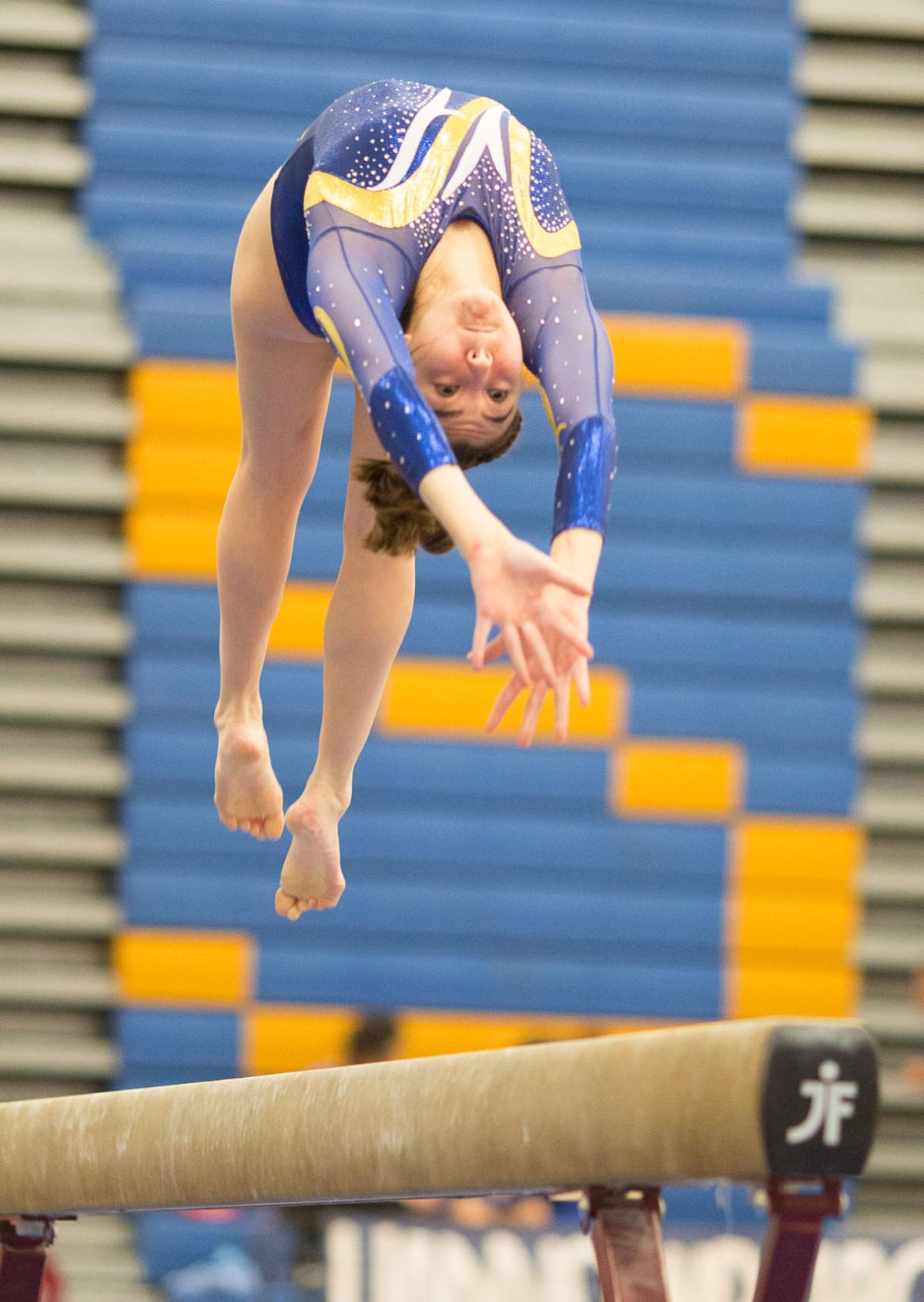 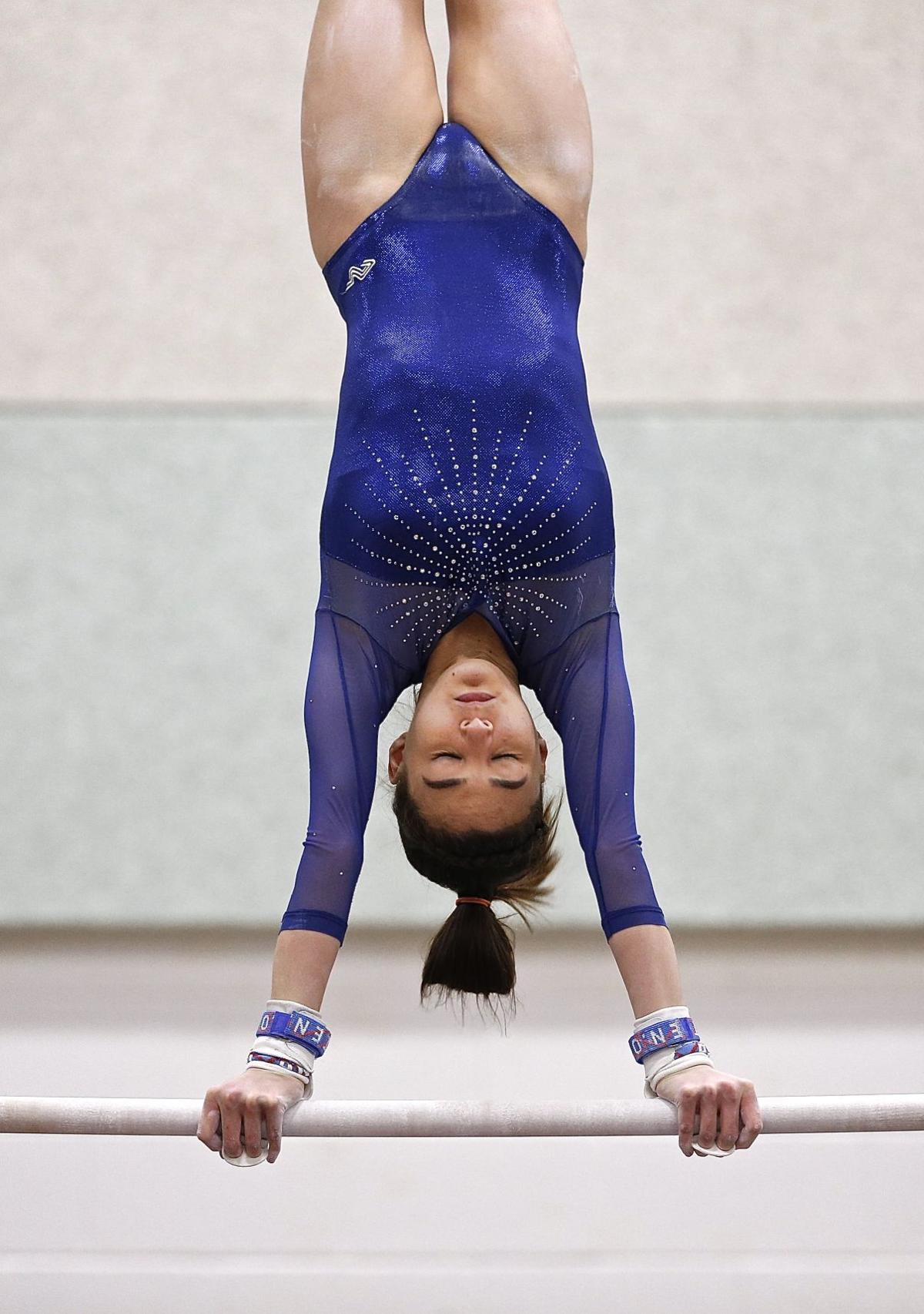 Stafford’s Jennah Chang excelled in all events, but she won a state title in the uneven bars.

Making tough decisions was not a problem for Jennah Chang.

The Free Lance-Star’s gymnast of the decade moved from Texas back to Stafford County in 2010 and competed for Paragon Gymnastics for several seasons before deciding to give up the sport as an eighth-grader.

A year later, she elected to try out for the Stafford High School gymnastics team and never regretted that decision. In four seasons, she helped lead the Indians to three state runner-up trophies in the team competition as well as a Class 5 state crown in 2017, her junior campaign. She concluded her career as the most decorated gymnast in school history.

Stafford was runner-up behind McLean in Class 6 in Chang’s freshman season. The Indians then sandwiched second-places finishes behind Patriot High School in both her sophomore and senior seasons before winning the state title in 2017 to become The Free Lance-Star’s team of the decade.

Chang gave a memorable effort in her final meet in 2018 during the individual state competition (for all classifications) at Heritage High School. She tied for first place on floor exercise, won uneven bars and all-around outright, captured second place on beam and placed sixth on vault.

“She was a born leader. the girls looked up to her even as a freshman,” Indians coach Shawn Thurston said.

“The biggest thing is she was one of most dedicated, motivated and genuine gymnasts I have ever coached,” Thurston added. “As a freshman, she still had a lot of skill and muscle memory of being a competing gymnast. . . She worked hard and [her teammates] liked that. She has so much charisma and confidence and the others were encouraged by that.”

Brynne Reeves was a senior at Stafford in 2014–15, Chang’s freshman year, and became something of a big sister to the talented freshman.

“She was shy and quiet at the start,” said Reeves, now co-head coach at Colonial Forge. “Over time, she came out of her shell and became the gymnast we knew she could be.”

Somewhat shy and totally focused when she was about to perform, Chang nevertheless would joke around and carry on with her teammates at the proper times. Before a meet, she usually found an isolated spot in the gym to mentally prepare for her routines.

Still, she quickly bought into the notion that the team came first and freely offered advice when a teammate asked for her help.

“We all depended on each other, no matter what happened,” Chang recalled. “There was great team bonding. Whenever anyone hit a new routine, we were all ecstatic.’’

Chang holds several individual school records, a noteworthy achievement since judging routines for high scores (9.7 or higher) is much tougher now than it was roughly 20 years ago, according to Thurston.

“She had beautiful lines and could spring out,” the veteran coach reflected on her bar routines, her strongest event.

Now a United States Marine Corps lance corporal stationed at Cherry Point, N.C. who works as an electrical technician, Chang said of her athletic career: “It definitely an achievment. I’m proud of myself.”

This week, The Free Lance-Star continues unveiling our All-Decade high school sports teams, with a look at the winter season. Here is the schedule:

ALL-DECADE: Track team of the decade: Louisa's 2011 boys had depth and desire

The Lions were the only boys or girls team in the Fredericksburg area to capture a track and field state championship from 2010–19. That made veteran head coach Jerry Cutright’s bunch the runaway choice for Free Lance-Star team of the decade honors.

Stafford’s Jennah Chang excelled in all events, but she won a state title in the uneven bars.