ALL-DECADE wrestling: Team of the Decade: Depth earned Colonial Forge a state title in 2012
0 comments
Share this
{{featured_button_text}}
1 of 2 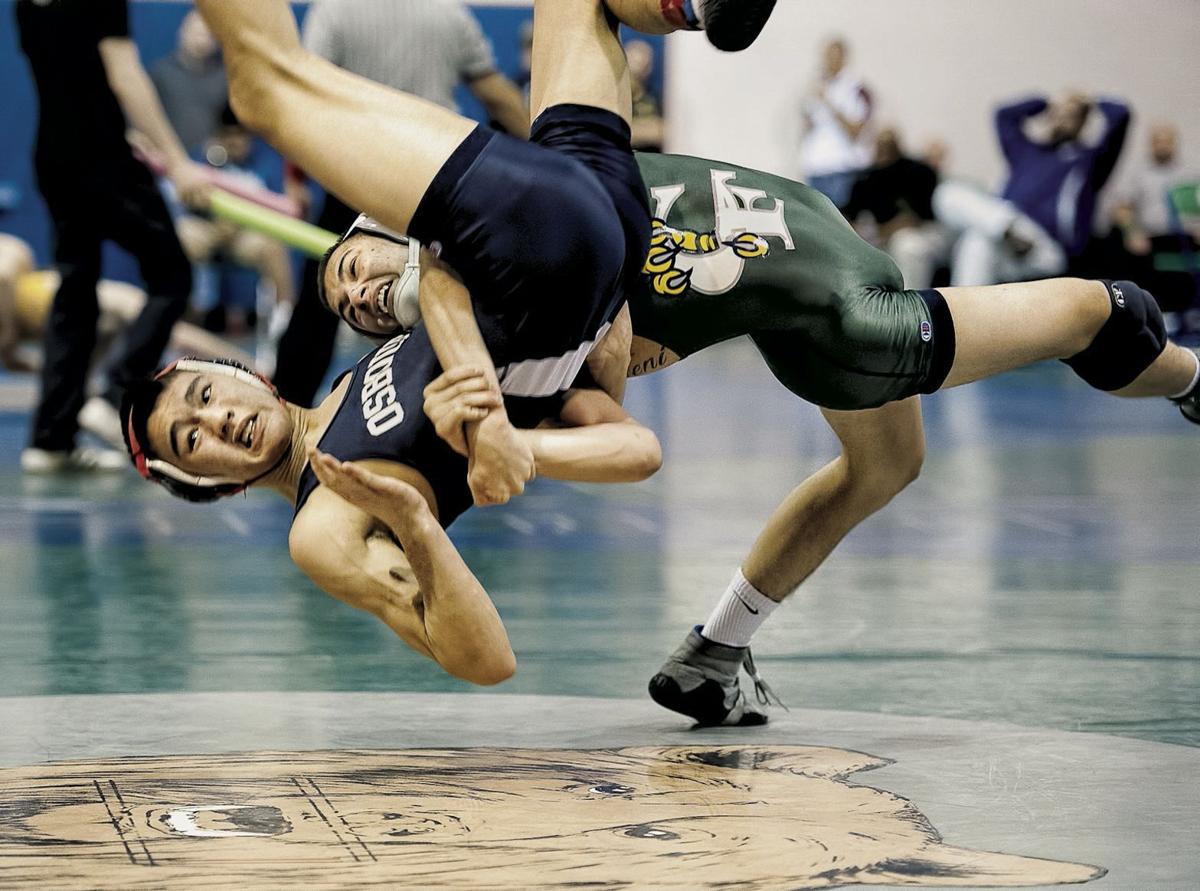 Toney Neis of Colonial Forge takes down his opponent during the Northwest Region wrestling tournament at Forest Park High School in Woodbridge on Saturday, February 11, 2012. 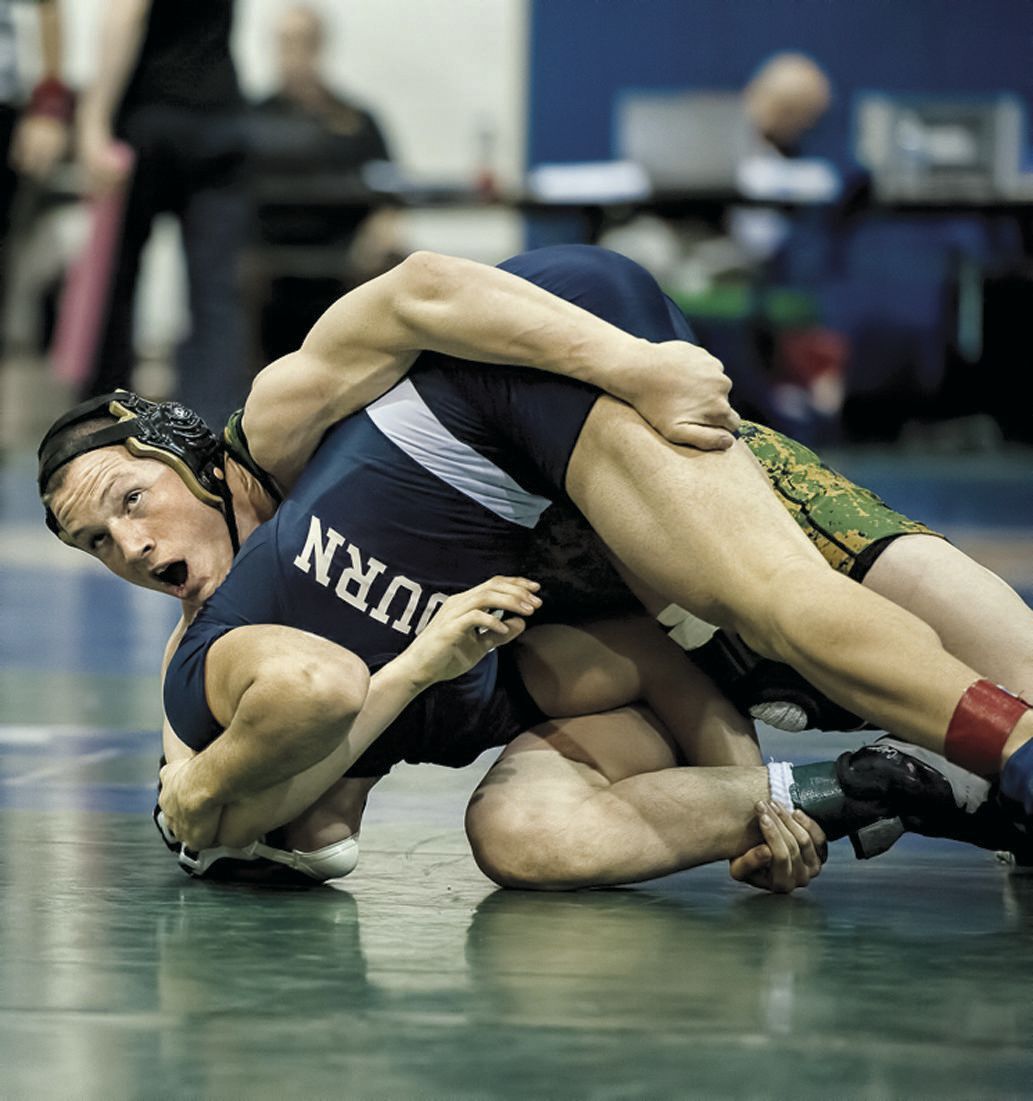 In a preseason training video, the camera pans to show Colonial Forge wrestlers sprinting, shooting moves and leaping forward, all with resistance bands tethered around their midsections.

Following a pair of disappointing seasons, nothing was going to hold the Eagles back in 2012.

If pressed, Swink probably wouldn’t label the 2012 squad as his best or most talented. But it may have been his deepest.

The Eagles sent just one wrestler—senior David Reck—to the championship finals of the Group AAA state tournament that winter, yet managed to surpass runner-up Robinson by 65 points in the team standings. Instead, Colonial Forge built its unassailable margin on the backs of an unprecedented 10 state placewinners.

That’s not to say The Free Lance-Star’s team of the decade was short on talent.

The Eagles tested their mettle on the national stage, finishing third at Escape the Rock (Pennsylvania) and sixth at Beast of the East (Delaware). They compiled a 27-3 duals record, with all three losses occurring at a prestigious event in Minnesota. Commonwealth District and Northwest Region titles followed in short order.

“All year, they were battlers,” Swink said. “We would go to big tournaments out of state, and those kids were placing, they were getting medals… We knew there weren’t a lot of superstars on that team. They were real lunch-pail type guys who were going to work at it.”

Some of that hunger came from a glimpse of Forge teams past. Back then, recent graduates of the program were a frequent presence in the Eagles’ wrestling room. Past state champions like Shane Gentry, Ian Squires and Joey Pantelo would spend their college breaks forging the next generation of wrestlers.

The Eagles also plied their trade outside of school hours. Reck set up a mat in his parents’ basement, and he remembers never wanting for practice partners.

“I think, more than anything, that 2012 team had a bunch of leaders,” Reck said. “And a different kind of leader, just people doing the right thing. Not people in your face or anything like that, just kids consistently wanting to do the right thing and wanting to get better and enjoying the sport.”

NFL Week 6 Market: Will weather be a factor?

Keep up with all of tonight's high school football scores right here in one place.

It was no secret to the James Monroe football team that it trailed Culpeper County by roughly two points for the No. 4 seed in the Region 3B p…

Lou Sorrentino figured it was time for a history lesson.

College notebook: Courtland grad Jones is on a scoring tear at Shenandoah

She already has one Old Dominion Athletic Conference player of the year honor on her résumé. Kelsey Jones is playing like she wants another.

Coming into Friday night's game, Massaponax had won nine out of the last 10 contests against Brooke Point, including a February matchup where …

High school football player of the week: Massaponax's Tyheem Kimble was the man on the spot

There was no time to question the play call.

High school sports roundup: Can you dig it? McBride hits a milestone

Toney Neis of Colonial Forge takes down his opponent during the Northwest Region wrestling tournament at Forest Park High School in Woodbridge on Saturday, February 11, 2012.